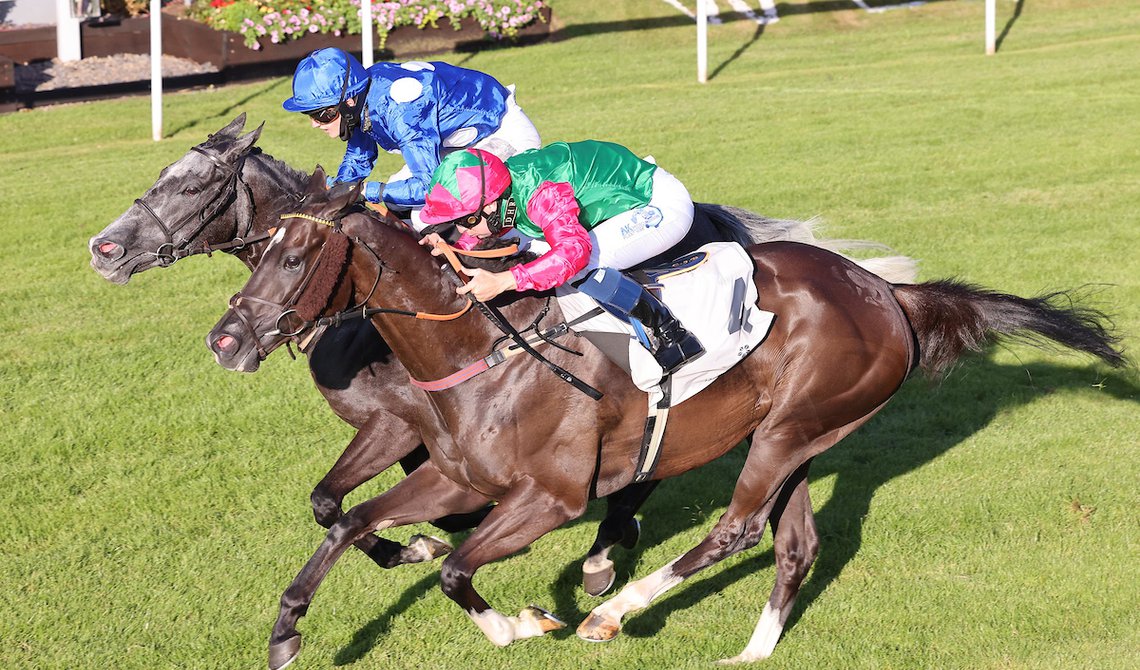 CONNOR Beasley is riding better than ever – six years after a terrible fall left him fighting for his life in hospital.

And the jockey, who had the biggest win of his career when the Michael Dods-trained Commanche Falls won Saturday’s Stewards’ Cup at Goodwood, may be the man to follow at Redcar tomorrow (Thursday).

Beasley, who hails from Spennymoor, suffered a fractured skull and spine, as well as extensive injuries to his neck, when his mount, Cumbrianna, crashed to the ground during a race at Wolverhampton in 2015.

But Dods was quick to praise the high-flying Beasley (pictured below) after his ride on Commanche Falls, and the rider will be well fancied to keep up the momentum when he partners Dods’ Blowing Wind in the Visit racingtv.com Median Auction Stakes. 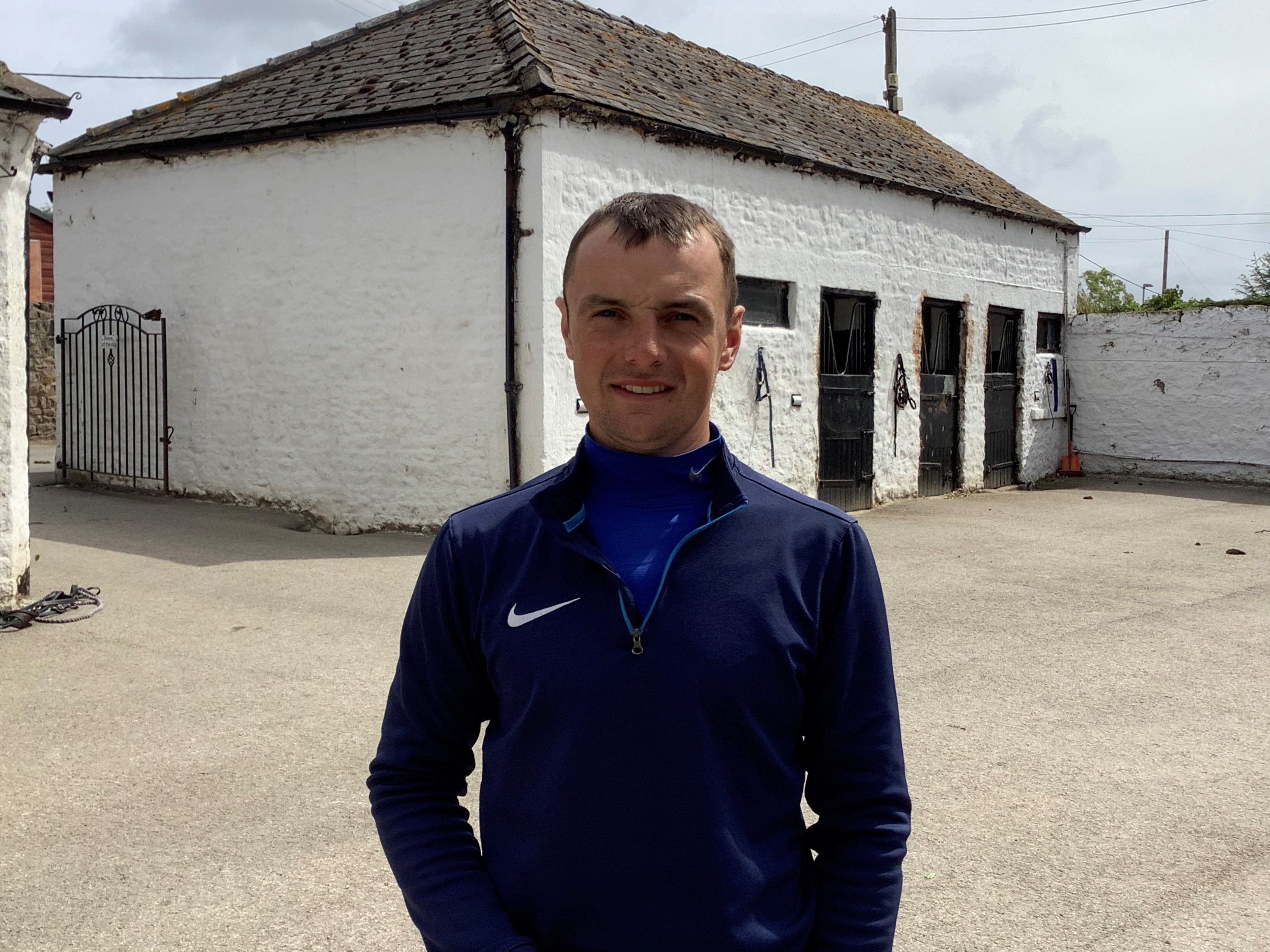 The three-year-old gelding looks poised to lose his maiden tag following a solid fourth in a York handicap last time.

Beasley also has a good chance in the preceding Every Race Live On Racing TV Handicap on David Barron’s Mereside Pearl, who was a staying on third to David O’Meara’s Odd Socks Havana at the last Redcar meeting. The Pearl Secret filly was beaten only a length that day and now meets the winner on 5lbs better terms.

A number of horses who shone at the last Redcar meeting are back for more, including Sweet Believer in the Join Racing TV Now Handicap.

The three-year-old filly, trained at Newmarket by William Haggas, looked progressive when easily landing a race over the course and distance just over a week ago (see picture below) and looks well capable of defying a six-pound penalty. Talented five-pound claimer Adam Farragher is back in the saddle. 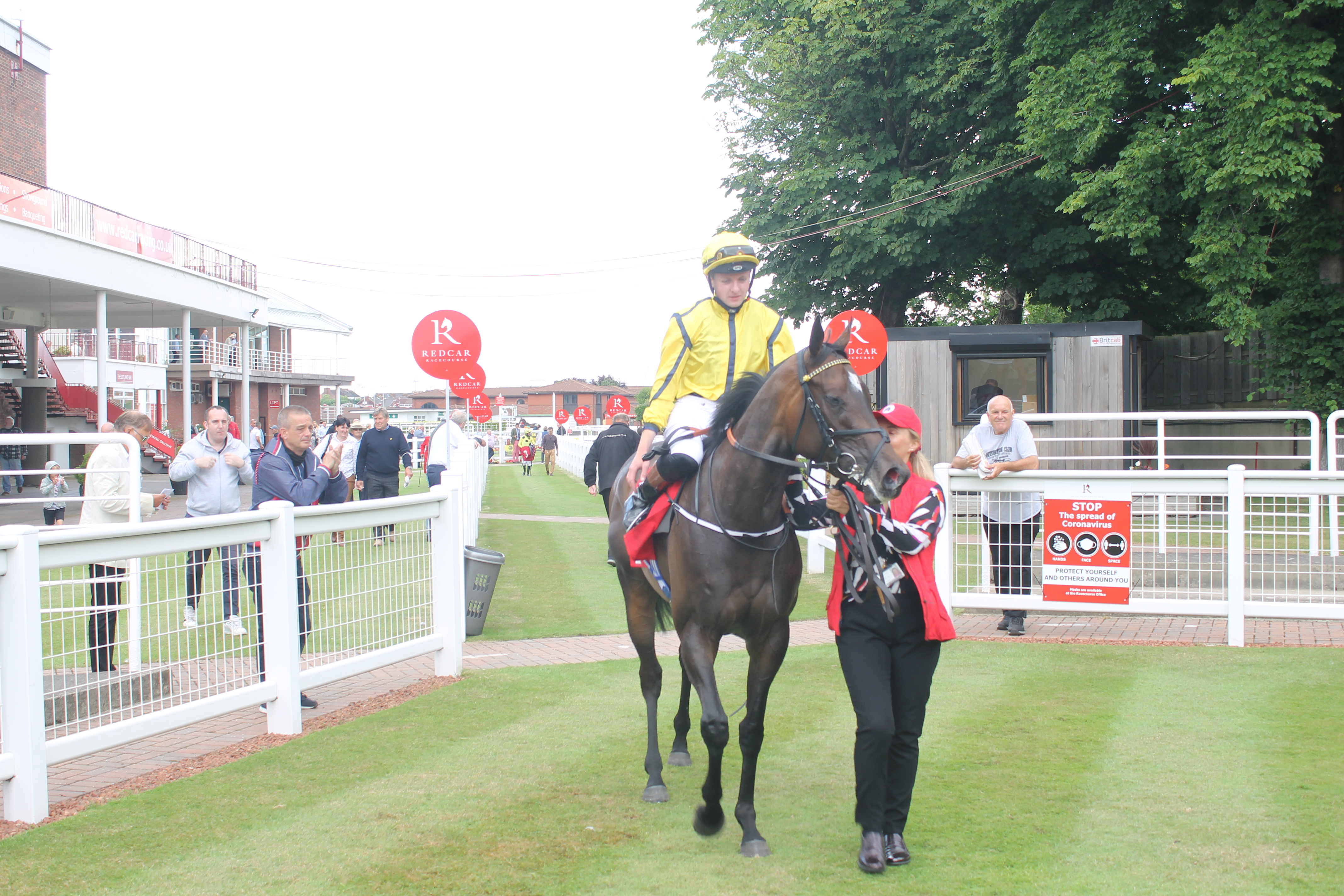 Malton trainer Tim Easterby is in fine form and he can strike with Eeh Bah Gum in the Market Cross Jewellers Handicap under another five-pound claimer, Ella McCain. The Dandy Man gelding racked up a four-timer in 2018, including two victories at Redcar. He’s dropped dangerously down the handicap and it’s surely a matter of time before his turn comes.

Fellow Malton trainer John Quinn is also on a good run and his Taipaa – well-backed when sixth in a sprint maiden at Ayr last time – should be competitive with a drop in grade and a visor added in the opening Best Flat Races Live On Racing TV Selling Stakes. Another in-form jockey, Jason Hart, takes the ride.

Classic-winning jockey Andrea Atzeni makes the trip north for a couple of plum-looking rides for Newmarket trainer Roger Varian, starting with Aquaman in the Watch Racing TV Handicap. The Kodiac colt won at Catterick in April and was only just touched off at Newmarket last time.

Atzeni then partners Bashosh in the Racing TV Handicap. The son of Dubawi is entered in two Class 2 races at Newmarket on Saturday but the stable has opted to head north for this Class 3. Only three runners have been declared but it looks competitive nevertheless, with William Haggas saddling the promising Sea La Rosa, and Kevin Ryan’s Forza Orta no forlorn hope, having been runner-up on each of his three runs.

The day’s climax is the Watch Race Replays On Racing TV Handicap. De Mazzaro, trained in Cumbria by Tristan Davidson, is on a hat-trick after wins at Nottingham and Musselburgh.

A filly called Rainbow Applause is likely to have her supporters despite being a likely outsider in the Visit racingtv.com Median Auction Stakes.

Sedgefield trainer Rebecca Menzies ran a competition on social media to name the daughter of Camacho and pledged that any winnings would go to NHS charities.

This is her second run, after finishing down the field on her debut at Catterick last month, and she’s guaranteed a big clap if she manages to get her head in front.