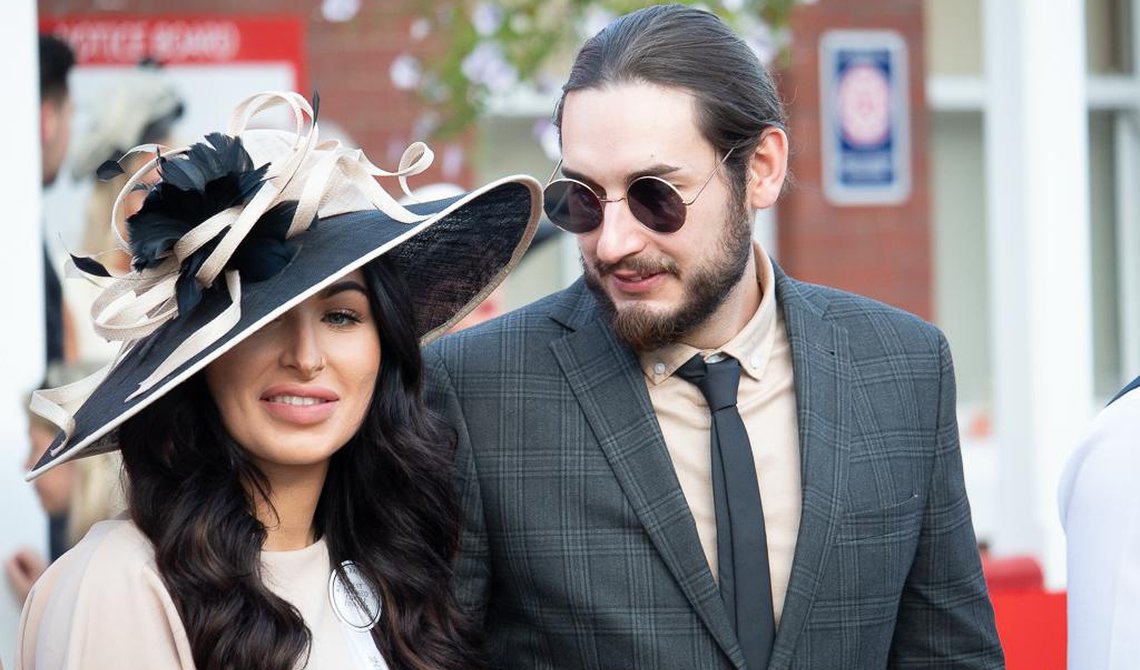 TEACHER Alex Moore is going to have to set his new designer watch for seven hours ahead after winning the Best-Dressed Couple competition at Redcar Races with partner Emma Carter.

Alex, who teaches PE, leaves to work in China next month but he and beautician Emma plan to stick together despite being nearly 5,000 miles apart.

The couple won stylish watches from sponsors, Market Cross Jewellers, as part of their prize in the competition at Redcar’s Gin and Gents’ Evening. Emma, from Redcar, won an Olivia Burton watch while Alex, from Hartlepool, won a Tommy Hilfiger watch.

They also won a one-day hat hire from Chic Hats, a cut and blow dry with styling products goodie bag from Orange Kerr and Beauty, a bouquet of flowers and bottle of champagne.

Alex, who has been teaching at the Endeavour Academy in Peterlee, added: “It’s going to be tough being so far apart but there’ll be lots of flowers and Skype calls. China’s seven hours ahead so I’ll have to re-set the new watch.”

Emma, who works at Hair Boutique in Saltburn, said: “We decided to enter the competition a week ago – I’d bought a new dress and hat, so I told Alex he had to match me.” 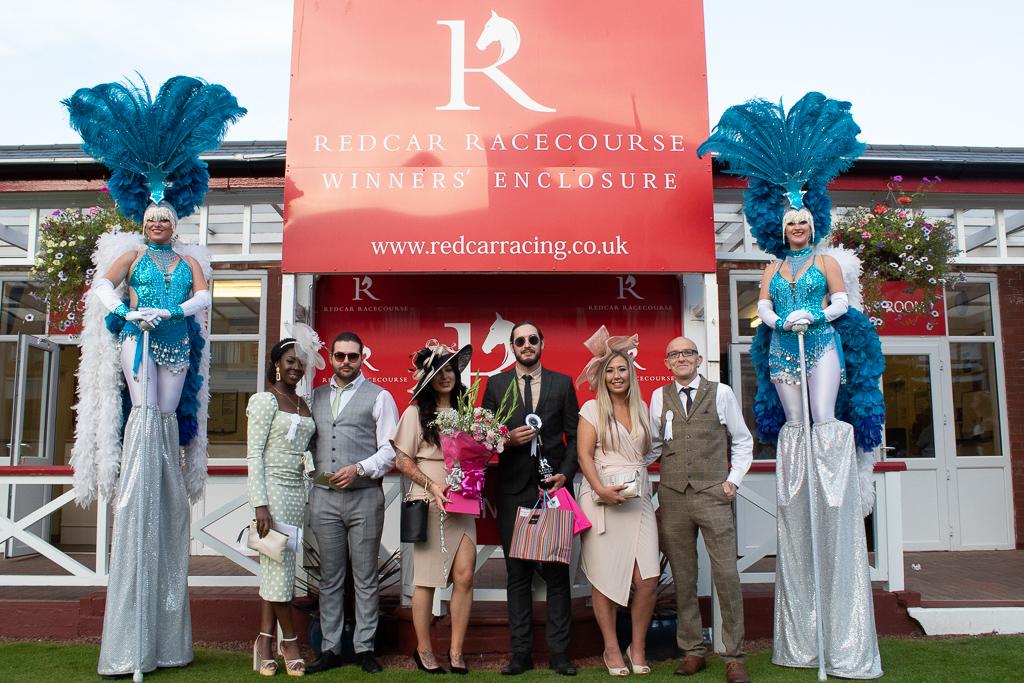 Lewis Cole and Korede Akintoye, from Brotton, were runners-up, while Hannah Polasek, from Ormesby, and James McCarthy, from Redcar, came third.

The winner of the Best-Dressed Gent competition was retired tailor and gentleman’s outfitter Maurice Dunn, of Redcar, in a fetching tweed blue suit with a green check. 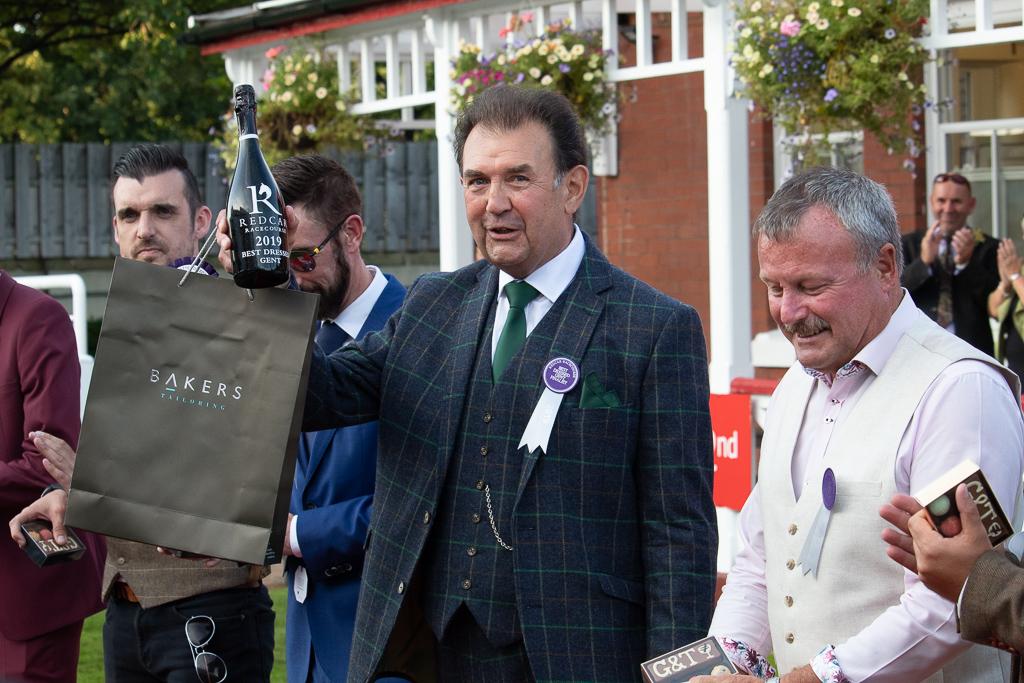 Maurice, who retired in 2012 after nearly 40 years managing shops across Teesside for Greenwoods, hadn’t planned to enter the competition when he arrived at the races.

“I bought the suit in York two weeks ago when I saw it on a dummy in the shop and I had my arm twisted to enter the competition,” said Maurice.

Maurice won a new wardrobe – including suit, shirt, tie, handkerchief and shoes – from Bakers Tailoring, plus a Hugo Boss watch from Market Cross Jewellers and a bottle of champagne.

Runner-up was Paul Tidy, of Saltburn, and Jack Willett, of Eston, came third.