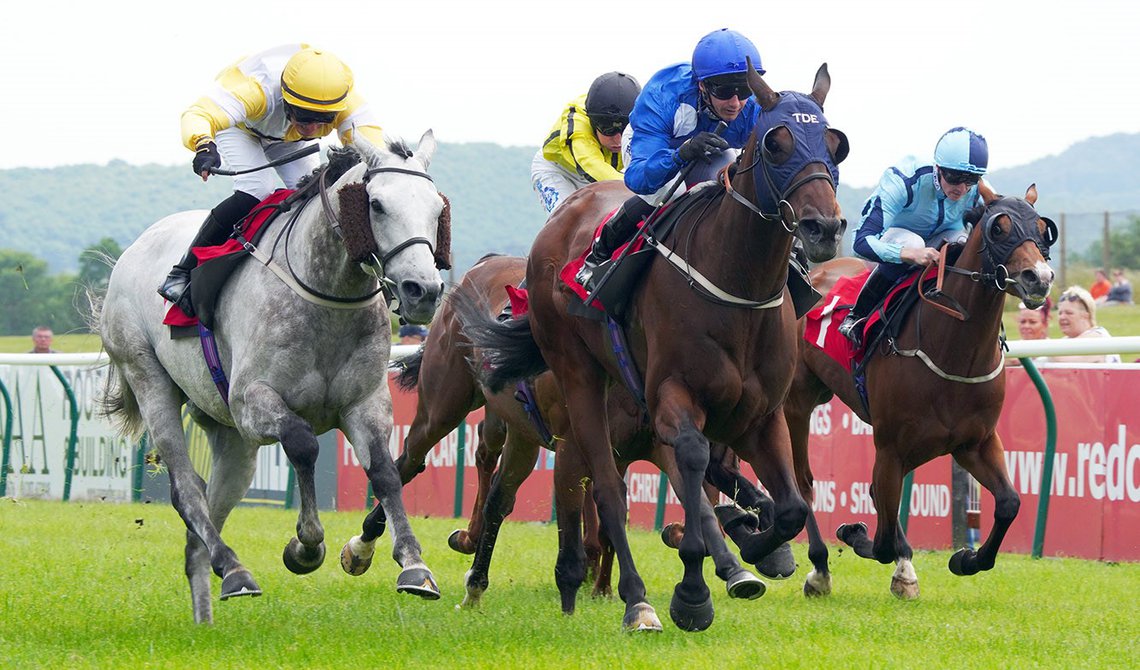 A PEACH of a ride by David Allan gave retired fruit and veg man Philip Hebdon the pick of the prizes at Redcar Races today (Friday).

Allan led from the start on Cassy O ­– owned in partnership between Mr Hebdon and friend Richard Taylor – to land the feature race, The racingtv.com/freetrial Straight Mile Handicap.

Mr Hebdon, who lives in Easingwold, had a fruit and veg wholesale business, as well as a shop in Thirsk and market stalls.

Mr Hebdon said: “He ran really well last time to be second at Carlisle and we were quietly confident today. David was always in control. It was our aim to qualify for the Straight Mile final and it’s a lovely feeling to achieve that.”

His wife, Angela, couldn’t be at Redcar because she was playing for Easingwold in a golf tournament at Saltburn, while co-owner Richard Taylor and his wife, Janet, were enjoying a day at Royal Ascot.

Easterby was also “delighted” with his 33-1 runner-up, Amadeus Grey, who is on the comeback trail after winning three times in 2020.

Cassy O, below, is entered in the Carlisle Bell Handicap on Wednesday, but the trainer said it would depend on how he came out of the Redcar race.

On a fruitful day for Malton, Nigel Tinkler with Prodigious Blue, who finally lost his maiden tag in the Come Racing On Ladies’ Day Tomorrow Maiden handicap.

The gelding, below, has had three seconds and a third on four previous runs at Redcar, but Faye McManoman’s brought him through with a well-timed run to win cosily.

McManoman said: “The gap opened nicely and it’s fantastic to get him off the mark.”

The horse is owned by Malton couple Ian and Pam Bendelow, who live close to the trainer’s yard. There were hugs for them both from the jockey in the winner's enclosure.

Mr Bendelow, who has had a successful career in engineering, said: “It’s been a learning curve because he used to drift but fitting a noseband has sorted that. I’d love to try to win a race at York with him.”

The progressive gelding, below, was making it three wins from five runs this year and Schofield said: "He's a confidence horse and he’s thriving. He’ll be an even better horse next year."

The horse is jointly owned by Margaret Lingwood, of Norton Grange Stud, at Malton, and she was represented by her husband Richard.

Mr Lingwood said: “The dam (Velvet Jaguar) still lives with us, and we get a lot of the offspring. Tony might well call it a day for this season now. He’s still a big baby and he’s improving with every run. Tony thinks he’ll be very good next year.”

The day started with in-form jockey Connor Beasley getting within one winner of his half century for the season as What A Dude, below, took the opening Start Your Racing TV Free Month Claiming Stakes for Berkshire trainer Mick Channon.

That was followed by an easy victory for Sea The Casper, below, a handsome son of the legendary Sea The Stars, who made it two out of two in the Try Racing TV For Free Now Novice Stakes under Dane O'Neill for Newmarket handlers Simon & Ed Crisford.

The north struck back when Animato, below, showed a good attitude in the hands of Jason Hart to land The Racing TV Free For A Month Handicap Stakes for David O’Meara in the colours of Cheveley Park Stud.

Jockey Oisin Orr is a new face on the northern racing scene after his surprise appointment as Richard Fahey’s new stable jockey, but he was riding for Newmarket trainer Ed Dunlop when winning the Watch Racing TV With Free Trial Now Claiming Stakes on Juan Le Pins, below.

And there was a victory for tennis fans when Novak, below, rallied well in the hands of Jamie Gormley to win the Watch Race Replay At racingtv.com Handicap Stakes for Scottish borders trainer Iain Jardine.