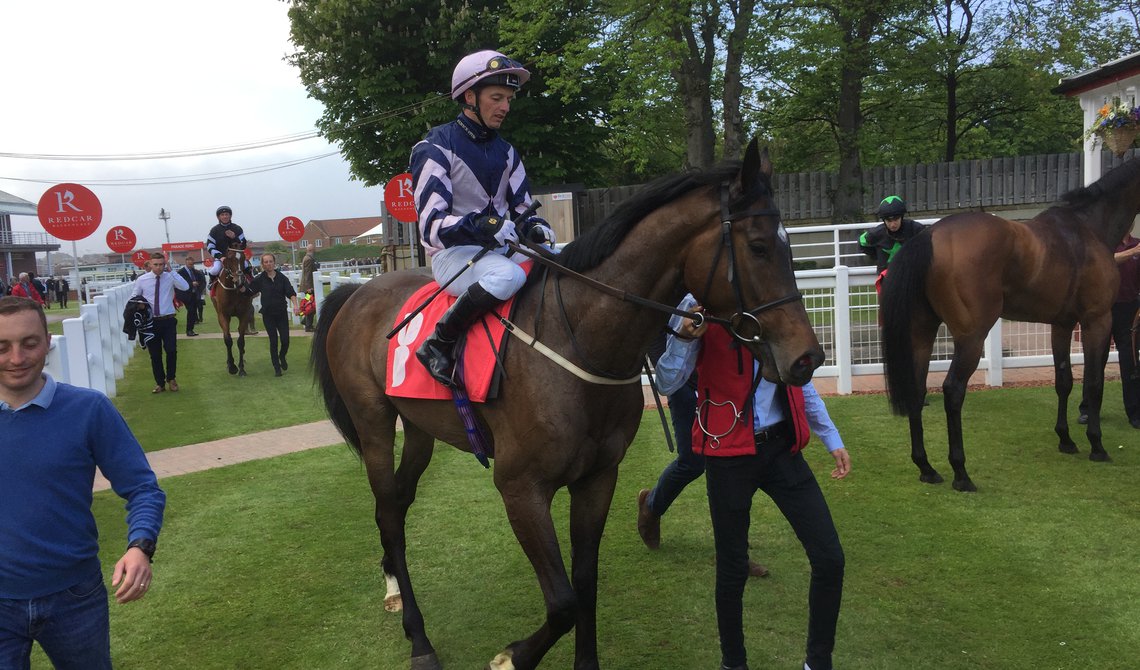 JOCKEY David Allan enjoyed one of the best days of his career at Redcar’s Caribbean Carnival meeting in 2018 – and he has a golden opportunity to star again this year.

One of the unsung heroes of the weighing room, Allan has an excellent chance tomorrow on board the progressive Golden Parade in the Market Cross Jewellers Handicap.

The gelding - based at Malton with Redcar’s champion trainer, Tim Easterby - has been a revelation since being dropped back to sprinting, winning at Wolverhampton and Doncaster. He looks capable of defying a 7lbs penalty, with David O’Meara’s in-form Betsey Trotter the main danger.

The formidable Allan-Easterby combination can strike again with course and distance winner Agravain in division one of the Happy Wedding Anniversary Mr and Mrs Brown Handicap. The gelding has scored three times from seven runs this season and has been freshened up after a disappointing run at Ripon last time.

Another eight-race card at Redcar gets underway at 1.15pm with the Best Flat Races Live On Racing TV Selling Stakes. Lambourn trainer Archie Watson has a fine strike-rate at Redcar and his Calippo, who has won twice from six starts this season, has solid credentials, with Pierre-Louis Jamin claiming seven pounds.

The southern battalions also look poised to land the second race, the Celebrate The Life of Ann Allport Median Maiden Auction Stakes. Newmarket trainer David Lanigan sends up Burning Topic, a neck second at Yarmouth on her last run having been off the track for 244 days. That should have put the filly spot on to go one better under Paul Mulrennan.

Another Newmarket raider, Cheer The Title, trained by Tom Clover, could get lucky in the Join Racing TV Now Handicap. He was a good second in a Sandown handicap 17 days ago and will get every assistance with former champion jockey Paul Hanagan in the saddle.

Hanagan also has a live chance in the The Watch Racing TV Handicap on Middleham trainer James Bethell’s Ulshaw Bridge. The gelding followed up a solid second at Redcar with another good run to be third in a Newmarket handicap last time. David O’Meara’s Hajjam is a three-time course and distance winner and shouldn’t be discounted despite being out of form lately.

The handsome Dubawi gelding Country made a good impression when winning at Redcar in April and won again at Ripon last time. Trained at Newmarket by the always-respected William Haggas, Country is back for more in the Racing TV Straight Mile Series Handicap.

Anyonecanhaveitall, trained at Middleham by the record-breaking Mark Johnston and ridden by Andrew Mullen, is the choice for the concluding race at 5.05pm. The gelding was fifth when favourite at Catterick last time but all four of those in front of him have won since.