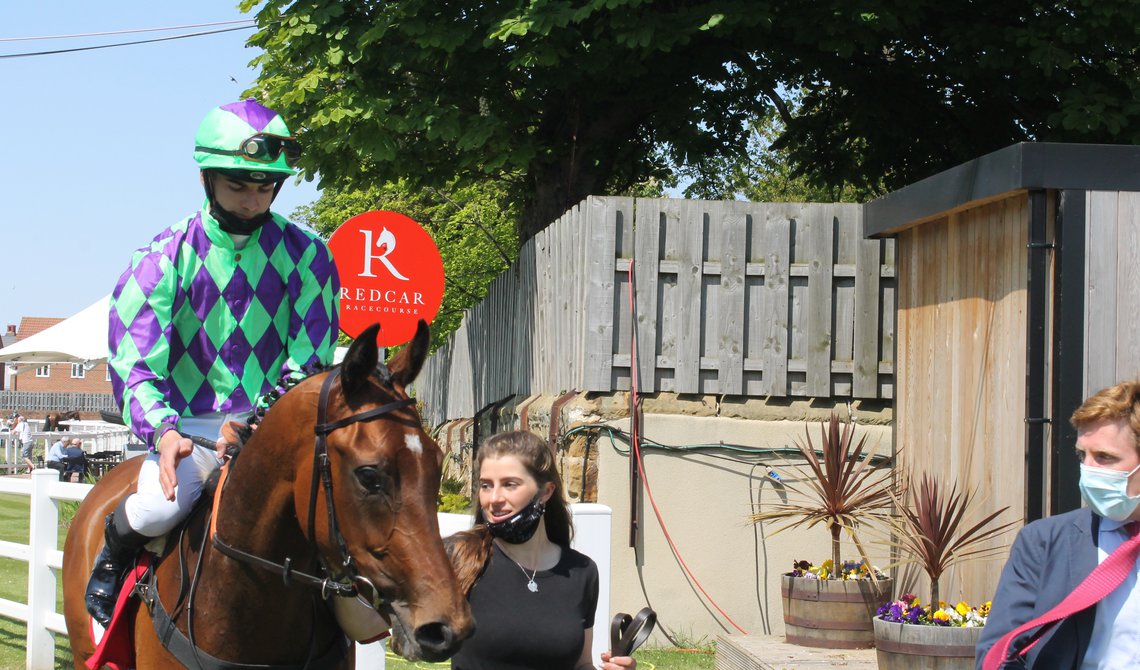 KEVIN Philippart De Foy may be classed as a rookie but he has benefited from the experience of some of the world’s best trainers en-route to taking over Ed Vaughan’s yard at Newmarket last November.

The Belgian-born handler has clocked up 22 winners in a promising first full season, and he will have high hopes of adding to his tally when Smooth Talking lines up for the Market Cross Jewellers Nursery at Redcar on Tuesday.

De Foy (pictured below) served a long apprenticeship in Chantilly under Criquette Head and has also worked in Ireland with John Oxx, and America with Christopher Clement, before becoming assistant trainer to James Fanshawe at Newmarket.

A CV doesn’t come much better than that and the trainer with one of the most exotic-sounding names in racing has already struck at Redcar this season when Rock Melody (see main picture) won in good style in June.

Smooth Talking, a son of Aclaim, was an impressive winner of his last run at Epsom and will be well fancied to follow up with the able assistance of PJ McDonald.

Redcar stages another eight-race card, starting at 1.10pm with the Join Racing TV Now Restricted Novice Stakes. Le Beau Garcon, trained at Malton by Mick and David Easterby, ran on handsomely over five furlongs last time out at Beverley, having shown promise to be second at Catterick on his debut. In-form Paul Mulrennnan rode him on both occasions and comes back for more.

Another Malton trainer, Declan Carroll, had a nice winner at the last Redcar meeting with the one-eyed Jack Daniel and he’ll be optimistic about following up with Asmund in the Visit racingtv.com Apprentice Handicap.

Asmund has done a fair bit of travelling on his last two runs, finishing second of 12 up at Ayr and then third down at Yarmouth. He hasn’t been out of the frame in his last five runs and it’s time his consistency paid off, with three-pound claimer Zak Wheatley in the saddle.

TV presenter and highly successful jockey Megan Nicholls – daughter of champion national hunt trainer Paul Nicholls – has a solid chance of adding to her long list of winners when Sucellus goes to post for the racingtv.com Handicap.

Nicholls was in the saddle when Sucellus, trained in Cheshire by Oliver Greenall, won at Haydock last time out, beating David O’Meara’s decent gelding Star Shield by a neck close home.

Interestingly, the race was won last year by Ed Bethell’s Artistic Rifles, who has gone from strength to strength this season, rising to Group 3 level at Haydock earlier this month.

Tim Easterby is having another cracking season and his Wade’s Magic – a winner at Ripon last time – will be a popular choice in the Racing TV Profits Returned To Racing Handicap.  Five-pound claimer Ella McCain, granddaughter of Red Rum’s trainer Ginger McCain, is having a fine season, with 22 winners so far, and is back in the saddle.

Another female rider, Faye McManoman, rode her first ever double for Malton veteran trainer Nigel Tinkler at Redcar earlier in the season, and the combination catch the eye again with As If By Chance in the Every Race Live On Racing TV Novice Stakes.

As If By Chance ran a cracker to be second in Jack Daniel’s race at Redcar on August 5. Indeed, in three runs at Redcar, the three-year-old gelding has been second twice and fourth once. He clearly likes the track and can go close again.

Desert Quest, trained in the Scottish borders by Ewan Whillans, is on a hat-trick after wins at Nottingham and Hamilton. He stays the one mile six furlongs well and can make it a three-timer under Cam Hardie in the Watch Replays On racingtv.com Handicap (Division One).

The card comes to a close at 4.55pm with the Watch Replays On racingtv.com Handicap (Division Two) and this can go to the evergreen combination of Mark Johnston and Joe Fanning with recent Catterick scorer Overthink.