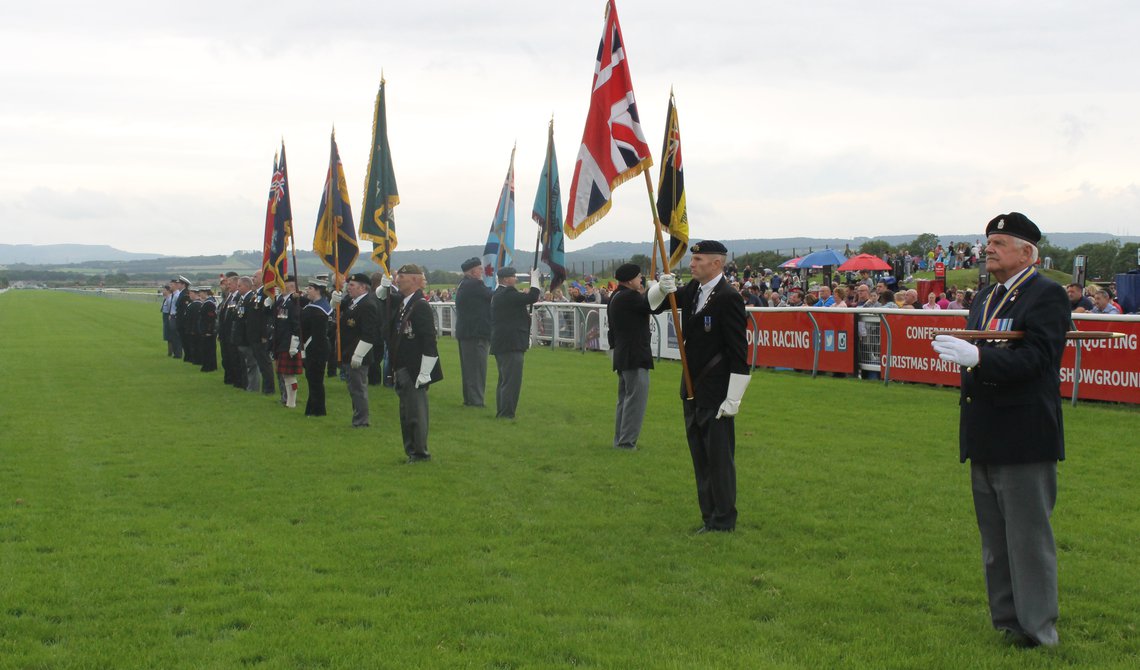 MEMBERS of the armed forces are being offered a free day out this weekend as a North-East racecourse revives the spirit of the war years.

Redcar Racecourse is staging its “1940s Revival Day” in aid of Help For Heroes and the Royal British Legion on Sunday.

And members of the armed forces will be given free admission on production of a valid Ministry of Defence 90 card.

Racegoers are being encouraged to dress up in period costumes while they enjoy nostalgic music from the era and view fascinating displays of wartime memorabilia.

The Best Revival Outfit Competition takes place after the feature race of the day, The Sky Bet Go-Racing-In-Yorkshire Summer Festival Handicap Stakes, which is the 5th race on Sunday’s card at 4.20pm.

A parade by standard-bearers from the Royal British Legion and Naval, Army and RAF cadets will take place after the third race at 3.10pm.

Members of the Sedgefield Veterans will be dressing up in costumes from yesteryear, as well as bringing vintage military vehicles.

Meanwhile, music from the 1940s will be provided by The Fenner Sisters, who will be reviving the golden sounds of the era, including The Andrews Sisters and Glenn Miller.

Sunday’s meeting is the second day of the Go Racing In Yorkshire Summer Festival, which gets underway at Ripon on Saturday. Mascot horse Festival Freddie will be making a guest appearance, along with Hero Bear, from Help For Heroes.

Redcar’s general manager Amy Fair said: “This is one of our premier meetings of the year and, for the past nine years, it has been used to honour members of our armed forces as well as raise money for Help For Heroes and the Royal British Legion.

“This year, we want to take it to a new level by encouraging racegoers to dress up in period costume, enjoy nostalgic music, and see some fascinating parades and displays.”

Gates open at 11am and the first race is at 2pm.