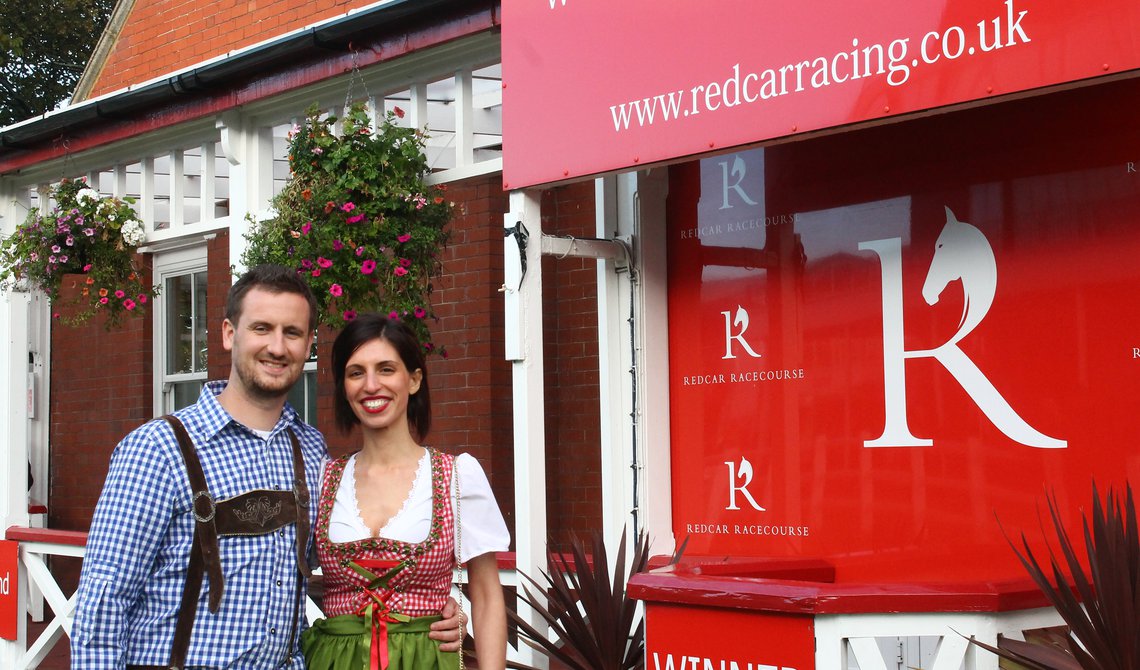 PUNTERS will be letting their “herr” down this weekend as a North-East racecourse prepares for another fun-packed invasion of pig-tailed Frauleins and lads in lederhosen.

The popular Oktoberfest Beer Festival returns to Redcar on Saturday with steins on tap, sizzling bratwurst, and rousing oompah music among the attractions alongside high-quality racing.

A Best Bavarian Outfit competition will again be staged, with the winners earning themselves four VIP tickets for a day’s racing at Redcar, including a table in the restaurant and three-course lunch. They will also be able to toast their victory with four places on a Theakston Brewery tour.

The runners-up will win four tickets to Redcar Races and third prize is two tickets to a future meeting at the seaside course.

Last year’s fancy-dress winners were Ben Johnson, a mechanical engineer from Middlesbrough, accompanied by fiancée Daniella Marchetta, and another big entry is expected.

The Yorkshire Oompah Band will be back by popular request after entertaining the crowds last year.

As well as lots of Bavarian fun, there’s also high-class racing on the card, with the highlight being the £175,000 Racing TV Two-Year-Old Trophy.

Redcar’s general manager Amy Fair said: “It never ceases to amaze us how much people in this area love to dress up – and the Oktoberfest meeting is always a spectacular showcase for the North-East sense of humour.

“The day is a unique blend of great fun and fantastic racing, with the fancy-dress extravaganza alongside our most valuable race of the year. We’re looking forward to another memorable day.

Gates open at 11am and the first race is scheduled for 1.45pm, with adult admission from just £6.