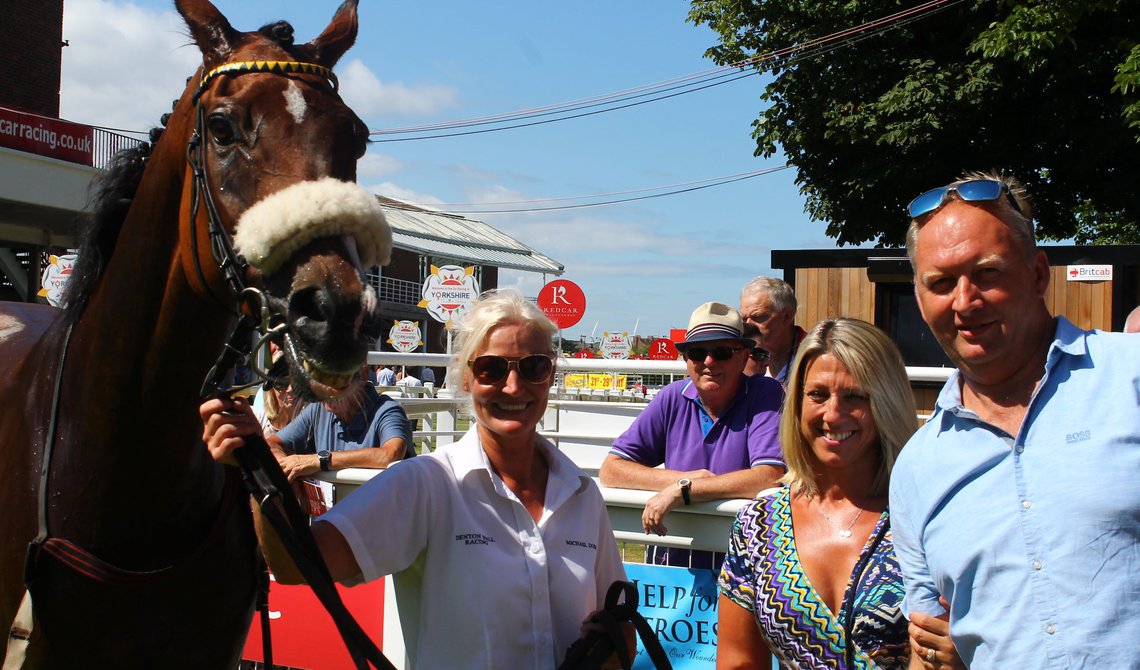 Kawada, who is spending the summer with Varian, has won classics in his home country and is considered to be the heir to Japanese legend Yutaka Take.

Star Shield will surely come on for his debut fourth at Newmarket and can give Kawada his first British win.
French rider Gerald Mosse, winner of the Prix De L’Arc de Triomphe on Saumarez in 1990 and among the winners at Glorious Goodwood this afternoon, is another rare visitor to Redcar. Now based in Newmarket, Mosse will be fancied to win the Racing UK Profits Returned To Racing Handicap Stakes on Ed Dunlop’s Global Style. The colt drops back to the distance over which he finished second of 13 at Redcar two runs ago and looks ready to get his nose in front.

Michael Dods, who trains at Denton, near Darlington, is in irresistible form at present, and has a strong hand, starting with Amazing Alba in the opening Best Flat Races Live On Racing UK British EBF Novice Stakes. The filly has come up against smart horses in Richard Fahey’s Eljayeff and Mark Johnston’s Chapelli in her two runs so far and is well thought of by her trainer. Kevin Ryan’s Rathbone, beaten favourite at York last time, is a clear danger.

Dods would be a popular winner of the Racing UK HD On Sky 426 Selling Stakes with the evergreen 13-year-old Kiwi Bay going for an eighth Redcar win. The gelding ran a cracker to be second to Tim Easterby’s Power Sail at the last Redcar meeting, with the winner getting first run. Dods is convinced there is another win in the old-timer and, dropped to a seller on his favourite track, this could be his opportunity.

The Denton handler is also worth noting in The Get So Much More With Racing UK Handicap Stakes, with the improving Foxtrix making her handicap debut under one of the riding finds of the season, Paula Muir.

Feature race of the day is the Racing UK Straight Mile Series Handicap Stakes and David O’Meara’s Weellan looks the answer. The gelding stayed on well to win at Ripon last time and can defy top weight under David Nolan at the expense of Tim Easterby’s Poet’s Dawn.

Clergyman wasn’t disgraced when second in a decent seller at Thirsk last time and is fancied to land the Get So Much More With Racing UK Handicap Stakes for trainer Rebecca Bastiman and jockey Lewis Edmunds.