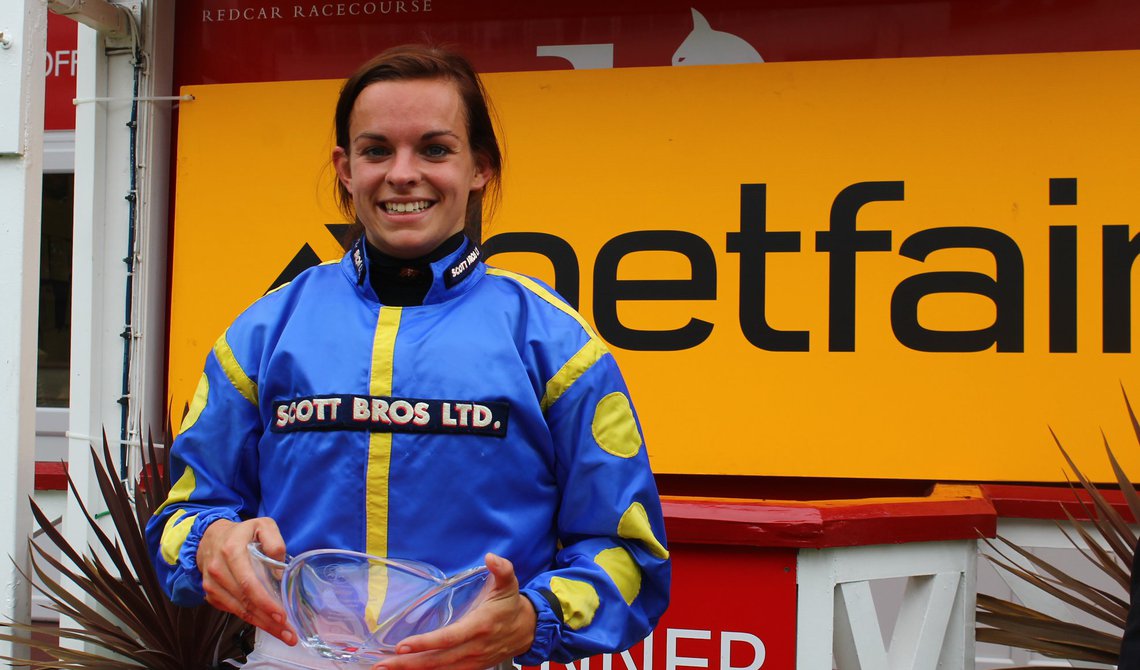 Yorkshire Day lived up to its billing at Redcar Races today with six out of the eight winners trained in the White Rose county.

Yorkshire winner number one came in the opener, the Best Flat Races Live on Racing UK British EBF Novice Stakes, which was won in a three-way photo-finish by King of Tonga, trained in Malton by Richard Fahey Racing and ridden by David Nolan.
Venetia and Nicholas Wrigley, from Ganton, in North Yorkshire, own the horse in partnership with friend Kevin Hart and three Manchester United directors, Richard Arnold, Bobby Leitao, and Ed Woodward.
Mr Wrigley said: "It was such a close finish and we honestly thought we were third. It was a nice surprise to hear his number called."

The Fahey-Nolan combination secured a double when Andok stayed on well to win the Racing UK Profits Returned to Racing Handicap Stakes by another nose.

Odds-on shot Jacbequick, trained in Upper Helmsley by David O'Meara Racing and ridden by claimer Conor McGovern, rallied well to win the Racing UK HD On Sky 426 Selling Stakes and was bought in for £7,500.

Meandmyshadow came next for the Yorkshire brigade, winning her 17th race for Malton trainer Alan Brown. The 10-year-old mare, who was ridden by Andrew Mullen, was bought as a yearling for just £2,500 and has won more than £70,000 over the years.
“She was going to go breeding at the end of last year, but it was a bit late, so we kept her in training and she’s just given us brilliant fun. She’ll definitely be retired to stud at the end of the season,” said the trainer.

The meeting came to a fitting Yorkshire Day climax in race eight when Thornaby Nash, trained by Karen Tutty Racing in Northallerton, and ridden by a thrilled Amy Collier (pictured), from Malton, landed the Betfair Novice Amateur Riders' Handicap Stakes.
Amy, who was riding her second winner from five rides, said: “He was on the bridle all the way and I just let him go.”

Yorkshire aside, it was also a memorable day for rising Japanese star Yuga Kawada who gained his first UK win on Star Shield for Roger Varian in the Racing UK Extra On http://racinguk.com Novice Stakes.
"I will never forget this place, Redcar," he said. "I am so happy."

The remaining race was won by Darlington trainer David Thompson who saddled Someone Exciting to win the Get So Much More With Racing UK Handicap Stakes under a confident ride by Callum Rodriguez.