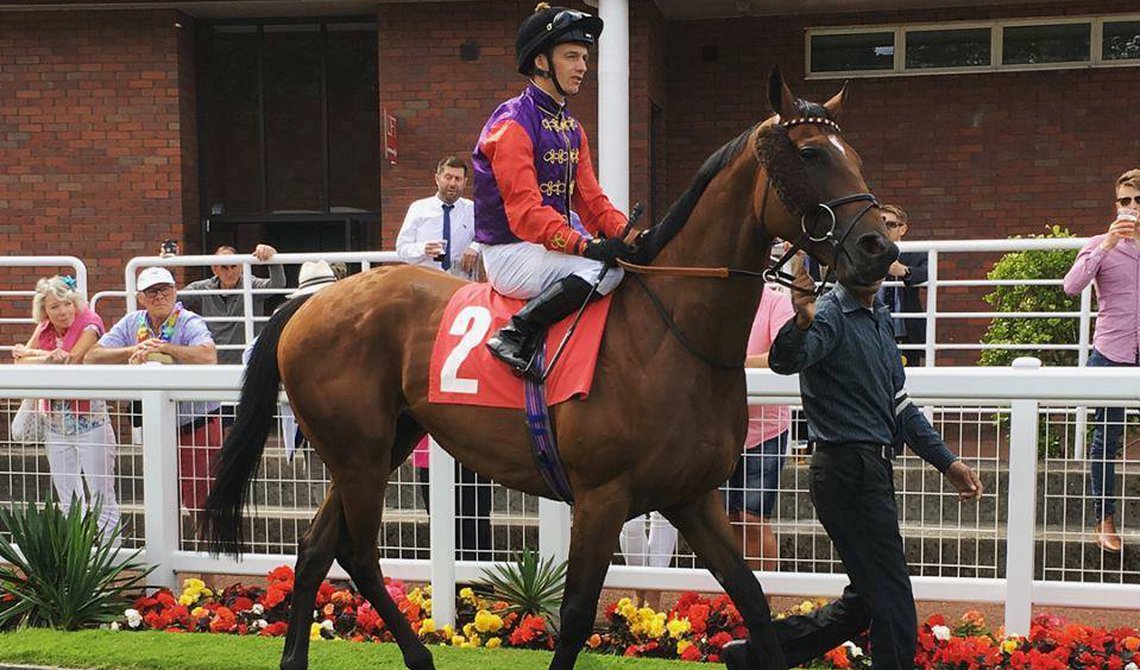 Jockey David Allan strung together his first four-timer with The Knot Is Tied finishing off a day to remember at Redcar this afternoon.

Allan, who was first past the post for four different trainers, was the master of understatement after his 350-1 accumulator, saying: “It’s been a pretty good day.”

The Knot Is Tied, trained by Tim Easterby, had won at Catterick on Tuesday and followed up with an authoritative victory from the front in the Gin & Gents’ Evening 25th August Handicap (Division Two).

Allan’s first winner on the eight-race card had been in The Queen’s famous purple and red colours when Humbolt Current took the DFDS World’s Best Ferry Operator Handicap Stakes in determined style. The gelding, trained at Newmarket by William Haggas, outstayed Mark Johnston’s Tight Lines in a close finish.

The jockey’s double came on Julie Camacho Racing’s Malton-trained 9-1 chance Dalton in the Watch More Racing UK Extra Handicap and a treble followed in the next race on Presidential for trainer Roger Fell Racing.

Camacho sealed a double when Bill Cody gunned down the opposition under five-pound claimer Connor McGovern in the Gin & Gents’ Evening 25th August Handicap (Division One).

Middleham trainer Mark Johnston Racing edged ever closer to Richard Hannon Senior’s record of training 4,193 winners in Britain when Masham Star took the Racing UK Handicap in good style under seven-pound claimer Oliver Stammers.
Masham Star had run twice in a week at the Goodwood Festival and was dropping down in grade and yet still started at 5-1.

The winning jockey, who hails from Essex, joined the all-conquering Johnston yard last summer and got his apprentice licence in February. This was his sixth winner from 43 rides.
“It’s my first time at Redcar and it’s a lovely track so I really enjoyed it,” said Stammers. “The drop in grade from running in Class Two handicaps gave him a lot of confidence and he deserved it.”

The Johnston stable’s travelling manager Mark Billingham said: “It’s obviously an exciting time for everyone at the yard and the record is really close now.”

The competitive card got underway with Mick Channon, West Ilsley Stables’ Red Flower, ridden by Nathan Evans, making the long trip from Berkshire pay off in the Racing UK HD On Sky 426 Selling Stakes, although there was no bid at the auction.

And there was a cracking finish to the Celebrate The Life of Ann Allport Median Auction Stakes, with David Simcock Racing Ltd’s Newmarket raider getting up by a nose in the final stride to deny Dane O’Neill on the William Haggas trained Jurran.