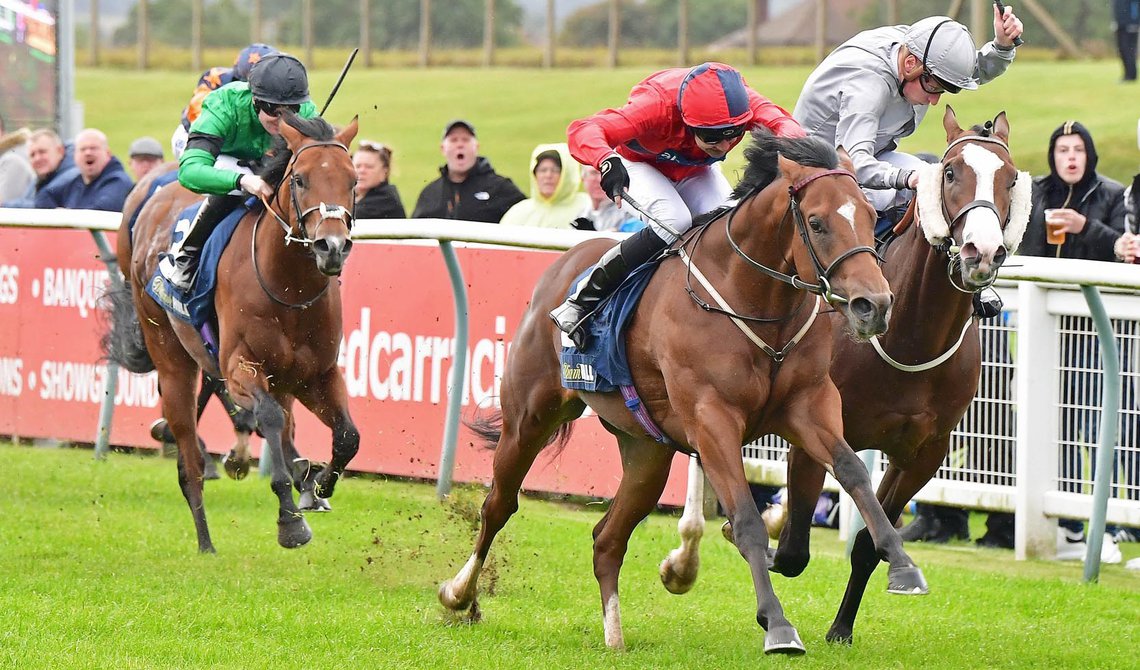 REDCAR’S richest race of the season had a dream ending as bargain colt Chipotle made the long trip from Oxfordshire worthwhile with a tenacious victory in the £150,000 William Hill Two Year Old Trophy. 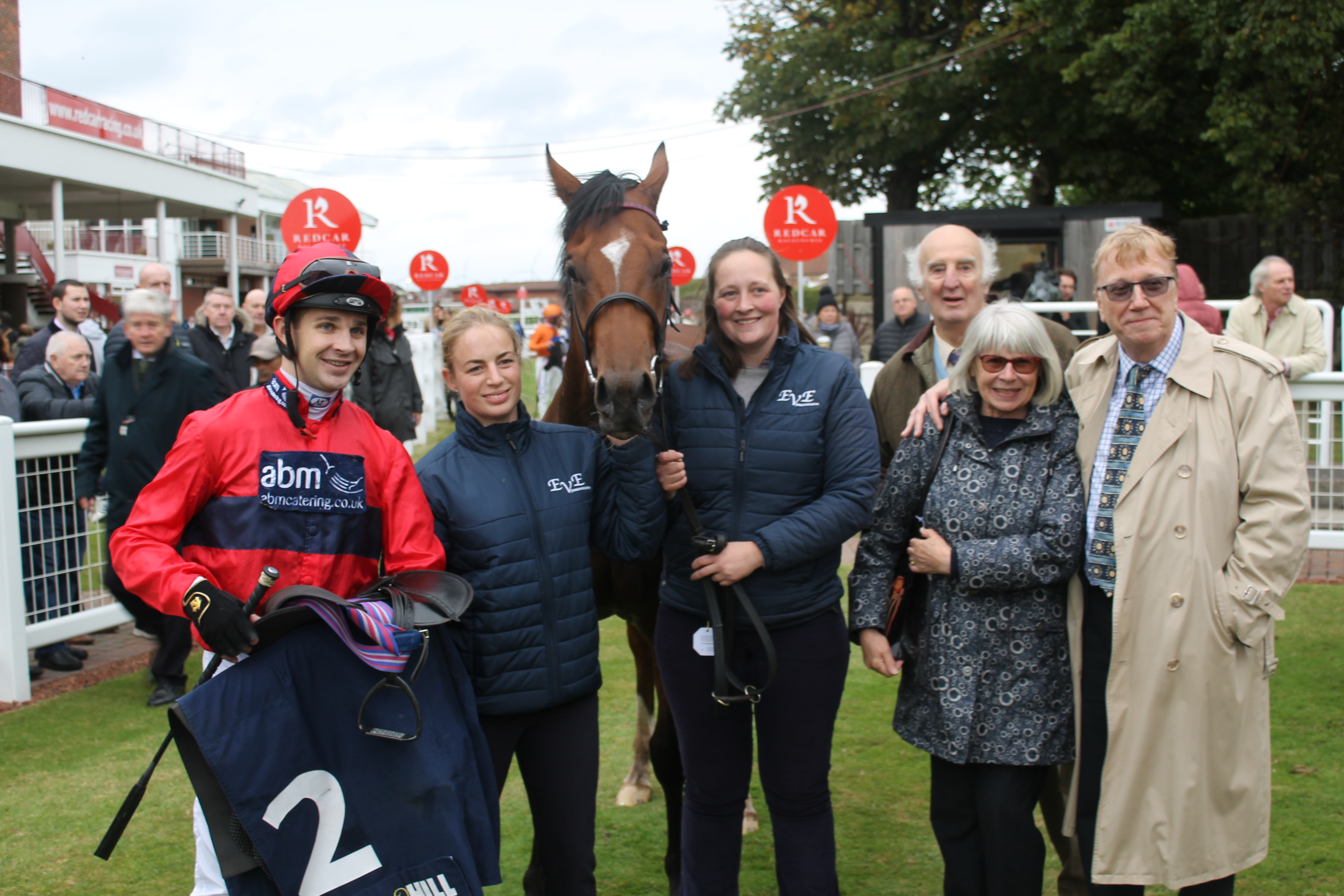 He’d been highly tried since, including in the Group 1 Nunthorpe Stakes, but enjoyed another big payday for The Woodway 20 syndicate by overhauling Karl Burke’s Last Crusader close home under Charlie Bishop.

The jockey said: “He got me out of a bit of trouble. With it being his first race over six furlongs, I wanted to hold on to him. He had a mountain to climb but he has a bit of class and is really tough.

“It’s massive for the owners and winning at this time of year usually means they’ll train on, so that’s exciting.”

The trophy was collected on behalf of The Woodway 20 by Wendy Page and Maurice Thomas. Wendy said: “Part of the deal is that we only have him for one season, and he’ll go to the sales now, but what a season we’ve had. I can’t stop smiling.”

Johnston said: “He was a little bit on his toes, which was a concern, but Joe said the hardest part was pulling him up. When they came to him, he found another gear.

“He gets a bit on edge at home, but we thought he’d have a decent chance and we’ll probably find another race for him this season.”

The son of New Bay is owned by Titanium Racing Club and was bought for 120,000 guineas at the Goffs Breeze-up sales.

Syndicate manager Megan O’Brien said: “He was over budget, but I really wanted him, and he couldn’t have done that any easier.”

The Muhaarar filly battled on well to outgun recent Thirsk winner Alethiometer, trained at Denton by Michael Dods, who ran another promising race in defeat. 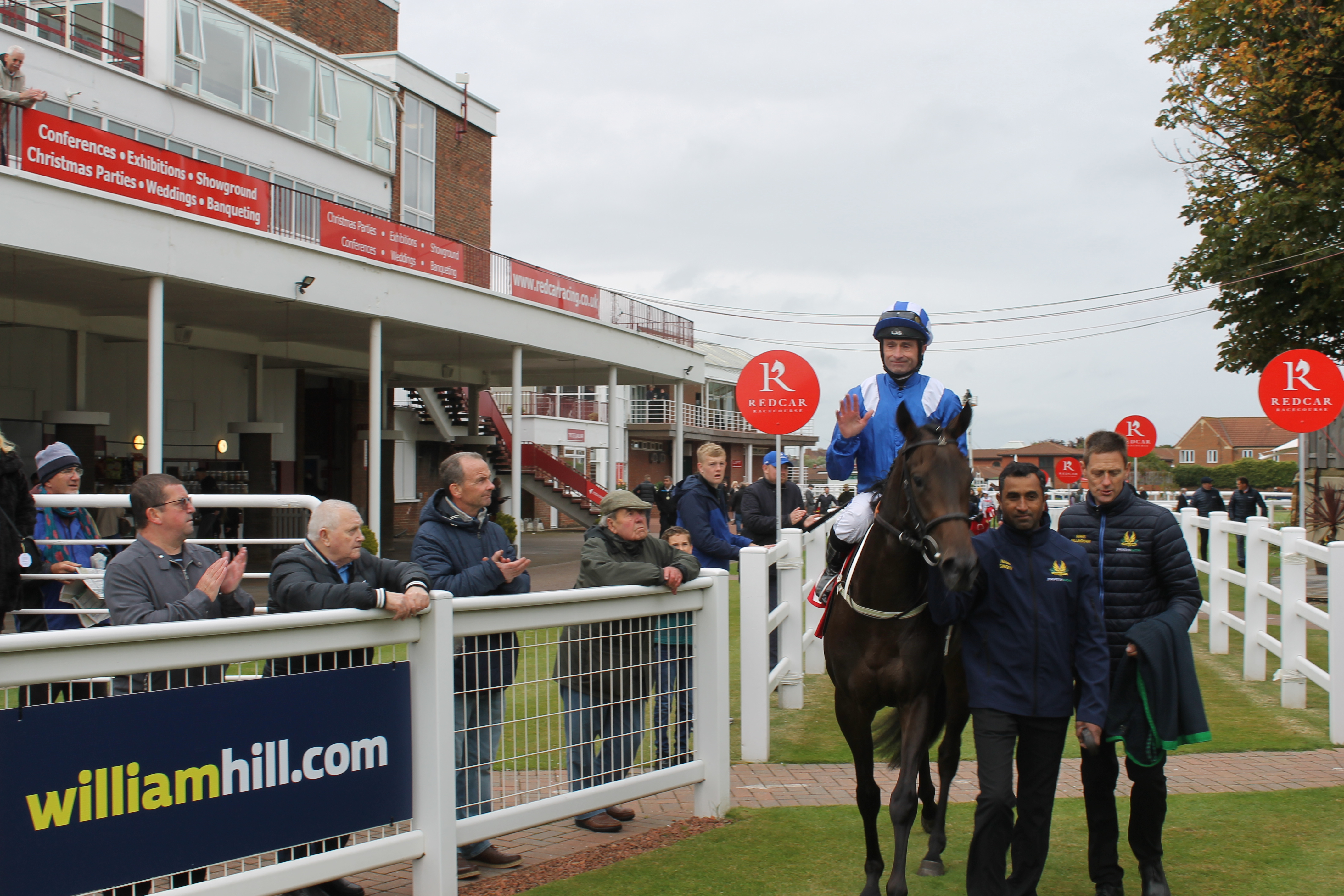 Johnston said: “Dane rode her first time out at Pontefract and she looks like she’s come on a bit for that. She’s not very big but that’s typical of the family.”

There was also a double for North Yorkshire trainer David O’Meara, starting with Azano in the listed Racing TV EBF Stallions Guisborough Stakes. 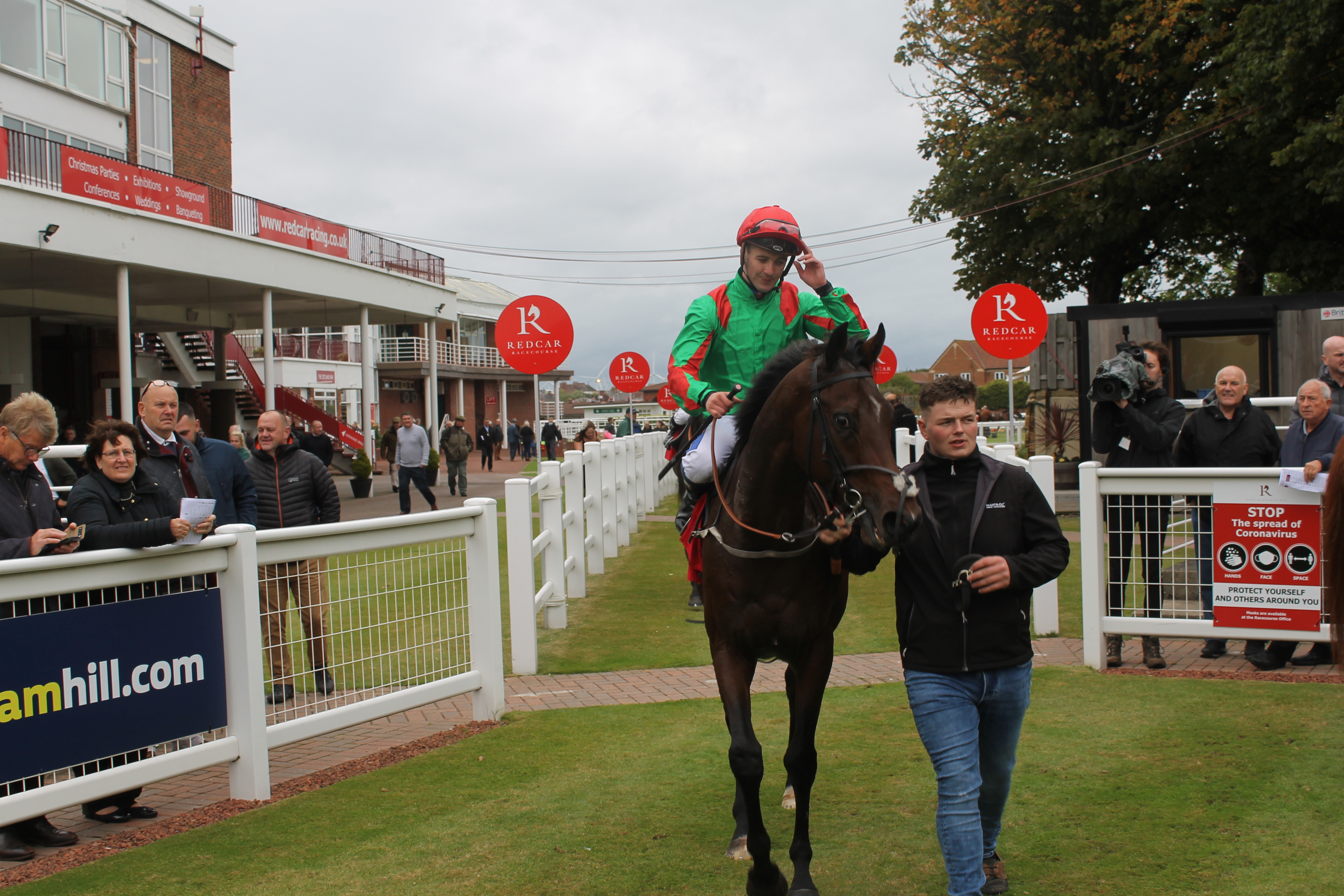 Winning jockey Shane Gray said: “We always thought a bit about him at home, but he over-races a bit. This is the first time he’s really pricked his lugs and settled. No one took me on and he dug deep.” 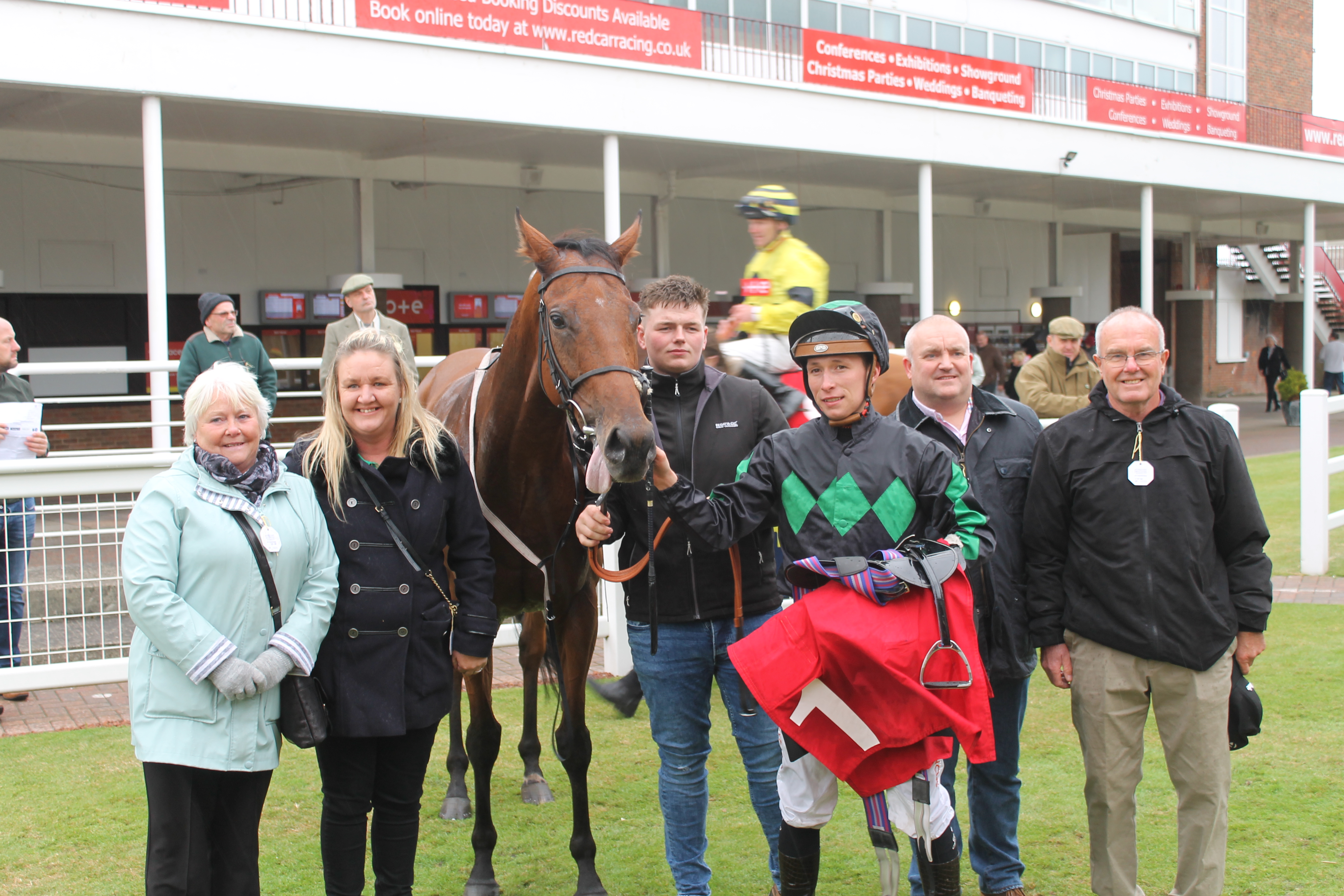 The Upper Helmsley trainer said: “He could have done with a drop more rain, but we got away with it. He was unlucky at Windsor and, hopefully, he can win again before the end of the season.”

Jockey Dane O’Neill was another to double up as Tajdid won the Market Cross Jewellers Handicap for trainer Richard Hannon and Al Shaqbab Racing. Michael Dods’ Billy No Mates got going too late to land a blow in second. 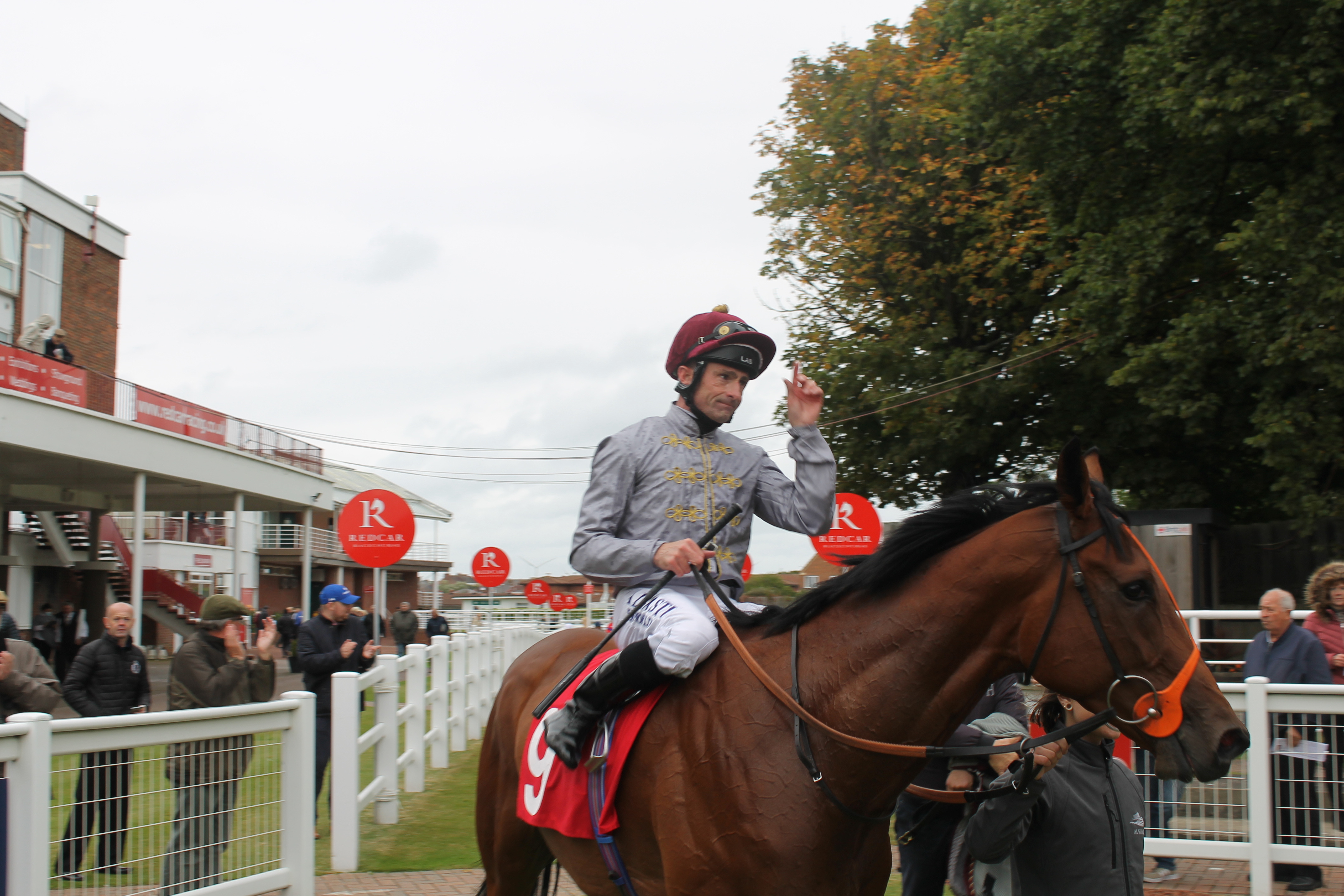 Paul Hanagan was in the saddle for the Reality Partnerships syndicate and the former champion jockey told members: “It worked out just as I wanted, and I didn’t have to be too hard on him. He wanted to go round again – I couldn’t pull him up.” 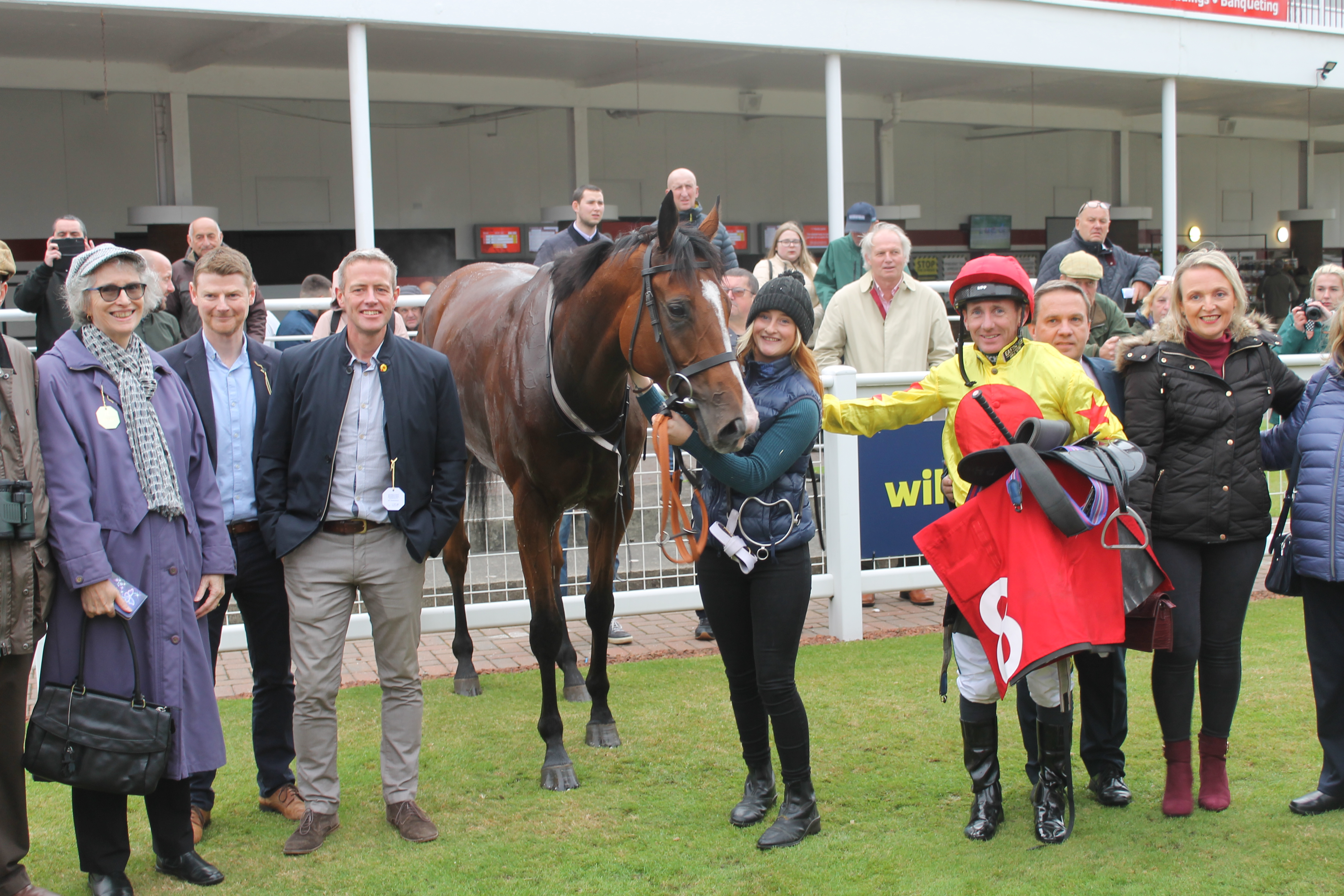 Syndicate manager Paul Nodding said: “He’s been running well all season. This is his third win and he’s been placed eight times, so he’s a great syndicate horse. The members have had a fantastic time with him.”

The final race on the card, the Watch Race Replays AT racingtv.com Handicap, was won by the Paul Midgley-trained Van Gerwen under a fine ride by Meg Nicholls. 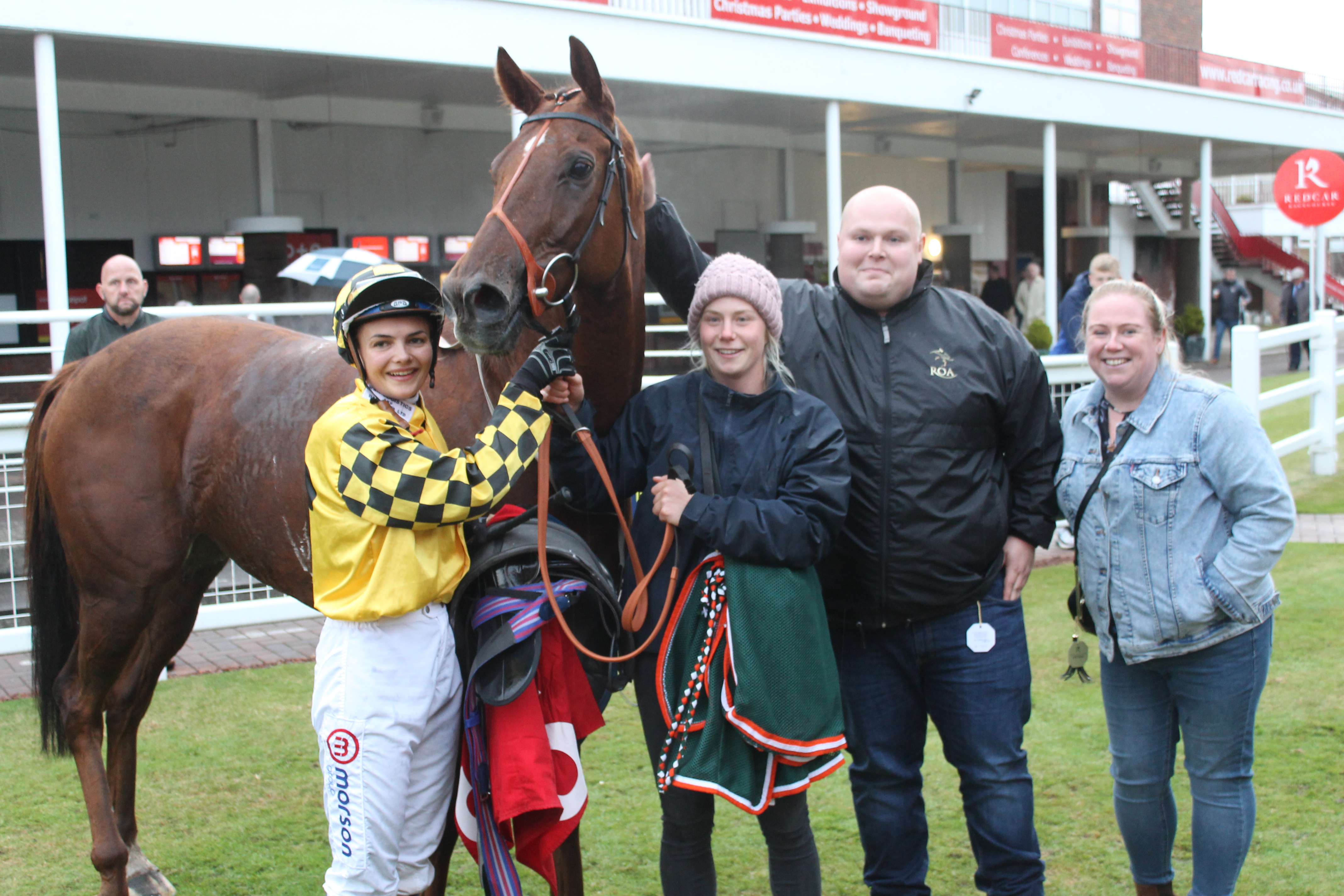 The last time the gelding had won, he’d been ridden by Nicholls’ partner, Kevin Stott, at Pontefract.

Midgley said: “I told Megan I didn’t need to give her instructions because she’d already had advice on how to ride him from Kevin. She gave him an excellent ride.

“With Van Gerwen, you never know which one is going to turn up, but he’s had a brilliant year, winning three times, and he’s entered at Newcastle next week.”

Owner Ryan Chapman, who has a haulage company at Wakefield, said: “He’s a horse with two different personalities – he either wants to do it, or he comes for a day out. Today, was one of the days he wanted it.”