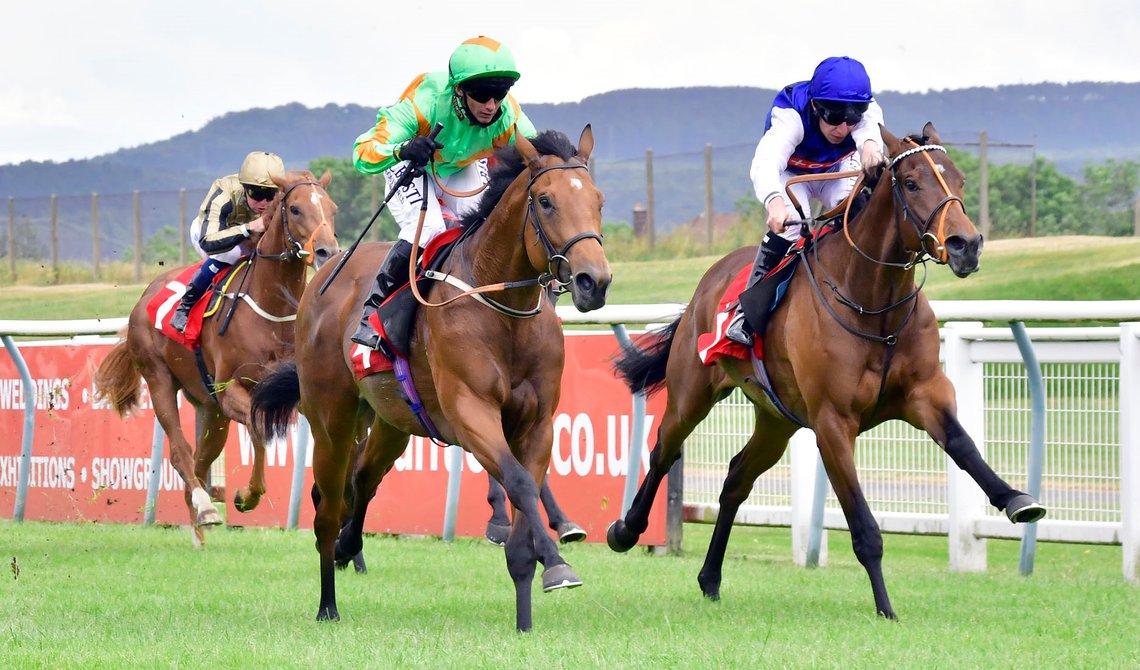 RISING star Rossa Ryan set himself a pre-season target of riding 1OO winners in 2021 – and the young Irish jockey makes a rare trip to Redcar on Wednesday just five winners short of his ton.

The 20-year-old rider hasn’t looked back since leaving Galway to become Richard Hannon’s apprentice in 2017 and he has three booked rides on the eight-race card on the North-East coast.

The first comes on Superior Force in the opening Try Racing TV For Free Now Nursery for Newmarket trainer George Boughey. The gelding had a tilt at the Windsor Castle Stakes at Royal Ascot after winning on his debut at Salisbury and finishing second on his subsequent start at Newmarket.

Ryan’s next ride comes in the Free Month of Racing TV Nursery, teaming up with Mick Channon’s Petal Power, who makes the long trip from Berkshire, having put up an improved display at Wolverhampton last time.

The young Irishman, who bring a 17 per cent strike rate to Redcar, then hangs around to ride topweight Aweedram for Nottinghamshire trainer Kevin Frost in The Racing TV Free For A Month Handicap. The gelding finished strongly to win a Chester handicap last time and will be fancied to defy the penalty and send Ryan home in good spirits.

Malton trainer Nigel Tinkler has been in fine form at Redcar this season and his Whatwouldyouknow has reserved some of his best runs for the track, including a victory in July. He looks the main danger to Aweedram.

Richard Kingscote and Cieren Fallon are other high-profile southern-based jockeys making an eye-catching trip north and they look set to fish out the finish of the British EBF Future Stayers Maiden Stakes.

Kingscote partners Out From Under for Wiltshire trainer Roger Charlton, with the Dubawi colt looking for consolation after losing his last race in the stewards’ room when hanging badly and bumping Hugo Palmer’s Evocative Spark at Ffos Las.

However, William Haggas runners are always to be feared at Redcar and Fallon will be hopeful of making the long trip worthwhile on Vintage Choice, who shaped with a lot of promise when third on his debut at the York Festival.

The Group One-winning rider has only one other ride – Lucky Beggar for South Yorkshire trainer David Griffiths. The gelding has been in consistent form and will get plenty of assistance in the saddle.

Rowan Scott was the star of the last Redcar meeting, riding his first treble, and one of his winners that day, She’s a Deva comes back for more. The Nigel Tinkler-trained filly showed a good attitude that day and can defy a four-pound penalty.

Malton handler Tim Easterby is having another cracking season and his Albegone goes for the hat-trick in the Watch Race Replays At racingtv.com Handicap under David Allan. The gelding was highly impressive last time at Hamilton and can defy the double penalty while in such good heart.

Newmarket raider Strawberry Jack, trained by George Scott and ridden by Ben Curtis, can make the drop in class pay in the remaining racingtv.com/freemonth Selling Stakes.