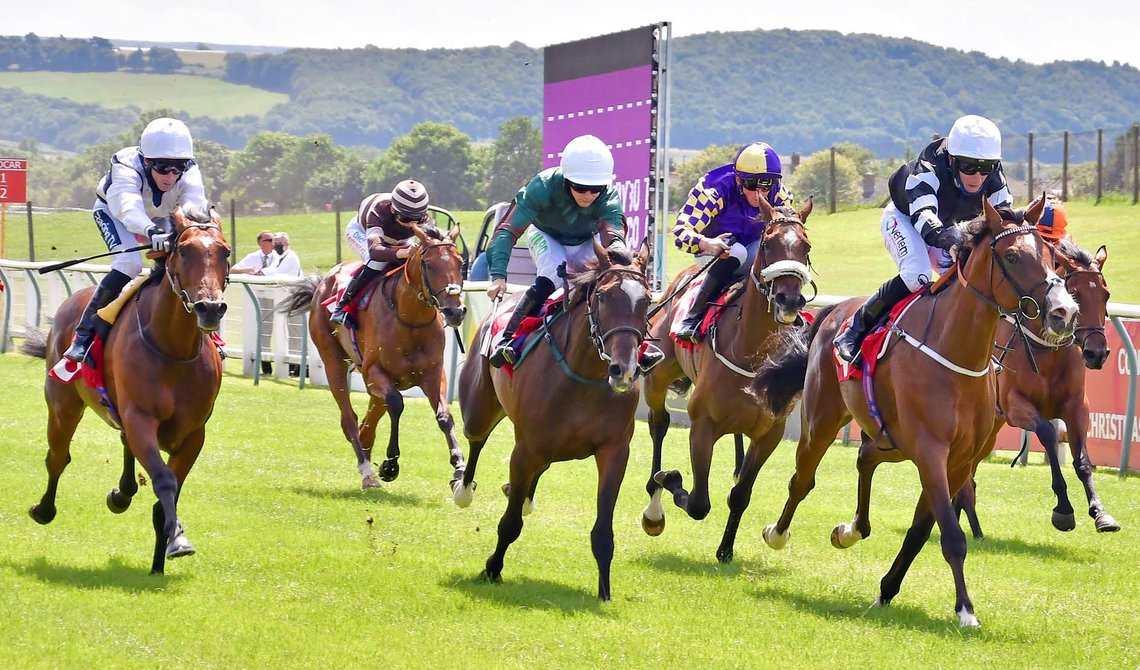 YORKSHIRE trainers dominated day two of the Go Racing In Yorkshire Summer Festival at Redcar with seven out of eight winners trained in the White Rose County.

Thirsk handler David Barron starred with a double and there were also wins for Middleham, Malton, Helmsley, and Osmotherley.

In fact, Yorkshire would have had a clean sweep had Malton-based Adrian Keatley’s Amazon Prince not been beaten by a neck in the opening Join Racing TV Now EBF Novice Stakes (Division One).

The race was won by Newmarket raider Uncs in the hands of Rossa Ryan for trainer George Boughey. The winning jockey predicted that there’s more to come from the son of Galileo Gold, saying: “His work at home has been pretty good, he’s been working with good horses, but only does the bare minimum. There’s plenty of ability there and he could be competitive in nurseries.” 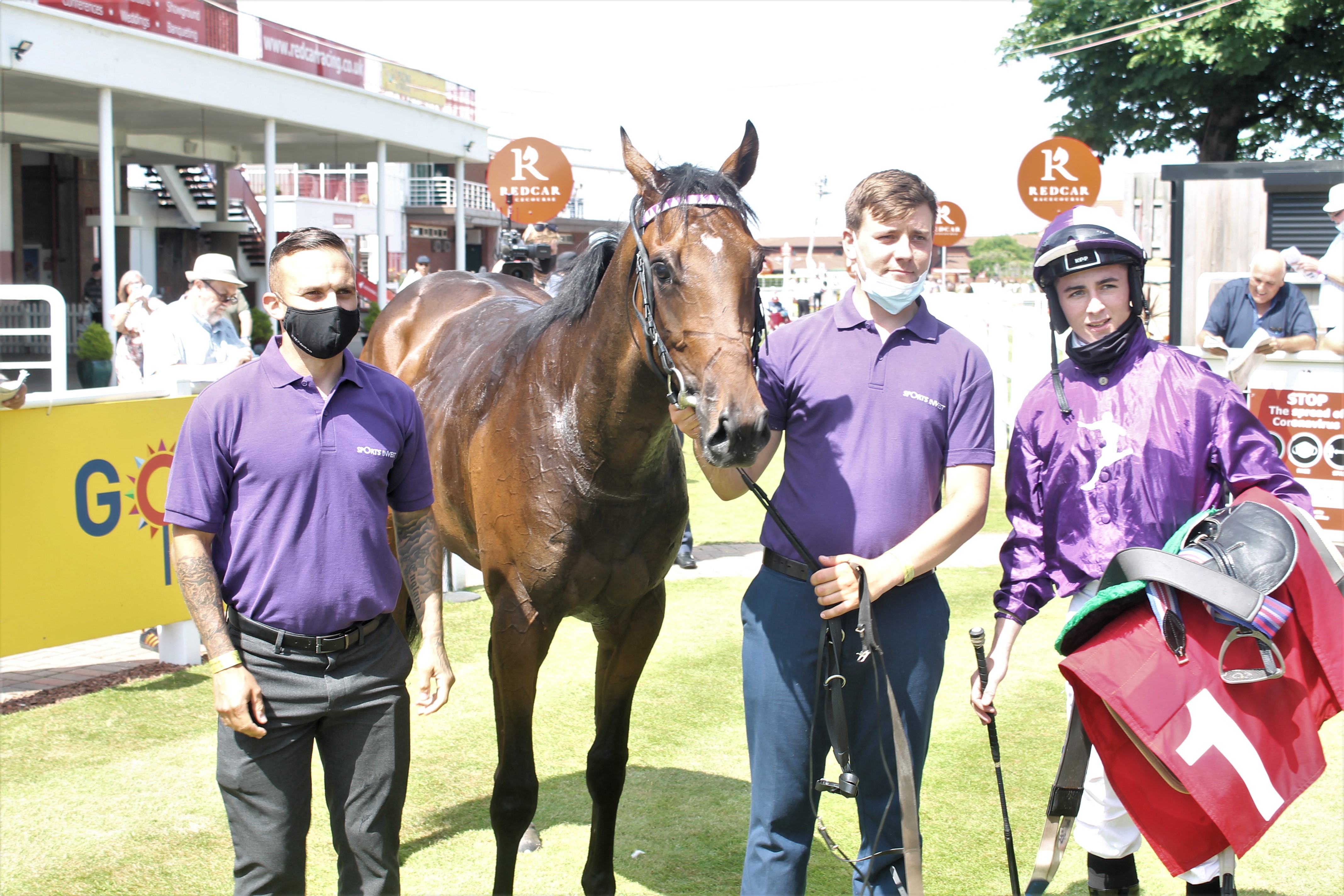 The charge of the Yorkshire brigade was led by Middleham trainer Ed Bethell, who hit the 13 mark for his first season since taking over from his father, James, when Exminster impressed on his debut in The Join Racing TV Now EBF Restricted Novice Stakes (Division Two).

The son of Ribchester showed a great attitude in the hands of PJ McDonald and Ed said: “I thought he’d be a bit green and improve for the run but he’s done it really well and PJ was impressed. He’s a big, raw horse who’ll, hopefully, be even better next year.” 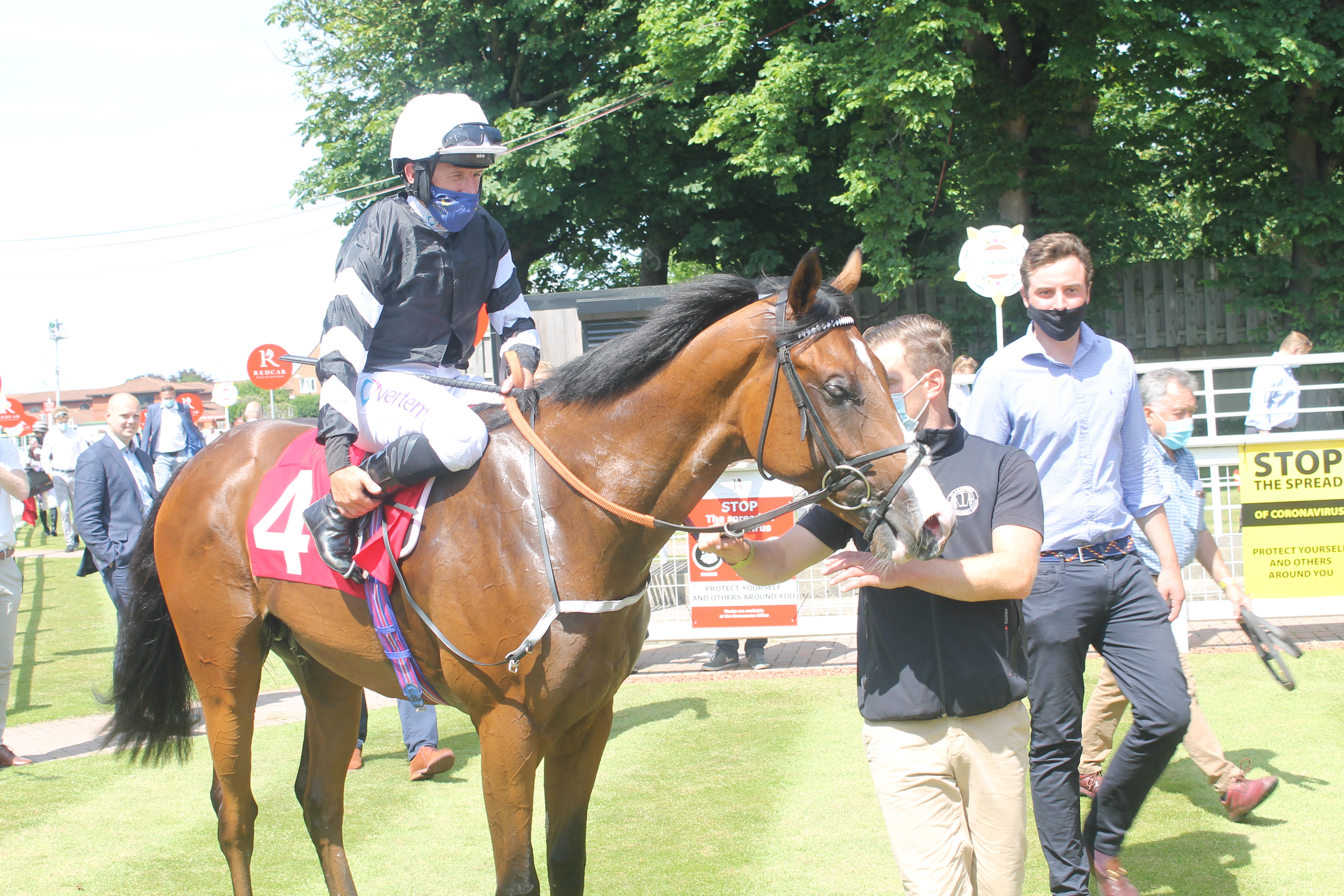 David O’Meara, who operates from Upper Helmsley, struck next with Tamaska landing a third win of the season under David Nolan in the The Sky Bet Extra Places Every Day Handicap Stakes.

“We’ve only ever had three runs at Redcar and won twice,” said Stewart. “The jockey thought he needed to step up to seven furlongs and he was spot on. He thought he was idling in front and there was plenty left in the tank.” 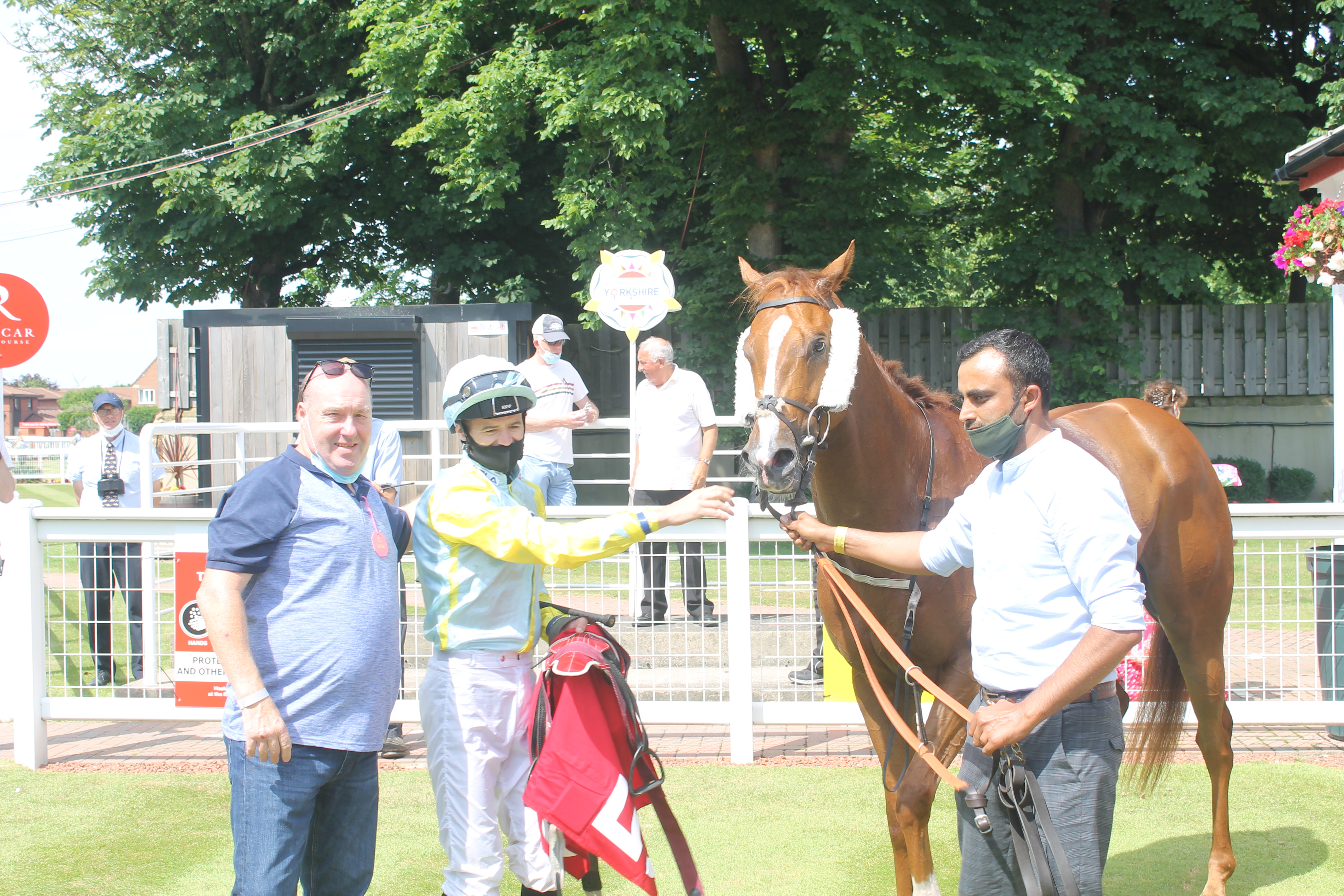 The first leg of David Barron’s double came with Zarzyni who bounced back to form to land The Sky Bet Go-Racing-In-Yorkshire Summer Festival Handicap Stakes under a confident ride from Jason Hart.

The gelding had shown promise at Musselburgh and Wolverhampton before flopping at The Curragh and Hart explained: “It was a lot for the horse to take in going to Ireland but today he felt very comfortable at that trip.” 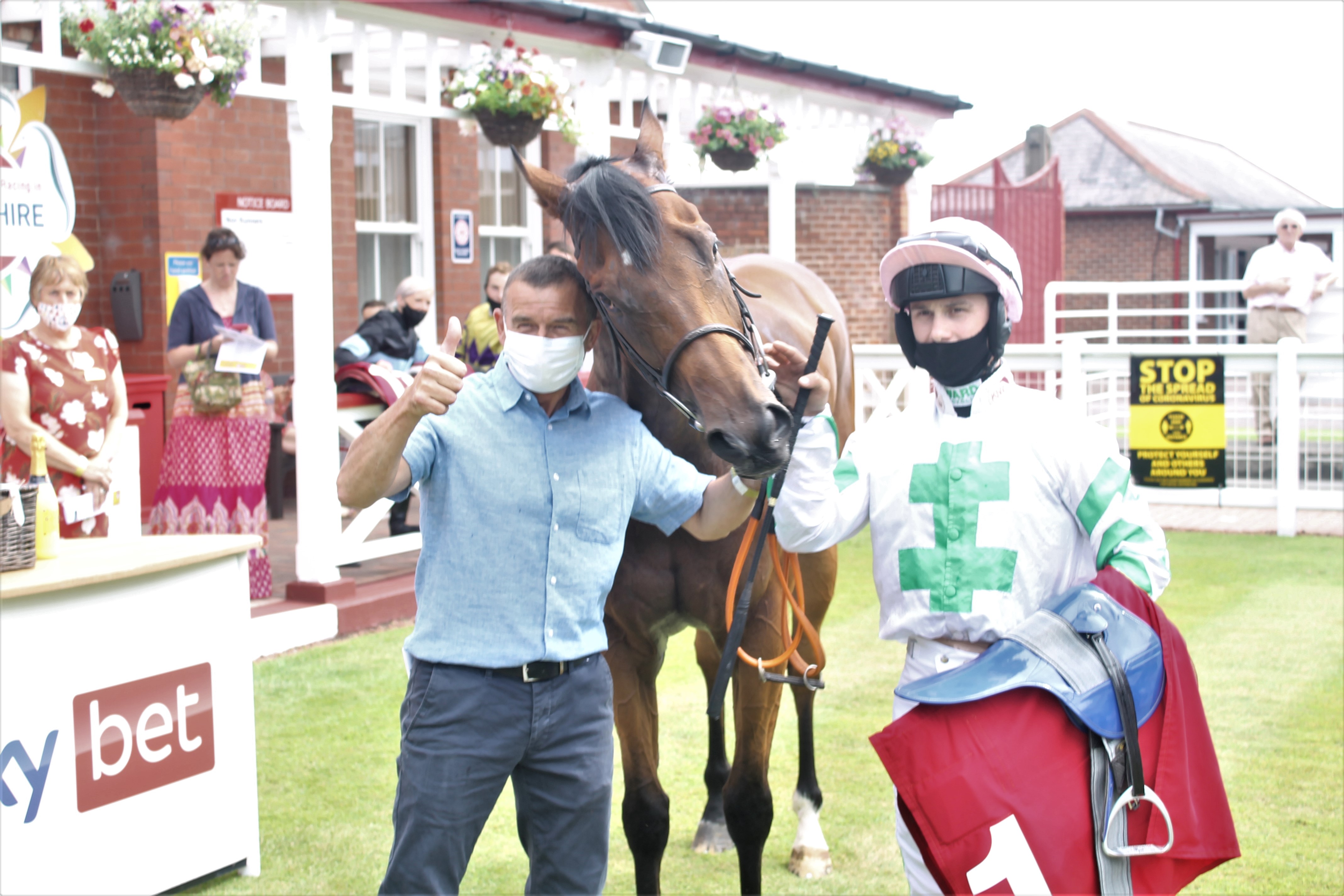 It was Malton’s turn next as Fossos, trained by Tim Easterby and ridden by David Allan, landed The Racing TV Handicap Stakes in a thrilling three-way finish from Signore Piccolo and Niagra.

Assistant trainer William Easterby said: “It’s nice to see him win for great owners. He’s shown ability at home and we like him so, hopefully, there’s more in the tank and he’ll win again.” 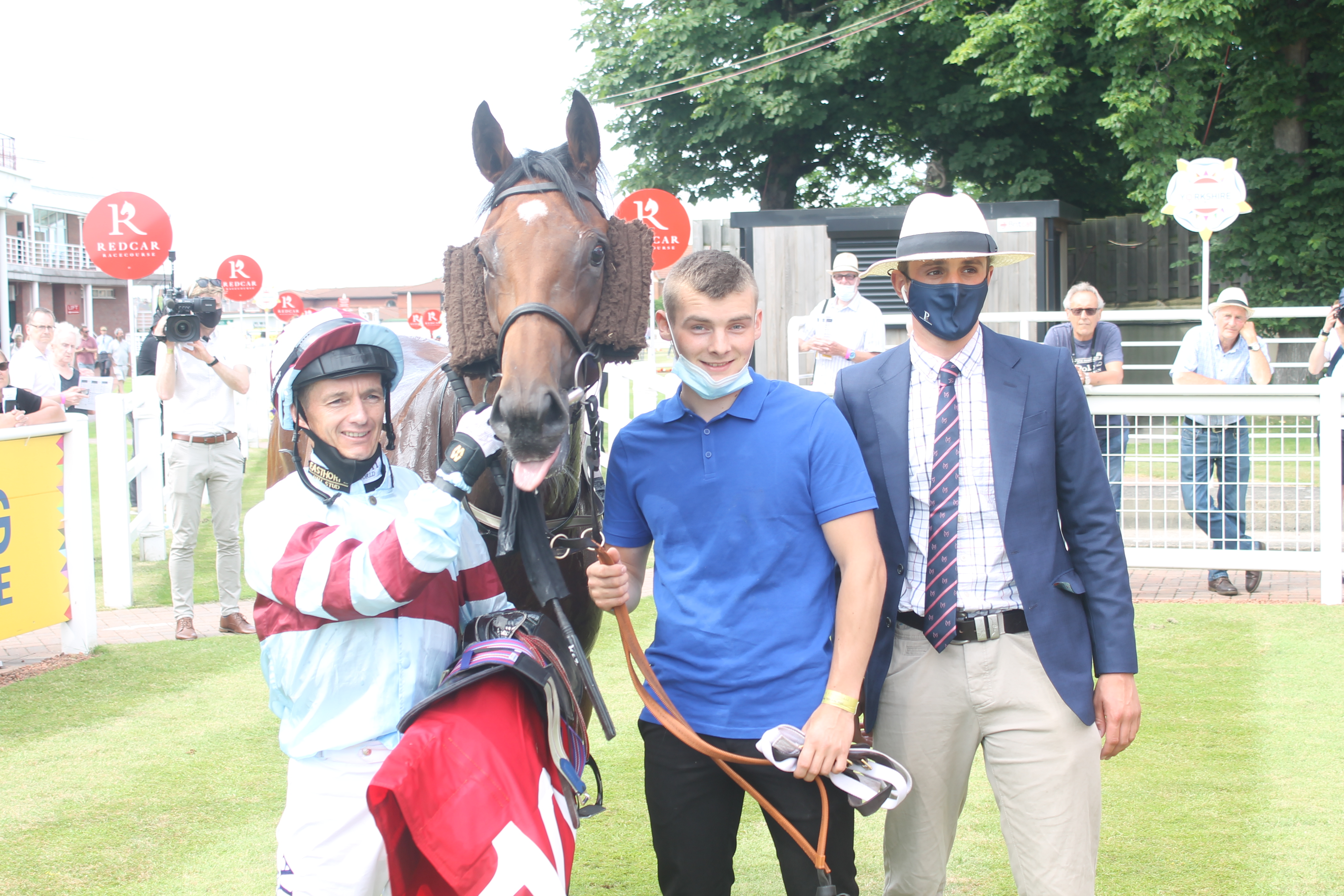 Osmotherley got in on the act when veteran Sands Chorus, trained by Karen Tutty, made it three wins this season, and 11 in all, by staying on to win The Watch Racing TV In Stunning HD Selling Stakes.

It was a first win on the nine-year-old for the trainer’s daughter Gemma, who took the race by the scruff of the neck.

The trainer said: “We’ve decided he only likes winning at courses starting with ‘R’ because he loves Ripon and Redcar. He’s earned his keep and we’ll see what the handicapper does.” 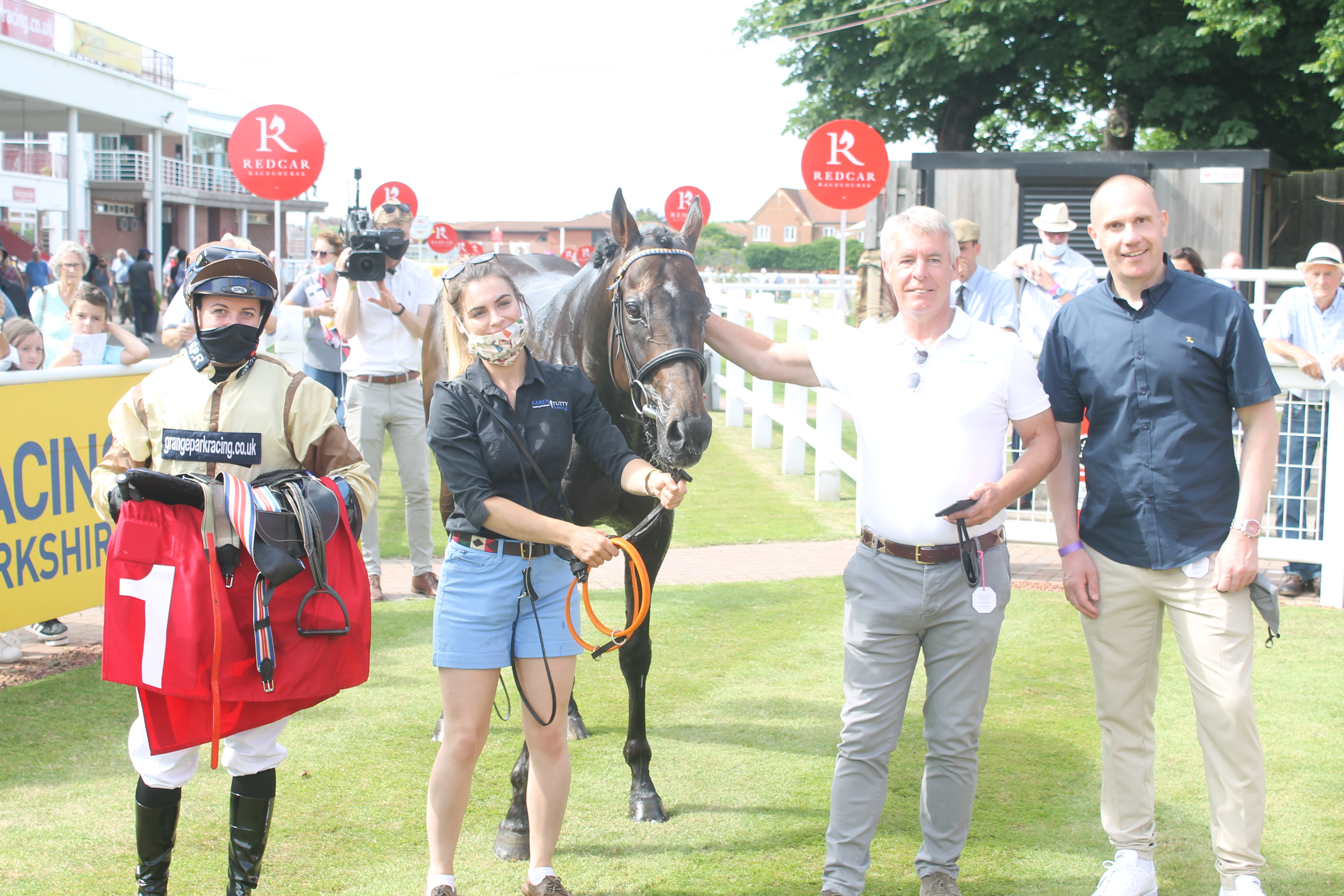 Whatwouldyouknow, a winner at Redcar in 2019, was back in the winner’s enclosure after swooping late under Rowan Scott to hit the opposition for six in the Redcar Cricket Club Handicap Stakes.

Malton trainer Nigel Tinkler said: “We thought we had a chance and it went very smoothly. It was a great ride by Rowan.” 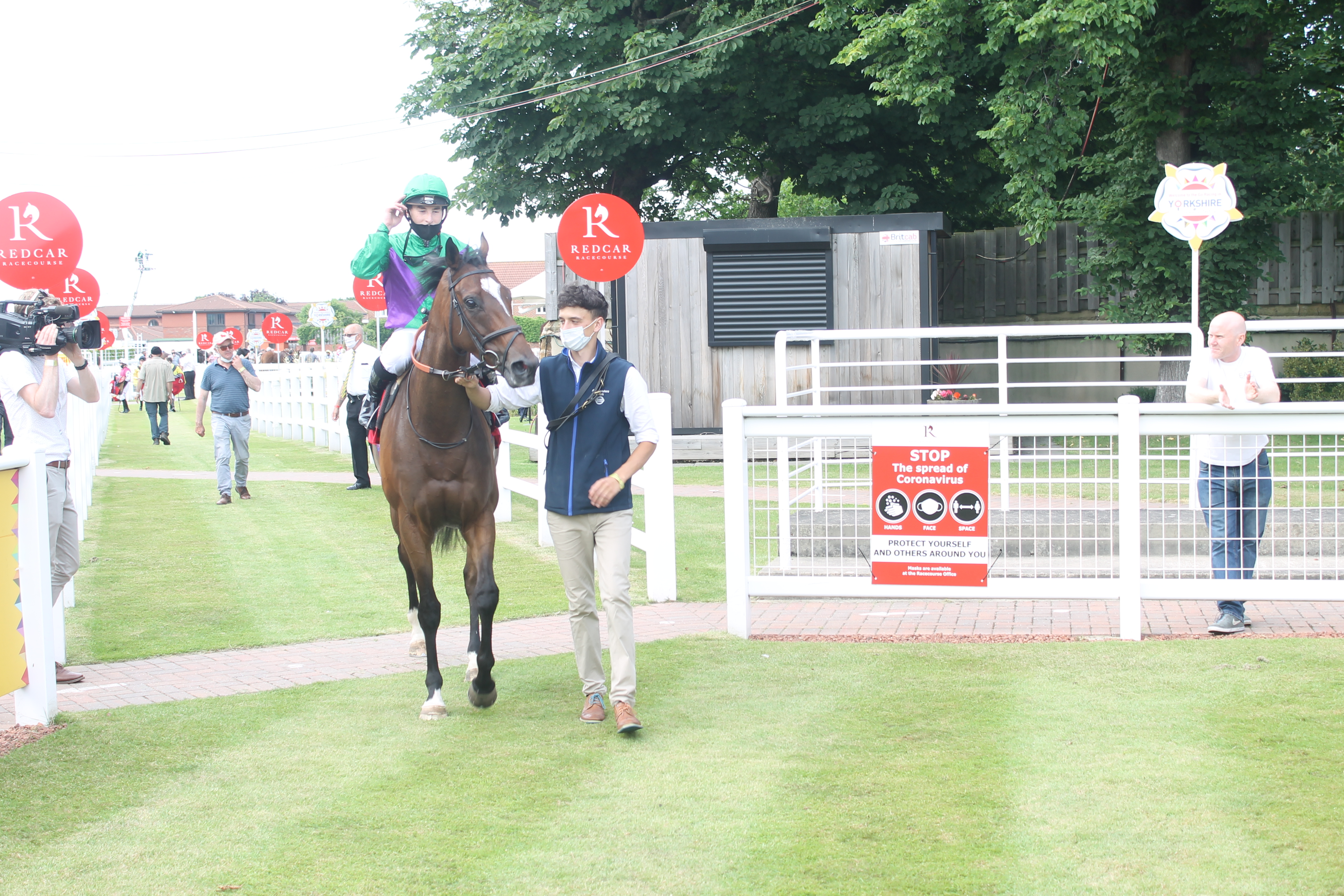 The magnificent seven for Yorkshire was completed when Teescomponentsfly led from start to finish in the last race of the day, The Go Racing In Yorkshire Future Stars Apprentice Handicap, to complete David Barron’s double.

It was also a ninth career win for Oisin McSweeney, who hails from The Curragh, and was with Dermot Weld before becoming attached to the Kevin Ryan last autum.

The young jockey said: “I didn’t start riding horses until I was 16 but I had a couple of friends who were racing as apprentices and it looked like fun, so I thought I’d give it a go.”

Oisin acknowledged the guidance he’d been given by Connor Beasley, Teescomponentsfly’s regular pilot. “He filled me with a lot of confidence and the horse was switched off all the way. He wasn’t doing a stroke in front, and I never felt in danger,” he added. 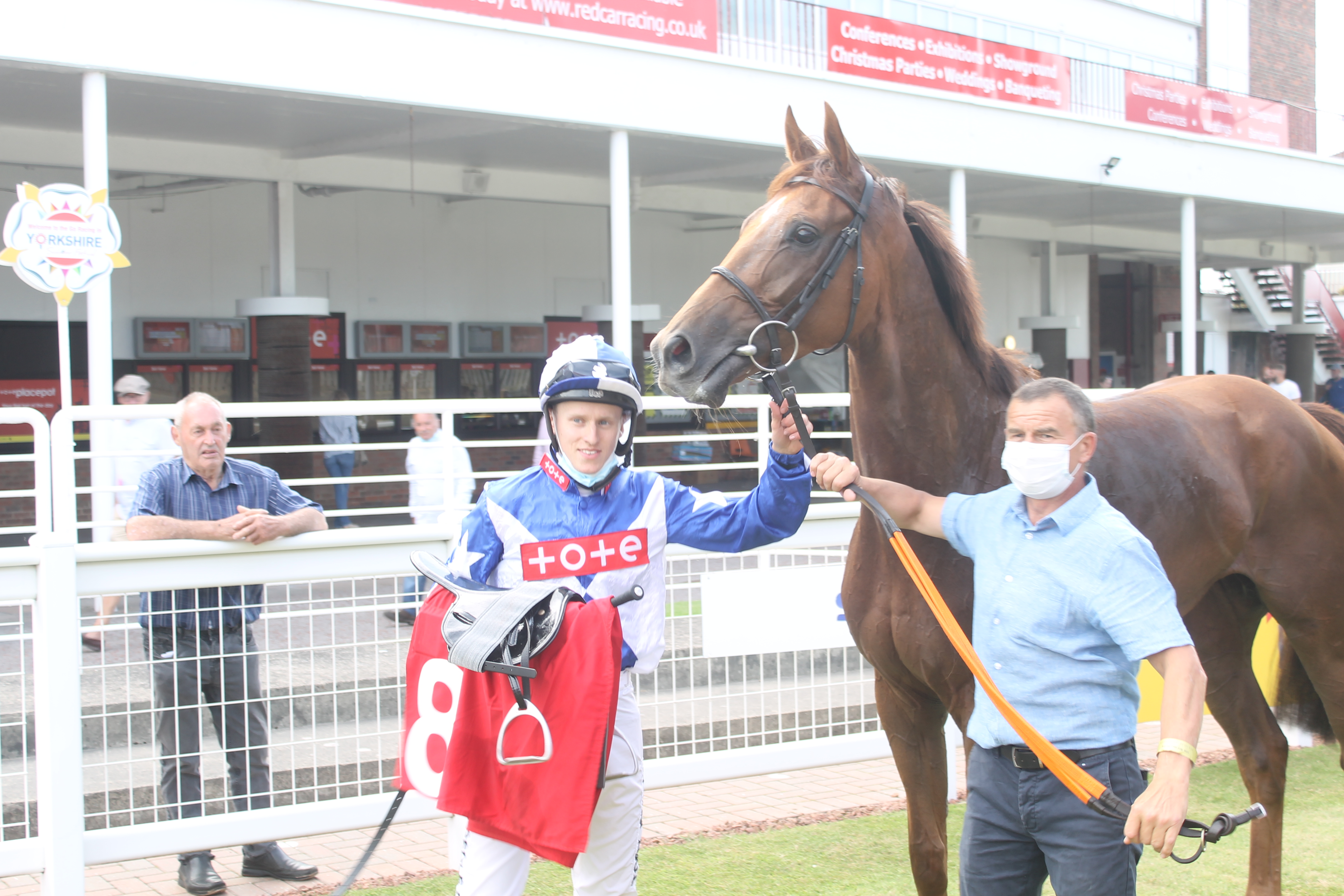