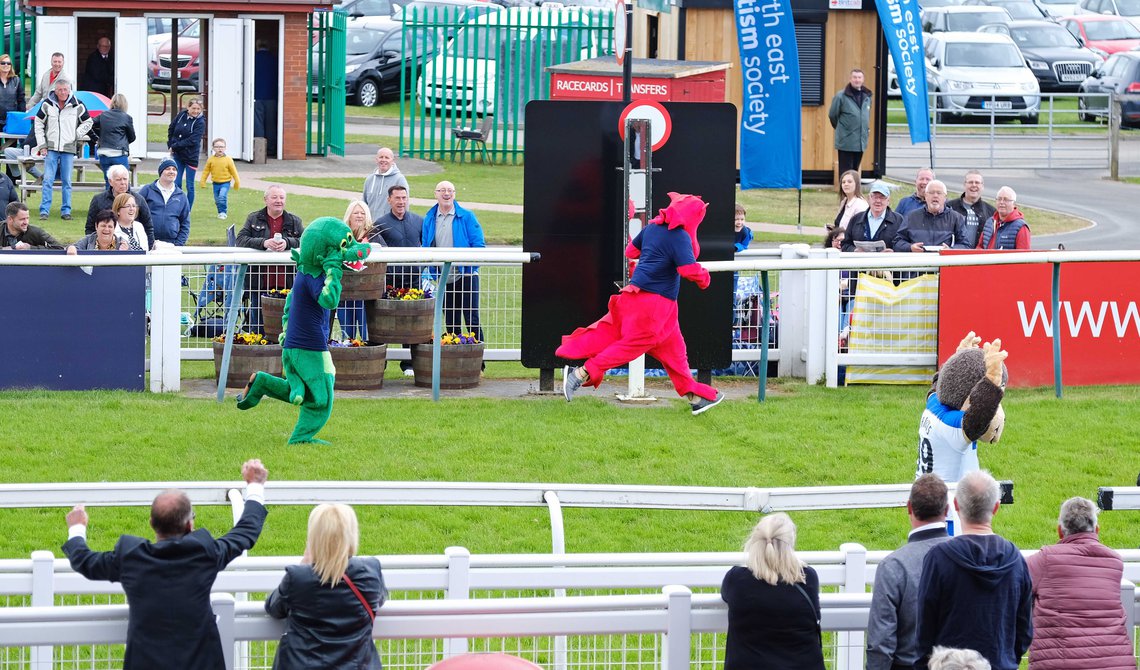 A FUN-PACKED mascot race in aid of a pioneering North-East charity ended up in a dramatic photo-finish in front of cheering punters.

H’angus The Monkey, representing Hartlepool United, blazed a trail down the final furlong of the seaside racecourse and thought he’d won, only to be pipped on the post by Vauxhall Griffin, sponsored by Bristol Street Motors.

Killer Croc, who was badly hampered when his head kept swiveling round, finished a gallant third and the hedgehog, called Snowdrop The Spikeshuffler, finished fourth. Meanwhile, the horse and jockey – named Face of Society – collapsed exhausted in a heap, and poor old Pawsum the Panda trailed in last because he didn’t realise the race had started.

A bucket collection was held at the end of racing for the North-East Autism Society which marks its 40th anniversary next year.

Amy Fair, general manager of Redcar Racecourse, said: “This was our first mascot race and it was great fun in aid of a charity that has been doing important work in the North-East for the past 40 years. Congratulations to Vauxhall Griffin and special commiserations to H’Angus The Monkey who was clearly gutted to have gone so close.”

John Phillipson, chief executive of the North East Autism Society, said: “This was the first time we’ve linked up with Redcar Racecourse and it was just a fantastic day. Thank you to everyone who made us feel so welcome.” 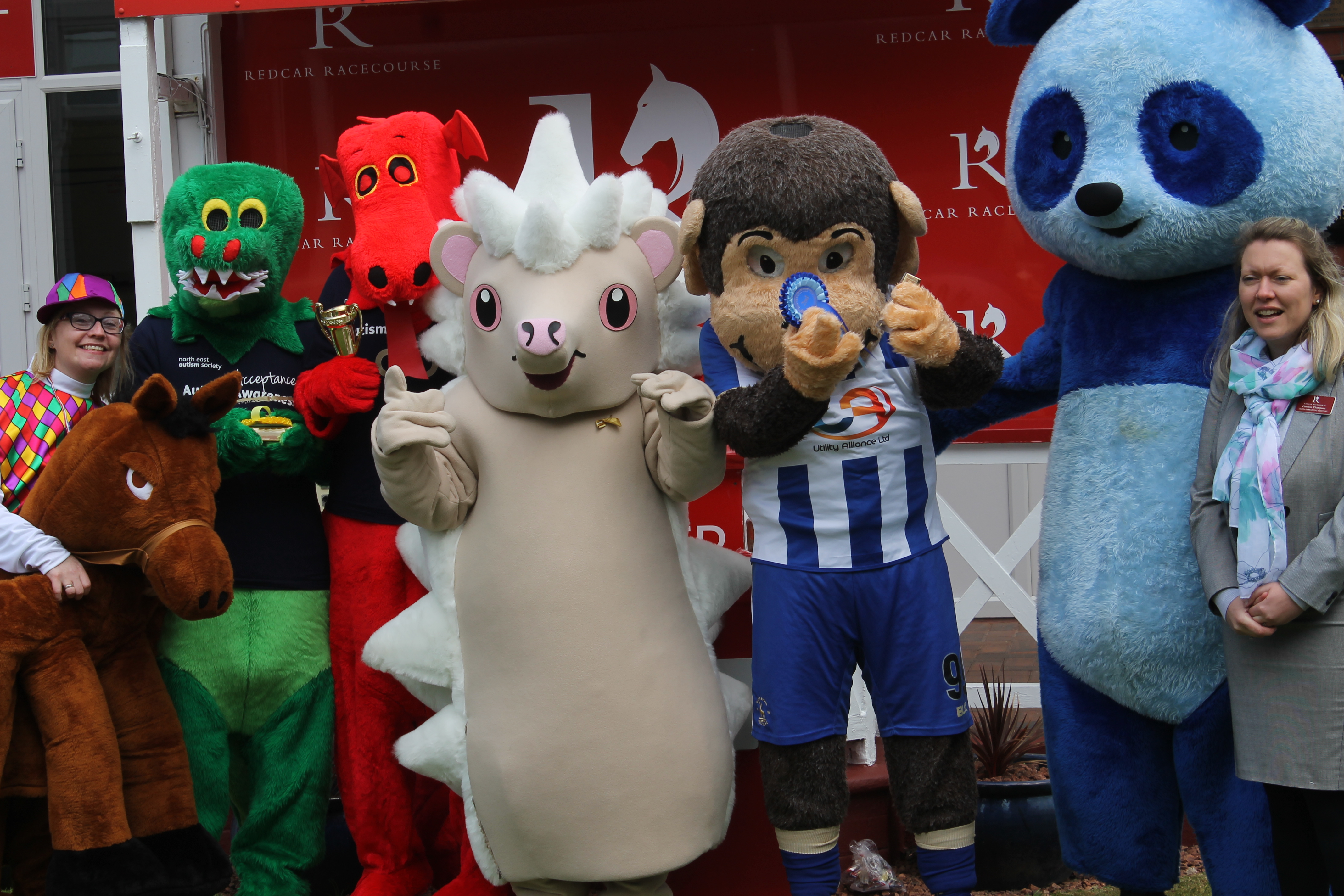