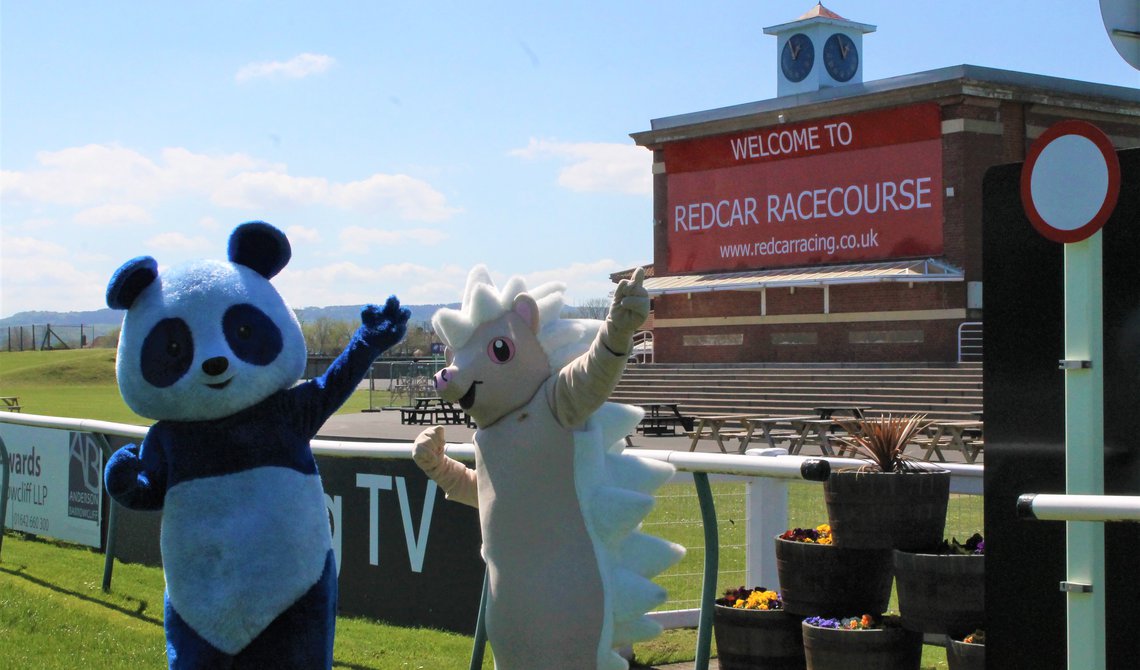 EXCITEMENT is building with just over a week to go to the first “Royal Mascot” race at Redcar.

A strong line-up of mascots are confirmed for the race on Zetland Gold Cup Day, on Bank Holiday Monday, May 27 - with Hartlepool United confirming the club’s famous mascot, H’Angus The Monkey, as a late entry.

Companies are being invited to join in the fun by sponsoring one of the runners and raising money for the pioneering North-East Autism Society.

The charity’s own mascots – Snowdrop The Hedgehog and Pawsum The Panda – will be taking part, with other competitors including a horse and jockey, a crocodile, and a dragon.

A Hartlepool United spokesman said: “H’Angus has stepped up his training and will be in prime condition for the big race. He’s there to win – not just monkey around.”

Meanwhile, Snowdrop and Pawsum visited Redcar this week to test the going on the course and also took the opportunity to pop down to the seafront for one of the resort’s famous lemon-top ice creams.

A North-East Autism Society spokesman said: “You can’t visit Redcar without having a lemon-top but Snowdrop and Pawsum are now on a strict diet to prepare for the race.”

Redcar’s general manager Amy Fair said: “This is the first time we’ve held a mascot race and it’s for a fantastic cause so we hope companies will show their support and join in the fun. We’re delighted that H’Angus the Monkey is now a confirmed entry.”

Businesses can either enter their own mascot if they have one, or “back” one of the mascots already running. The cost is £100 and companies will have their names printed in the racecard, benefit from racecourse announcements through the day, and receive four free Grandstand tickets to the races.

The mascot event will take place after the first race on Zetland Gold Cup Day, with competitors racing down the final furlong in front of the grandstand. They will parade in the paddock beforehand and the winner will be presented with a chocolate trophy by “The Queen”.

Zetland Gold Cup Day will also feature traditional children’s races, including the sack race and egg and spoon, so there is guaranteed to be lots of family fun.

One of the races on the card will be named in honour of the North East Autism Society and a bucket collection will be held for the charity.