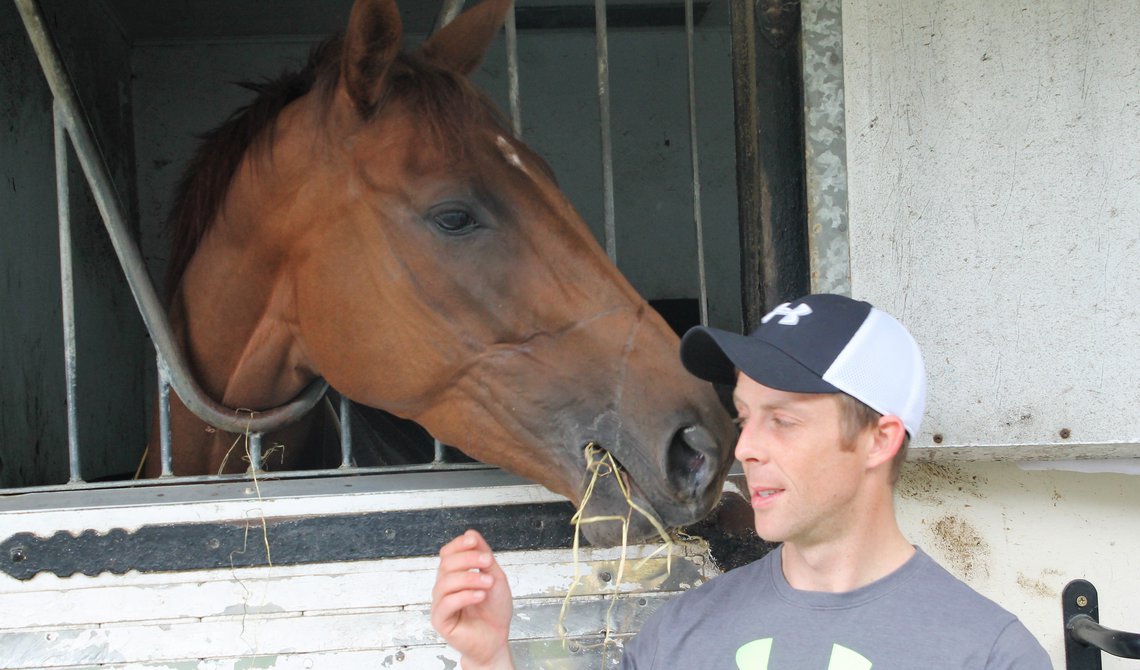 HIGH-FLYING jockey Ben Curtis has struck up a successful partnership with record-breaking trainer Mark Johnston, with the pair teaming up for a treble at Musselburgh today.

And it would be no surprise to see them strike again as Redcar launches its 2021 season with an eight-race card, behind closed doors, on Easter Monday.

Johnston and Curtis go into bat with Headingley, who looks the one to beat in the opener, the Flat Is Back Novice Stakes (Division One). The Dawn Approach colt shaped well on his debut when second at Ayr in September and followed up with an easy victory at Chelmsford City the following month.

The Johnston-Curtis combination team up again in Division Two with long-shot Alhaajeb but, having shown little last year, strong preference is for Simon and Ed Crisford’s Newmarket raider Ilza’eem, ridden by the in-form PJ McDonald.

He was caught near the line when runner-up on his second start last year, going down to Charlie Appleby’s Royal Fleet, and it’s unlikely there’s anything of that calibre to face this time.

The third race is a tribute to health service workers with the Redcar Racecourse Thanks The NHS Handicap. It looks a wide open affair but a chance is taken with Wensleydale trainer Karl Burke’s Alba De Tormes.

The colt held on gamely to win on the all-weather at Newcastle last time out and is taken to follow up with promising apprentice Pierre-Louis Jamin claiming a useful five pounds.

Another Newcastle scorer last time out was Danielsflyer, trained at Denton, near Darlington, by Michael Dods. Before that, the gelding hadn’t got his head in front since 2017, but he can follow-up back on turf in the Join Racing TV Now Handicap.

Danielsflyer is a quirky ride but gets on well with Connor Beasley, who rode a cracker on him at Newcastle. Dods reports the seven-year-old to be in good heart, though there is a stable concern about the ground drying out too much.

Feature race of the day is the Market Cross Jewellers Handicap and Dods might take a hand in the finish again with the talented Gale Force Maya. The mare won four times in 2019, including a hat-trick, and she ran some good races in defeat last season. She has a great attitude and is expected to run well with Paul Mulrennan in the saddle.

Newmarket-based apprentice Marco Ghiani has been described as a rising star of the sport and makes a welcome visit to Redcar for two rides for Chris Dwyer. The first is Sir Oliver in the Watch Racing TV In Stunning HD Handicap and, in a wide open race, he can follow-up his all-weather win at Wolverhampton in February.

Ghiani teams up again with Dwyer in the last race, the Watch Race Replays At racingtv.com Handicap, to ride London Eye, a recent winner at Chelmsford City. However, preference is for Rebecca Menzies’ Travel Lightly who is on a hat-trick after a brace of wins at Southwell.

Thirsk handler David Barron is no stranger to the Redcar winner’s enclosure and his Attaboy Roy can claim the penultimate race on a competitive card, the racingtv.com Handicap. Having finished last season with a win at Southwell, Attaboy Roy was staying on well when fourth as favourite on his seasonal bow at Newcastle and this extra furlong should suit.