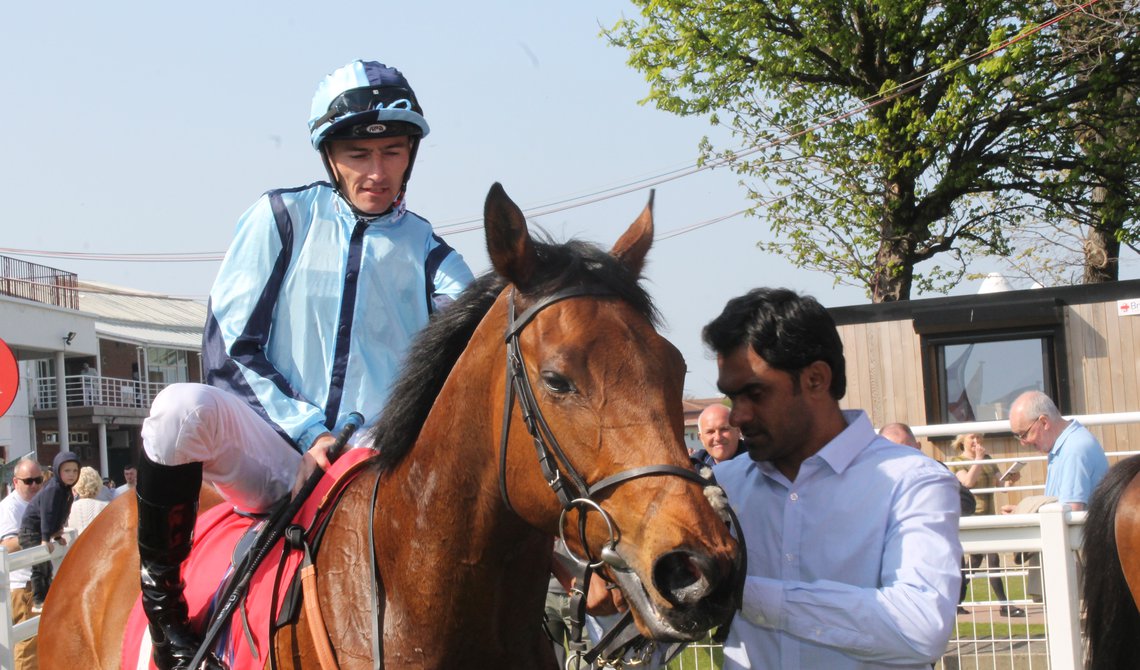 DANNY Tudhope may have lost ground to Oisin Murphy in the jockeys’ championship but he’s well clear of the rest and he looks the man to follow at Redcar on Tuesday.

Tudhope was on board Star Shield for his main stable of David O’Meara when the gelding was a close second to Universal Gleam – the horse that gave Joe Fanning his 2,500th winner – in this series at the last Redcar meeting.

Star Shield lines up again but it’s interesting that Tudhope switches to Defence Treaty for Richard Fahey. The gelding has been noted staying on well over seven furlongs and the straight miles looks made to measure.

Tudhope, who has a 25 per cent strike rate at Redcar this season, can score a quick double half an hour later when he partners Call Me Ginger for Scottish raider Jim Goldie. The horse stayed on well to be second at Newcastle last time at odds of 100-1 but it will be no surprise to see him go one better this time.

The card gets underway at 2pm with the Join Racing TV Now Novice Auction Stakes for two-year-olds and Newmarket trainer James Tate looks to have the answer with River Cam who has racked up three seconds so far.

Karl Burke sent Light The Fuse to Epsom last time when the colt was second to one of Richard Hannon’s and, with cheek-pieces fitted for the first time, he can follow up that promising effort in the Market Cross Jewellers Nursery.

Malton handler Nigel Tinkler is enjoying a successful season and Athollblair Boy, partnered by Izzy Clifton, will be a popular choice in the Weatherbys Racing Bank Apprentice Handicap. The seven-pound claimer was in the saddle when the six-year-old gelding was a fast finishing second at Doncaster last time.

Despite Mabs Cross disappointing at The Curragh over the weekend, Michael Dods’ horses are in fine form and Kolossus has a sporting chance in the Weatherbys Racing Bank Foreign Exchange Handicap. He ran a cracker on good to firm at Redcar two outings ago when giving away lumps of weight. He’s the only ride of the day for the impressive Connor Beasley and he can again go close.

The meeting comes to a close at 5pm with the racingtv.com Handicap. The Fiddler, trained at Newmarket by Chris Wall, was a winner at Redcar’s last meeting and again enjoys the considerable assistance of former champion jockey Paul Hanagan.