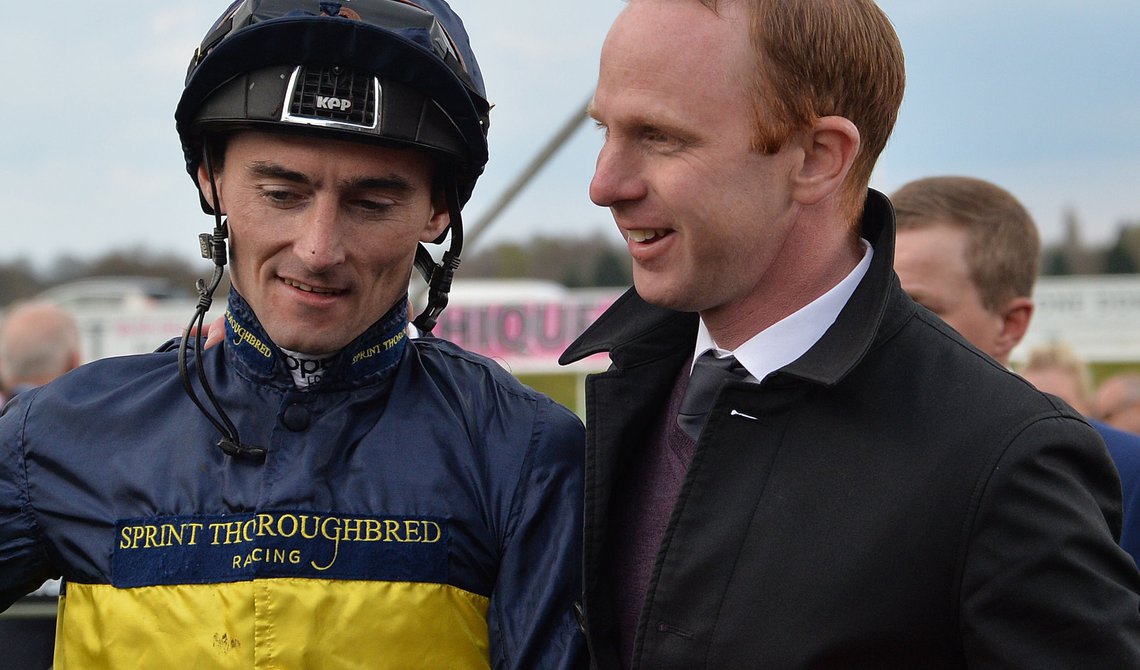 FRESH from his Group One success on Karl Burke’s star filly Laurens at the weekend, Redcar specialist Danny Tudhope is poised to return to the winner’s enclosure at the seaside track on Tuesday.

Tudhope, standing in for the injured PJ McDonald, spoiled Alpha Centauri’s bid for a fifth Group 1 victory in the Matron Stakes at Leopardstown on Saturday with a game, front-running performance.

From those dizzy heights, Tudhope is back on more familiar ground with a decent book of rides at Redcar’s eight-race card on Tuesday.

And he looks to have a sporting chance on Mon Beau Visage for his chief employer, David O’Meara, in the Racing UK Straight Mile Series Handicap. The gelding has failed to win so far this season but was a course and distance scorer last season off 9lbs higher.

It’s a competitive affair, with Bryan Smart’s Pepys going for a four-timer and Kevin Ryan’s Knighted on a hat-trick, but an overdue return to form would see Mon Beau Visage go close.

Tudhope will be confident of outgunning the opposition in the following race, the Market Cross Jewellers Novice Stakes, on Field Gun for the powerful William Haggas stable. A five-length winner at Chelmsford last time out, this looks the ideal opportunity to follow up.

The meeting gets underway at 2.10pm with the Best Flat Races Live On Racing UK Novice Auction Stakes and Karl Burke – trainer of Group One queen Laurens – looks to have the answer with Harperelle. Second on both starts so far, this is her chance to go one better at the expense of George Scott’s Newmarket raider Usain Boat.

Michael Dods’ horses are in fine form and his Mecca’s Gift is taken to land the Weatherby’s Racing Bank Nursery. Like the great Mecca’s Angel, Mecca’s Gift is owned by David Metcalfe and the filly has improved with each of three runs. There was distinct promise at Redcar last time when third to Lambourn raider Concello and Mecca’s Gift can continue the improvement.

Hughie Morrison isn’t one to waste petrol and Pursuing Steed should be a contender in the Get So Much More With Racing UK Apprentice Handicap. The gelding has a record of five wins from 17 starts and despite going up 5lbs for his success at Doncaster last time, he shouldn’t be far away with the able assistance of Patrick Vaughan.

The Weatherby’s Racing Bank Foreign Exchange Handicap has a number of possibilities and Geoff Harker’s Extrasolar will be a popular choice, having won two out of his last three, both at Catterick. However, Julie Camacho’s Spirit of Wedza is three pounds better off for a length defeat by Extrasolar at Catterick last time and has the extra fire-power of Paul Hanagan to help overturn the tables.

The Racing UK Profits Returned To Racing Handicap is a real puzzle but a chance is taken with Tom George’s Hattab, who makes the long trip from Gloucestershire. Hattab was hurdling at the start of the season and ran his best race so far on the Flat when fourth last time at Bath.

The meeting ends at 5.40pm with the Racing UK Profits Returned To Racing Handicap and it’s hard to be confident about any of the contenders. However, Jan De Heem, trained locally by Tina Jackson, won the race last year off the same mark and under the same jockey, Connor Murtagh. That seems as good an argument as any.