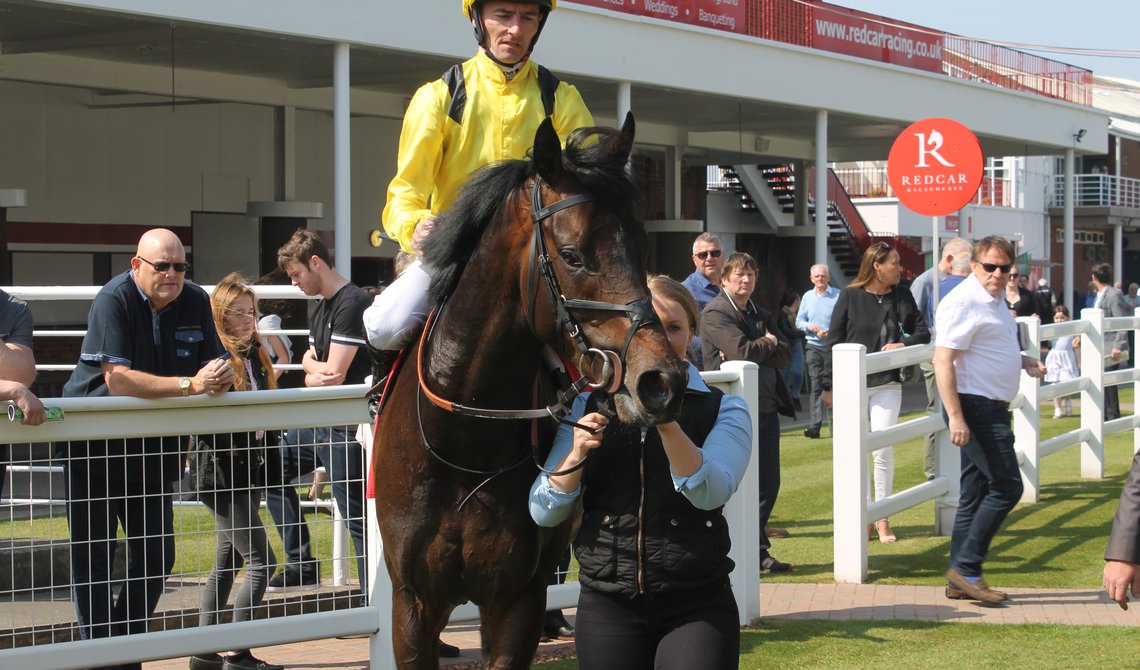 DANNY Tudhope is setting the early pace at the top of the jockeys’ championship table and he looks poised to strike gold at Redcar on Monday.

Tudhope teams up with William Haggas on the well-bred Al Muffrih in the Racing TV Zetland Gold Cup and will be a warm order to give the Newmarket trainer his first victory in the seaside track’s historic handicap.

Al Muffrih, by the legendary Sea The Stars, won at Newbury last season and warmed up with a fifth at Newmarket on his only run this season. He ran too keenly that day and, significantly, is now fitted with a hood for the first time. Haggas and Tudhope teamed up for a winner at Redcar on April 22 with Country (pictured) and again look a winning combination.

Ventura Knight won three times last year but hasn’t shown much so far this season, including when 14th in the Lincoln Handicap at Doncaster in March. Mark Johnston will have had plenty of options for a race like this so the gelding is worth a saver at a decent price.

Yet another Redcar eight-race card gets underway at 1.50pm with the racingtv.com Novice Auction Stakes. Tim Easterby’s Iva Go was a solid second on her debut at Redcar before opening her account at Beverley, and then finishing seventh when tried in a listed race at York.

She could well get back to winning ways, but preference is for the Michael Dods filly Mecca’s Hot Steps. She was expected to go well at Ripon last time and connections were delighted with her  second place behind Kevin Ryan’s smart youngster Romero. Mecca’s Hot Steps could go one better.

Jeremy Noseda’s Newmarket raider Lost In Alaska will be fancied to find himself in the winner’s enclosure in The Racing TV Profits Returned To Racing Median Auction Maiden Stakes. The formidable Hollie Doyle and Archie Watson combination will also have their supporters with In Trustina, a good second at Thirsk before disappointing last time at Ripon.

However, with question marks against those with racecourse experience, it might pay to watch the market for signs of confidence in Richard Fahey’s debutante Diamond Shower.

Jungle Room, trained at Newmarket by Denis Quinn, was a handicap winner at Wolverhampton last April but has not been seen since finishing fourth at Chelmsford City last July. A drop in grade looks appealing despite top-weight in the Congratulations Competition Winner Maria Ferguson Selling Stakes.

However, Tizwotitiz, trained in Staffordshire by Steph Hollinshead, was a running on fourth over six furlongs in a Ripon handicap on May 19 and, with seven-pound claimer Toby Eley again in the saddle, this extra furlong might be the key.

A competitive field goes to post for the North East Autism Society Going4Gold Handicap and Arishka, trained at Lambourn by Daniel Kubler and ridden by Richard Kingscote, has solid credentials. A second to the ultra-consistent Tomahawk Ridge at Windsor last time followed back-to-back wins at Nottingham and Newcastle.

However, Scottish trainer Keith Dalgleish has been in dazzling form with a 28 per cent strike rate in the last 14 days and his filly Northern Society won at Musselburgh last time despite being badly hampered. There’s surely more to come and Northern Society would be a highly appropriate winner given the name of the race.

Music Seeker, trained at Malton by Declan Carroll, was staying on strongly when winning under seven-pound claimer Cian MacRedmond at Nottingham last time and is taken to follow up in the Market Cross Jewellers Handicap with the same jockey on board.

Mr Coco Bean, trained at Thirsk by David Barron, won at Redcar’s opening meeting of the season and was second last time out at Doncaster when James Bethell’s scintillating 2017 Zetland Gold Cup winner Briardale made a welcome return to form. Mr Coco Bean should again go close in Division One of the Come Racing Again Tomorrow Handicap.

Allux Boy, trained at Malton by Nigel Tinkler, won at Wolverhampton last time and Faye McManaman again takes off a useful five pounds in what looks like another winning opportunity in Division Two.