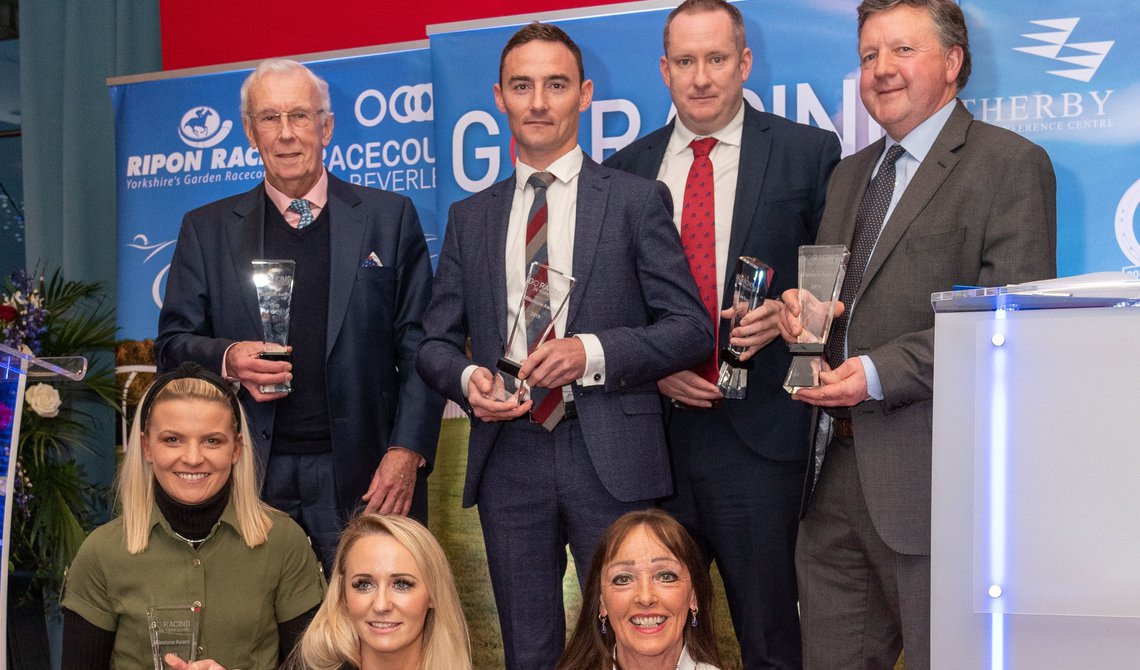 IT is all systems go for the Grand National for Definitly Red after the gallant chestnut was named Yorkshire’s racehorse of the year today.

The 10-year-old gelding, trained at Malton by Brian Ellison, was given the accolade at the Go Racing in Yorkshire annual lunch, sponsored by Sky Bet, at York Racecourse.

And Ellison told the audience: “He just loves training, loves life, loves to run, and the Grand National is where we are going, with a couple of runs before then. Having a good horse like him is no pressure – having bad horses is when there’s lots of pressure.”

Phil Martin, who owns the horse with wife Julie, added: “He’s a fantastic horse to own – he never lets us down.”

Definitly Red was unlucky when his saddle slipped in the Aintree spectacular three years ago and ran a cracker under a big weight when fourth in the Becher Chase at the Liverpool track last time out.

He won the Grade 2 Many Clouds Chase at Aintree a year ago as well as Wetherby’s showcase Charlie Hall Chase a month earlier.

Richmond-based Phil Kirby, whose charges include the popular mare Lady Buttons, was named Yorkshire’s Jumps Trainer of the Year for the first time, while Sean Quinlan was named Jump Jockey of the Year.

Prolific Malton trainer Richard Fahey was Flat Trainer of the Year and nominated his victory with Valdermoro in York’s Acomb Stakes as the highlight of his season.

“The Acomb was a race I’d always wanted to win and we thought we had the right horse,” he said.

Danny Tudhope, pictured below being interviewed by Adele Mulrennan, retained the title of Flat Jockey of the Year after finishing second to Oisin Murphy in the national Jockeys’ Championship with 133 winners and hitting the 1,000-winner mark for his career. 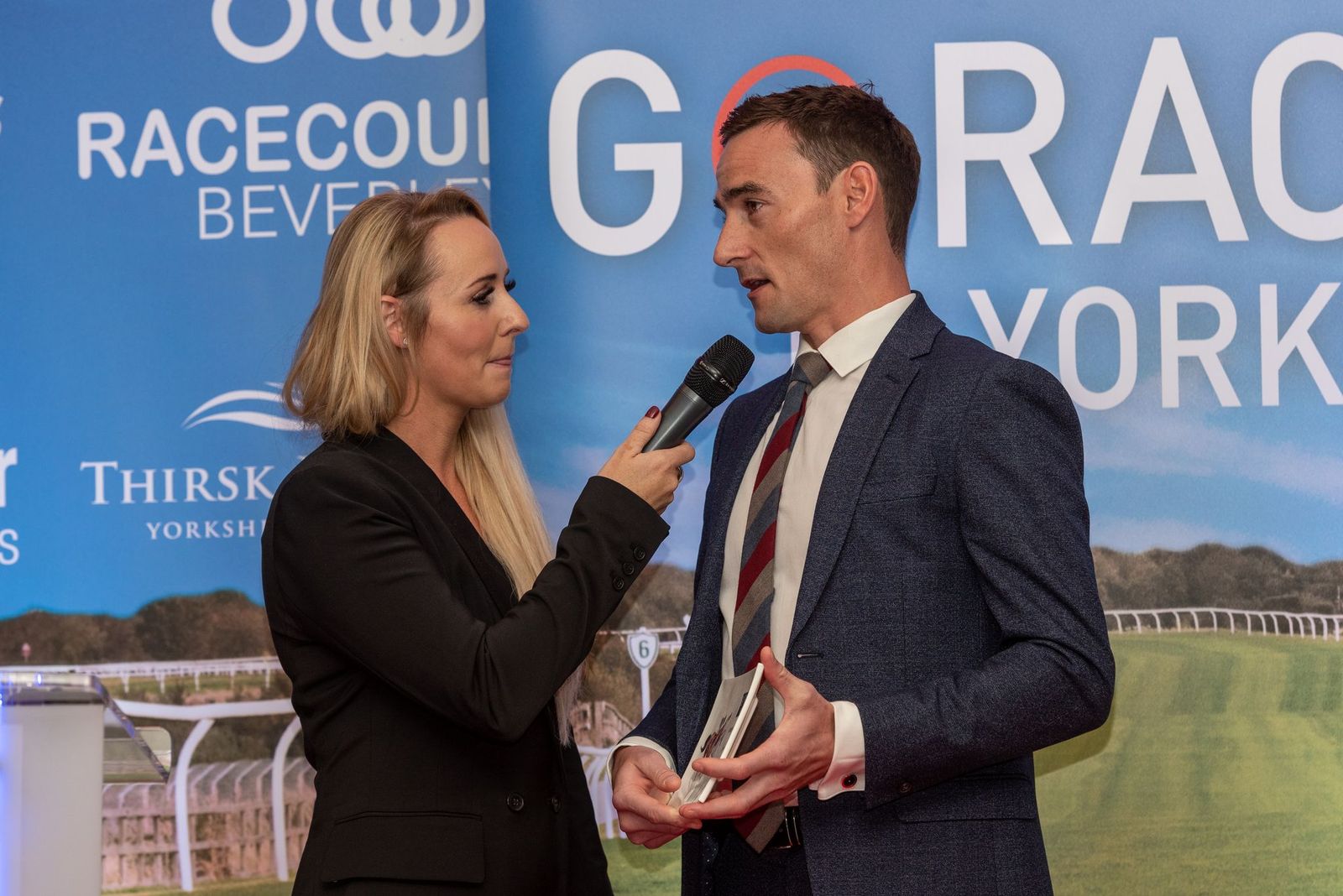 Tudhope, who was leading jockey at seven out of the nine Yorkshire courses, said winning the Group 1 Queen Anne Stakes at Royal Ascot on David O’Meara’s Lord Glitters was his highlight of the season.

“I’d love to give the championship another go next season and, hopefully, do better again,” he said.

Kieran Schofield was the first rider to retain the title of Future Stars Apprentice.

Milestones Awards were presented for the first time at the lunch and went to: