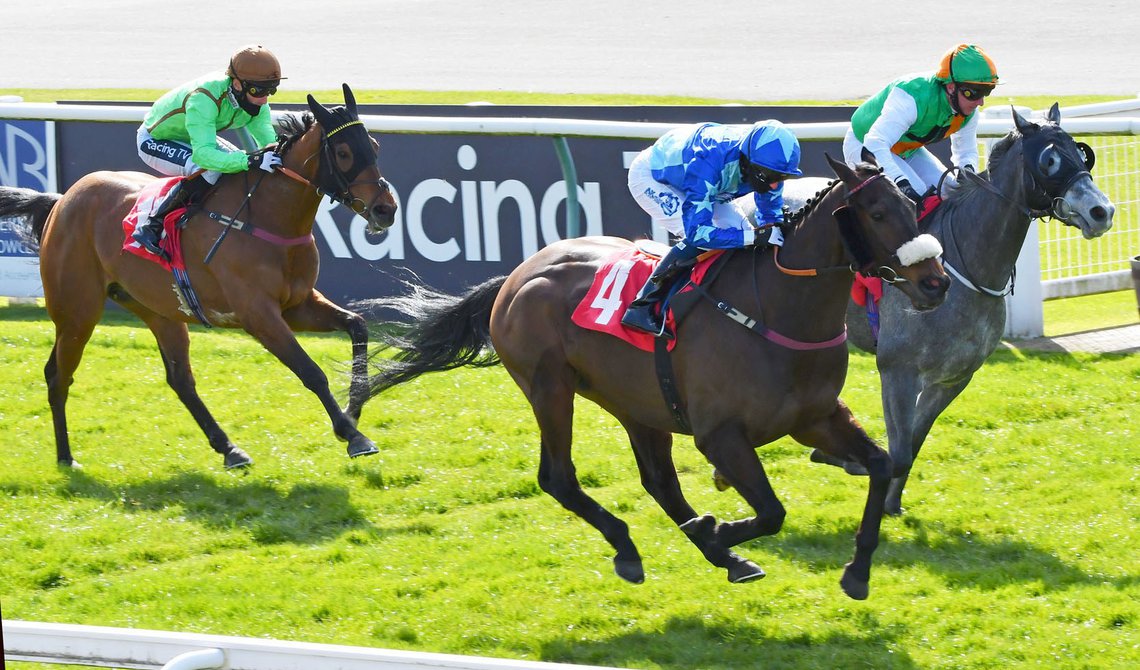 REDCAR stages a cracking eight-race card on Easter Monday and local trainer Michael Dods looks a good bet to pull a few rabbits out of the hat.

The Easter Bunny will be on duty, handing out mini-eggs to early-bird spectators, with Easter eggs also being presented to winning owners.

And Dods, who trains at Denton, near Darlington, must be sweet on the chances of a couple of his charges after they ran well at the same meeting last year.

Woven looks the pick of the bunch in the Market Cross Jewellers Handicap, with Paul Mulrennan in the saddle. The six-year-old Dutch Art gelding was an unlucky horse last season, finishing second four times, including in the corresponding race when failing by a neck to overhaul Ruth Carr’s Embour. Woven looks primed to go one better off the same mark.

Half an hour earlier, Dods saddles Danielsflyer in the Join Racing TV Now Handicap and the eight-year-old gelding is aiming to follow-up his cosy win in the race last year (see main picture). He was ridden by Connor Beasley that day and the same rider teams up with him again.

Redcar’s eight-race Easter card gets underway at 13.39 with the Watch Racing TV In Stunning HD Novice Stakes (Division One) and it looks a tricky affair with plenty making appeal. Kaatibb, trained at Newmarket by Simon and Ed Crisford, cost £200,000 and finished fourth at Nottingham on April 6 despite being hampered. Phantom Flight, trained at Middleham by James Horton, also showed promise when second at Newcastle last month. It’s also worth a market check on four-year-old debutante, Take My Chances, a daughter of Frankel, and trained in Hampshire by Ralph Beckett.

Division Two also looks competitive. Newmarket maestro William Haggas and Cieren Fallon team up with Wilkins, a Lope De Vega colt, who should build on his debut third at Nottingham in October. The danger could be Ed Dunlop’s Muhtashim who beat the aforementioned Phantom Flight when winning at Newcastle.

Veteran Thirsk trainer David Barron had a nice winner in Zarzyni at Musselburgh on Saturday and his Deevious Beau could be the answer to an open looking Andy Taylor Senior Is 80 Today Handicap. The gelding has been running very consistently on the all-weather and has the assistance of Jason Hart in the saddle. It would be no surprise if Michael Dods’ Sin E Shekells ran well at a decent price, having ran a decent race to be third on his last start at Carlisle and now running off an attractive mark.

Richard Hannon horses are always to be feared when they come up to Redcar from Wiltshire and Mount Kosciuszko, the only mount of Jamie Spencer, makes most appeal in the Watch On Racing TV Handicap. The gelding was plugging on when second at Kempton at the end of March and has an extra furlong this time.

Redcar regulars will remember Chris Dwyer’s Newmarket raider, London Eye, winning at Redcar last April when ridden by Marco Ghiani (see picture below). The gelding is back for more seaside air and has another talented three-pound claimer on board in Stefano Cherchi for the Visit racingtv.com Handicap. 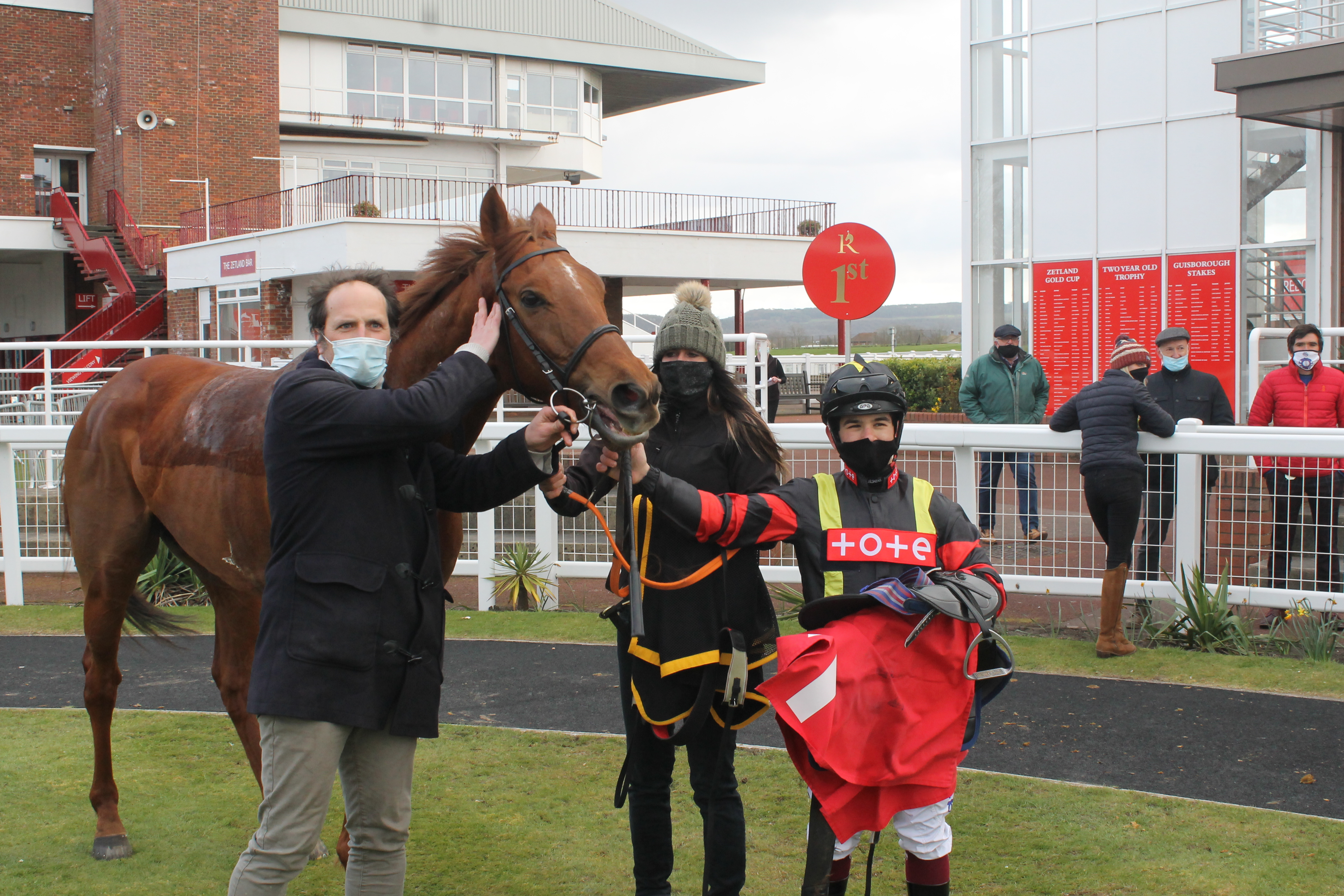 Cieren Fallon hangs around for the last race of the day, the Watch Race Replays At racingtv.com Handicap, in which he rides Royal Cygnet for another Newmarket trainer, Peter Chapple-Hyam. She ran her best race so far when third at Lingfield last month.

Ey Up It’s the Boss, trained in North Yorkshire by Tony Coyle, looks the danger after his staying on third at Catterick two weeks ago.