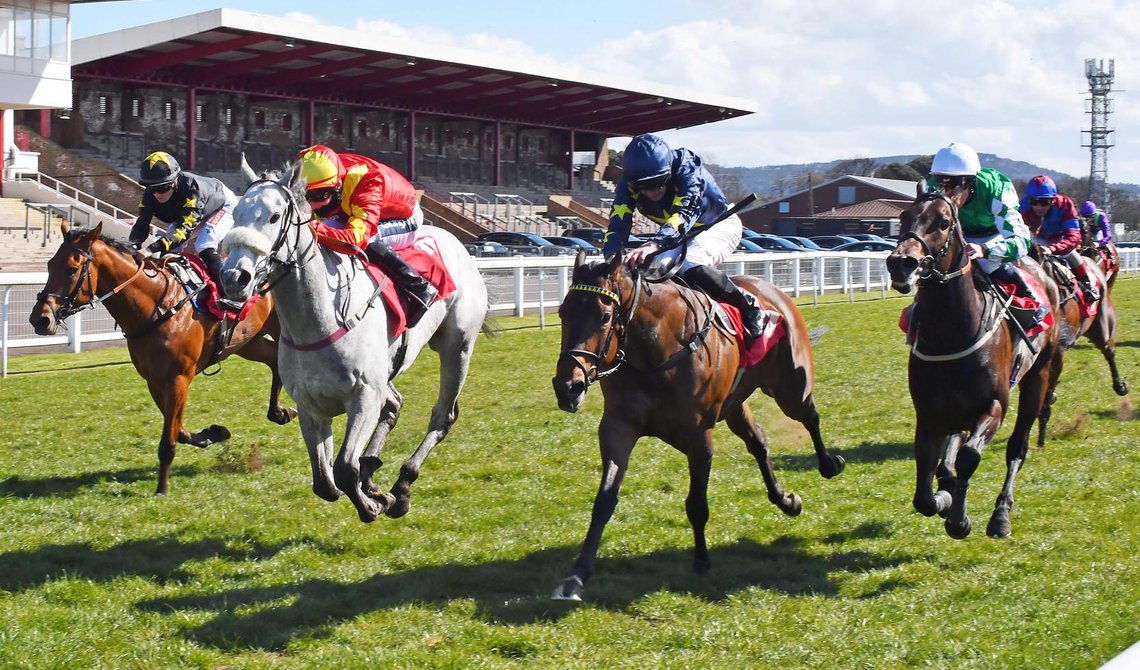 Dods, who trains at Denton, near Darlington, struck first in the day's second race, the Every Race Live On Racing TV Novice Median Auction Stakes, with the impressive Diamondonthehill. 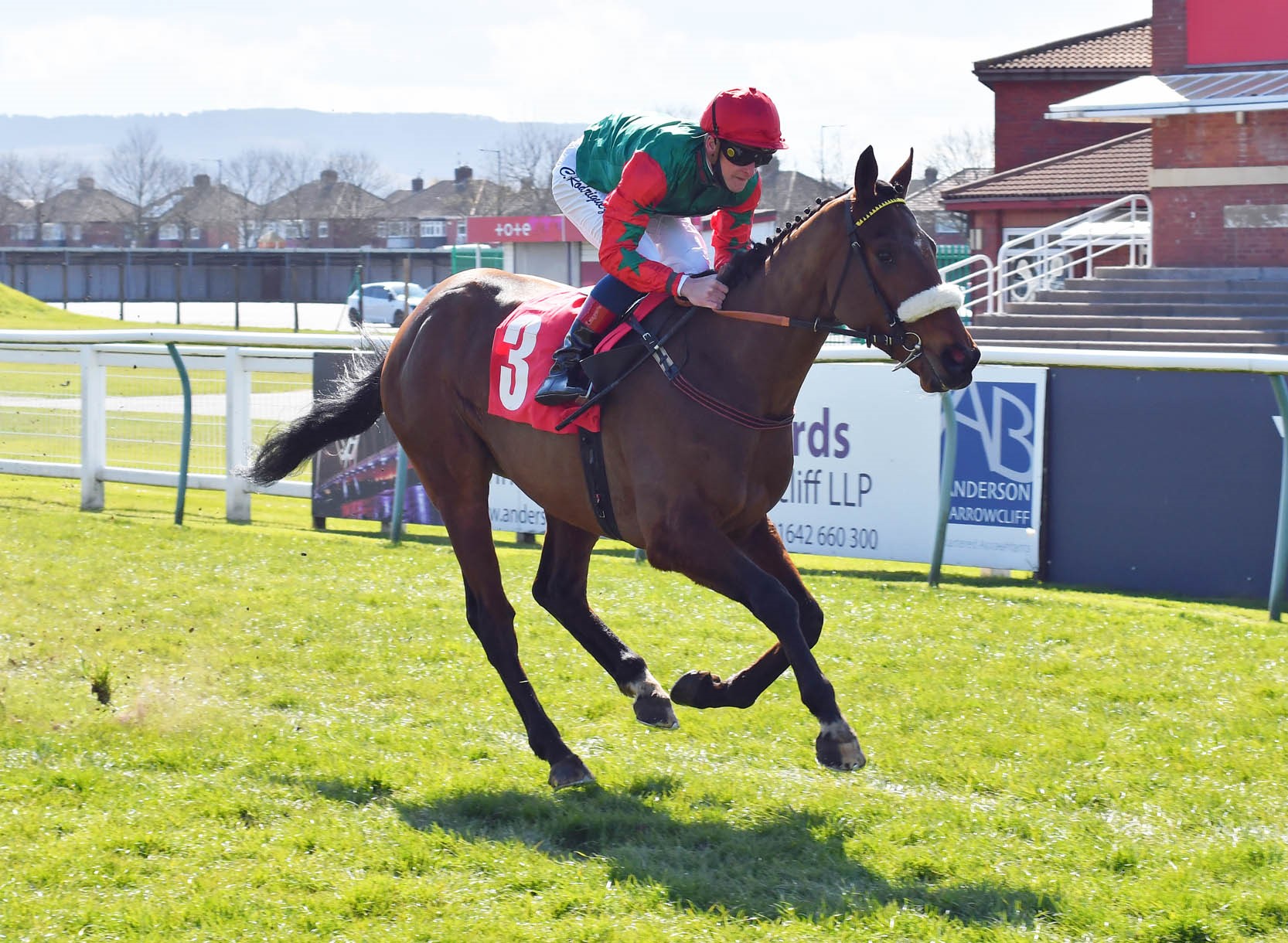 Dods said the horse had always been well regarded but had disappointed last season after bursting out of the stalls on his second start at Ayr.

“That seemed to knock his confidence and he needed to sort himself out mentally. We’ve always thought he was a nice horse, based on his homework, and he just needed to reproduce that to win.”

The horse is owned by in partnership by business friends Charlie Hill, of window manufacturer, The Sekura Group, and John Burns, of office technology company Diamond Group.

Mr Hill said: “John’s never had a horse before but wanted to have a share, so we asked Michael to buy one for us at the Newmarket sales and we ended up paying £40,000 for him.

“He’s always gone well at home and he’s grown up today – we’re thrilled. We like York so we’d love to aim for a race there.”

Dods doubled up in the following race, the Racing TV Straight Mile Handicap Stakes, with A Boy Named Ivy getting up close home under Paul Mulrennan.

The three-year-old grey gelding (main picture) was having his first run for the Dods yard after transferring from Alistair Whillans, and the trainer admitted the victory had been a surprise.

“We weren’t expecting that because I think he’ll get a lot further. He doesn’t do much at home and he didn’t do much in front, so I might put cheekpieces on next time to make him concentrate.”

Mulrennan added: “We haven’t had him long so we’re still learning about him. Michael’s horses are in great form and let’s hope it continues.”

Ed Bethell has taken over the licence from his father James at Middleham this season and Briardale brought back memories of his scintillating victory in the 2017 Zetland Gold Cup, with an equally easy win in the final race of the day.

Briardale, now a nine-year-old, had Division Two of the Watch Race Replays At racingtv.com Handicap sewn up a long way out and won hard-held by seven and a half lengths with Danny Tudhope doing the steering.

Travelling head lad John Wall said: “He went up in the handicap after that Zetland Gold Cup win, and we thought about retiring him at one stage, but he’s been a grand servant, and he just thoroughly enjoyed himself. The key is keeping horses happy and he’s loving life.” 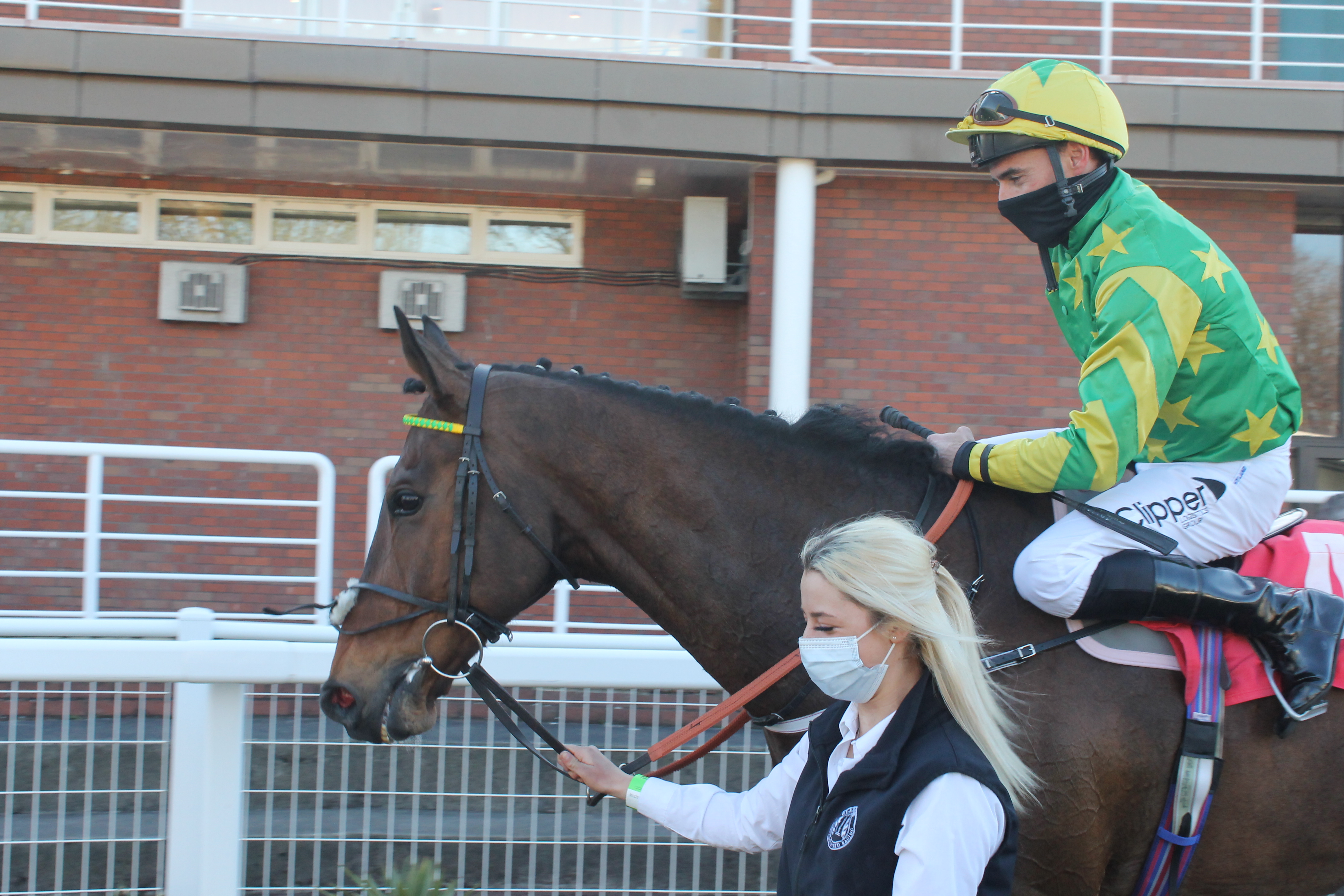 Division One had seen Tristan Davidson, who trains near Carlisle Airport, landing a nice winner in the form of Greengage.

Davidson, who also owns the six-year-old mare, was hoping she would transfer her more solid all-weather form onto the Redcar turf, and she did it well by half a length from favourite Will Sommers.

“She’s rated 75 on the all-weather and 60 on the flat, so I’m pleased with that. She’s game and we’ll try to max it out on the grass now,” said the trainer, who mainly concentrates on the jumps with his small string. 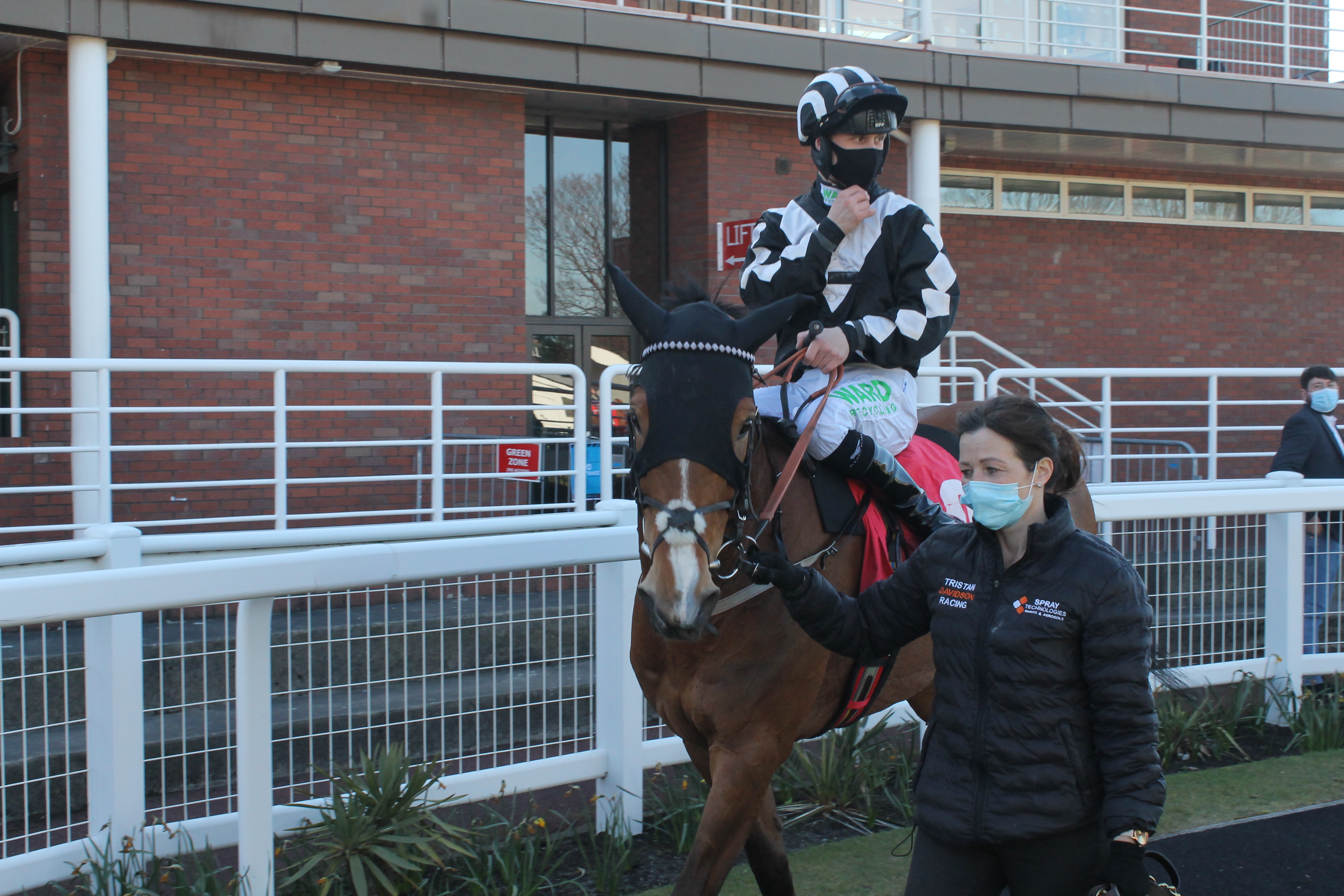 First winner of the day was debutante Instinction, trained at Hambleton by Bryan Smart and ridden by Graham Lee, in the Join Racing TV Now Fillies Restricted Novice Stakes.

The jockey said: “Her homework had been good, and she’s done it really well. I only gave her a couple of flicks and she’ll learn plenty from that, so happy days.” 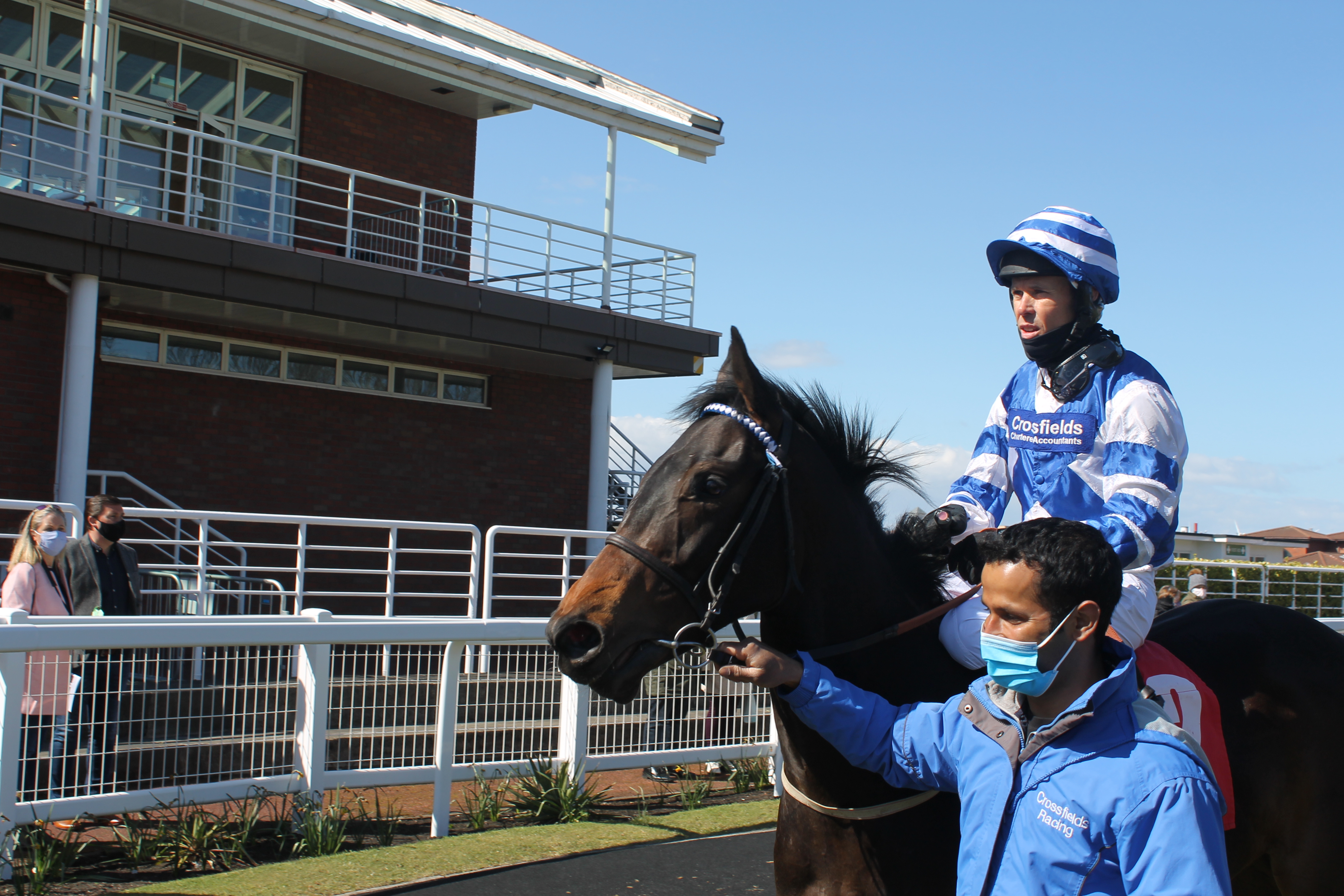 Pop legend Bez, of Happy Mondays, was at the seaside track to launch his new racing club with Mystic Moonshadow, trained at Leyburn by Jedd O’Keeffe. However, the filly refused to enter the stalls, leaving Bez to lament: “That’s the way it goes, but I suppose it’s what you call a very unhappy Monday.”

Owners Alan and Hazel Tattersall celebrated their 105th winner over more than 20 years when Defence Treaty, trained at Malton by Richard Fahey and ridden by Paul Hanagan, gunned down the opposition in the Follow @racingtv On Twitter Handicap to spring a 20-1 surprise.

Alan, who runs a scaffolding business in West Yorkshire, said: “That was fantastic. We thought we were up against it with an odds-on favourite, but Paul had him in front all the way and he said nothing was going to get past him today.

“He couldn’t pull him up at the end and thought he was going to have to go round again. We have Vintage Clarets running at Beverley on Wednesday, so let’s hope we can get the double up!” 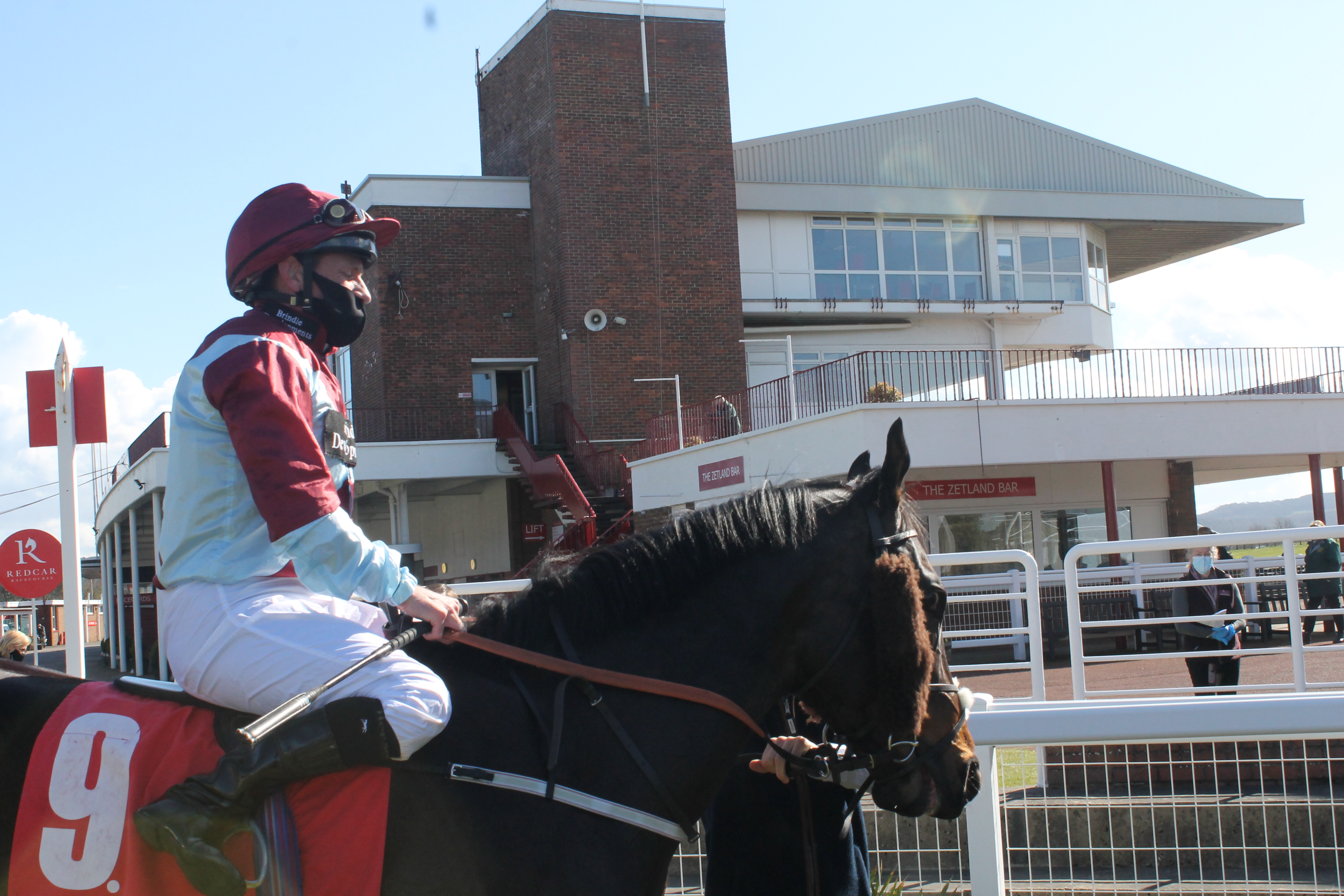 The trainer-jockey combination had struck on Redcar’s opening day of the season a week ago when Ilza’eem was a highly impressive winner.

Camelot Tales was more workmanlike, but McDonald was still impressed and thinks there’s better to come: “He’s immature and learning on the job, and I think he’ll improve again when he goes further. He still needs to learn to drop his head and stretch out but he’s going the right way.”

Jack Kennedy, a Galileo colt, trained by John and Thady Gosden, stayed on to be third without looking dangerous. 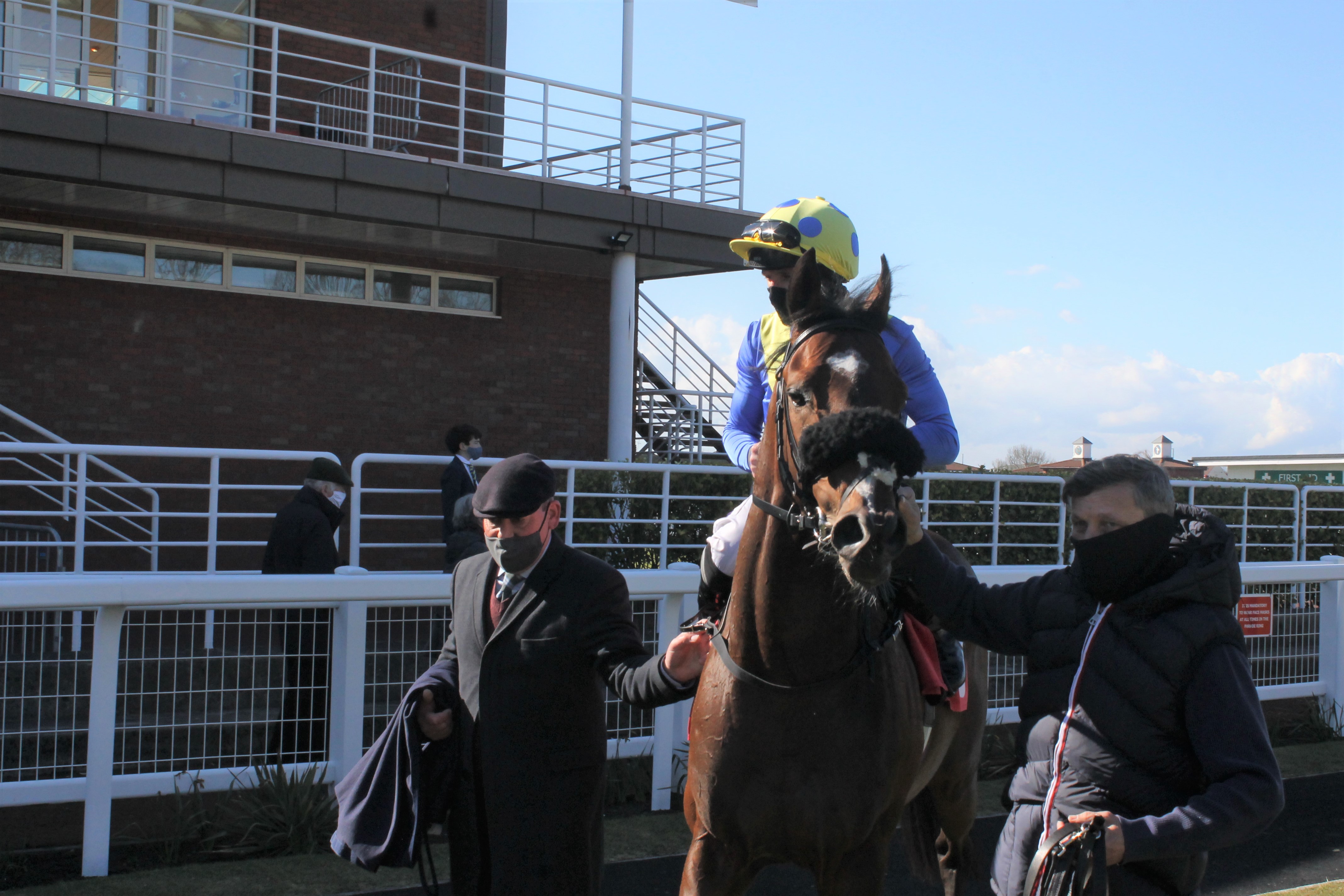 The Gutaifan colt, a winner at Ayr on his last run as a two-year-old, stretched out well to see off the challenge of the Gosdens’ Otyrar in the hands of Nathan Evans.

Trainer’s daughter Nicola said: “It was a difficult race to assess because you never know what you’re up against, but he’s been going well at home and did it well. He looks a nice staying prospect who’ll improve with further. The owners would like to go to some nice places and, hopefully, they’ve got a horse to enable them to do that.” 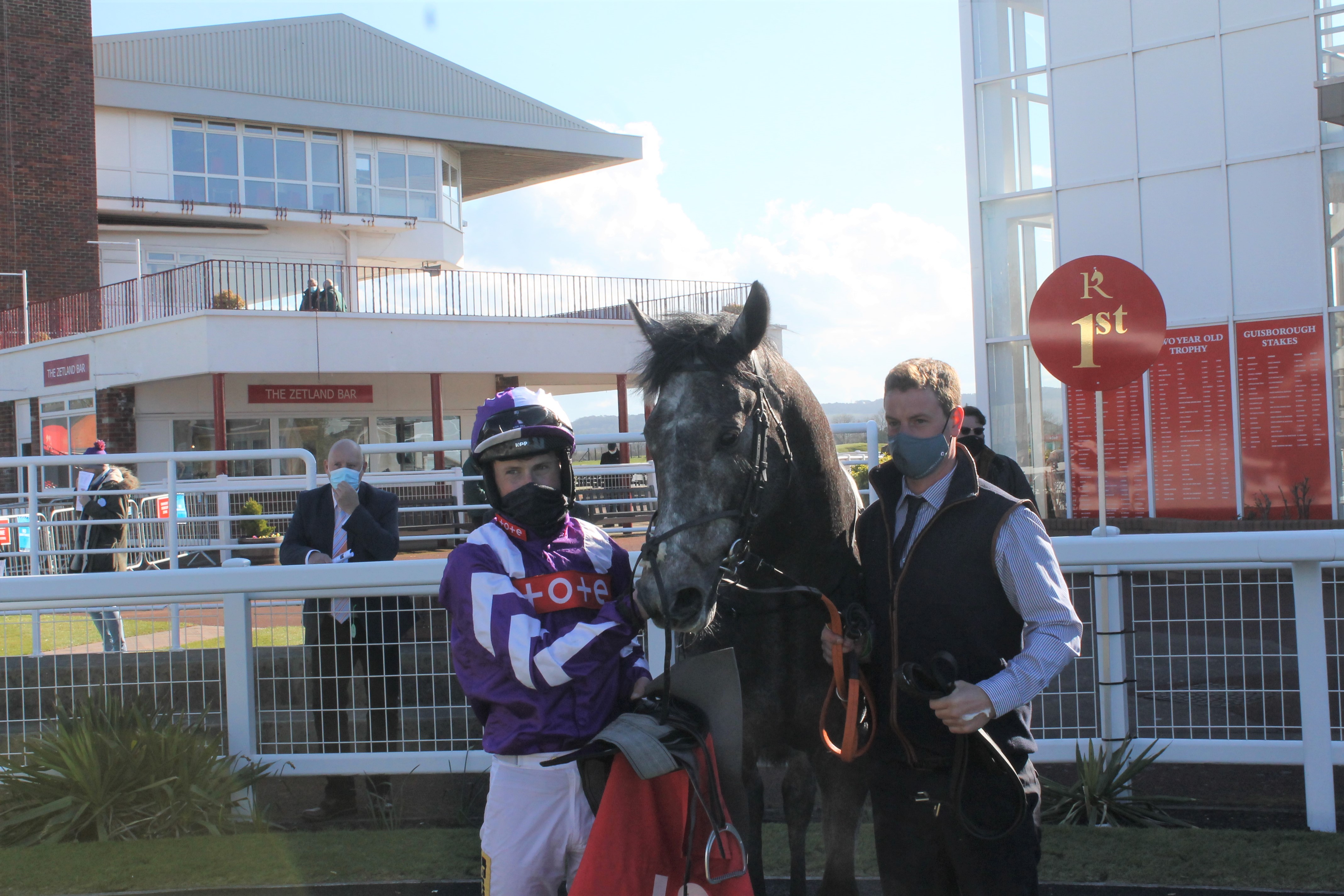