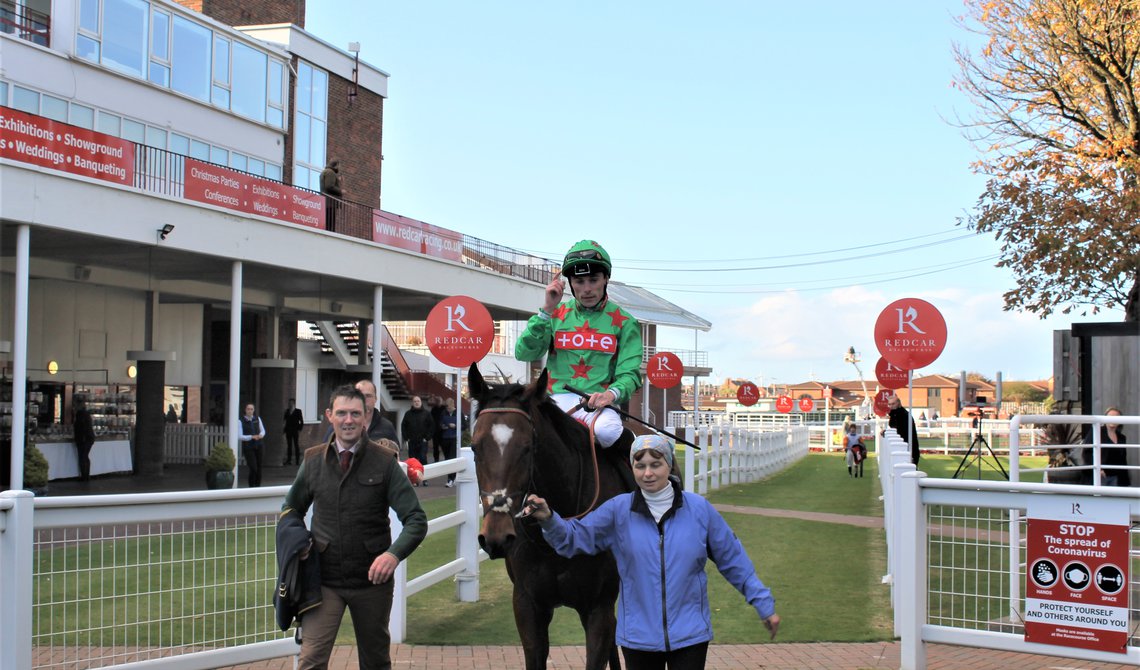 IT was three winners out of three for Lambourn trainer Charlie Hills and jockey Kieran Shoemark at Redcar during October, and dream run looks set to continue on Poppy Appeal Day on Tuesday.

The combination are double-handed with Dream Show and Carausius, and the former looks the best chance of another Redcar winner in the British Stallions Studs EBF Novice Stakes (Division Two).

Still a maiden after three runs, the Tamayuz colt was a promising second, beaten only a head, on his last outing at Leicester and that form looks good enough.

Carausius was a winner at Southwell in March but hasn’t been seen on the track since being last of six at Ripon back in May. He has plenty to prove after such a long lay-off so the market is best watched for signs that he could be back to his best in the Thanks & See You Next Season Handicap.

Preference is for Tim Easterby’s Bollin Neil, a three-time winner this year, and one who has retained his form, judged by his close second at Catterick last time. Ella McCain takes off a useful five pounds.

Another eight-race card at Redcar gets underway at 12.05 with the British Stallion Studs EBF Novice Stakes (Division One). Fourth Time Lucky, trained at Malton by Richard Fahey and ridden by Tony Hamilton, showed definite promise first time out at Redcar when a solid third to Charlie Hills’ Bell Shot and will take some beating. However, he faces an interesting newcomer in the William Haggas-trained Spirit of Nguru with Tom Marquand heading north for the ride.

Marquand, third in this year’s jockeys’ title race, hangs around for the final race to team up with Mick Appleby’s Vocatus. He’s been hard to win with since scoring at Galway when trained by Jim Bolger two years ago, but his narrow defeat on soft ground at Ayr last time suggests he could be the answer in the everypoppycounts Handicap.

The conditions look right for King of Tonga in the Yorkshire Jumps Racing Is Back Selling Stakes. The five-year-old, trained at Upper Helmsley by David O’Meara, won at Redcar on his second start as a two-year-old in 2018 and won on heavy ground at Newmarket the following year.

Third at Redcar on his last start when racing alone on the far side in a Class 6 handicap, he looks sure to give a good account under seven-pound claimer Mark Winn on ground that should suit in this lower grade.

First Greyed, trained near Darlington by Michael Dods, is another crying out for soft ground, so the recent rain could put him right for the Royal British Legion Poppy Appeal Handicap. He won on heavy going at Haydock off a handicap rating of 73 in October 2020, and he’s now down to 68 following a decent fourth at Doncaster last time.

Simon and Ed Crisford’s Newmarket raider Barshaa aims for a hat-trick in the Join Racing TV Now Handicap. However, the David Barron-trained Baryshnikov was a real eye-catcher when finishing fifth of 18 at York despite running into interference. Few jockeys have ridden Redcar as well as Connor Beasley this season, so Baryshnikov could lead them a merry dance.

All Things Bright finally got her head in front in a seller at the last Redcar meeting, and Cumbria trainer Tristan Davidson looks to have found another good opportunity in the Watch Racing TV Anywhere Claiming Stakes.