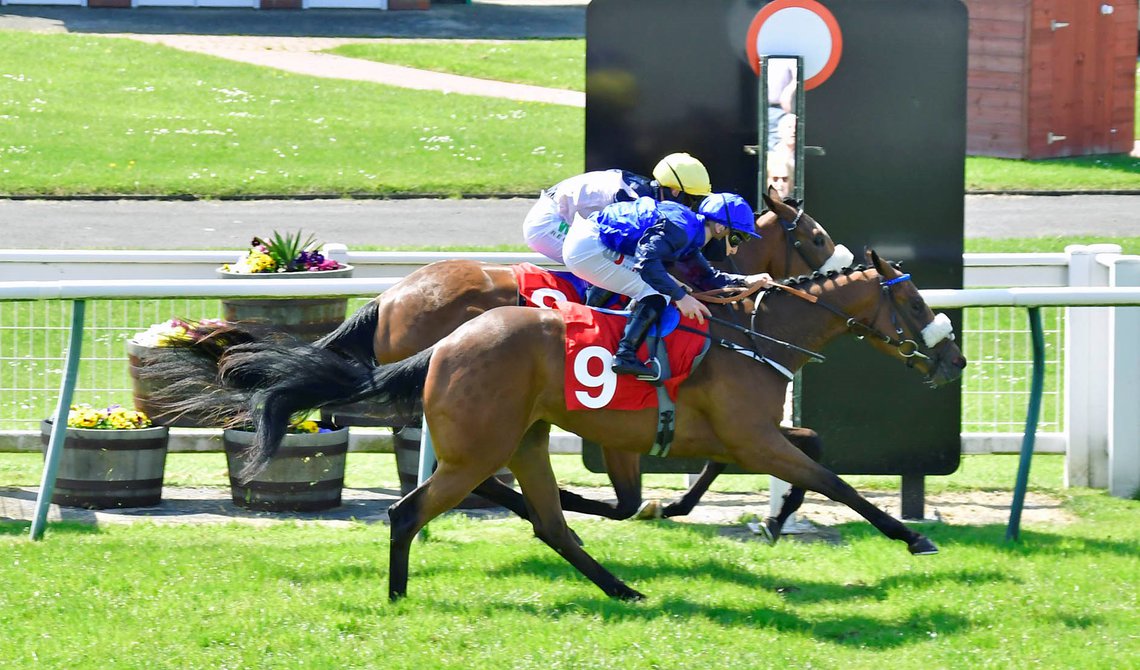 A BARGAIN basement filly has inspired dreams of Royal Ascot after winning on her debut at Redcar today.

El Maga, trained by Phil Makin and ridden by Rowan Scott, was backed from 40-1 to 17-2 before landing division two of the Longines Irish Champion Weekend EBF Restricted Maiden Fillies' Stakes.

And the Mehmas filly, bought for just £8,000 as a yearling, could now be aimed at The Albany Stakes at the Royal meeting after beating the Julie Camacho-trained Burning Emotion in a thrilling finish.

Makin said: “She’d showed a bit at home and we thought she might run alright. She wouldn’t want the ground too quick so we’ll see what the weather does.”

The horse is owned by Kevin Harle, who runs the SYPS (UK) Ltd packaging company based at Doncaster, and other horses that run in his colours include Muker, third in last year’s Windsor Castle Stakes at Royal Ascot.

Kevin said: “You’ve got to dream and we’d love to go to Ascot again. She’s always been small but she’s really grown and strengthened over the last couple of months. We hoped she’d be in the first three but that was superb.” 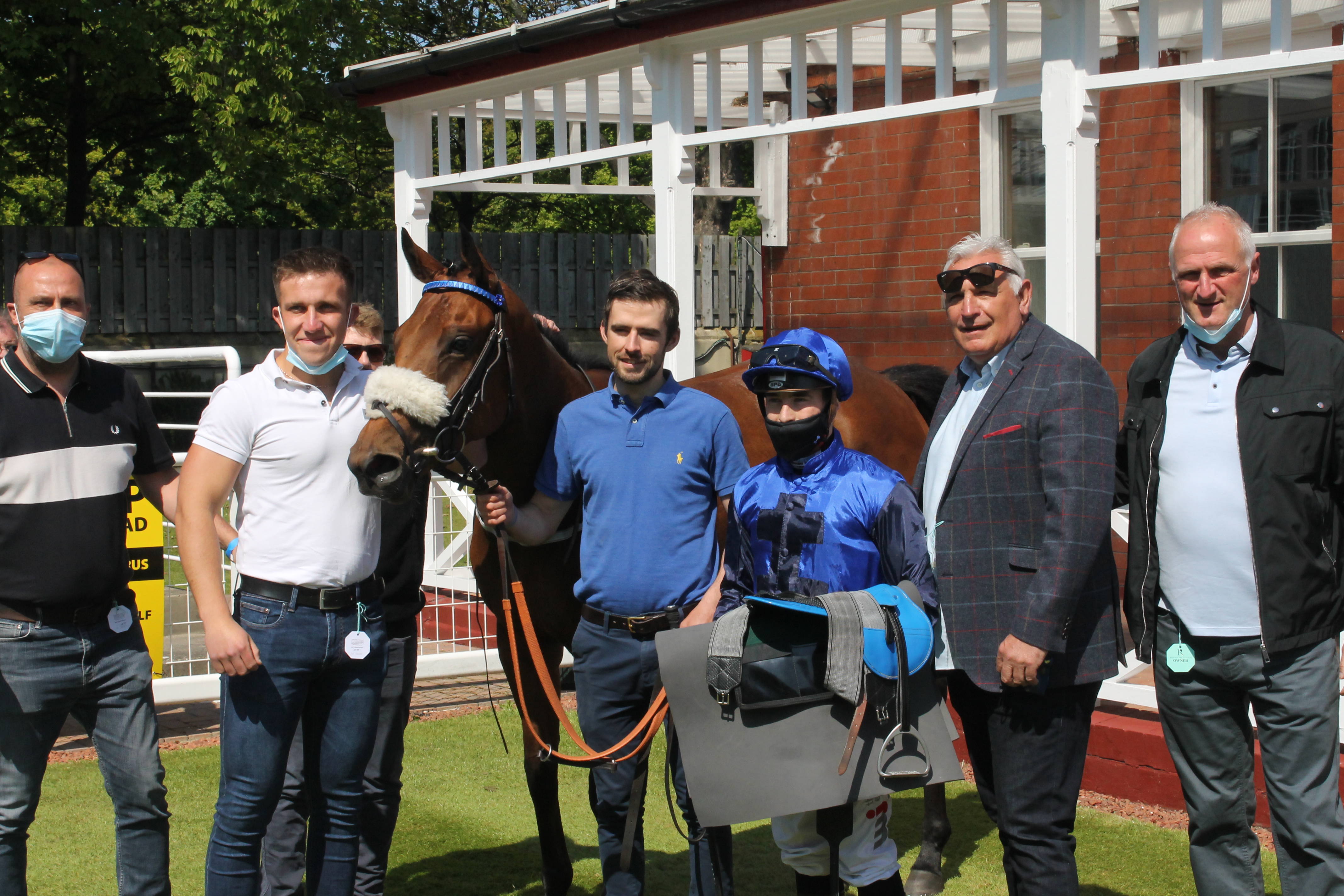 There was a poignant back-story to The Watch Race Replays At racingtv.com Amateur Jockeys’ Handicap, won by the David O’Meara-trained Hard Solution and ridden by Matthew Ennis.

The horse, who got up in another photo-finish, is the first winner for Roger and Janet Huin, from Glossop, who got into racing thanks to the inheritance of Janet’s beloved Uncle Pat, who died last year.

Five years ago, Roger went up to David O’Meara in a pub and promised that one day he’d achieve his dream of having a horse trained by him.

Then, when Uncle Pat died last year, the couple got their chance to do something they’d always wanted to do – own a racehorse.

They bought a two-year-old called Pat On The Back, with David O’Meara, but the horse has had a few problems and hasn’t raced yet. In the meantime, they went into partnership with David on Hard Solution.

“It’s just fantastic – we’re over the moon,” said Roger. “It’s all down to Janet’s Uncle Pat and we’ll be toasting him tonight.”

The winning jockey, who also looks after Pat On The Back, has been with David O’Meara for four years and this was his sixth winner.

“David wanted me on the far rail because that’s where the winners have come from and the horse has got me out of trouble because I didn’t think we’d got up,” said Matthew. 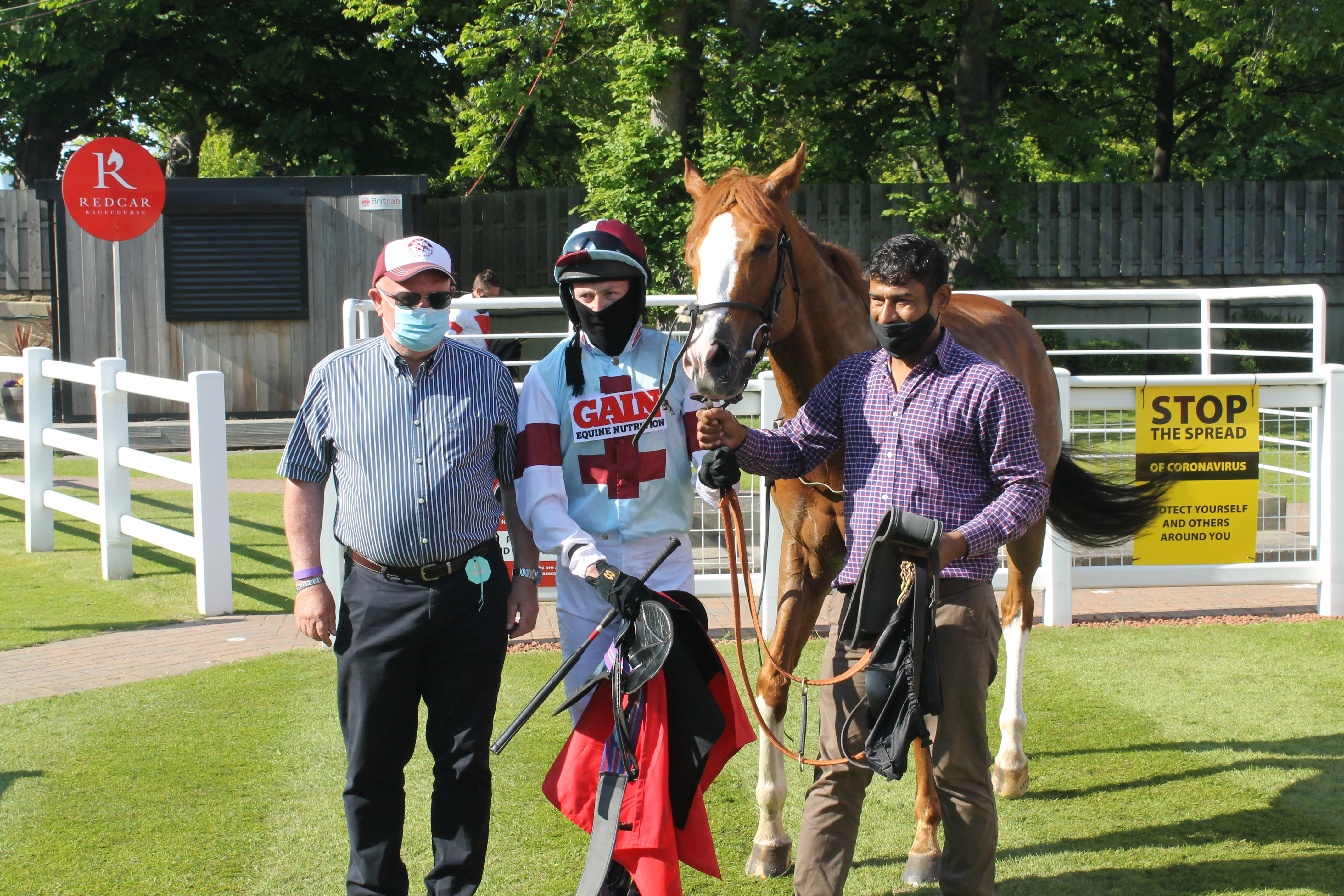 There was another heart-warming tale behind the Watch Irish Racing On Racing TV Median Auction Maiden Stakes, won by Pertemps Sia, trained by Scott Dixon, and ridden by five-pound claimer Jonathan Fisher.

Prize money from the Canford Cliffs filly, owned by the Pertemps Group, is donated to the Spinal Injuries Association.

The Nottinghamshire trainer said: “That’s the story here - it’s a great cause and something close to everyone’s hearts.

“She’s got an engine so we told Jonathan to just let her enjoy herself and he did just that. It was a very good ride from the front.She’s been a bit difficult to get to this stage because she’ s been a late developer but did she it really well for only her second run.” 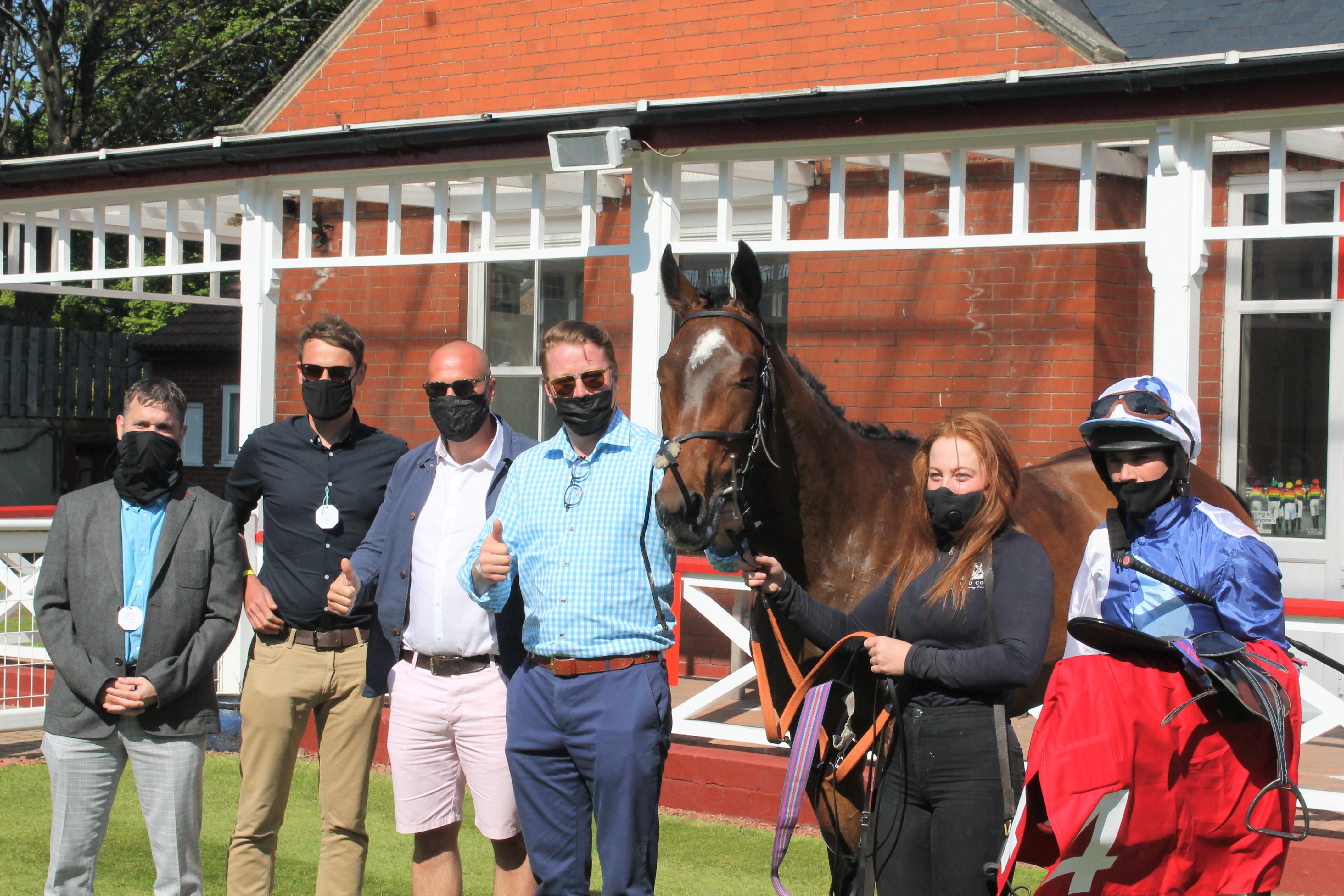 The Fascinating Rock filly is trained at Newmarket by Kevin Philippart de Foy who took over Ed Vaughan’s Newmarket yard last November and is now into double figures for the season.

The trainer said: “She’s been doing some nice work at home and was impressive but we won’t rush her because she’s a bit fragile.” 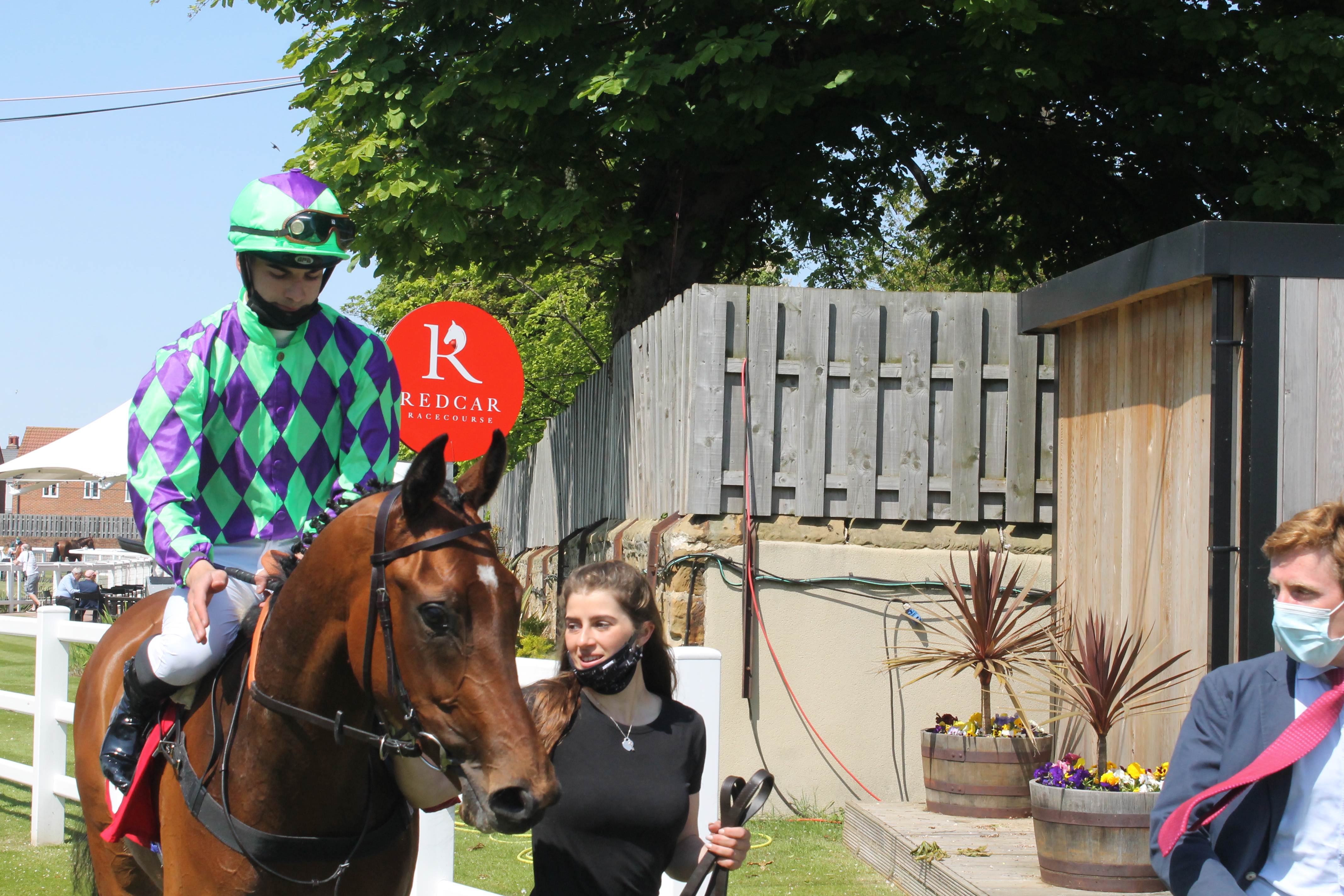 Mike Kelly, who runs the syndicate, said: “The jockey said the cheek-pieces were the key – they really sharpened her up. She only cost £4,000 in the sales in Ireland and she’s won six times, so Eric’s done us proud.” 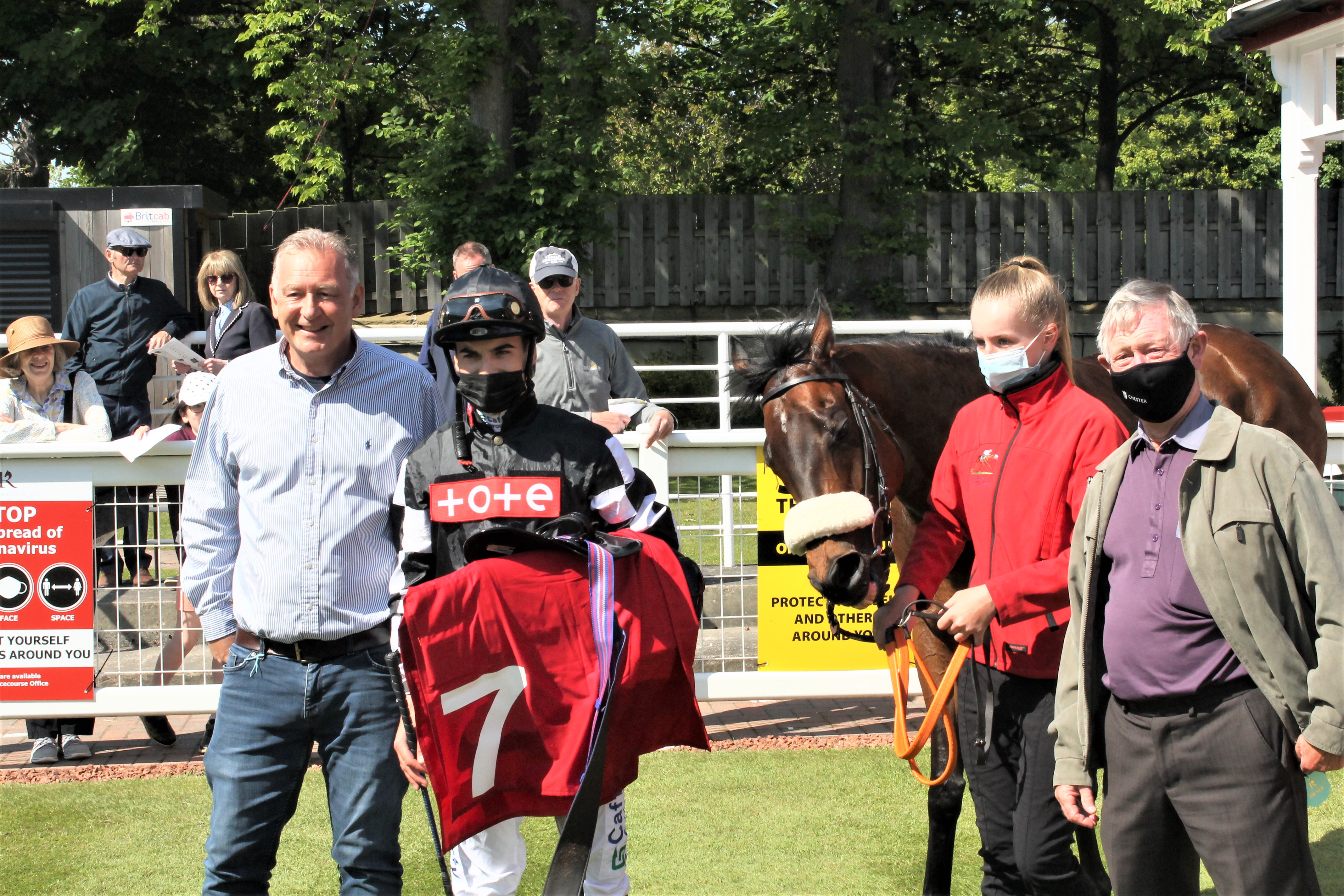 Members of another syndicate were celebrating after Mabdaa – owned by the Tykes and Terriers Racing Club – took the Racing TV Profits Returned To Racing Handicap. Trained near York by Antony Brittain, the Oasis Dream gelding held on well under Cam Hardie.

The club was originally set up from supporters of Barnsley and Huddersfield football clubs 15 years ago and administrator Brian Totty, said: “That was absolutely brilliant. We expected it to win but whether it did was another matter! He’s a well-bred horse who’s sound as a pound.

“The last Oasis Dream horse we had was called Sleepy Blue Ocean, trained by John Balding at Doncaster, and it won 10 or 11 races. Hopefully, this one will go on to give us more fun.” 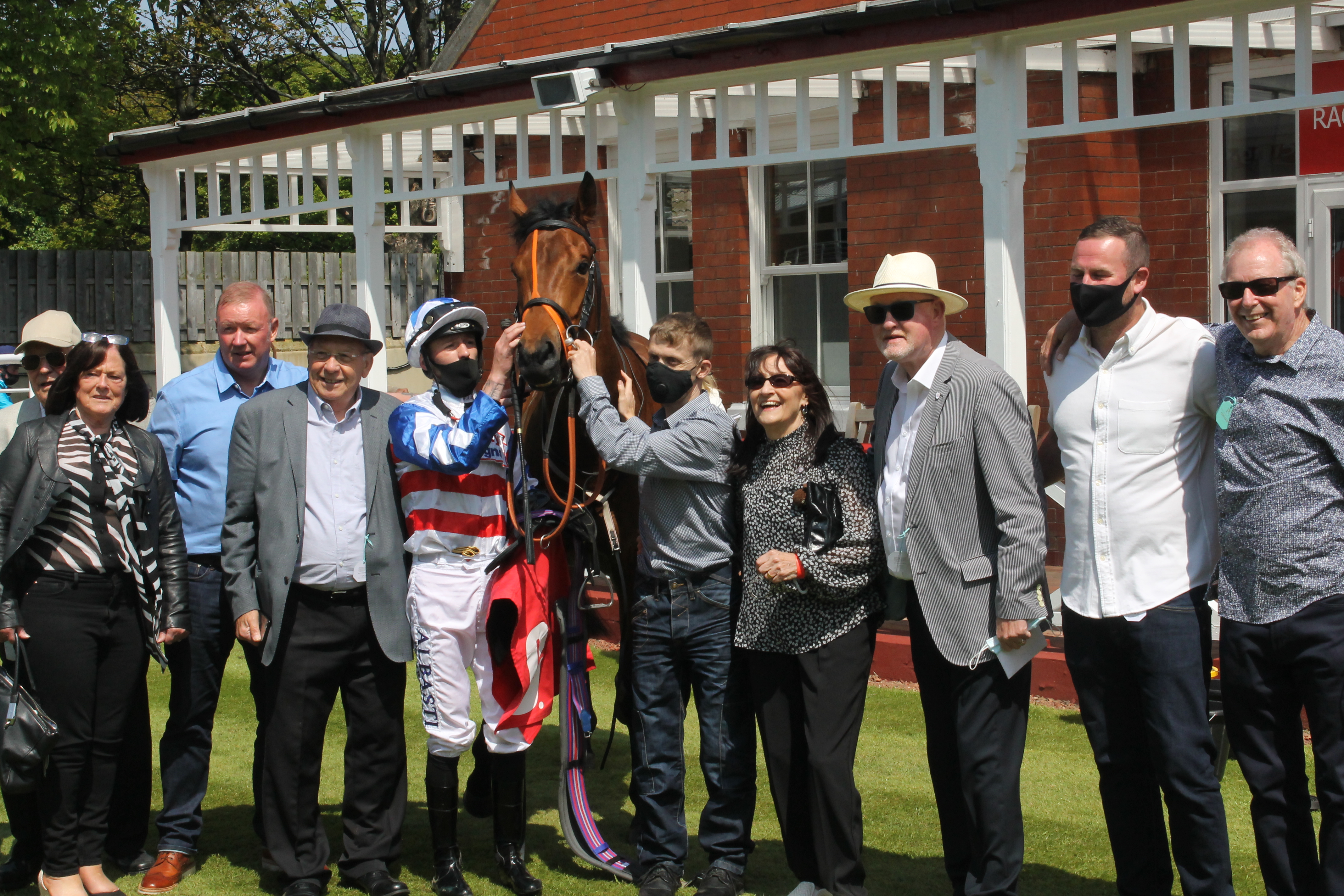 The horse didn’t run as a two-year-old and was bought from Shadwell Estates last year to run in the club’s colours.

The Join Racing TV Now Handicap was a family affair as Glengarry, trained by Danny Brooke and ridden by Graham Lee, triumphed for The Glengarry Partnership, comprising brothers Shaun and Peter Sowray and their wives Julie and Liz.

Julie, from Harrogate, said: “We’re elated. We bought him last year and he’s been getting closer, so it’s nice to see him get his head in front.” 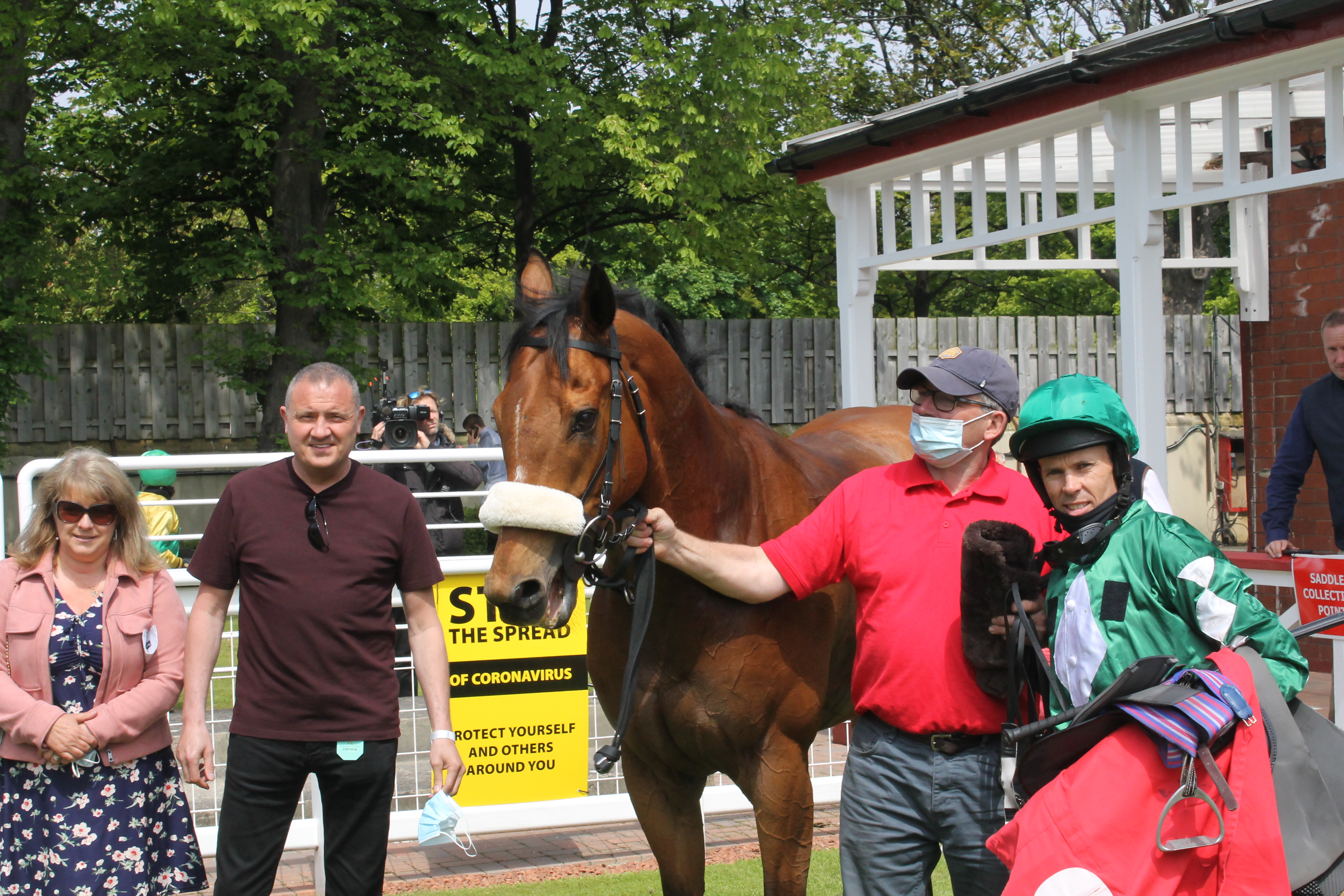 The step up in trip proved the key to unlocking the potential of Prison Break in The Follow Redcar Racing On Facebook & Twitter Maiden Handicap. Trained at Malton by Richard Fahey, ridden by Paul Hanagan, & owned by Merchants & Missionaries. 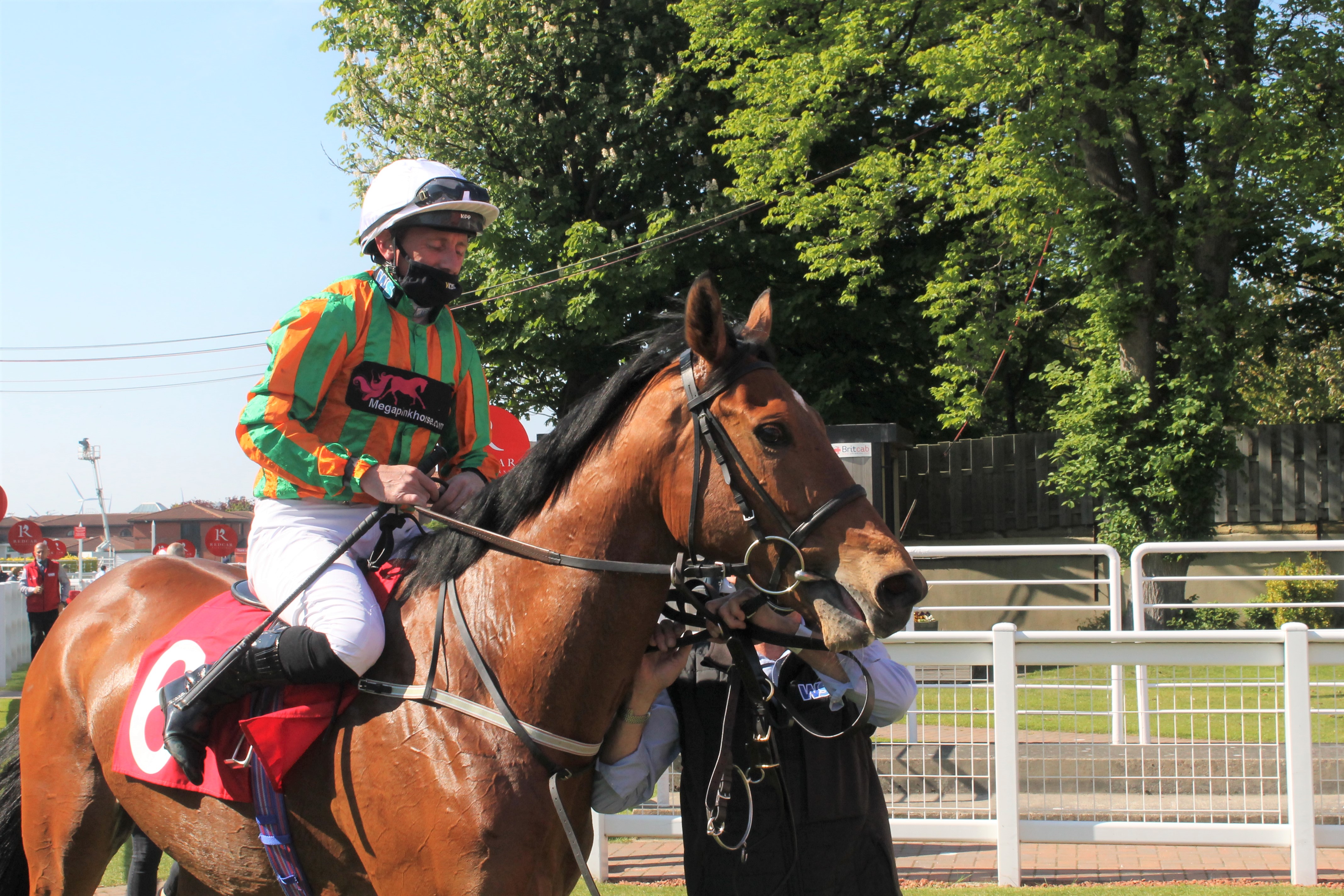