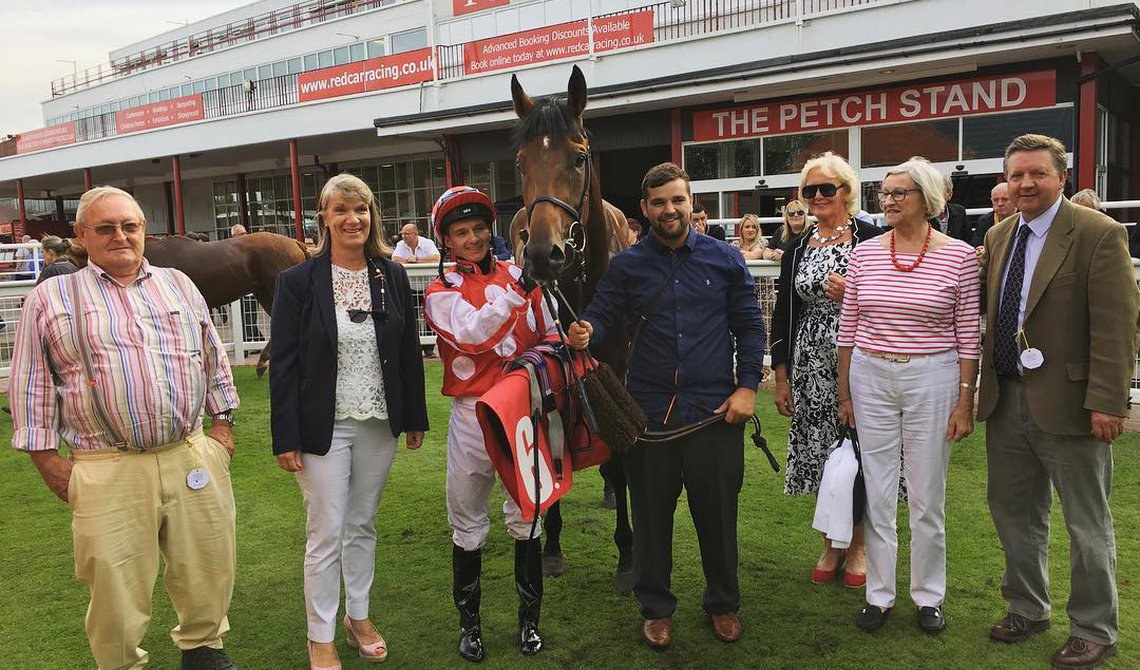 Jockey David Allan secured the first four-timer of his career on The Knot Is Tied at Redcar’s last meeting and the progressive gelding is back in action at the seaside track on Saturday.

Tim Easterby’s charge won in impressive style by five lengths that day and is fancied to continue the momentum in the Market Cross Jewellers Handicap, this time with Rachel Richardson in the saddle. Simon Crisford’s Newmarket raider Eyecatcher, a winner at Ripon earlier this month, will be hard to beat but The Knot Is Tied (pictured in the winner's enclosure at the last meeting) is taken to string two back-to-back Redcar victories together.

The seven-race card gets underway at 4.55pm with the Racing UK’s Biggest Ever Flat Season Handicap for lady amateur riders. They don’t come much better than York solicitor Serena Brotherton, who won the race last year on Time To Blossom. Her booking for Island Song, trained in Cumbria by Tristan Davidson, looks significant. The filly has clocked up three in a row, at Ayr, Beverley and Carlisle, and looks set for a four-timer.

Davidson has a solid chance of a double with Ti Amo in the Best Flat Races Live On Racing UK Handicap. The mare, who has been knocking on the door with two seconds at Ayr and then Thirsk last week, could go one better this time.

Archie Watson sends two runners on the long journey from Lambourn and he and jockey Hollie Doyle might also have a double. Fognini goes first in the Get So Much More With Racing UK Novice Auction Stakes for two-year-olds and the race sees a rematch with Michael Dods’ Billy No Mates. The latter took the spoils by three-quarters of a length at Ayr last time but a pull in the weights suggests Fognini will come out on top this time.

Watson’s other runner is Concello in the Bakers Tailoring and Formal Hire Fillies’ Novice Auction Stakes. The filly was a promising second at Lingfield before scoring well at Salisbury last time. The danger is likely to be Ivan Furtado’s Freed From Desire, a winner at Redcar in June.

Malton trainer Nigel Tinkler is enjoying a fine season and Kaeso, a winner at Chester earlier this month, is taken to keep the veteran handler’s resurgence going in the Racing UK Straight Mile Series Handicap.

Tinkler will fancy his chances of a double with recent Thirsk winner Cliff in the Watch Race Replays At racinguk.com Handicap. However, preference is for John Balding’s eight-year-old Fortinbrass, who kept on well to be second at Redcar’s August 1 meeting and again has Izzy Clifton claiming seven pounds.