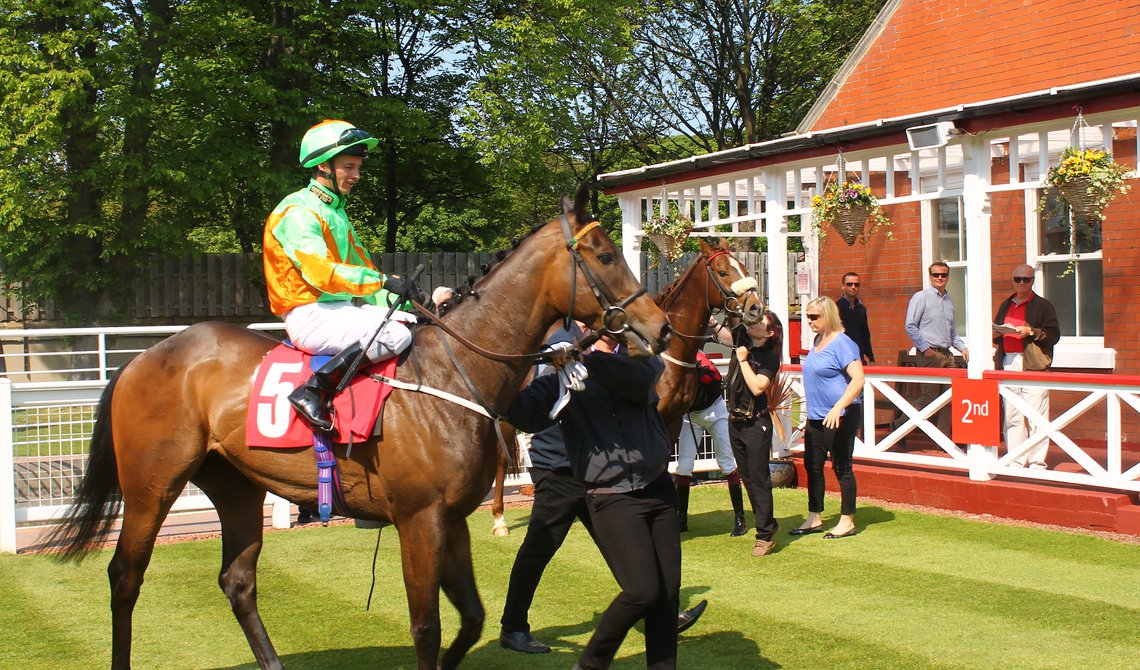 CROWDS return to Redcar Races tomorrow (Monday) for the first time since October 2019 as coronavirus restrictions continue to be eased.

May 17 marks Step 3 of the Government’s roadmap out of lockdown, which includes outdoor events being capped at 50 per cent capacity.

Redcar is one of five UK race meetings being held, along with Carlisle, Ffos Las, Windsor and Leicester.

However, strict safety measures will remain in place for the eight-race card, including temperature testing, a medical questionnaire, facemasks, social distancing, and numerous hand sanitiser stations.

Redcar’s general manager Amy Fair said: “We’re really looking forward to welcoming spectators back after so long, we’ve really missed the atmosphere they bring, but the emphasis has to remain very much on public safety.”

On the track, Malton trainer Tim Easterby’s horses are in fine form, with three winners at the big Dante meeting at York, and he has an eye-catching runner in Eeh Bah Gum in the Watch Racing TV IN Stunning HD Handicap.

Rewind the clock to 2018 and the six-year-old gelding racked up five wins, including four in a row – two of them at Redcar (see main picture).

His last win, at York, was off an official rating of 83 and he’s now down to a dangerous looking 73. Despite finishing seventh, he wasn’t beaten that far on his 2021 debut at Thirsk on May 1, and will strip fitter this time under Duran Fentiman.

Ed Dunlop is dreaming of Epsom Derby glory after the beautifully bred John Leeper – named after the trainer’s classic-winning father – was an impressive winner of the Fairway Stakes at headquarters on Saturday.

And the Newmarket trainer can take Redcar’s opening Great To Welcome You Back Median Auction Maiden Stakes with Mutawaarid.

The Dawn Approach gelding, running in the famous Shadwell Estate blue colours, shaped well on his debut to be second at Wolverhampton on his debut and is expected to go one better in the hands of Dane O’Neill.

Hollie Doyle is always a popular visitor to Redcar and she teams up with another southern raider in Ed Walker’s Petalite in the second race, the Racing Straight Mile Fillies’ Handicap.

However, preference is for Vindobala (pictured below), who won over the course and distance on good to firm at Redcar’s opening fixture of 2021 at the start of April. 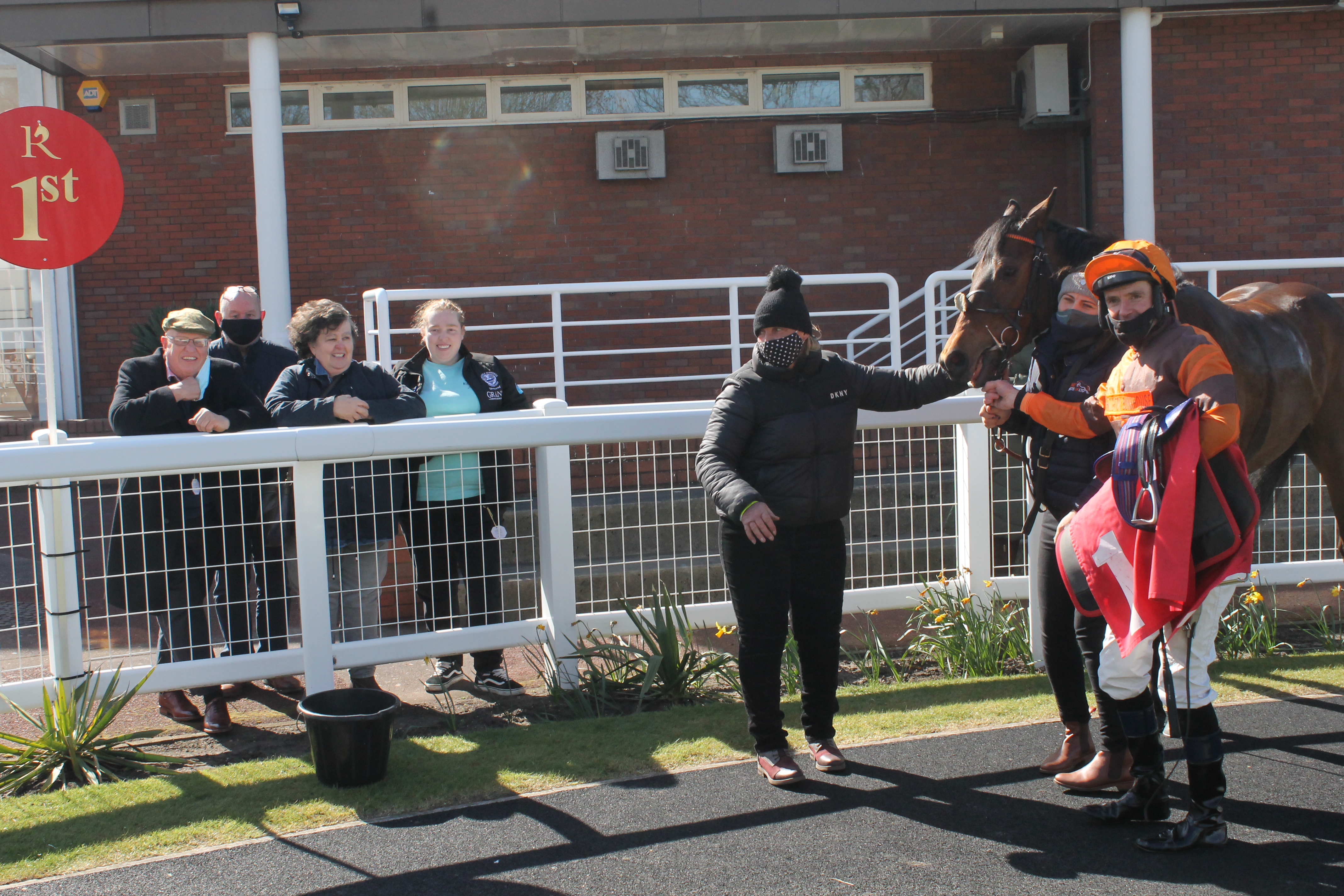 The filly was one half of a double that day for Northumberland beef farmer, Jeff Laws, and Spennymoor trainer Tracy Waggott reported afterwards that Vindobala would be even better with juice in the ground. With tomorrow’s going good to soft, she looks primed for a follow-up under Tom Eaves on a track that clearly suits.

The racingtv.com Fillies’ Novice Stakes looks at the mercy of Sir Michael Stoute’s well-bred Potapova, with Danny Tudhope doing the steering. The Invincible Spirit filly won readily on her only start at Chelmsford last November and the fact that she holds an entry for the Group 1 Coronation Stakes at Ascot next month shows how highly she’s regarded.

The market will be the best guide to the racingtv.com EBF Restricted Novice Stakes (Division One) with no stand-outs from those with experience, and plenty of debutantes. Hollie Doyle (pictured below) and Archie Watson have a formidable strike rate at Redcar, so Chief’s Will, a Slade Power colt, will be a popular selection. 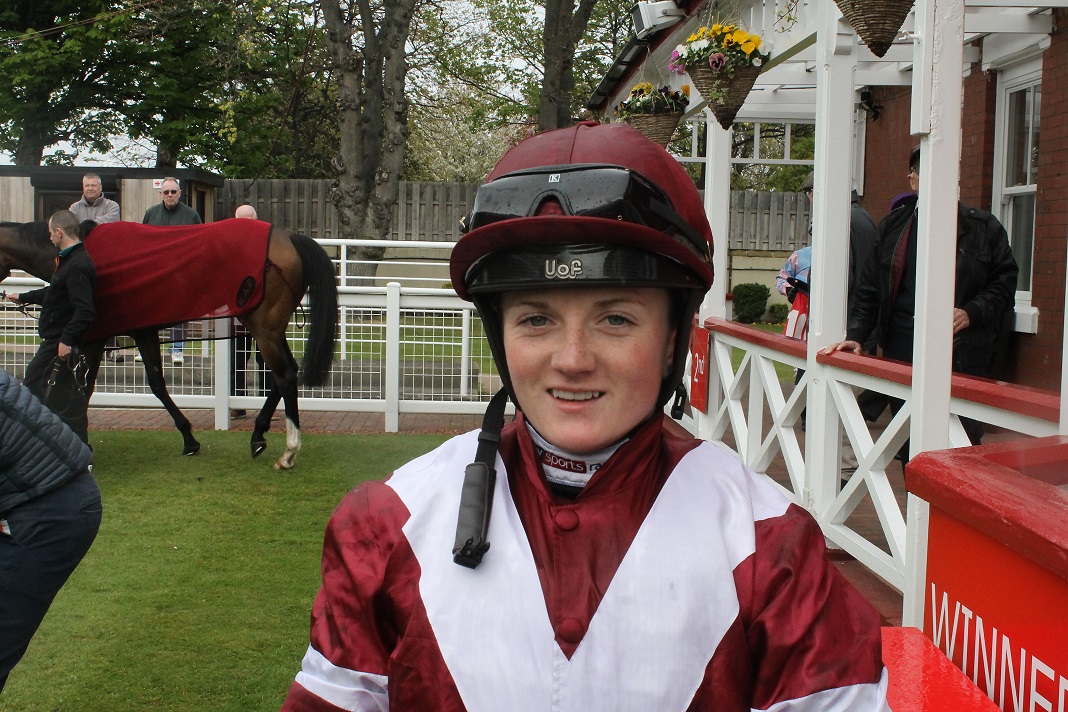 Fresh from reaching the milestone of 3,000 British winners, North Yorkshire handler Richard Fahey may have the answer to Division Two with the Tony Hamilton-ridden Jubilee Road, who is likely to come on from a fourth-placed debut at Beverley a fortnight ago. The market is worth a check for support for Ed Dunlop’s newcomer Manhattanville, with Hollie Doyle taking the ride.

County Durham trainer Michael Dods has been having a frustrating time in recent weeks and saddles two runners in the open-looking Join Racing TV Now Handicap. Scarborough Debut makes her seasonal reappearance, but preference is for Navajo Spring, a decent third in a Thirsk maiden in April. Connor Beasley rides.

Brian Ellison’s King Viktor goes for a hat-trick in the final race, the Watch Racing TV On Sky 426 Handicap, with wins at Southwell and Windsor already in the bag this season. There’s every chance he can keep up the momentum under Ben Robinson now he steps up in trip.