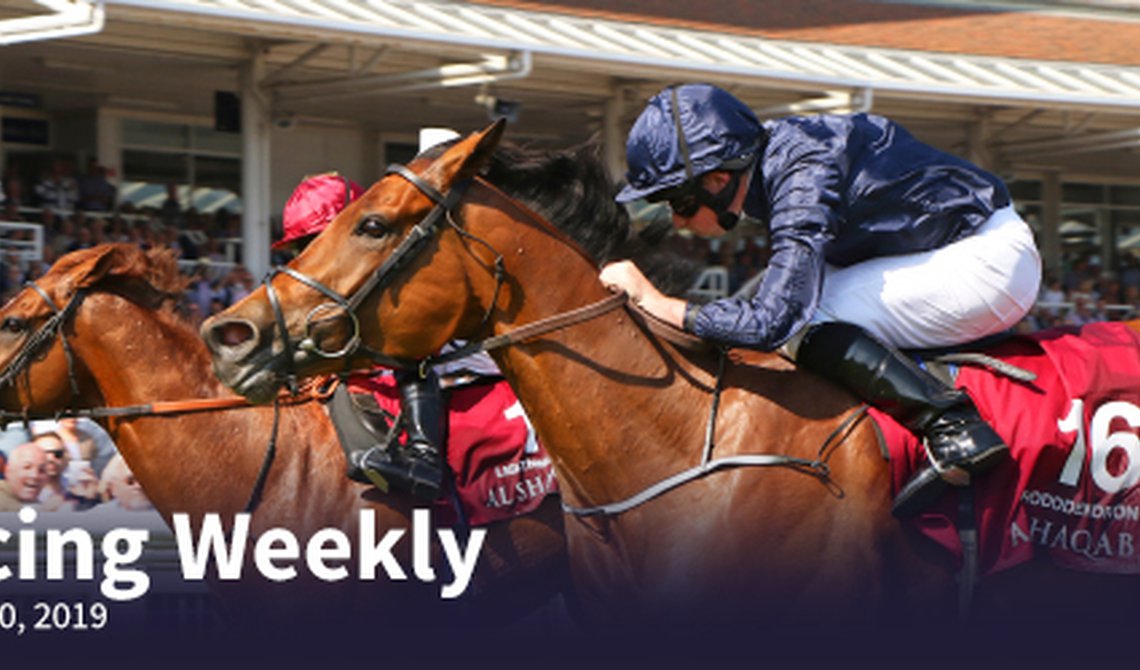 Racing TV members are in for a treat this weekend with over 70 live races to enjoy on the channel across the next three days. The action starts on Friday with complete coverage of five meetings. Live racing begins at 2pm from Thirsk and Sandown Park before 22 races from The Curragh, Down Royal and Hamilton later in the afternoon. The pick of the action comes from The Curragh with three Group 3 races including the Snow Fairy Fillies Stakes before the Tote Irish Cambridgeshire as we get into the evening.

Two Group 3s from Sandown Park headline Saturday's action. The Betway Solario Stakes offers the two-year-olds a chance to earn some valuable black type. Clive Cox's Positive was five lengths behind Pinatubo last time out in the Qatar Vintage Stakes and can return to winning ways on Saturday. Sir Michael Stoute's Jubiloso sets the standard in the Betway Atalanta Stakes after not being out the first three in her four career starts. Racing from Chelmsford City, Beverley, featuring the William Hill Beverley Bullet Sprint Stakes, and Down Royal complete the day's action.

Eight races from Cork take centre stage on Sunday and complete the weekend's action on RacingTV.