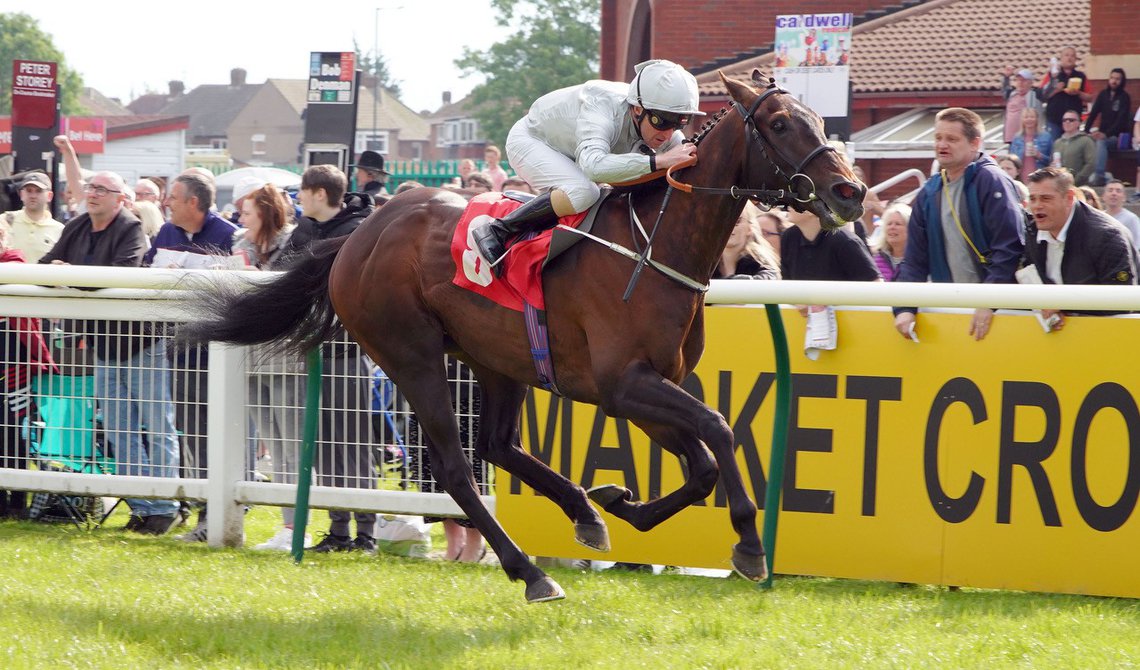 FOREST Falcon settled a family argument by landing the Racing TV Zetland Gold Cup in fine style for the father and son team of Charlie and Mark Johnston at Redcar today.

After the Middleham-trained four-year-old had won one of Redcar’s most historic prizes in the hands of evergreen Joe Fanning, Charlie revealed that the horse had been the subject of a debate between himself and his record-breaking father.

“I had a bit of a debate with Dad last week because I wanted the horse to come straight here. It’s a nice pot and I thought the race was tailor-made for him.

“Dad wanted him to go Ripon last week because the race there had cut up a bit and he got is way. When he got beaten a neck, at least it meant he wouldn’t have a penalty for today’s race!

“He’s a cracking big horse and I felt he got a four-length lead pretty cheaply in the race, and it was always going to be difficult to peg him back from there.

“I’ve thought for a while there’s a big day in this horse and there’s a mile and a quarter race on the first day of Glorious Goodwood that could be ideal.”

It was the third time the Johnston yard at Middleham has won the Zetland Gold Cup in the past seven years, following Firefighting in 2015 and Revolutionist the year after. 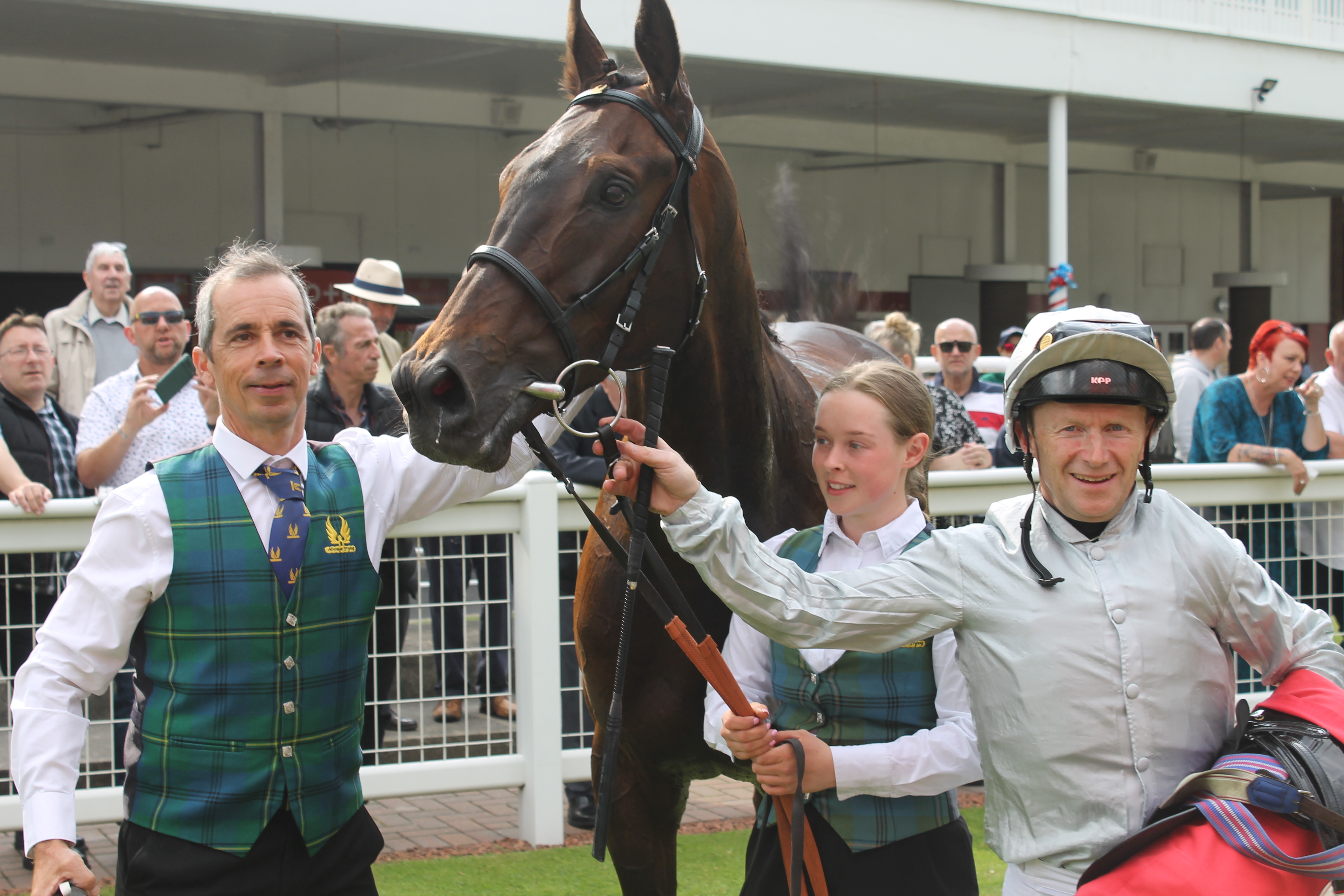 “He’s come out of the Dante well, although it’s a bit of a curve ball to be drawn one. Adayar won from that stall last year, but it doesn’t happen often.

“He’s got things going for him – he has the ideal temperament for a big occasion like that, he’s won at Epsom, and the hope is that he’ll find more for the step up to a mile and a half. He’s a 33-1 shot but he’s definitely worth his place in the race.”

Elswhere on the card, there were doubles for Danny Tudhope and Connor Beasley.

Tudhope took the opening Coppafeel 100km Sahara Desert Trek Claiming Stakes on Hajjam, trained at Middleham by Liam Bailey. The eight-year-old was making it four wins over the course and distance. 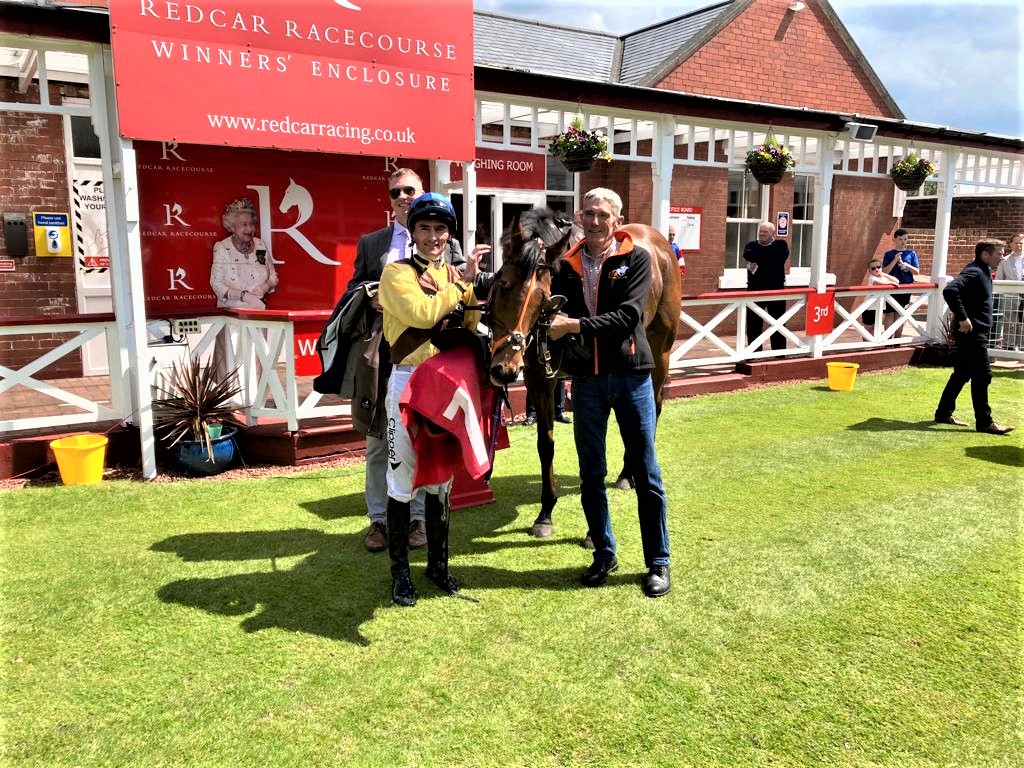 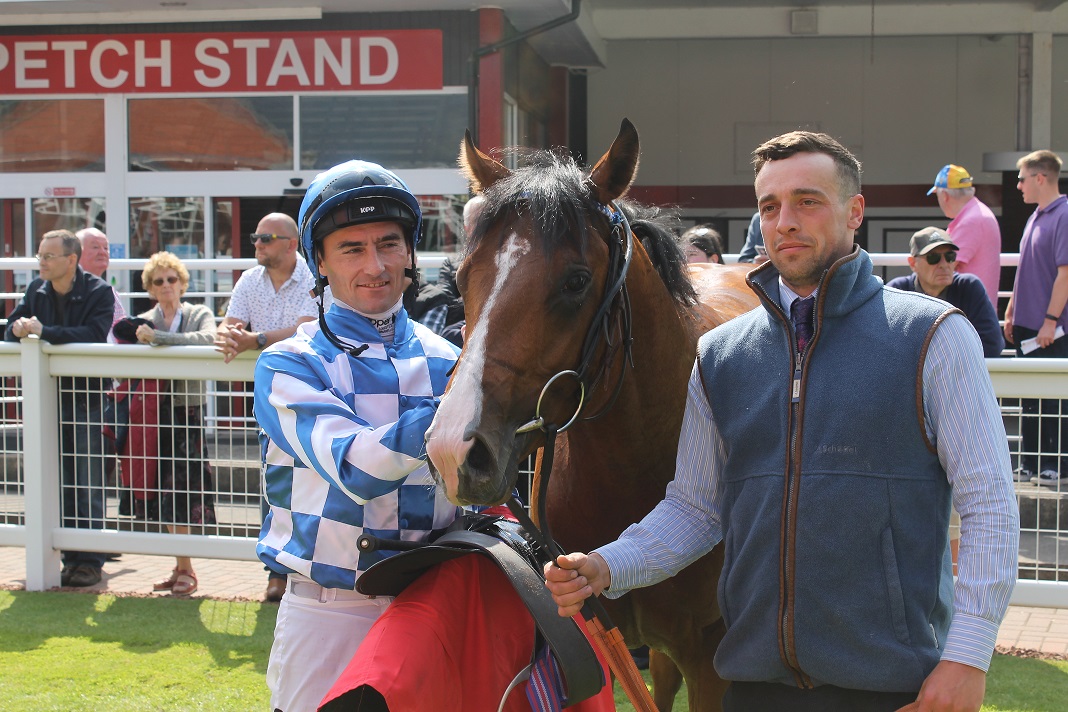 Connor Beasley waited until the last two races of the day to secure his double on Gemma Tutty’s Strawman in The Market Cross Jewellers Handicap, and Mick and David Easterby’s Rocket Dancer in the concluding Try Racing TV For Free Now Handicap. 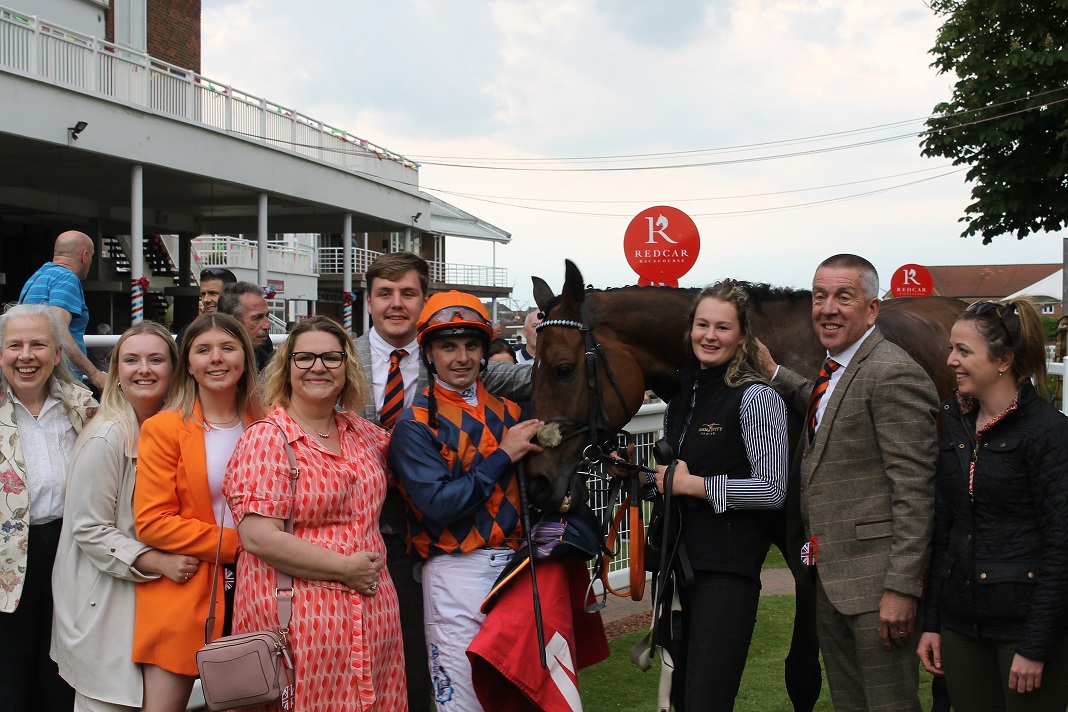 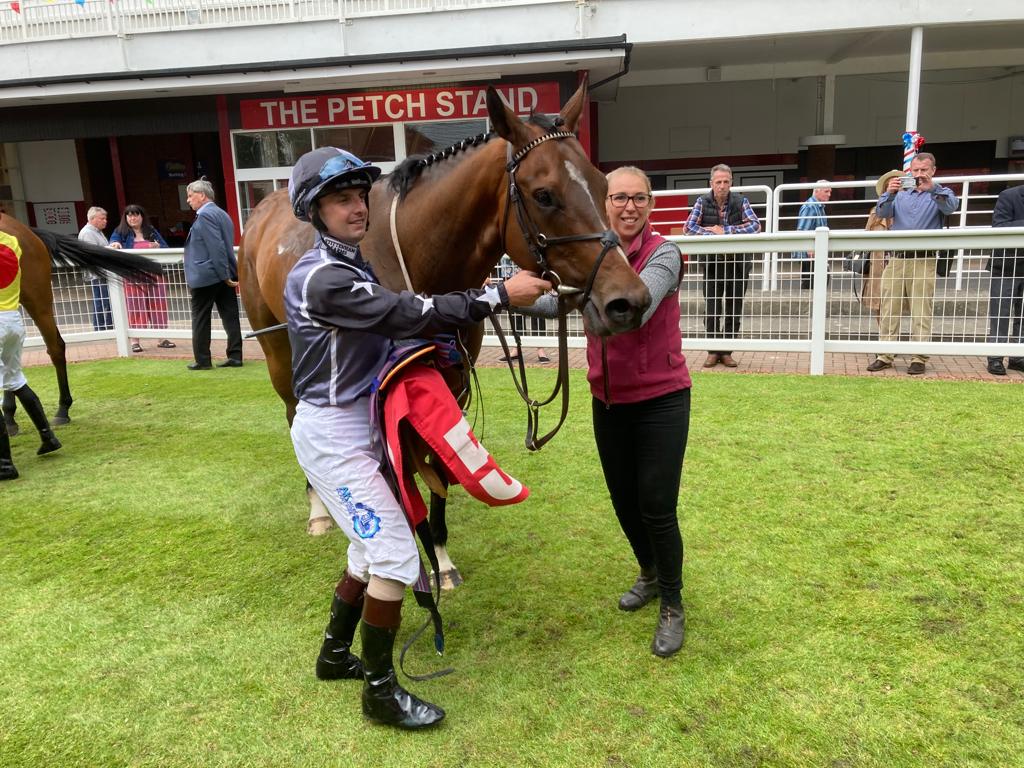 Gemma Tutty, who trains near Northallerton, said all roads now lead to The Cumberland Plate at Carlisle for Strawman, who is owned by Thirsk farmer Keith Till.

“He’s felt great at home and had excuses for his last two runs. He lost two front shoes last time and we were hopeful he’d bounce back today. Connor gave him a great ride,” said Gemma.

Assistant trainer William Easterby believes Mattice is a "nice handicap sprinter in the making" after the three-year-old's impressive victory in the Carol Jarvis Memorial Restricted Maiden Stakes under Duran Fentiman. 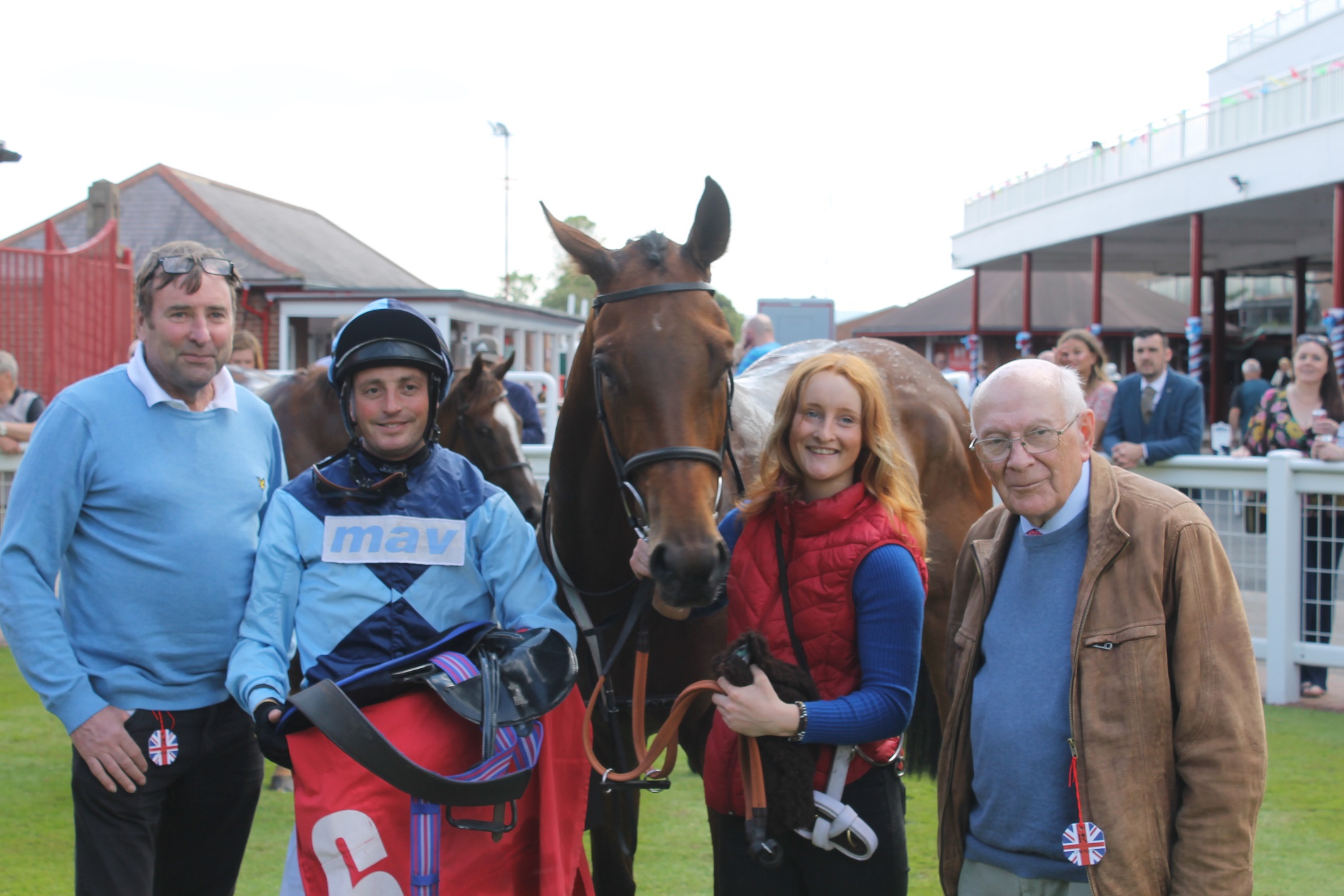 William’s father, Tim, trained Mattice's sire Mattmu to be second in a Group 2 as a two-year-old and third in the Nunthorpe Stakes at York.

William said: “He’s a nice horse and it’s really pleasing to see him win like that. He’s always shown plenty at home and he looks like his father who was a really tough horse.”

Kidwah, trained at Newmarket by William Haggas, made it two wins out of two runs six months apart when she comfortably won the Celebrating The Queen’s Platinum Jubilee Fillies’ Novice Stakes in the hands of Jim Crowley.

Steph Hollinshead’s Pepsi Cat went five lengths clear but Crowley brought Kidwah through in the style of a classy filly. 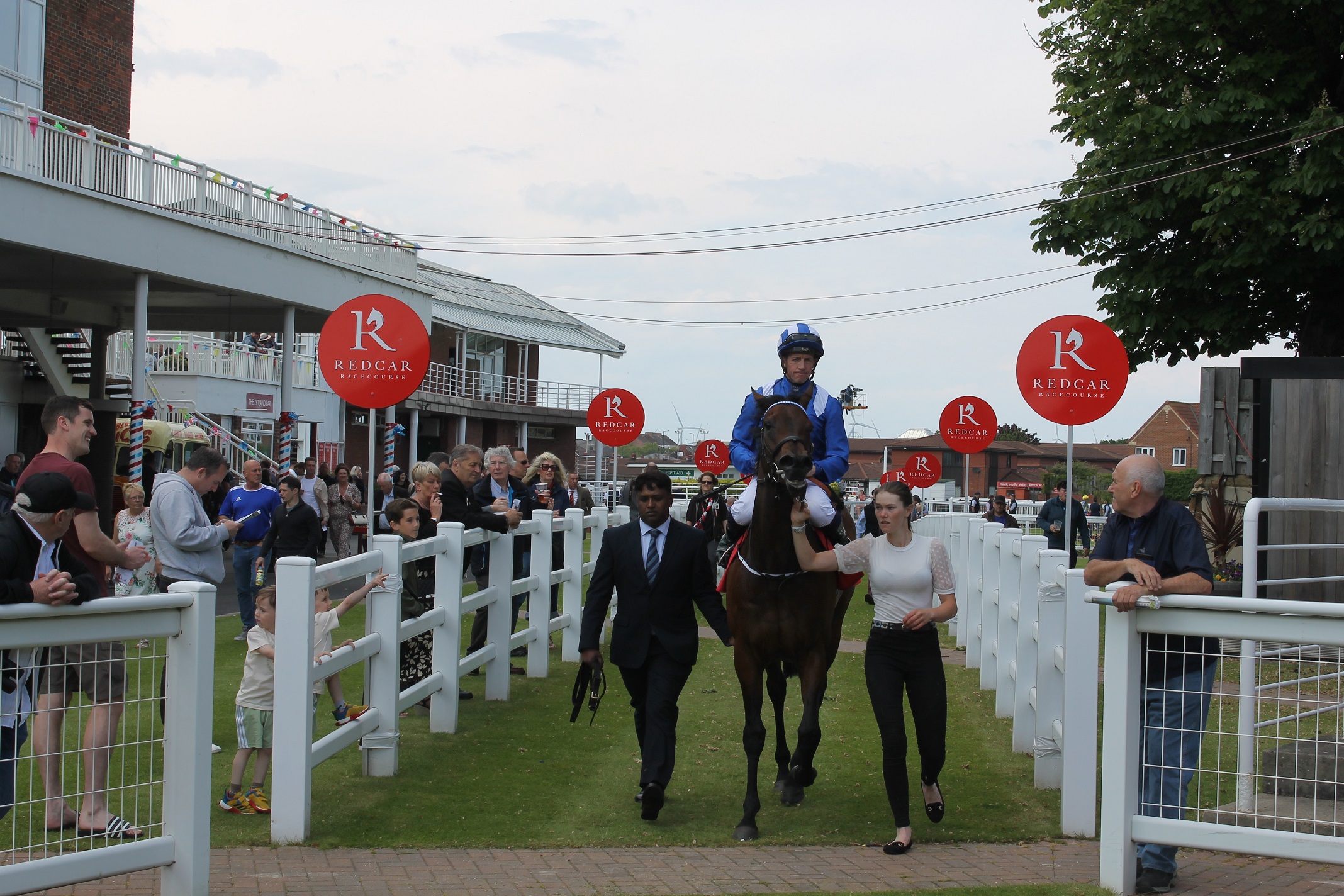 Peate told Racing TV: “She’s got lots of speed and is very straightforward. The plan was to just let her enjoy herself and she’s very game.”

Michael Binns, representing the owners, The Roses Partnership, said: “We’re delighted. She ran a good race at Ripon over six furlongs and we thought this five would be better for her.

“We thought the race was tailormade for her and Jonny took off five pounds, so it was ideal. We’d like to keep a bit of consistency by having him ride her in future if possible.

“We’ve already had a lot of fun with her and, hopefully, there’s more fun to be had.” 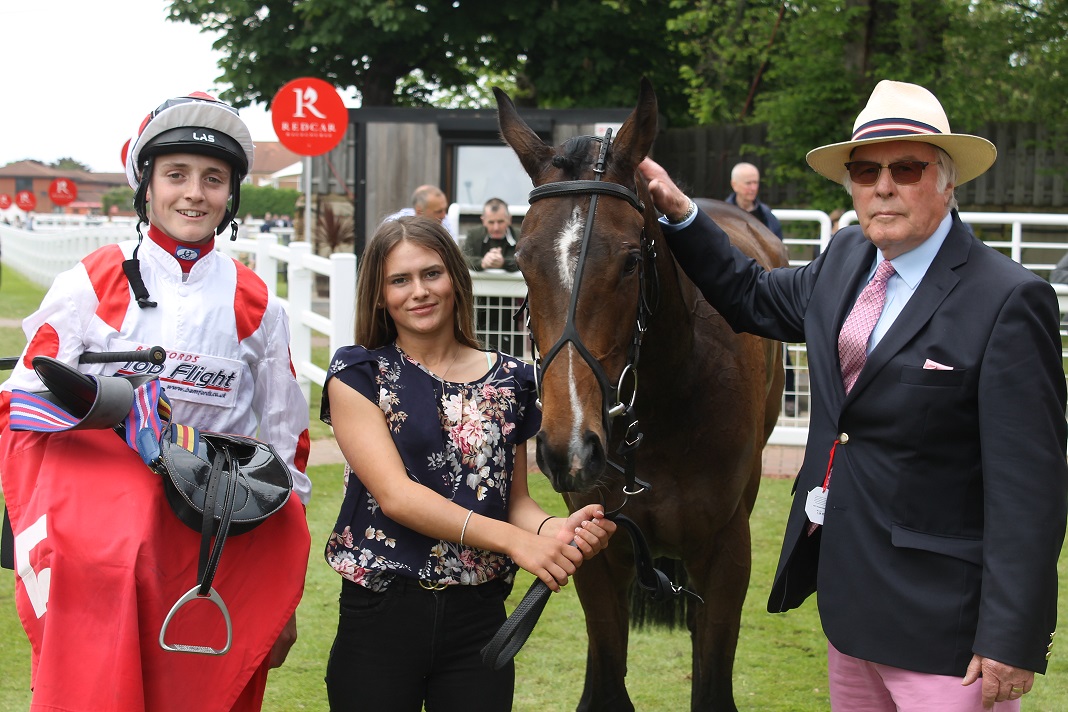