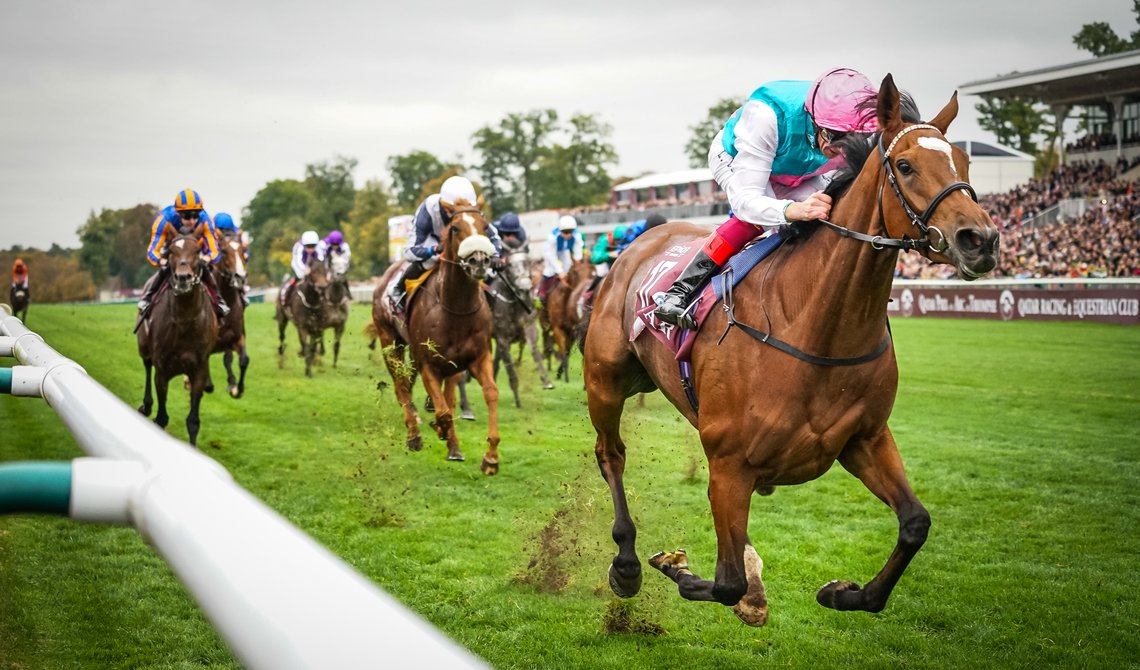 There is no doubt that the Prix de l'Arc de Triomphe will be the focus of the week. Last year’s winner Enable, Sea of Class and Cracksman all feature among 22 horses still in contention. There is, however, plenty of action to enjoy prior to Sunday’s showpiece event.

On Wednesday Nottingham host Jockey Club Grass Roots Finals Day, where they have four finals of the series and the most prize money ever offered on a card at the course. In addition to this, Salisbury have their final meeting of the 2018 season with plenty of competitive two-year olds on show.

On Thursday RACING UK  have two Jumps cards, the highlight at Warwick is the UBS Beginners’ Chase which was won by Sceau Royal last year. Huntingdon also have their season opener. On Friday there is exclusive Listed action to enjoy from Ascot in the form of the Londonmetric Noel Murless Stakes – a race won by Big Orange in 2014.

On Saturday RACING UK have Group action from both Ascot and Newmarket as well as the £175,000 Listed Two-Year Old Trophy at Redcar.