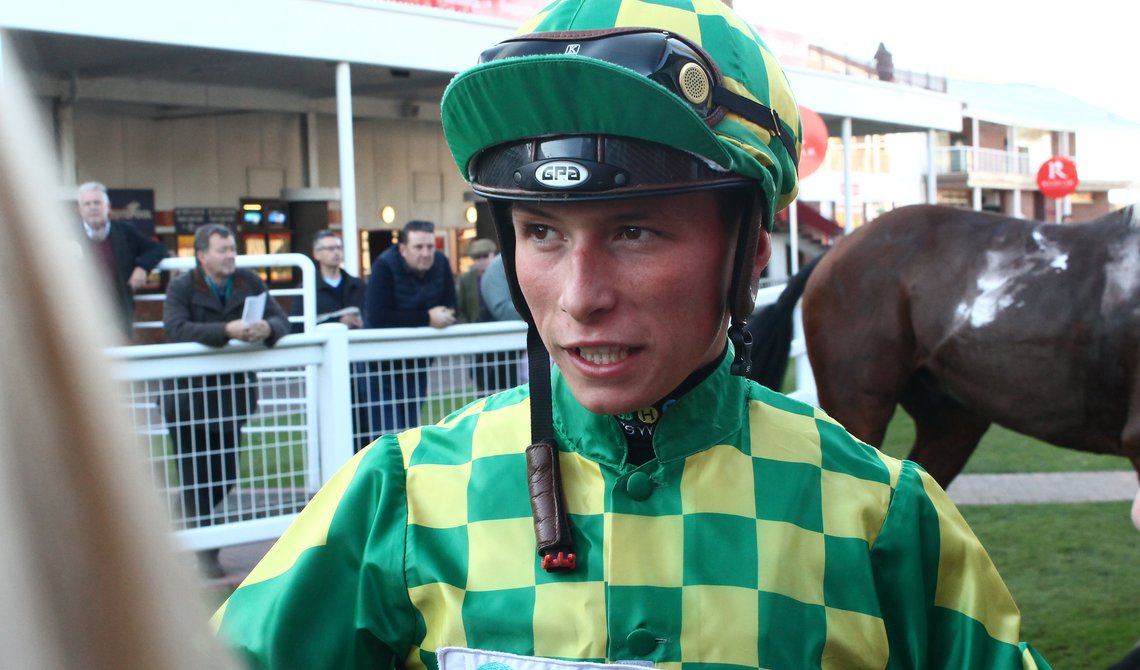 POSTMAN’S son Jason Watson delivered in style at Redcar today as he notched up a magnificent century of winners for the season.

Watson, who grew up in Brighton, said: “It’s just been unreal – to get to 100 winners and be champion apprentice is just a dream.”

Leeds United fan Martin Wainwright was looking “a bit pale” in the winner’s enclosure after a bizarre celebration greeted the debut victory of the Kevin Ryan-trained Bielsa in the Racing UK’s Biggest Ever Flat Season Novice Stakes.

The colt is named after Leeds United manager Marcelo Bielsa, known for sitting on a big blue bucket when he watches matches. Martin, the owner of Highbank Stud at Wetherby, brought up some blue buckets to sit on with family and friends after Bielsa’s win.

“We just thought we’d have a bit of fun in honour of the manager,” said Martin, who has had other Leeds United-themed horses, including Bremner and Radebe.

The eight-race card began with a quick-fire double for the reliable partnership of Richard Fahey and Paul Hanagan, with Cognac Blue holding on well to take the Get So Much More With Racing UK Claiming Stakes, quickly followed by Absolute Dream landing his first win in the Racing UK Extra On racinguk.com EBF Novice Stakes.

Steve Clayton, who owns Absolute Dream with wife Glen, said: “He’s been unlucky to be beaten by three Group horses this year and he deserved to get a win under his belt. He needs quicker ground really and we’ll put him away now before going handicapping next year.”

Redcar remembered one of its great training characters with the Sam Hall Memorial Handicap and it was fitting that it was won by a Middleham runner in Stef Keniry’s Icario, ridden by brother-in-law Liam Keniry.

The trophy was presented by Sam’s daughters Kate Walton and Liz Hall, who said: “Redcar was one of his favourite tracks. I remember that on one Bank Holiday Monday, he had a treble, including the Zetland Gold Cup with Lady Lowndes. It’s lovely that Redcar keeps his memory alive.”

It’s not often that John Gosden sends a runner to Redcar and his debutante Lord North showed a good attitude to win the Market Cross Jewellers British EBF Novice Stakes under Robert Havlin at the surprisingly generous odds of 7-2. Slowly away and running green, the Dubawi colt is likely to go on to better things.

Redcar’s top trainer of 2018, Tim Easterby, was in the course’s winner’s enclosure for the 11th time this season when Mischief Managed just held on from the fast-finishing Polyphony in the Best Flat Races Live On Racing UK Handicap (Division One).