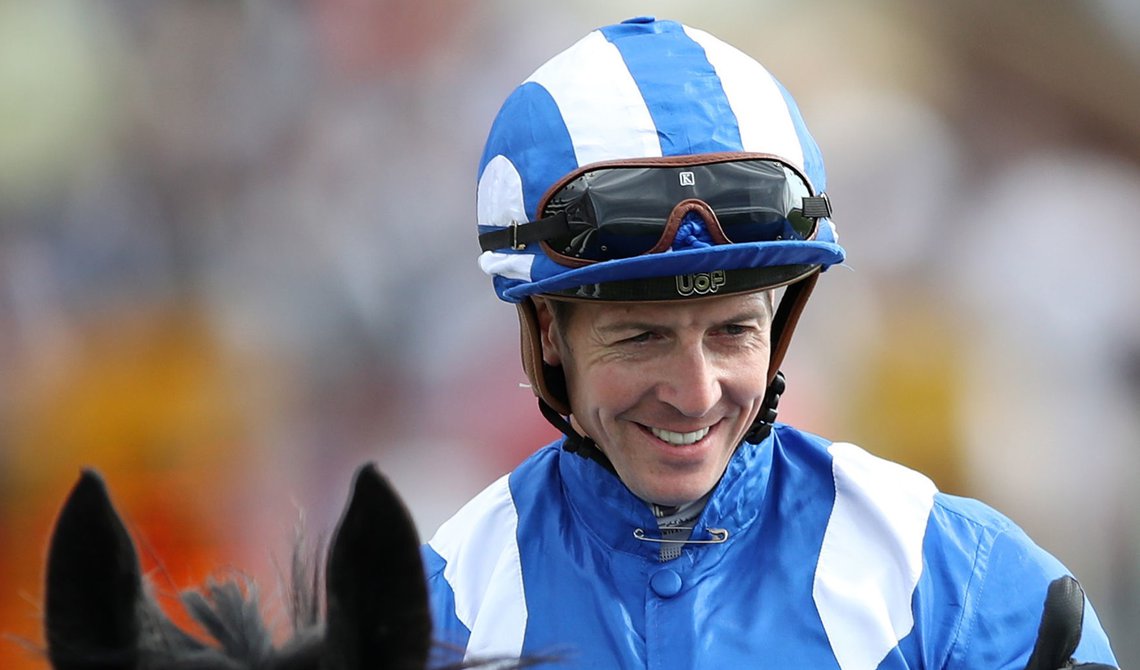 FORMER champion jockey Jim Crowley heads to Redcar on Monday hot on the heels of his Group One victory on Sir Michael Stoute’s Mustashry in the Lockinge Stakes at Newbury.

And Crowley, who won the title in 2016, looks the jockey to follow with a strong book of rides on another competitive eight-race card at the North-East course.

He is the retained rider for Mustashry’s owner, Hamdan al Maktoum, and he’ll be wearing the same colours aboard the Charlie Hills’-trained Risaala in the Racing TV Profits Returned To racing Median Auction Stakes.

The filly was second at Wolverhampton in April and she looks the solution at the expense of The Queen’s Puzzle who ran a decent race when second behind the classy William Haggas runner Cristal Breeze at Redcar at the start of May.

Crowley has another excellent chance when he teams up earlier with Saeed bin Suroor and Godolphin on board Falathaat in the Pat and Les Holmes Celebration Fillies Novice Stakes. The filly hasn’t been seen since finishing second of 12 behind Richard Hannon’s classy Fox Power at Wolverhampton last September.

Luke Morris partners another Newmarket raider in the Simon Crisford-trained Make A Wish, while the betting should be a good guide to the chances of first time out Soft Cover, trained by William Haggas. The north’s defences may well rest with Tim Easterby’s Mendamay who shaped promisingly at 100-1 on her debut when third behind Bryan Smart’s well-regarded Mina Velour at the last Redcar meeting.

The meeting opens at 2pm with the racingtv.com EBF Novice Auction Stakes (Division One) and Karl Burke’s Insania looks poised to get favourite-backers off to a good start. The filly won impressively on her second start over five furlongs at Thirsk, shaping as though she’ll relish this extra furlong.

The race has split and Division Two is a much trickier affair, with the booking of Crowley on David Evans’ Welsh raider Leave Em Alone catching the eye. That said, Hollie Doyle has a fine recent record at Redcar on Archie Watson’s Lambourn raiders and she comes up for a single ride on debutante Calippo. A market check is well worthwhile.

John Gallagher’s Tomahawk Ridge is another long-traveller, driving up from the Cotswolds for the Join Racing TV Now Handicap. The gelding will be fancied to defy a 5lbs penalty for landing a gamble at Windsor last time.

However, Frosted Lass, trained at Thirsk by David Barron, was ahead of Tomahawk Ridge when a solid third the time before that at Redcar and is now better off at the weights.

Evergreen North Yorkshire trainer Mick Easterby’s Bowson Fred has a good opportunity in the Watch Racing TV In Stunning HD Handicap. The gelding has a six pounds pull for the length and half he finished behind Julie Camacho’s Makanah at Thirsk last time out. However, Makanah was hampered at the start and finished well enough to suggest he might edge it again.

The card is completed by the Introducing Racing TV Handicap over one mile six furlongs and Roger Charlton sends up Blowing Dixie. However, Middleham trainer James Bethell’s Well Funded looks a better bet, having finished a decent third over this distance at Wetherby at the end of April.