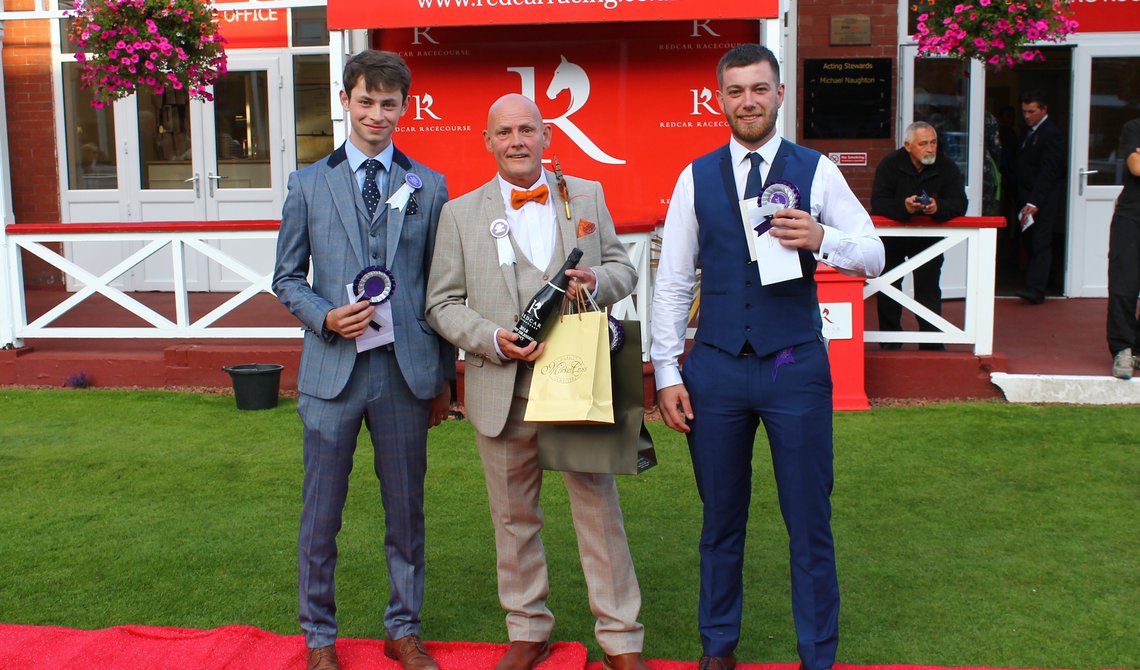 RETIRED steelworker Russ Parker has been crowned the Best-Dressed Man at Redcar Races for 2018.

Russ, who served for 37 years at the BOS plant at Redcar, was overjoyed at his success in the 1920s-style suit he'd bought on a whim from Dandy Threads in Guisborough.

He made his own bow-tie himself from yellow cloth and gaffer tape for the Gin and Gents Evening meeting.

Russ, pictured centre, said: "I just like to wear a suit and look smart so I'm ecstactic to have won. I thought the standard was really high."

He won a men's suit, shirt, tie, handkerchief and shoes from sponsors Bakers Tailoring, and a Tommy Hilfilger watch from Market Cross Jewellers.

Russ, from Ormesby, also made the final of the Best-Dressed Couple competition with wife Belinda but they were beaten by recently-married Marita and Paul Leadbeater from Newton Aycliffe.

The couple are celebrating the 20th anniversary since Marita came to the UK from Malaysia.

They won a ladies' Olivia Burton watch and men's Armani watch from Market Cross Jewellers, one day hat hire from Chic Hats, plus a cut and blow dry plus styling product goodie bag from Orange Kerr Hair and Beauty.

Marita, a marketing executive, said: "It's the first time I've been to the races so I'm thrilled."