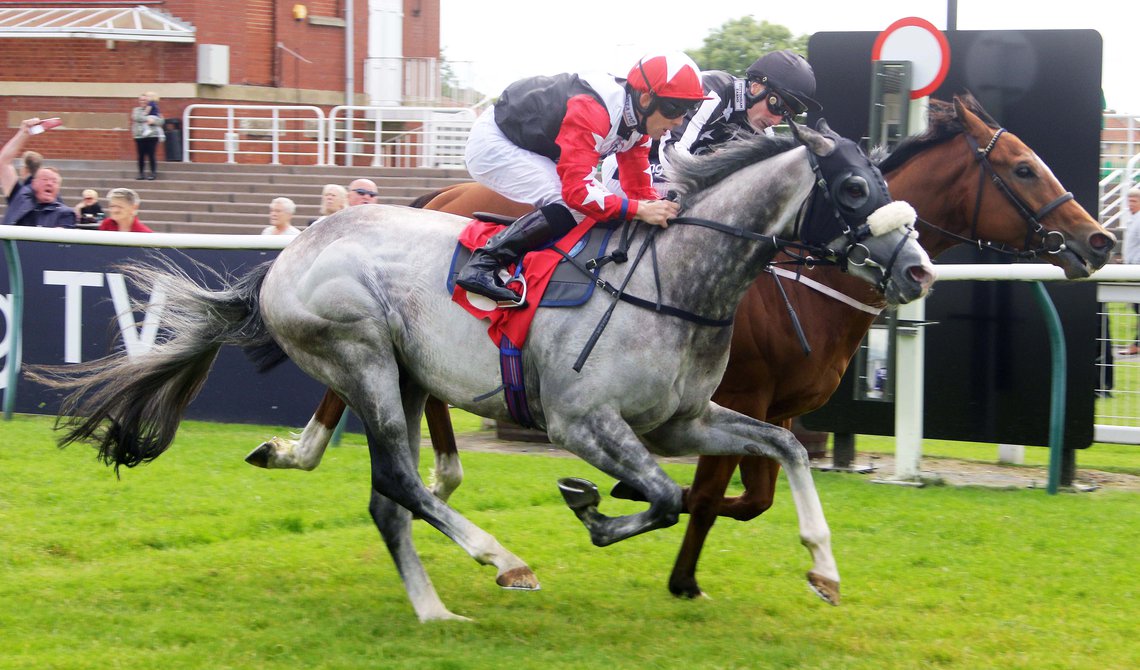 IRISH jockey Ben Curtis was the toast of Redcar today after pulling off a spectacular four-timer.

The double came when the Richard Hannon-trained Production asserted in the final furlong to win the Celebrate The Life of Joe Newton Handicap Stakes. With Royal Ascot taking place 270 miles away, it was ironic that the gelding is owned by the Royal Ascot Racing Club.

The Curtis hat-trick was secured when Hugo Palmer’s On The Line lived up to his name by getting up on the line to win the Racing TV Free For A Month Straight Mile Series Handicap Stakes in a thrilling duel with Paul Mulrennan on Weld Al Emarat, trained by Mick Easterby.

The jockey, who hails Kinsale, near Cork, said: “I thought it would be a good day and I’d have been very disappointed to have left without a winner. I’d have been happy with two but I’m over the moon with four.”

Curtis, who mainly rides for Karl Burke and Roger Fell, had high hopes of his first five-timer on Tie A Yellow Ribbon in the final race, the Racingtv.com Maiden Handicap Stakes.

However, the grey filly, trained at Middleham by James Bethell, could only manage third behind the Tim Easterby-trained Dream House, ridden by David Allan.

Malton handler Michael Herrington was full of praise for jockey Jason Hart after Tukhoom won the Watch Racing TV In Stunning HD Claiming Stakes: “Jason gave him a really good, positive ride and the first-time blinkers might have worked the oracle."

PICTURE: On The Line, nearside, gets up to beat Weld Al Emarat in a thriller (Photo by Tony Knapton)