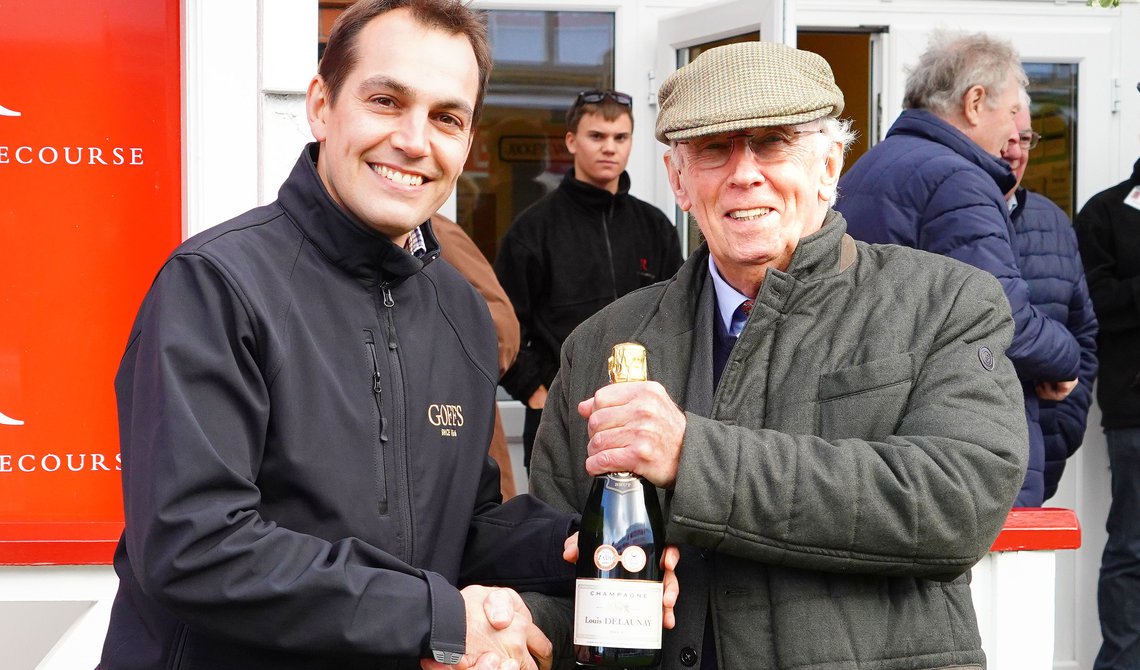 George joined DBS (which became Goffs UK ) straight from school 17 years ago and has been the auctioneer for the majority of Redcar's selling races for over a decade.

After the Watch Racing TV in HD Selling Stakes George was presented with a bottle of champagne by John Sanderson, Racecourse Chairman.

George will be starting his new role as Bloodstock Manager at Yorton Farm from 1st January 2022 and we all wish him best of luck in his new role.