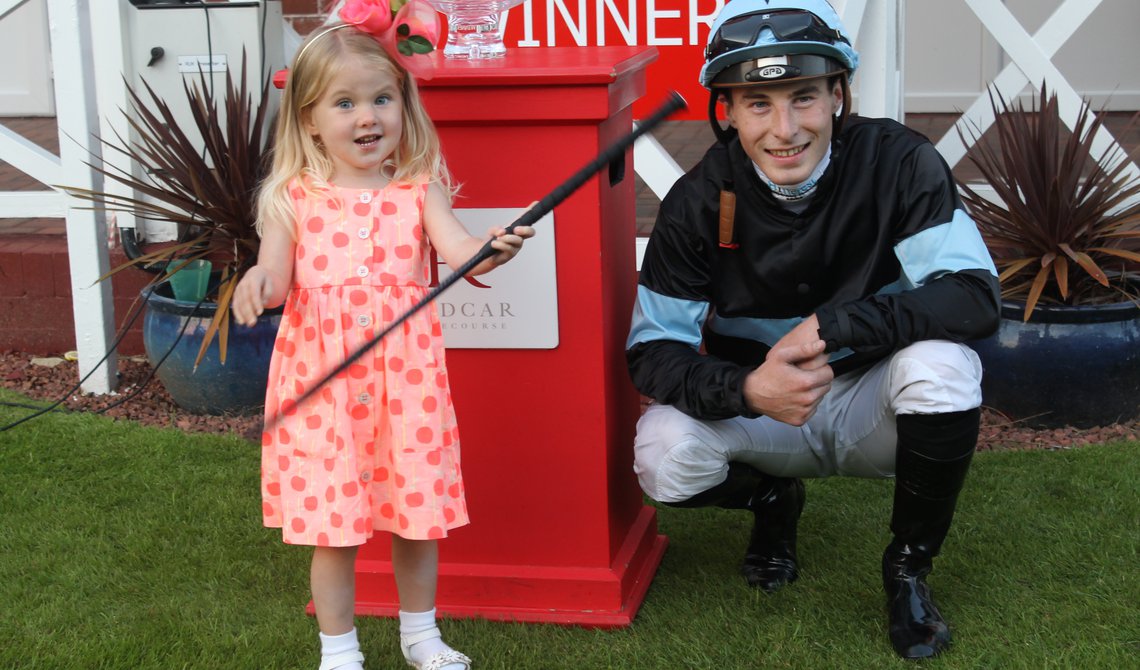 JOCKEY Rowan Scott was the star of the show at sun-kissed Redcar after riding the first treble of his blossoming career.

Scott scored on debutantes Trust Bertie and Reel Rosie, before sealing a Ladies’ Night hat-trick on She’s A Deva.

It was also a night to remember for veteran Malton trainer Nigel Tinkler who also struck three times, with Trust Bertie, It Just Takes Time, and She’s A Deva.

Scott, 25, who hails from Hawick, said: “I’ve had a few doubles and come close a few times but never a treble, so you could say this is a bit of a dream come true.”

His first winner came in The Celebrate The Life of Ann Allport EBF Restricted Novice Stakes (Division Two) when Tinkler’s Trust Bertie showed a good attitude to get the better of odds-on favourite International Boy.

The Mehmas gelding is owned by Harrogate-based toy manufacturer John Saville, who names all his horses after his father, Bertie.

John’s daughter Jane said: “Bertie loved his racing, and he would have been made up with that. Rowan said he’d been going nicely on the gallops, but I’d have been happy to finish in the first six and come on for the run.” 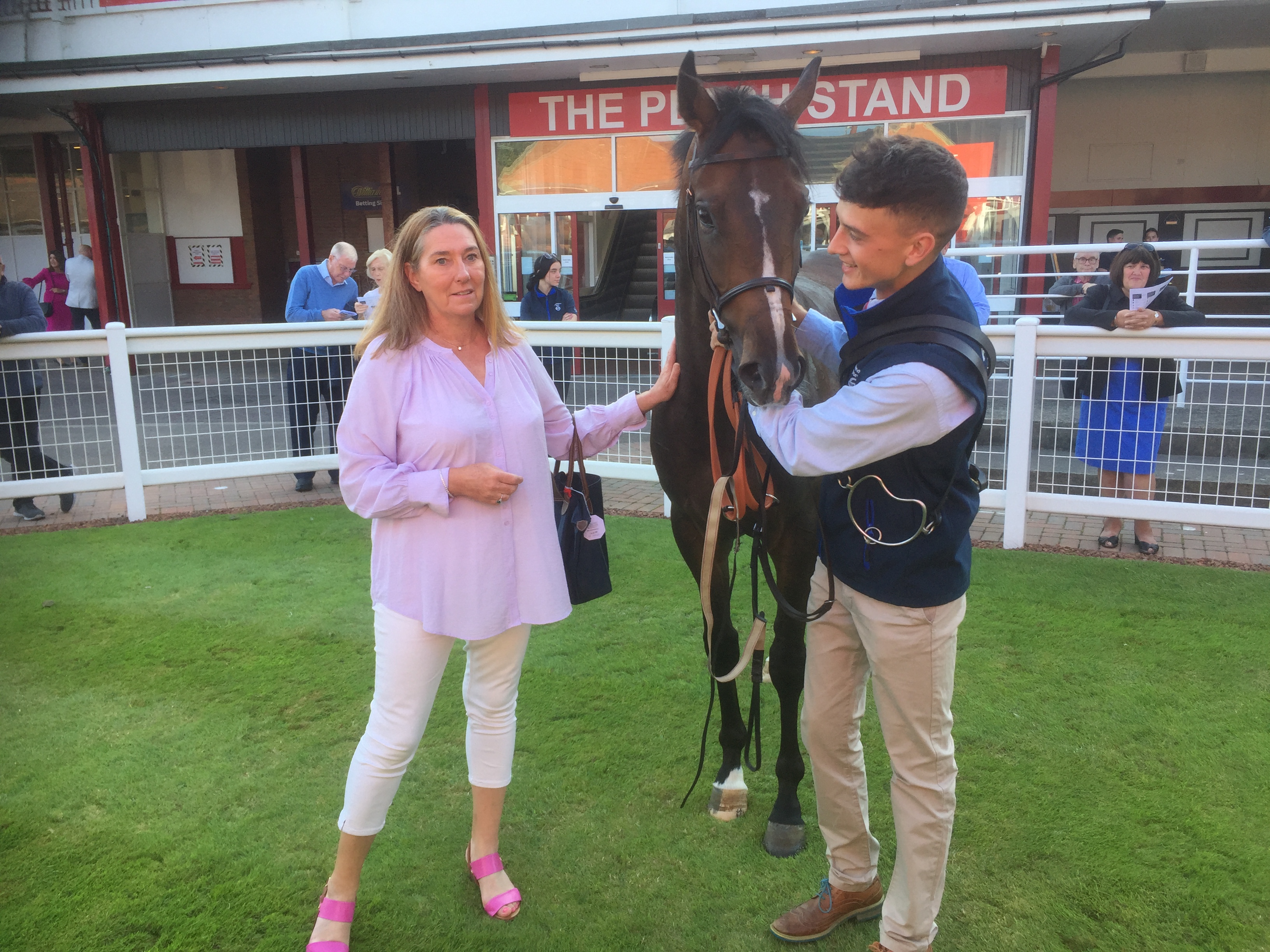 Bethell was securing his 18th winner in his first season since taking over from his father, James, who said: “We had a feeling she was decent. She’s always worked nicely, and we’ve got some nice two-year-olds this season. I trained her mother, Lady Canford, but never managed to win with her.

“It really couldn’t have gone better for Ed in his first season, winning over £200,000 in prize money, and long may it continue.”

The filly is owned by The Reel Wheelers and Dealers syndicate, comprising Martin Hodson, James Hodkinson, John Noone and Richard Nolan.

Richard is due to have an operation to correct a heart defect on Monday and was watching at home in Ireland.

John Noone spoke to him after the race and said: “He thought it was brilliant but I think it had his heart racing!” 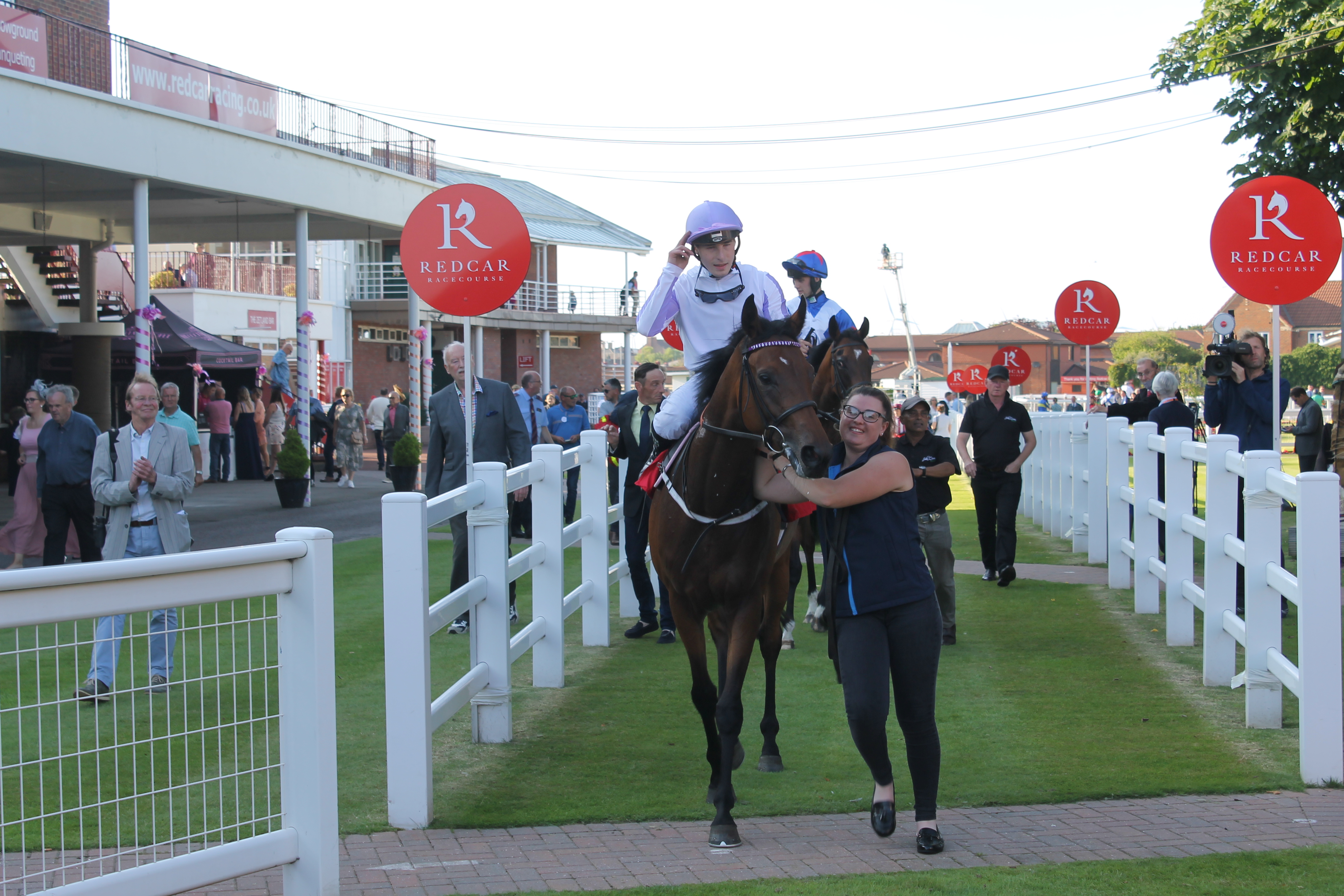 Scott’s hat-trick came in the penultimate Every Race Live on Racing TV Handicap Stakes, won by She’s A Deva, who stayed on well to deny favourite Absolute Dream by half a length. 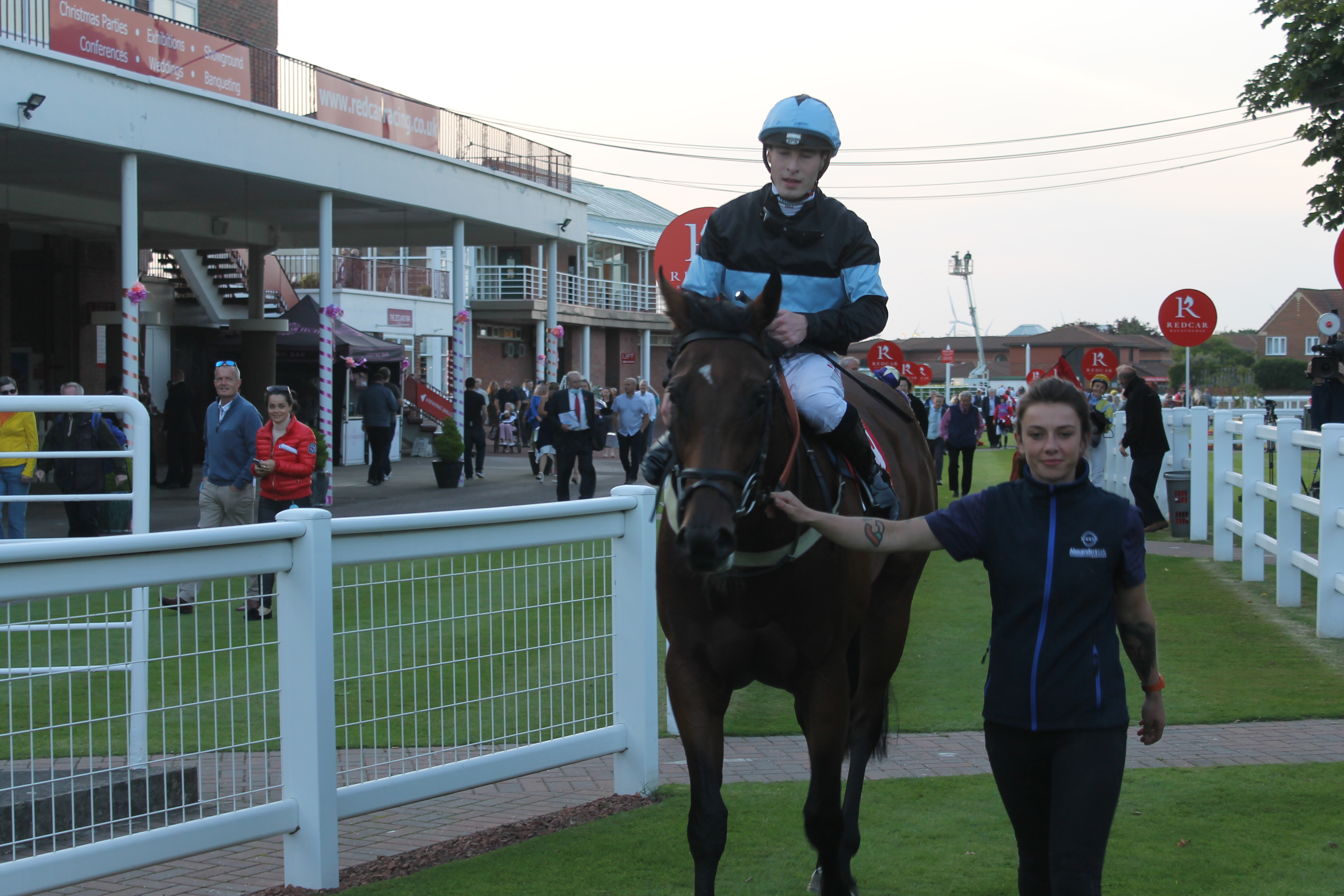 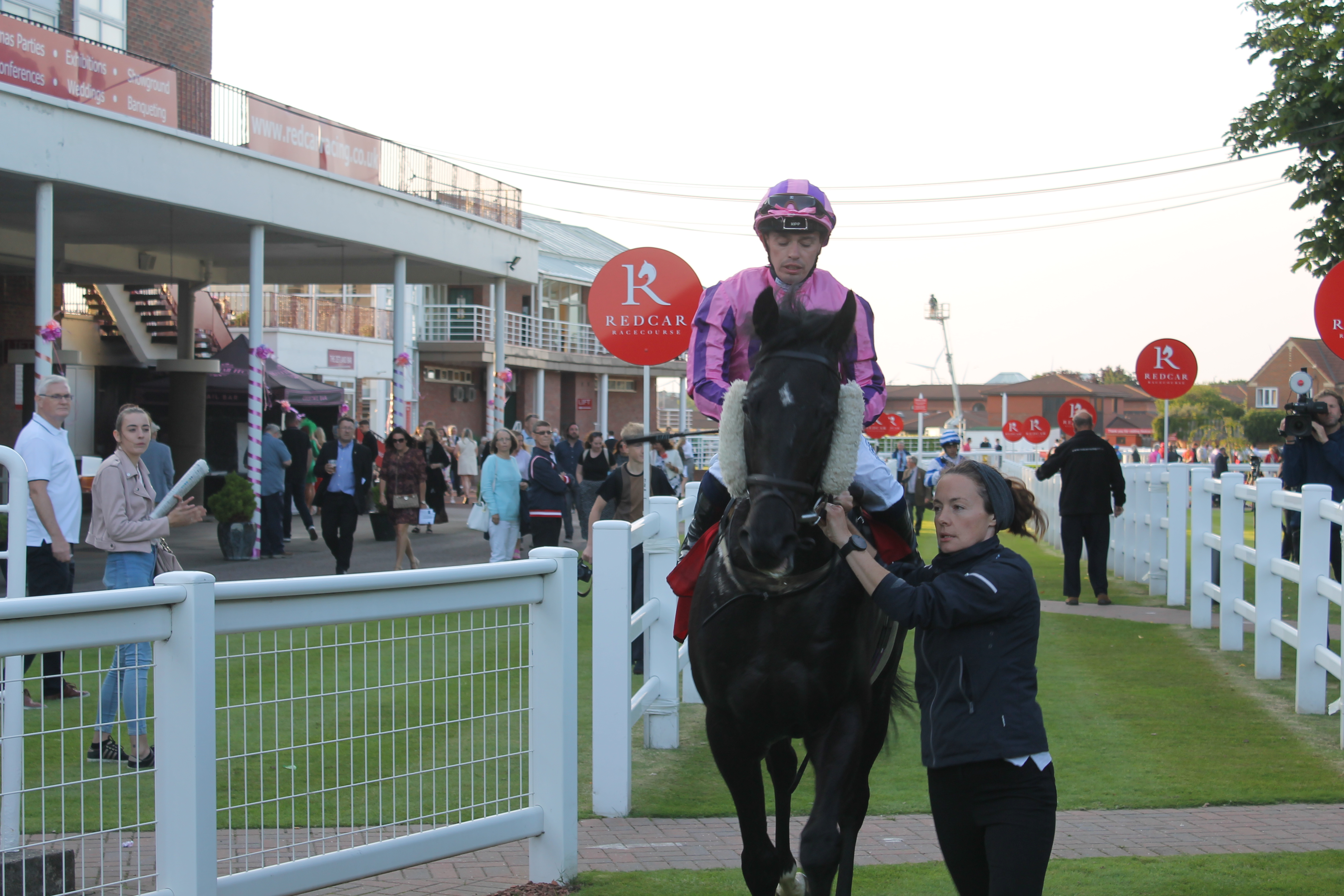 Ladies Night had got off to a fitting start with The Lynne Young Millinery Handicap Stakes for female amateur jockeys, and it saw Sands Chorus making it four out of four at Redcar this season.

The nine-year-old, who ran in the 2018 Cambridgeshire, is trained by Karen Tutty, at Osmotherley, and was ridden by Amy Collier for Grange Park Racing.

The veteran hung badly close home, despite the best efforts of jockey Amy Collier. But after a tense wait, the result was confirmed, with the Gillian Bonas-trained Great Colaci second at 40-1.

Tutty said: “He used to like Ripon but now he’s obviously decided he likes Redcar – it must be courses beginning with ‘R’.

“He’s been a grand horse in his time. He’s getting old now but he’s paid his way this season.” 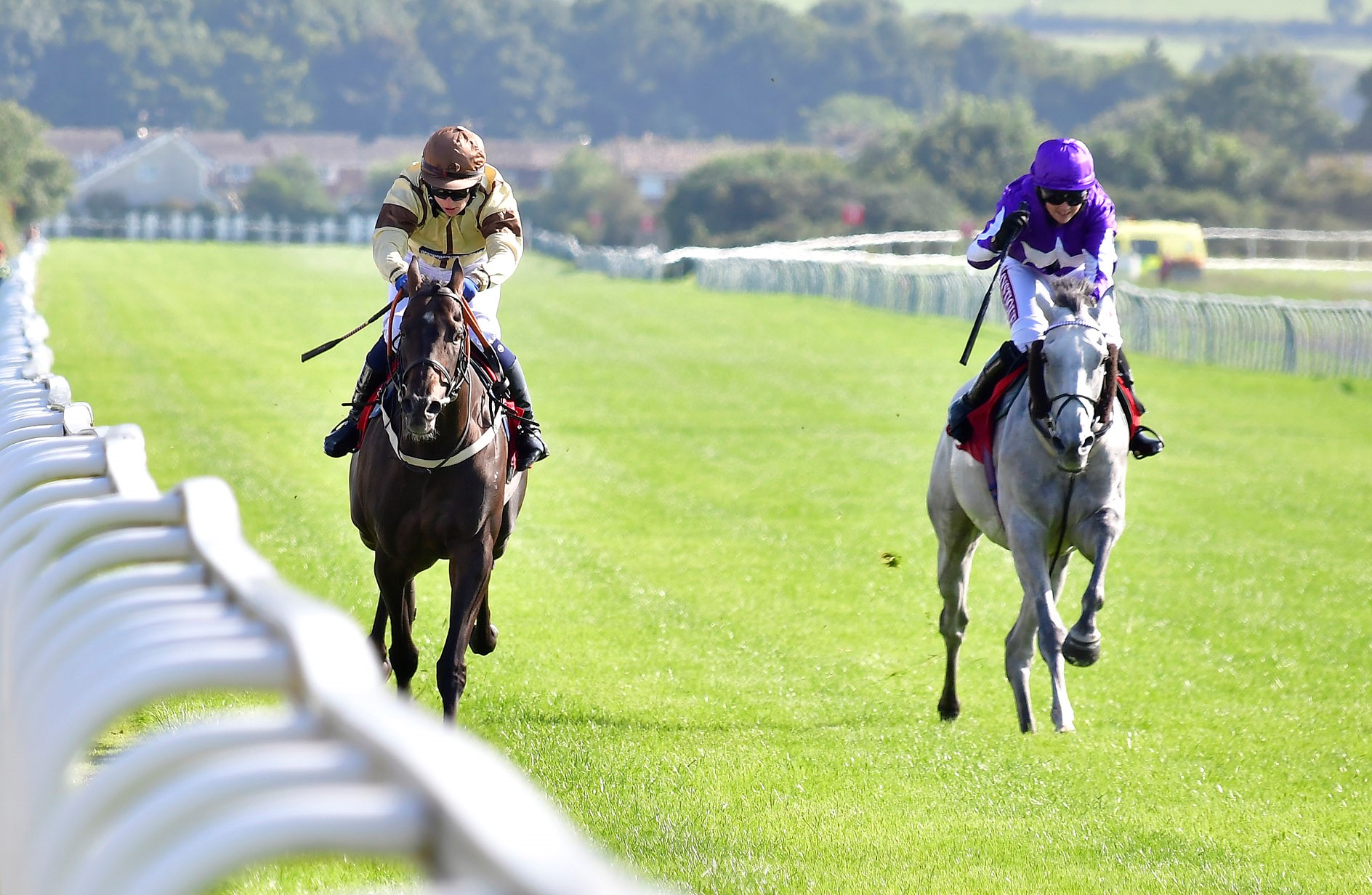 Despite being 30-100, the Lethal Force two-year-old colt was made to work hard by Ruth Carr's Van Zant, who finished second at the rewarding each-way odds of 125-1.

However, winning breeder Muriel Knox, who is based outside Northallerton, said: "He's just a bit lazy and only does enough. His mother was the same and we think there's more to come. Karl has a race in mind at the Ayr Western meeting." 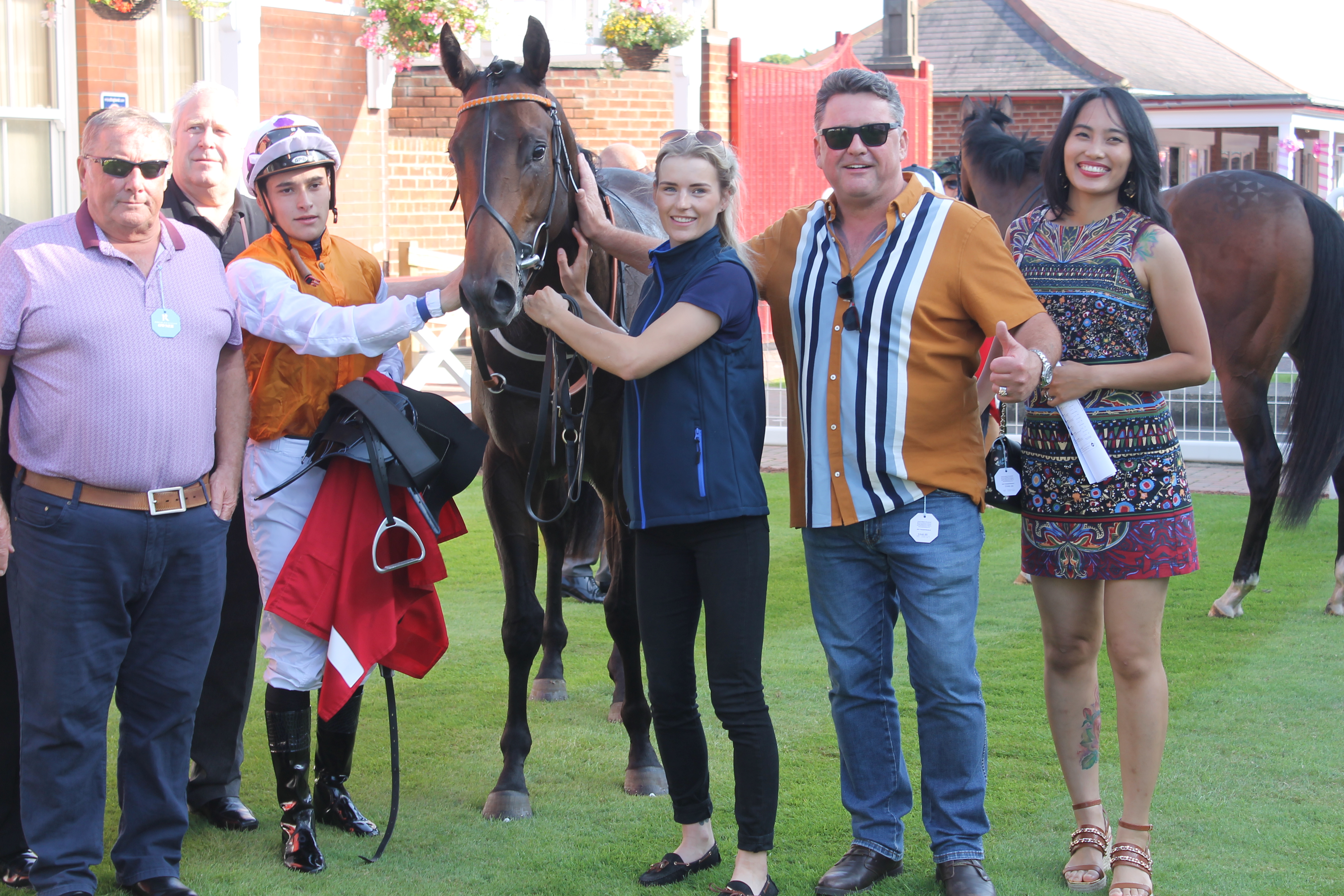 Another five-pound claimer, Adam Farragher, is making the most of his opportunities since moving from Ireland to ride for Newmarket powerhouse, William Haggas, and the combination scored again with Irish Admiral in The Racing TV Straight Mile Series Handicap Stakes. 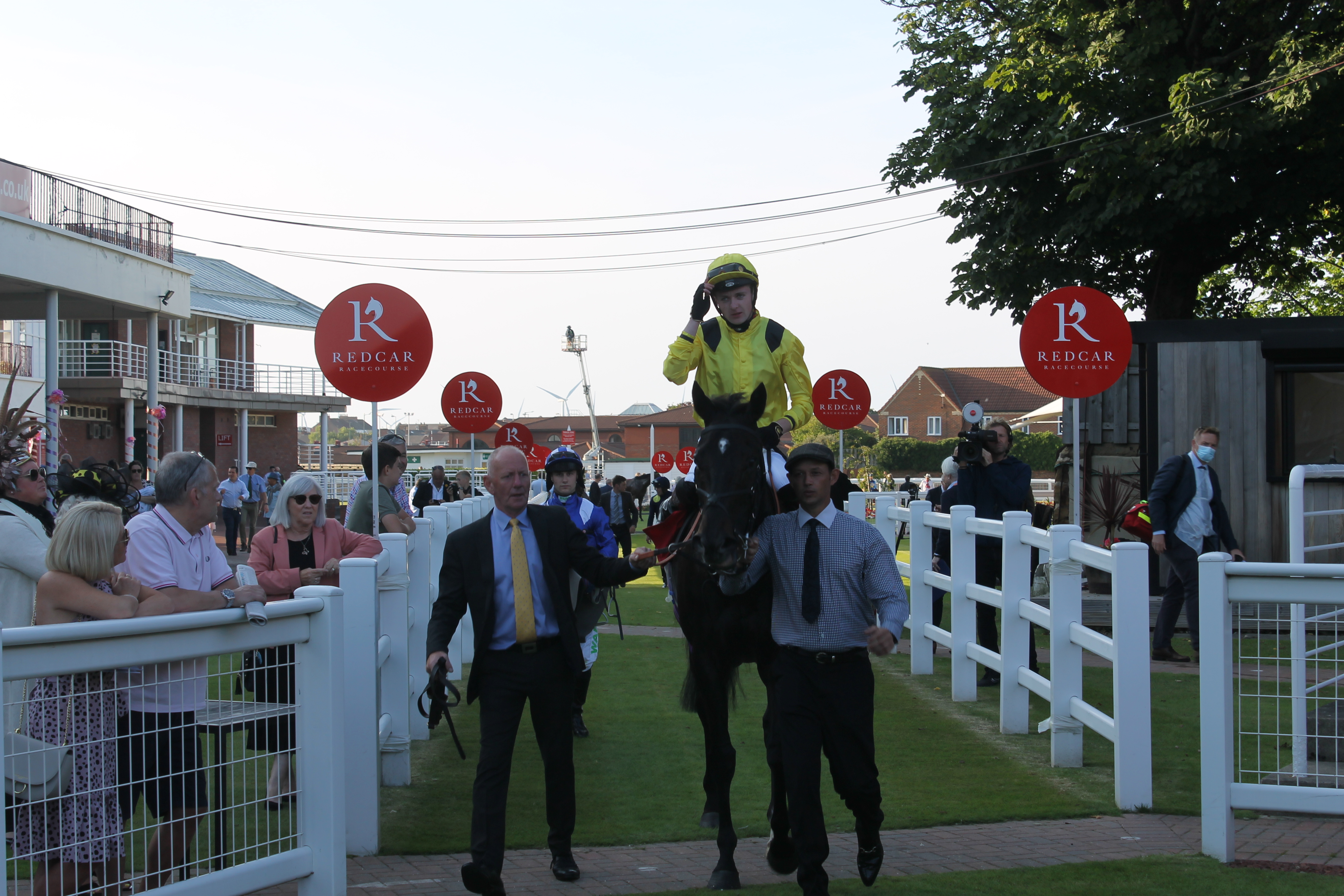 It was also a night to remember for Dylan Hogan who rode out his claim by winning the final race, The Watch Race Replays At racingtv.com Handicap Stakes,on another Newmarket raider, Moliwood. 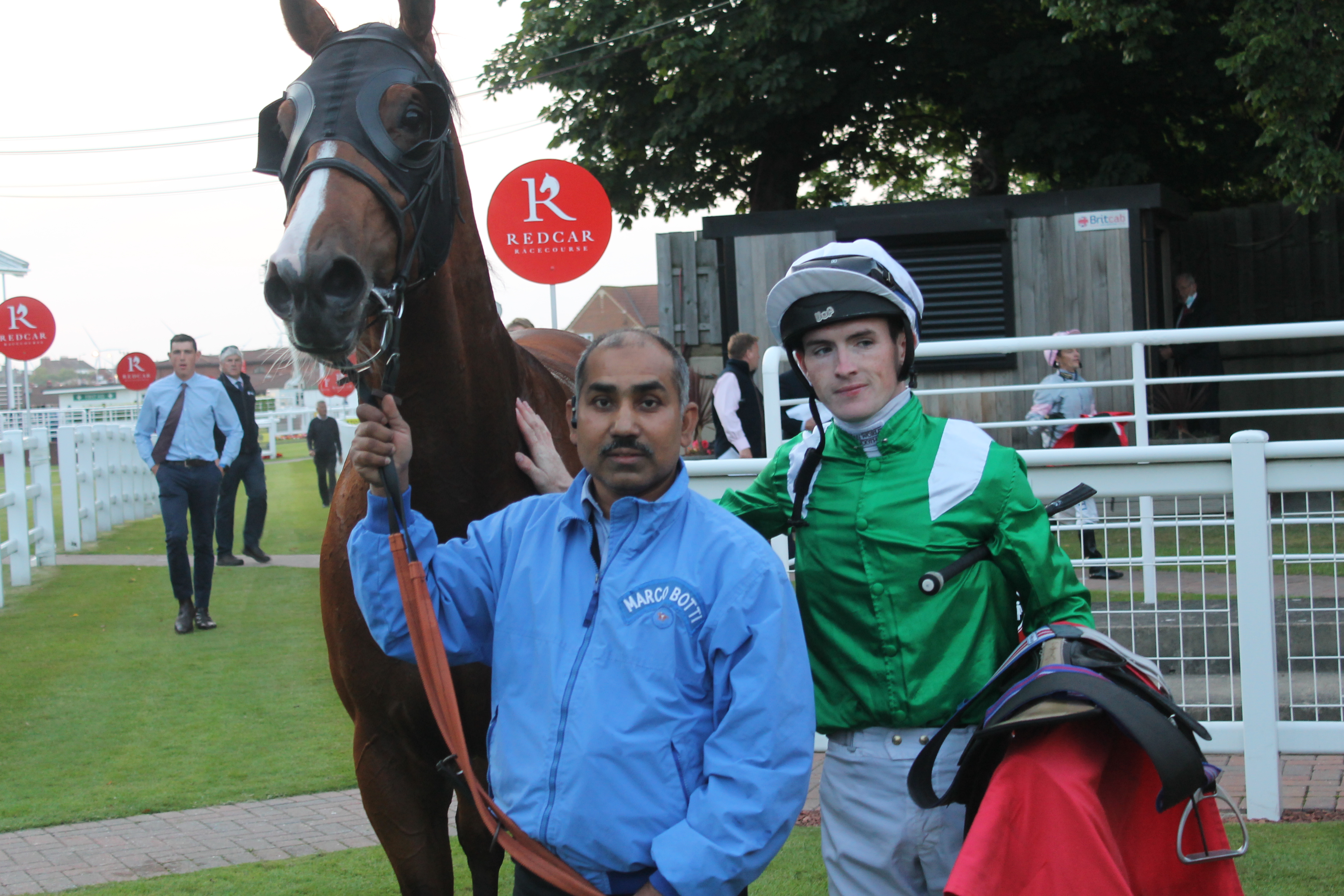