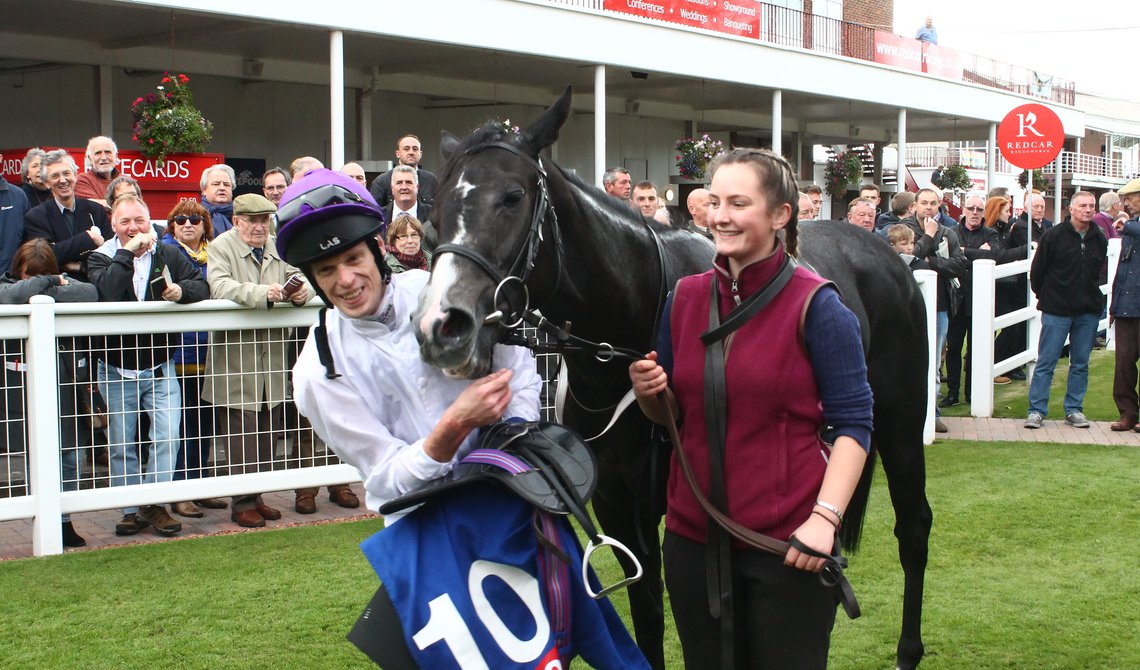 RICHARD Hannon Junior looks the man to beat on Redcar’s richest meeting of the year on Saturday as he aims to lift the £175,000 Racing UK Two-Year-Old Trophy for the second time in four years.

The Wiltshire trainer, who won the Listed six furlong dash in 2015 with Log Out Island, has made no secret of the fact that he holds the well-bred Beat Le Bon in high regard.

The imposing son of Wootton Bassett is entered in two prestigious Group Ones at the back end of the season - the Dewhurst Stakes at Newmarket and the newly-named Vertem Futurity Trophy at Doncaster (formerly the Racing Post Trophy).

He didn’t look like he stayed the mile last time in a hot race at Newbury and a return to six furlongs here could be ideal under jockey Tom Marquand.

County Durham trainer Michael Dods is having another fine season and his improving filly Que Amoro is worthy of each-way support in the big race.

Hannon and Marquand will also fancy their chances in the following race, Division Two of the Racing UK’s Biggest Ever Flat Season EBF Stallions’ Novice Stakes, with Production. A debut winner at Ascot, he disappointed back at the same course next time, but is taken to bounce back.

Tabarrak can keep the Hannon-Marquand bandwagon rolling in the Listed Racing UK EBF Stallions Guisborough Stakes. The gelding won at Lingfield last time, albeit against only two opponents, and looks the likely answer to a tricky contest.

The eight-race card gets underway at 2.10pm with the Division One of the Racing UK’s Biggest Ever Flat Season EBF Stallions Novice Stakes. Saeed bib Suroor’s Snow Storm shaped with promise when fifth on his debut at Yarmouth. However, preference is for Richard Fahey’s Ventura Ocean, who won at Pontefract and was thought to be good enough to run in the Group 3 Acomb Stakes at the York Festival.

Knighted has given members of the Highclere syndicate a lot of fun this season and the Kevin Ryan-trained gelding bids for a four-timer in the Racing UK Straight Mile Series Final. However, David O’Meara’s course and distance winner Mon Beau Visage was only half a length behind Knighted at Redcar last month despite having to be switched by Danny Tudhope inside the final furlong. Mon Beau Visage is five pounds better off at the weights this time and represents good value. With Tudhope riding star filly Laurens at Newmarket, Shane Kelly takes the ride.

What Wonders Weave, trained in County Kildare by Robbie Osborne, ran on strongly when winning at Hamilton last time and, with Rowan Scott claiming a handy three pounds, is fancied to follow up in the Driver Group 40th Anniversary Selling Stakes.

Tim Easterby, fresh from surpassing the 100-winner mark for the season, could add to his impressive tally with Bolin Joan in the Market Cross Jewellers Handicap. She made all over the course and distance two runs ago and looks set for another bold show with Redcar specialist David Allan in the saddle.

Allan already has a Redcar four-timer and treble to his name this season, and he can land a quick-fire double on David Griffiths’ Angel Force in the final race, the Watch Replays At racinguk.com Handicap. The filly won readily under Allan at Redcar’s last meeting despite being hampered.