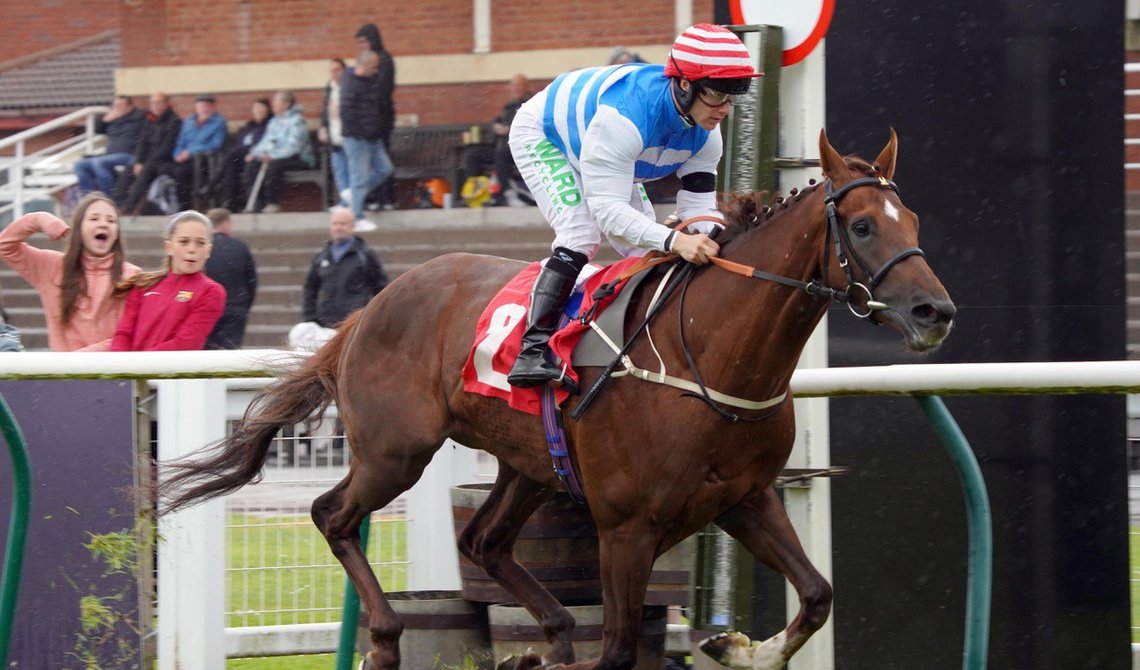 JOCKEY Jason Hart starred at Redcar at the start of what could be the biggest week of his life.

Royal Patronage, trained at Middleham by Charlie and Mark Johnston, would be an aptly named winner of Saturday’s Epsom Derby in the midst of The Queen’s Platinum Jubilee celebrations.

Hart has ridden the Wootton Bassett colt in both the Two Thousand Guineas and Dante Stakes this season, finishing a creditable second to Derby favourite Desert Crown in the latter.

Riding arrangements for the Derby have not yet been confirmed but it would be a surprise if Hart didn’t keep the ride and he warmed up for the Johnston team by striking with an impressive victory on Knightswood (main picture) in The Watch Irish Racing On Racing TV Restricted Maiden Stakes.

The colt was recently acquired by one of Mark Johnston’s most loyal owners, haulage company boss, Brian Yeardley, on the record-breaking trainer’s advice.

The owner said: “Mark recommended this one and he thinks there could be more to come. It’s a long time since I’ve been to Redcar and it’s lovely to be back with a winner. I’m chuffed to bits.” 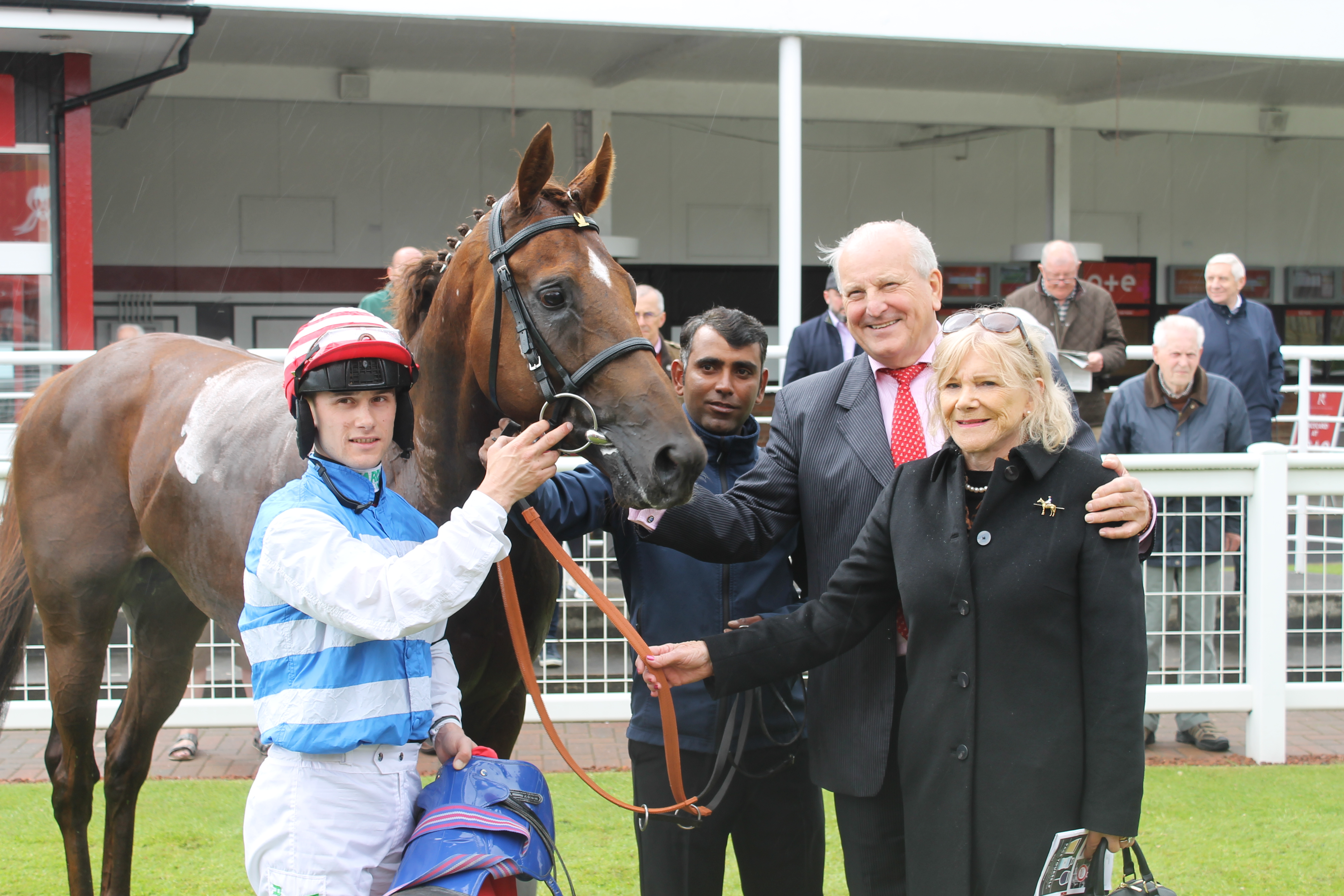 Hart scored a quick-fire double when Boudica Bay (below) led close home to give Preston trainer Eric Alston a welcome first winner of the season in The Watch Racing TV IN Stunning HD Fillies’ Handicap Stakes. 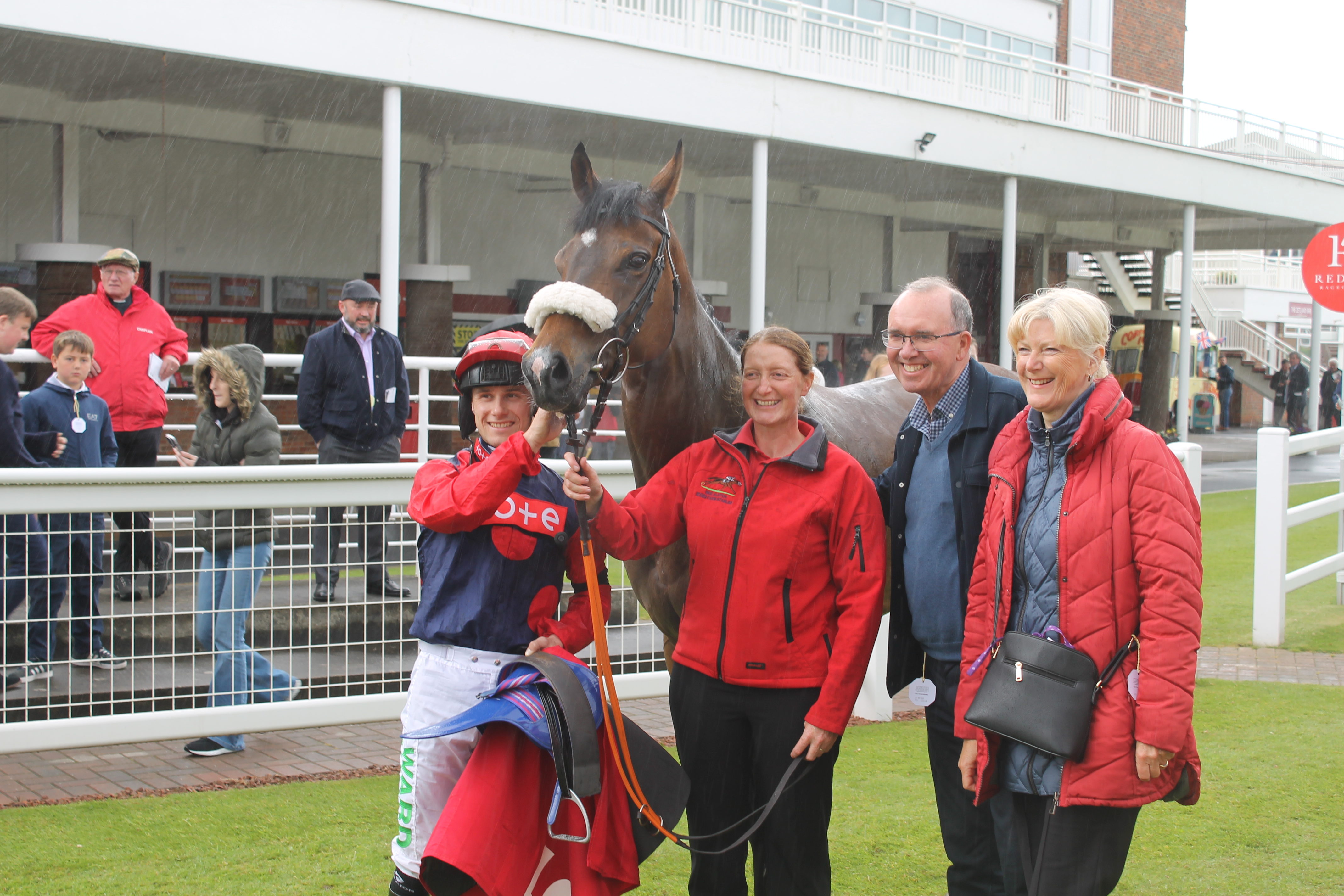 A treble looked likely for Hart as he led 100 yards from the post on John Quinn’s Rum Going On in The Racing TV Profits Returned To Racing Handicap, only to be denied by a flying finish from Kodebreaker (below), trained in North Yorkshire by Kevin Ryan, ridden by Tom Eaves, and owned by the Hambleton Racing syndicate.

Assistant trainer Amy Ryan said: “He’s a galloper so the step up in trip suited him. It’s nice to see him get his head in front and great for the owners.” 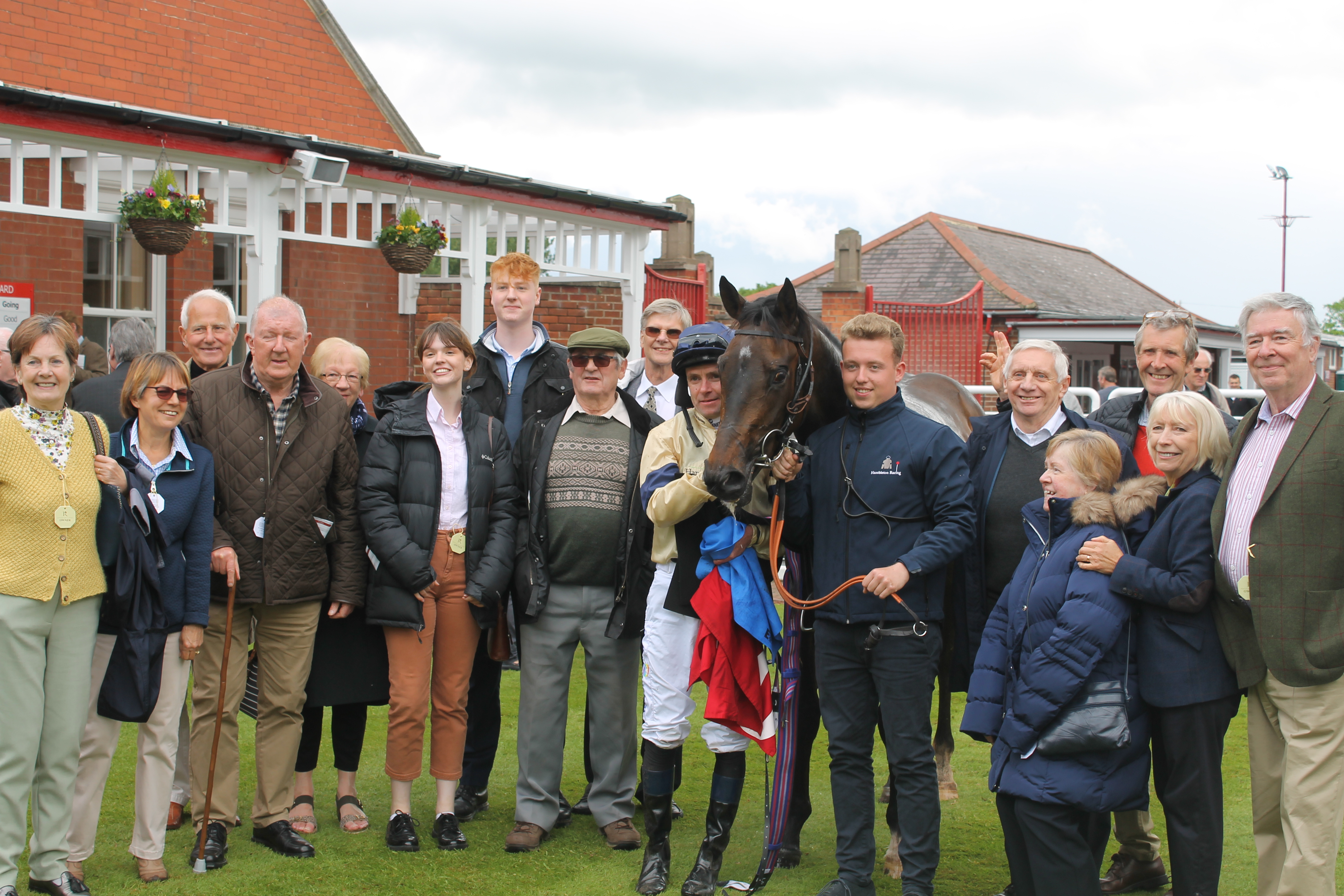 The eight-race card opened with an easy debut win for the Karl Burke trained Miss Brazen (below), ridden by Clifford Lee, in The Longines Irish Champion Weekend EBF Restricted Maiden Fillies’ Stakes (Division One). The Leyburn trainer, having his eighth two-year-old winner of the season, said: “We thought she came here with a chance because she's been working well enough at home to win a little race, and I think she can win again." 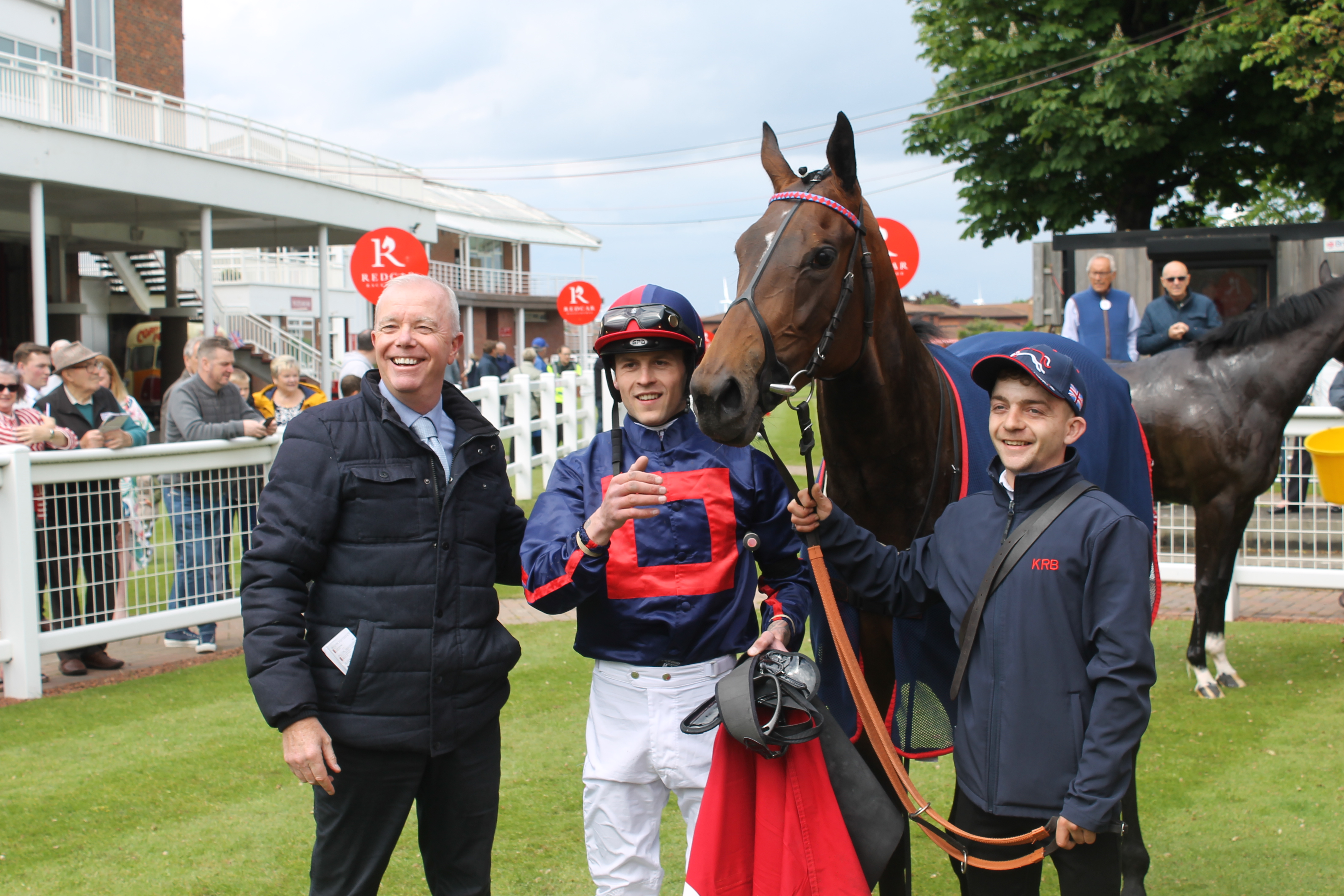 Division Two saw in-form Ben Curtis land his 22nd winner in May as Glorious Angel (below), trained by Hugo Palmer, made her experience tell by powering home. Curtis, who had ridden the Cotai Glory filly when she raced keenly and finished fourth at Haydock last time out, said: “Her head was much better today. She relaxed and put it to bed well.” 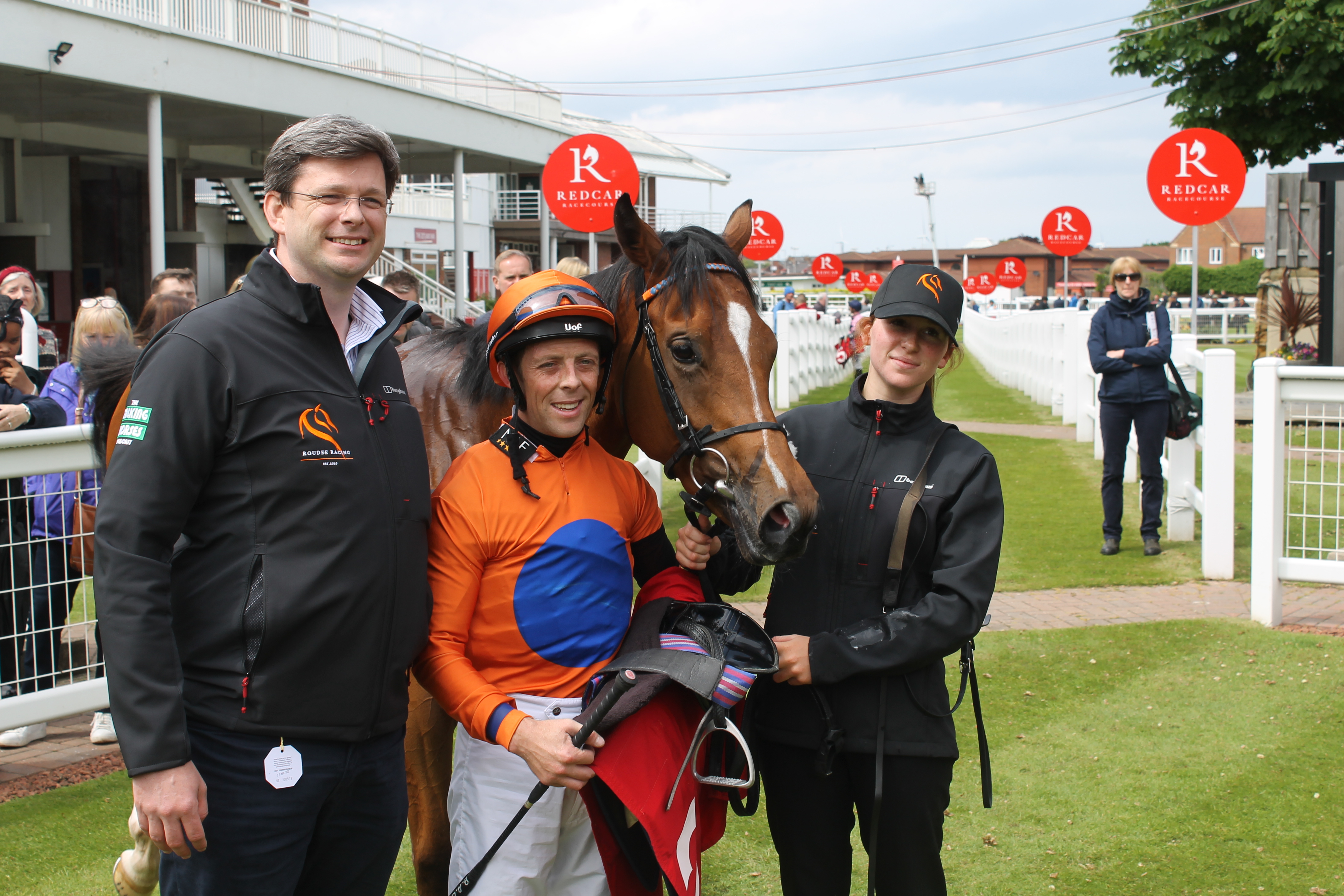 Newmarket jockey and trainer combination George Wood and Harry Eustace are proving a duo worth following at Redcar. They struck with their only raider, Belhaven, at the last Redcar meeting and followed up with Claritudo (below) staying on stoutly to take The Zetland Gold Cup Family Day On Thursday Maiden Handicap. 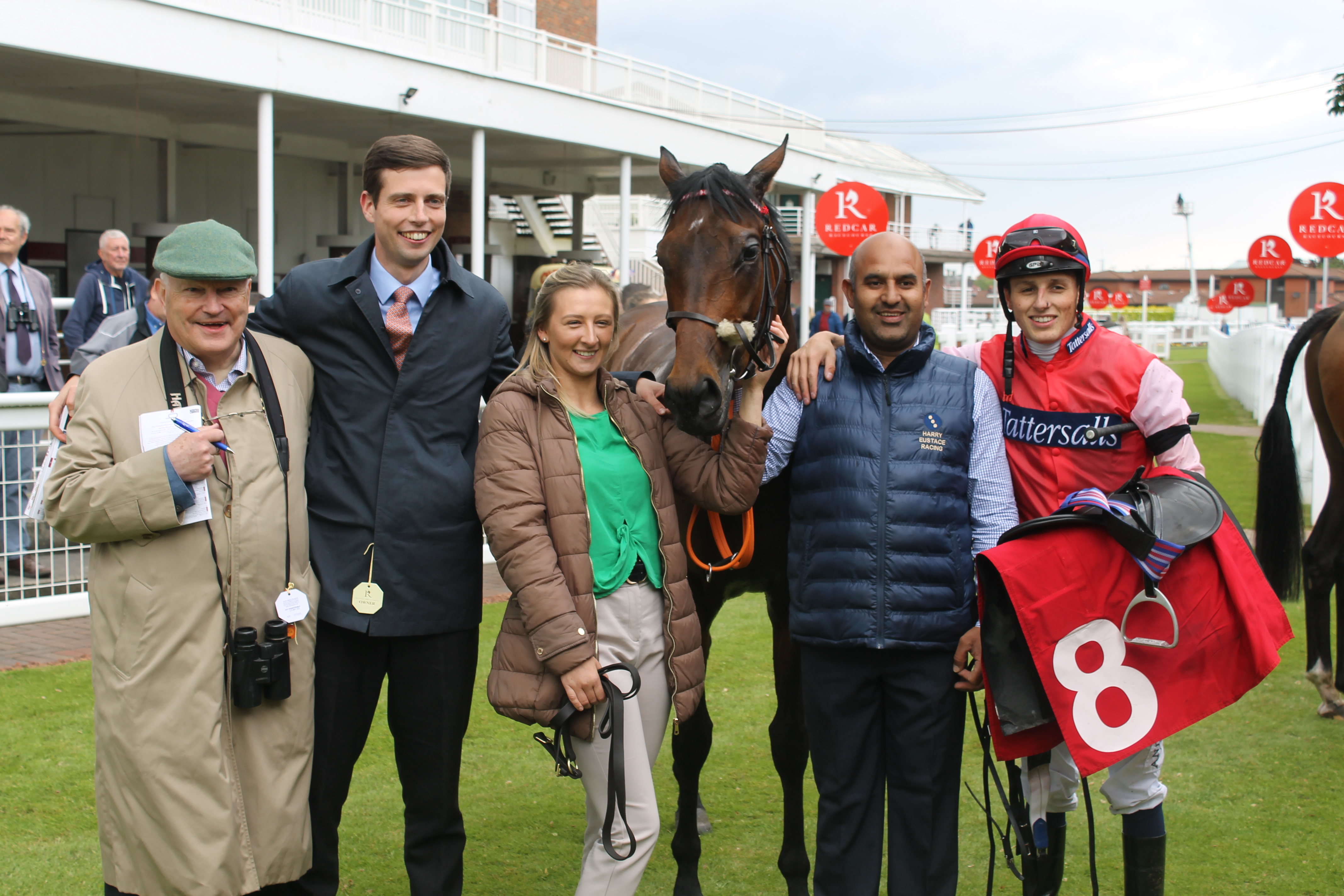 Wood said: “He’s very straightforward and genuine and he’s won as we hoped.”

Esticky End (below) was recorded as having “refused to race” on his last outing at Thirsk but assistant trainer Nicola Barron said the horse had been unfairly accused after he bounced back to form with a comfortable victory in the hands of Connor Beasley in The Join Racing TV Now Handicap.

“Ben (Curtis) swore it wasn’t his fault because the horse next to him in the stalls started playing up. It’s nice to see him come back from that and win well,” she said. 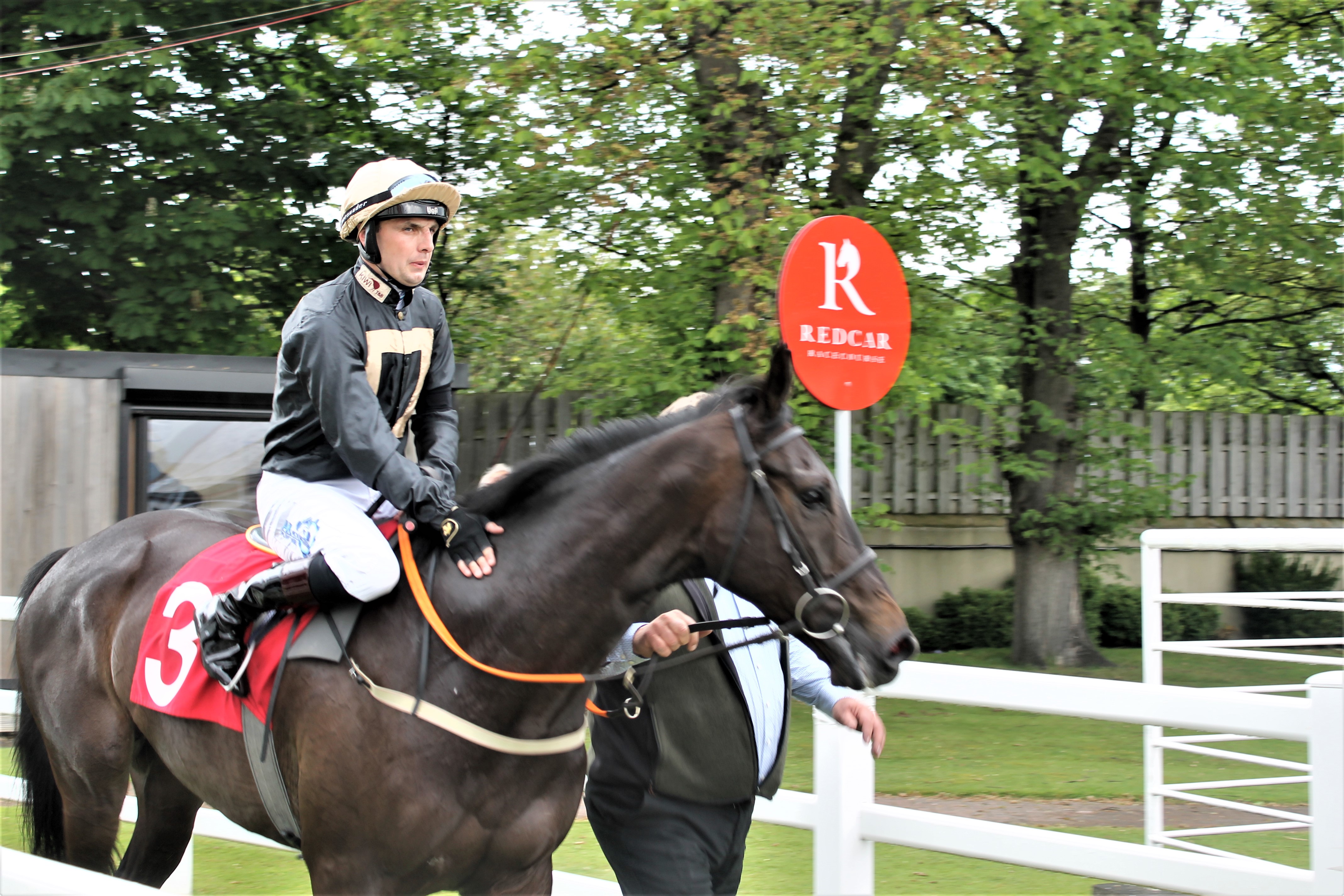 The day ended with a 50-1 winner in the Racing Again On Bank Holiday Thursday Amateur Jockeys' Handicap as Danielle Mooney scooted clear on Dirchill (below), trained at Darlington by David Thompson.

Danielle gave up as an apprentice in 2017 after riding 12 winners and was recording her first win as an amateur.

“I was just struggling to get rides as an apprentice, so I gave up. Then the rules changed and I was able to take out an amateur licence last June.

“I honestly thought the horse was overpriced for a course and distance winner and the rain helped because I knew he’d like the ground.” 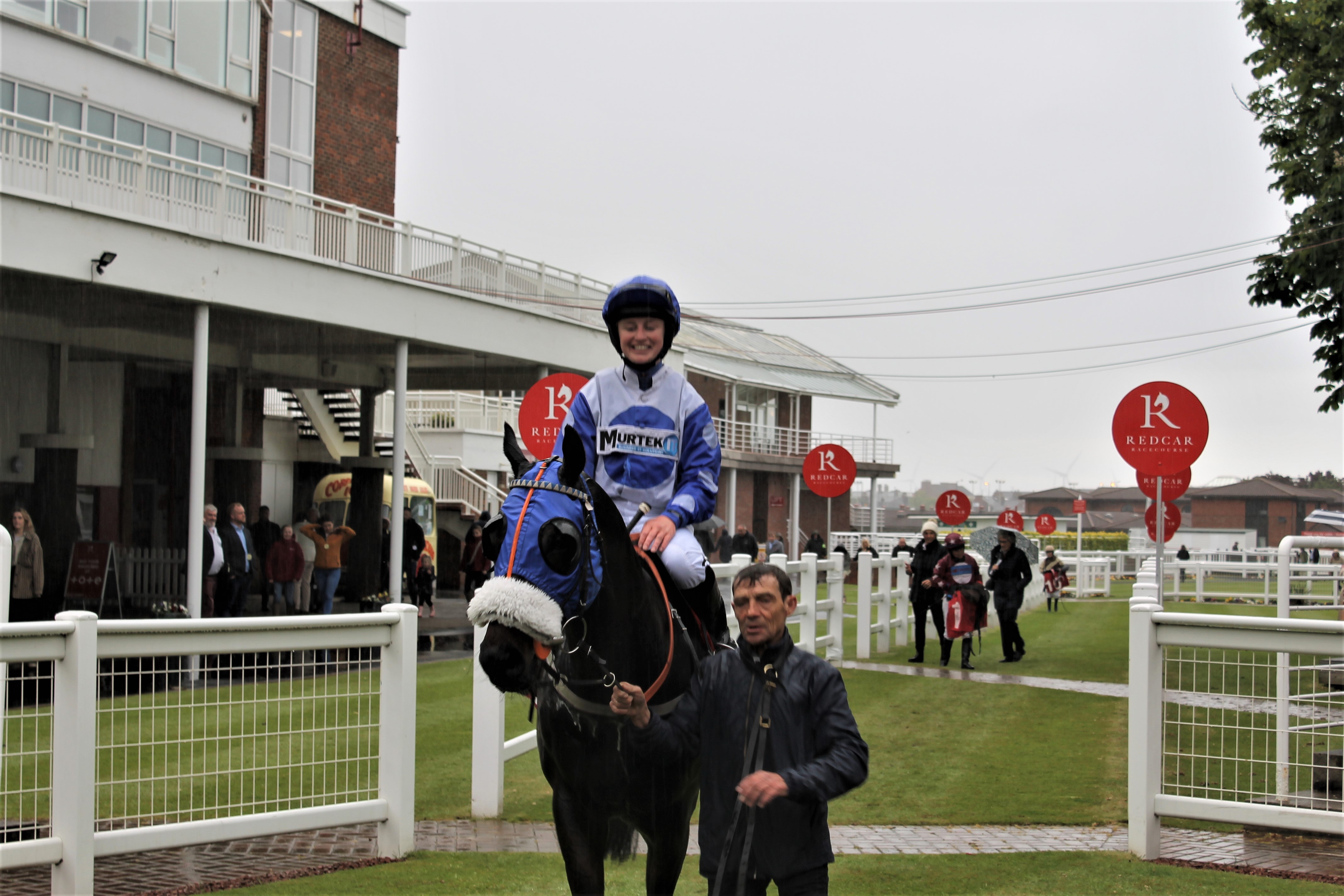