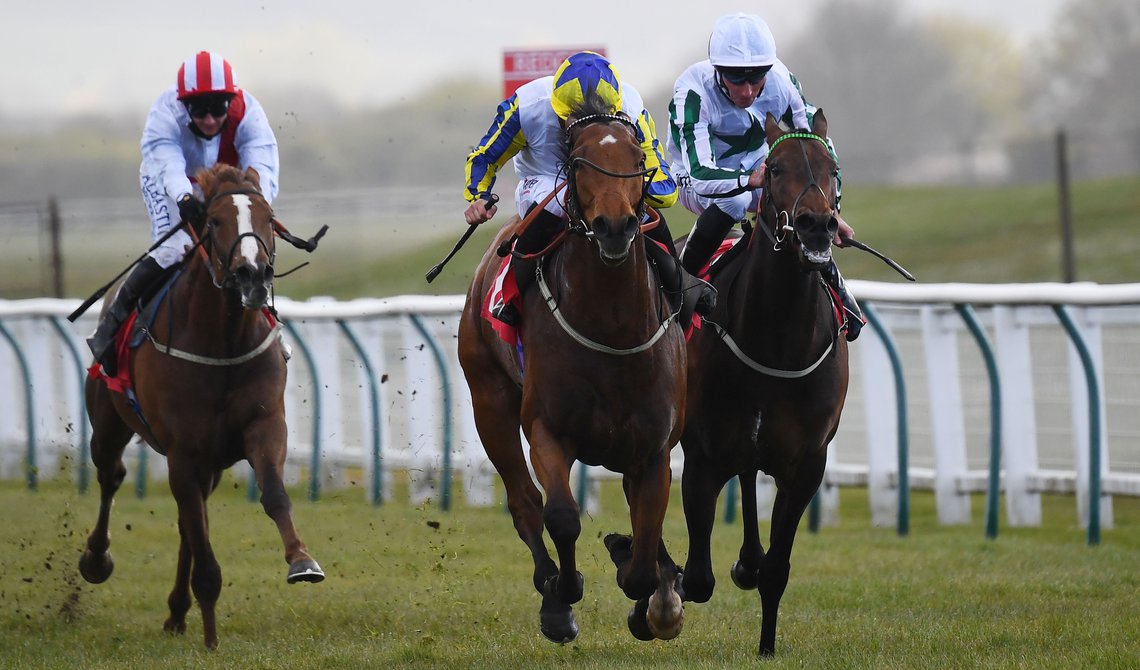 A TRIP to the seaside paid off for holiday park company owners Phil and Tim Brierley when their horse Maison de York romped home at Redcar.

The brothers run Boroughbridge-based York House Leisure, which is where the gelding gets his name.

And, after a tough year for the leisure industry, they are now dreaming of a victory at York after Maison de York – the first horse they have owned – impressively won the

Phil said: “I live in York, went to school in York, I’ve done most of my drinking in York, and it would be a dream to win a race at York. Even when there are no crowds, it just has a special atmosphere.”

He told connections: “He stayed that trip really well and I think there’s plenty of improvement to come.”

Assistant trainer Cath Blakeborough added: “This is a really nice horse and we just think York will really suit him because it’s such a nice, big galloping track.”

Maison de York had won his last race as a two-year-old at Newcastle but got loose and ran across the road afterwards. “We gelded him the next day because he was just a bit too cheeky!” she said.

Phil admitted: “We don’t know much about racing, but it’s been a great experience. Grant’s a friend of ours and he felt the horse would be better over a mile and he’s been proved right today.”

Sands Chorus has been a good horse in the past – having been second in the 2017 Cambridgeshire Handicap at Newmarket when trained by James Given.

Now a nine-year-old and trained at Osmotherley by Karen Tutty, he was back in the winner’s enclosure after an all-the-way win in The Racing TV Profits Returned To Racing Claiming Stakes under an enterprising ride by Tom Eaves.

Karen, who was having her first turf win of the season, said: “We’ve had him for about a year and he’s been a grand horse in his time. The plan was to try to sweeten him up and get him back to former glories.

“His last win was at Ripon in 2017 and he likes that track. We thought he was going to have his day there last August but unseated the jockey coming out of the stalls. It’s just nice to get him back in the winner’s enclosure and, hopefully, it will give him the confidence to go and win again.” 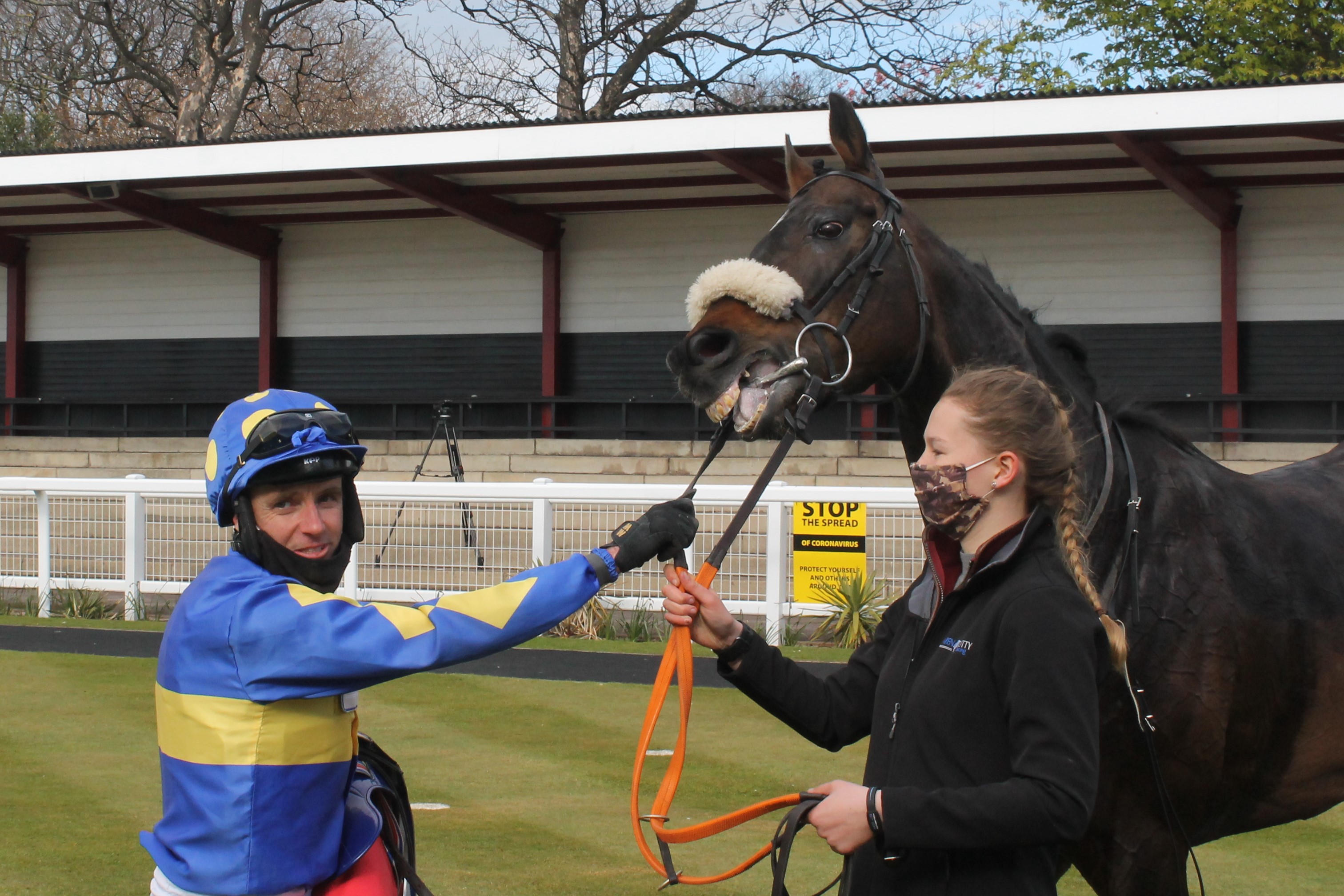 Celestial Queen, trained at Leyburn by Karl Burke and ridden by Danny Tudhope, looked a filly with a future after stretching clear of David O’Meara’s Cosmos Raj to comfortably win the Every Race Live On Racing TV Handicap Stakes.

The trainer clearly likes the Dark Angel filly, saying: "She was backward last year and it didn’t work out for her but she ran a nice race on her reappearance at Doncaster and we came here thinking she had a good chance.

“It depends what the handicapper does but there’s a fillies’ race at Nottingham next week and we may go for that. We’ve been hitting the goalpost a bit lately but that’s 23 winners for the season so I can’t complain.” 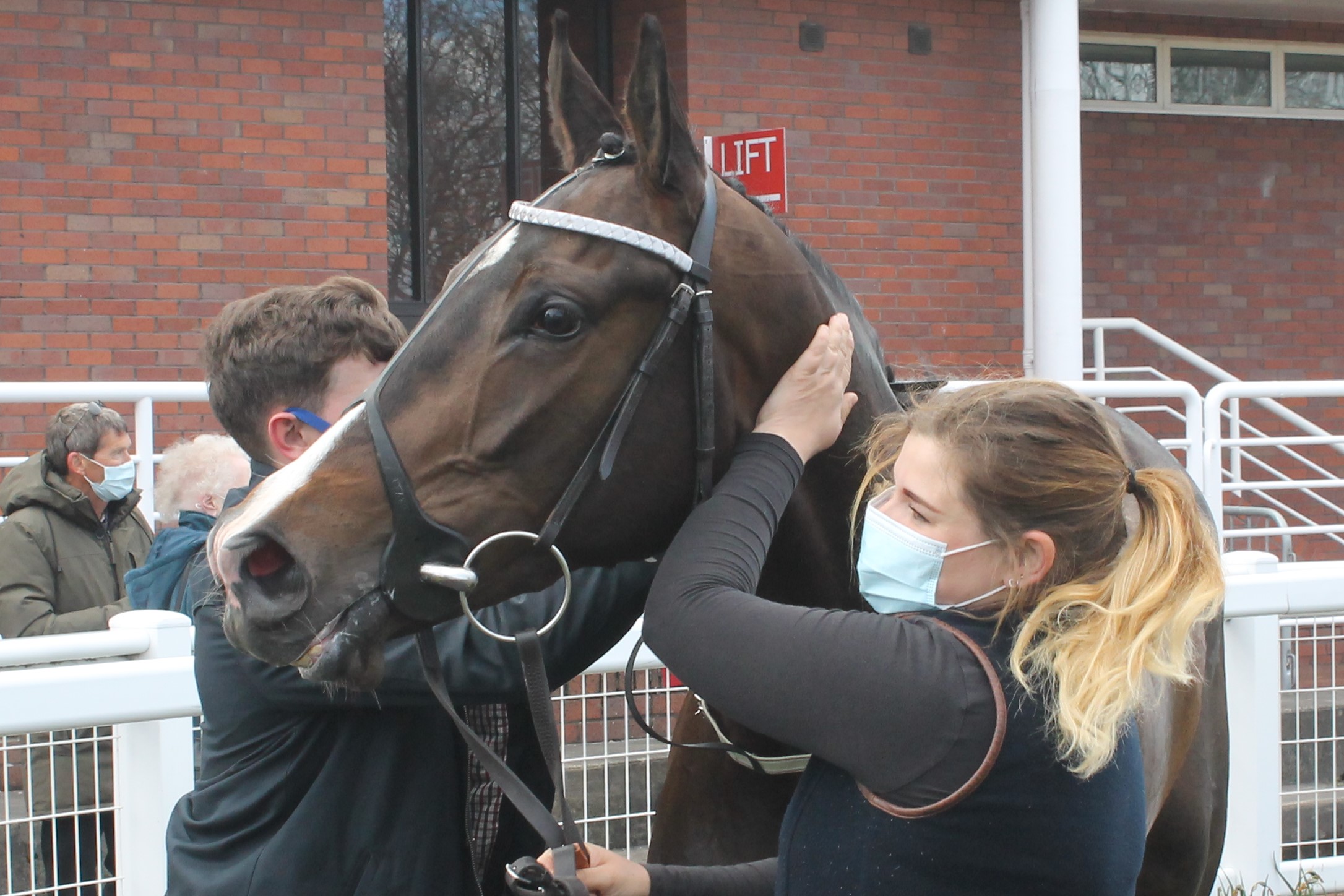 Jockey Kevin Stott is having a good run and said: "Things are going well and, hopefully, it’ll keep going. John said he quite liked this filly. She was a bit gassy over a mile so she was brought back to seven furlongs and a bit of juice in the ground helped. She got a lovely lead and quickened up well. She wandered around a bit in front but there's plenty more to come." 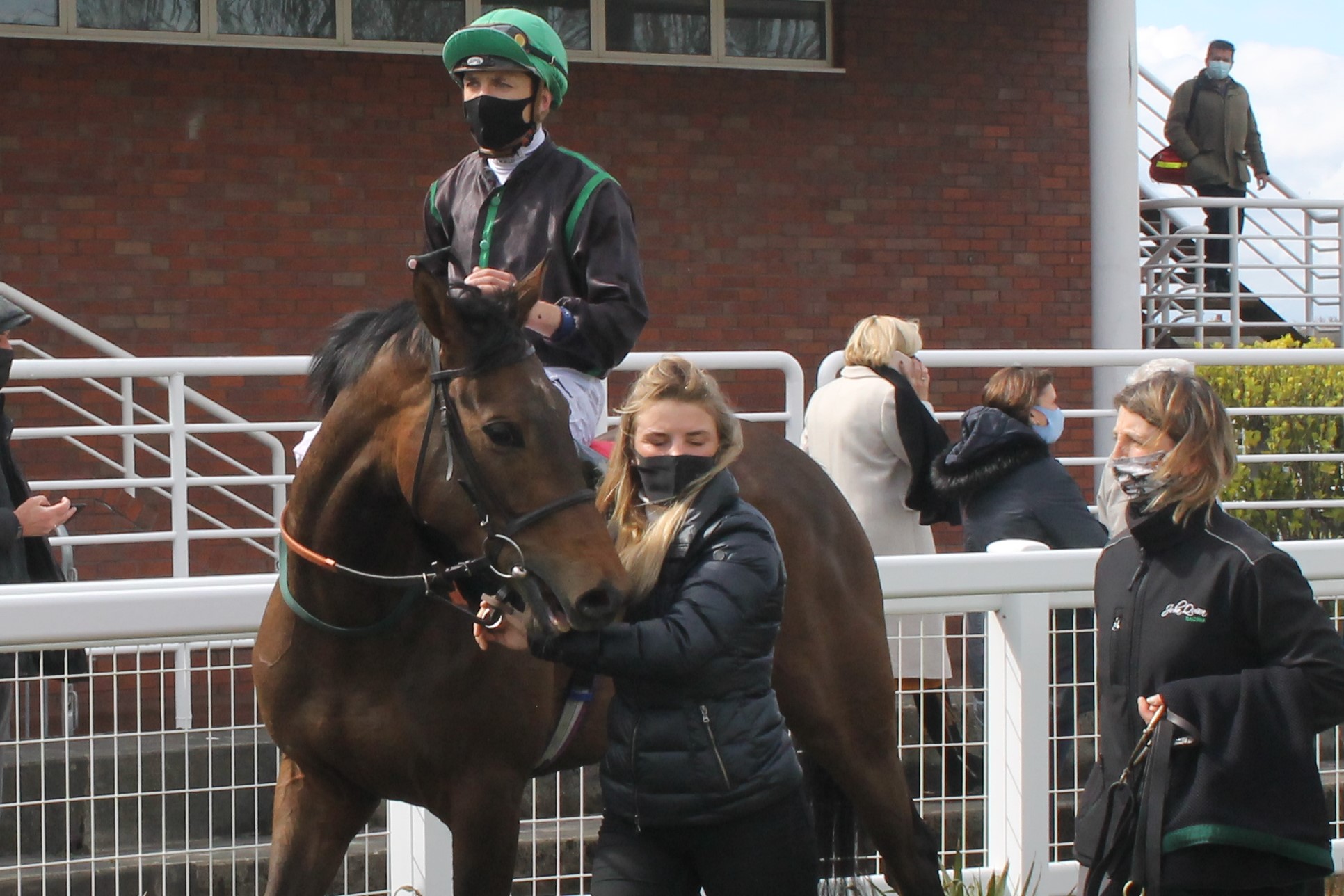 There was a victory for Newmarket when Roger Varian's Exuding showed a good turn of foot to land the Visit Redcar Car Boot This Sunday Fillies' Novice Stakes with Cameron Noble in the saddle. 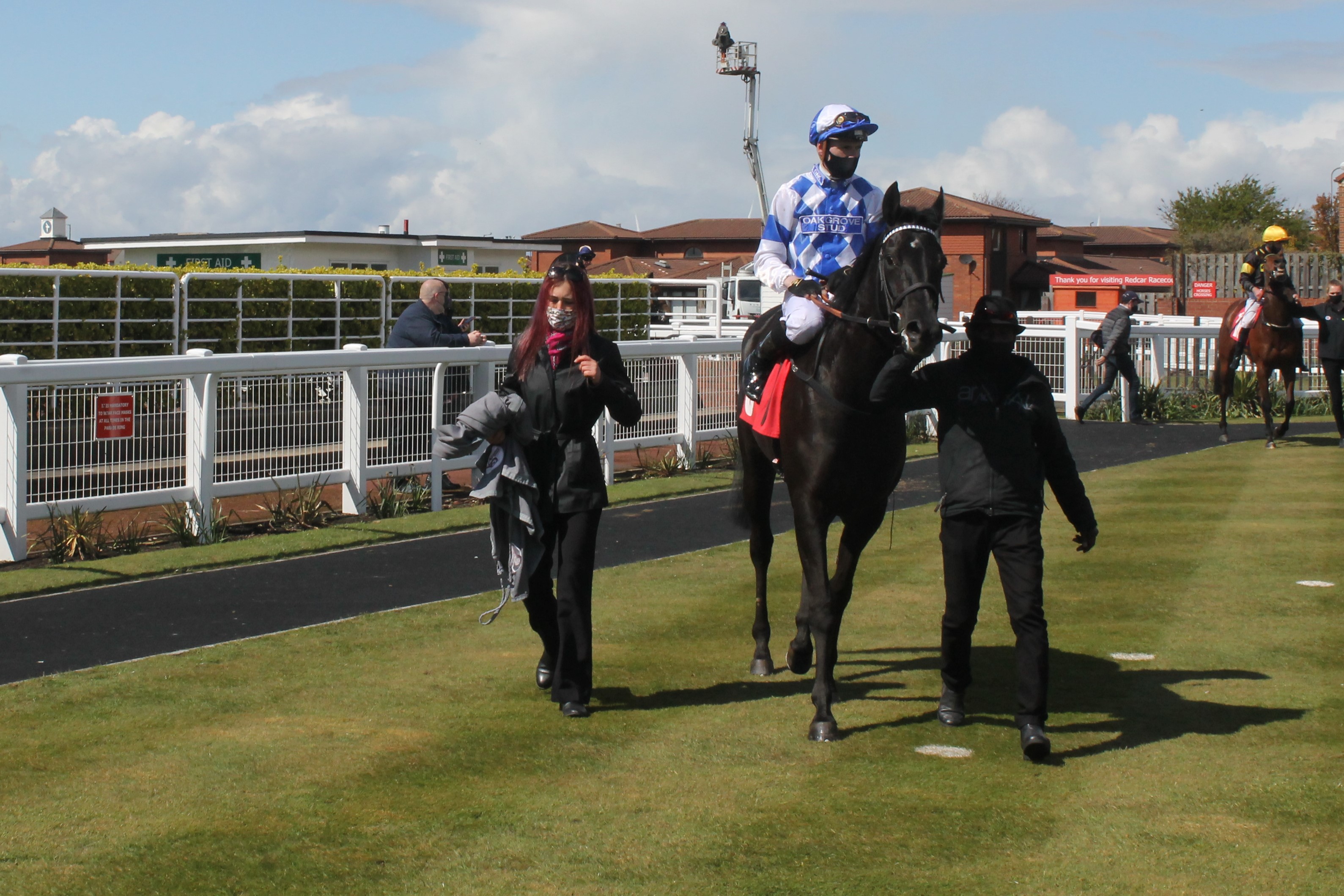 The opening race on the card, the Join Racing TV Now Selling Stakes, was won by Black Hill Storm, trained in Monmouthshire by David Evans and ridden by Shane Kelly. There was no bid for the grey colt.

Greystoke, trained in Berkshire by Mick Channon, also made a long journey worthwhile in the last race of the day, The Watch Race Replay @racingtv.com. The Sixties Icon colt swooped late to deny The Queen's horse, Realist, under five-pound claimer George Bass.