RECORD-BREAKING jockey Hollie Doyle has an impressive strike rate at Redcar and she looks poised for another successful day at the seaside track on Monday.

Doyle, who set the British record for winners by a female jockey in a season by stacking up 116 victories in 2019, has bagged seven wins from 24 rides at Redcar over the past five seasons – a winning ratio of 29 per cent.

She kicks off Monday’s eight-race card with two rides for trainer Archie Watson, who has a similarly high strike rate when he sends horses on the long trek to Redcar from his yard at Upper Lambourn.

First up, in the Join Racing TV Now Fillies’ Restricted Novice Stakes for two-year-olds, is debutante Empress Sheba, a nicely bred filly by Group One winner Excelebration out of an Oasis Dream mare. The market will be the best guide to these newcomers, but the Doyle-Watson combination is sure to make Empress Sheba a popular choice.

The same partnership has a strong chance of a quick-fire double with Super Over in the Every Race Live On Racing TV Novice Median Auction Stakes. The Pearl Secret colt only just got touched off on his debut at Newcastle in November and can go one better.

Ben Curtis and Mark Johnston are on a hot streak, including securing Redcar’s first winner of 2021 with Headingley on Easter Monday, and the combination can strike again with Mr Excellency in the Racing TV Straight Mile Handicap. It’s two out of two so far for the Middleham colt, both victories coming at Southwell, and he looks hard to beat if transferring that solid all-weather form to the turf.

William Haggas and Danny Tudhope are always to be feared when they team up at Redcar, and Kettle Hill looks another likely winner in the Follow Racing TV On Twitter Handicap. The gelding won going away on his last run at Wolverhampton in March and looks progressive.

The Watch Irish Racing On Racing TV Novice Stakes is an interesting affair with some of the big guns from the training and jockey ranks in competition. They include John and Thady Gosden, who send up debutante Jack Kennedy, a three-year-old colt by ‘king of the sires’ Galileo.

Simon and Ed Crisford, with jockey PJ McDonald, were successful at Redcar’s first meeting with the impressive Ilza’eem, and they team up again with Camelot Tales, by Derby winner Camelot, who shaped well when fourth on his debut at Newcastle in December.

The Watch Racing TV in Stunning HD Handicap sees some more well-bred contenders, including Mark Johnston’s Frankel colt, Chase The Dollar, again ridden by Ben Curtis. A winner at Ayr last season, it will be an interesting clash with the Gosden’s Otyrar, by Derby winner New Approach, who stayed on well last month to win at Kempton.

The closing Watch Racing Replays At racingtv.com Handicap has split into two divisions and the first looks an open affair. Andrea Atzeni teams up with Hambleton trainer Kevin Ryan for Sheikh Mohammed Obain Al Maktoum's Will Sommers. The gelding ran some good races in defeat last season and should give a good account.

Division two features Briardale (pictured below) winner of the 2017 Zetland Gold Cup in 2017 in scintillating fashion when trained by James Bethell. Now a nine-year-old, Briardale is handled by James’ son, Ed, and it would be nice to see Briardale back in the Redcar winner’s enclosure. 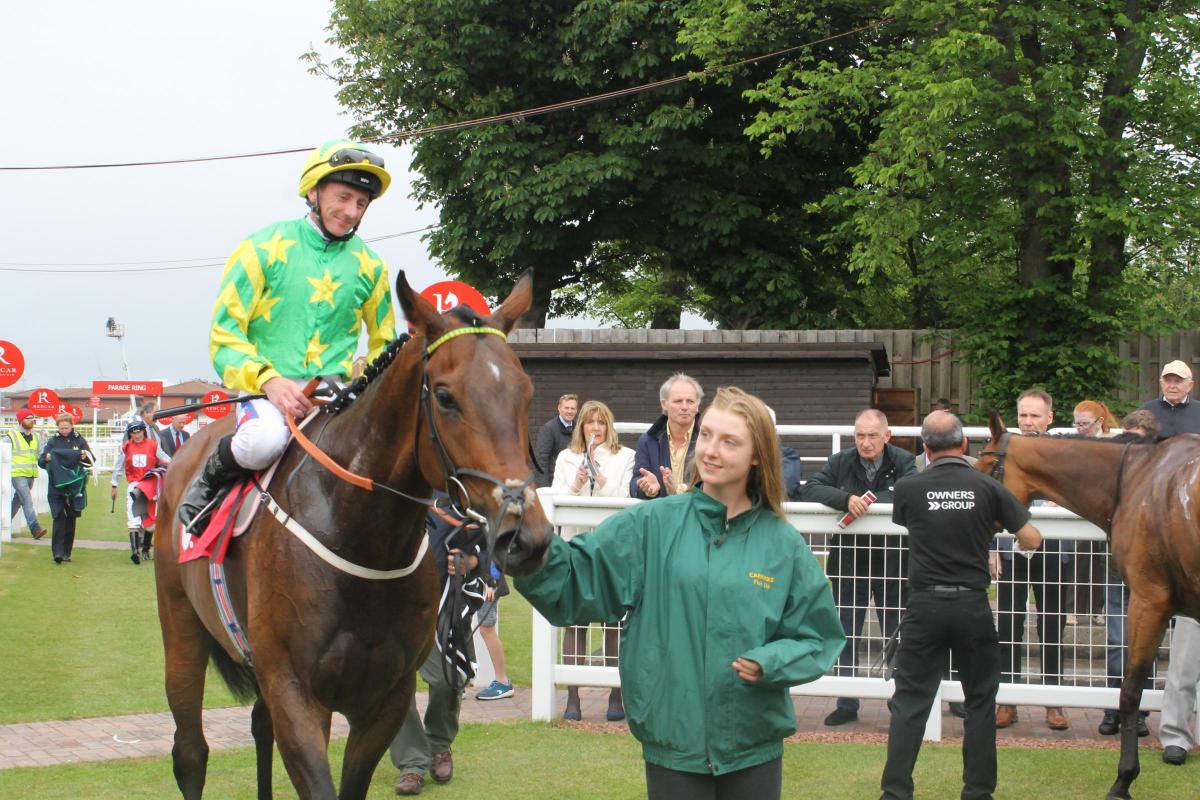 However, a chance is taken with bottom-weight Whitwell, ridden by seven-pound claimer William Pyle, and trained by the evergreen Mick Easterby, who recently celebrated his 90th birthday.