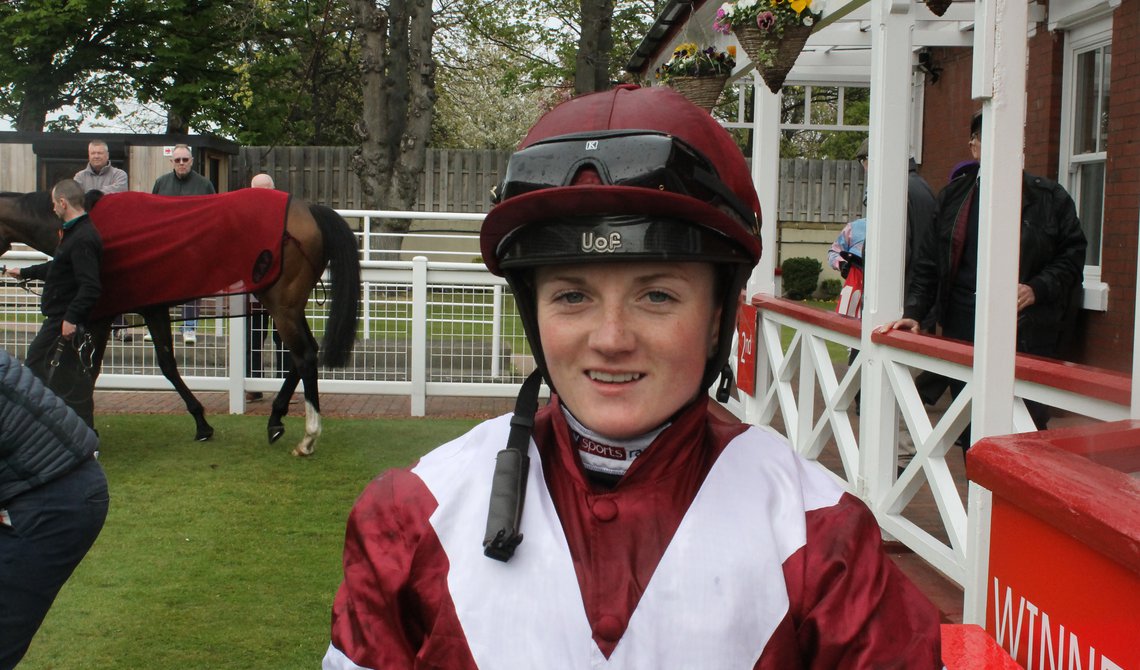 IT’S Ladies’ Day at Redcar tomorrow and one of the toughest female jockeys in the business looks likely to take centre-stage.

Hollie Doyle has become a regular visitor to the North-East seaside track and is no stranger to the winners’ enclosure.

The eight-race card kicks off with her looking hard to beat on Archie Watson’s Lambourn raider War Storm in the opening Chic Hats EBF Novice Stakes. The colt improved on a promising debut at Wolverhampton to win well at York next time and, fitted with cheek-pieces for the first time, is a confident selection.

Richard Hannon Junior is another big Hollie Doyle fan, describing her as “tough as teak” and saying: “She rides as well as any man.” The Wiltshire trainer supplies another strong contender for Doyle with Enchanted Linda in the Market Cross Jewellers Handicap. The consistent filly was a solid second behind James Tate’s Wise Words at Redcar in May and followed up with another close call at Bath.

Mick Channon also employs Doyle for Quirky Gertie in the Rockliffe Hall Novice Median Auction Stakes. She looked the winner over seven furlongs at Chepstow last time but faded into third. Back down to six furlongs, and with a liking for softer ground, she looks primed for a win.

An attractive book of rides for Doyle is completed in the last race, the Racing TV Free For A Month Handicap, at 5.55pm. She rides Paul Midgley’s Groundworker, who won with something in hand last time at Hamilton and can defy a five-pound penalty.

Perhaps the most intriguing race of the day is the H. Jarvis 141st Anniversary Handicap, with County Durham trainer Michael Dods saddling three of the runners – Danielsflyer, Byron’s Choice, and Wahoo. Dods expects all three to run well. Byron’s Choice racked up a hat-trick at this time last year, Danielsflyer ran really well to be sixth of 20 in a hot handicap at York last week and will surely be winning soon. However, a chance is taken with Wahoo, who was a promising fifth on his reappearance at Doncaster after a long break and is back over seven furlongs for the first time since his two-year-old days.

Dods is also fancied to take the Trial Racing TV For Free Now Maiden Handicap (Division One) with Farhh Away. The gelding would have been sold had he not put in a good performance at Newcastle last time, but he saved himself by running a cracker to be a close second at 20-1. If he can transfer that all-weather form to Redcar’s turf, he won’t be…far away.

Paul Mulrennan is on a high after reaching 1,000 winners and he can add another to his tally on board Angel Gabrial, trained on Merseyside by Patrick Morris, in the Betty Leigh Boutique Fashion Show Handicap. He’d been shaping well before staying on strongly to win over two miles at Ripon. Back down to 1m 6f, he looks the one to beat.

Fresh from his Group One success with Lord Glitters at Royal Ascot, North Yorkshire trainer David O’Meara can land the remaining Trial Racing TV For Free Now Maiden Handicap (Division Two) with Kingdom Brunel who looks capable of defying topweight after returning to form with an encouraging second at Thirsk last time.