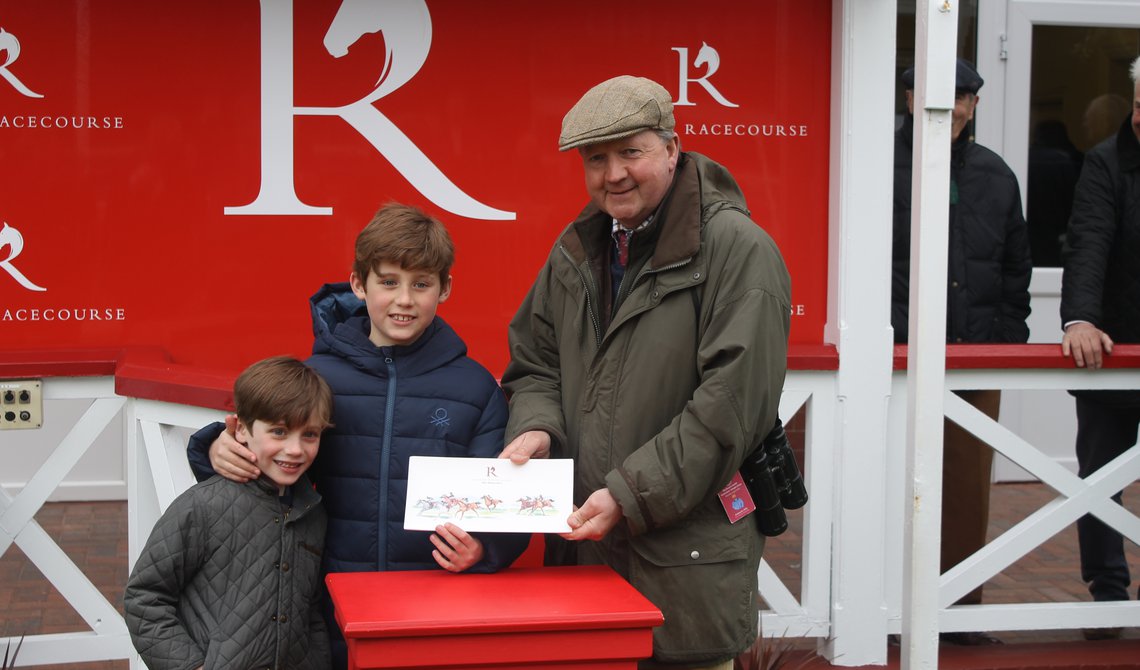 TIM Easterby, Redcar’s champion trainer of 2018, was back among the winners with “a little gem of a horse” as the seaside track got the new season underway today.

Give It Some Teddy, a winner at Redcar on his last run in October, showed great tenacity to win the Tommy Sanderson is 9 Today Handicap.

Tommy, the son of Clerk of the Course Jonjo Sanderson, was with his little brother who happens to be called Teddy.

“I think it was written in the stars,” said their mum Donna. “The whole family backed it, even Auntie Vera in Leicestershire – and she’s 91.”

Easterby said: “He’s a little gem of a horse with a great attitude. He doesn’t take any getting ready and he’s a pleasure to train.”

He added: “We have a lot of runners at Redcar because the track is in immaculate condition and the owners love coming here.”

The eight-race card got off to a good start for favourite backers with Exclusively making a promising debut in the hands of Oisin Murphy for Lambourn trainer Archie Watson.

Gosden was denied a double when Forest of Dean got going too late to peg back fellow Newmarket raider Sameem in the Watch Racing TV In Stunning HD Handicap Stakes. The winner was trained by James Tate and ridden by David Allan.

There was a thrilling finish to the Racing TV Straight Mile Handicap Stakes when Karl Burke’s Absolutio kept sticking his neck out under a fine ride from Ben Curtis to deny James Doyle on Hugo Palmer’s On The Line.

Leyburn handler Burke said: “He’s been very keen at home, but we thought he was fairly fit, and he’ll improve again for that run.”

Burke also reported that star filly Laurens looks “fantastic” after the winter break and is on target for the Lockinge Stakes at Newbury on May 18.

“She’s been very unlucky in her races really, but the young lad’s given her a great ride,” said Tinkler.

Retired developer Stewart Raines, from Beverley, was full of praise for Redcar after Mr Coco Bean, trained at Thirsk by David Barron, prevailed in Division Two. “We love it here – it’s one of the best tracks in the north,” he said.

Mr Coco Bean is Mr Raines’ only horse and he said: “He’s won three times for us now since we took him to David Barron’s and we thought he’d run well today because he was well-weighted.”

There was a 20-1 surprise in the last race, the Every Race Live On Racing TV Novice Median Auction Stakes, when Ben Haslam’s Sandret showed a great attitude with Andrew Mullen in the saddle.

Sandret is owned by the Ben Haslam Syndicate which also has dual winner Epieus.

Haslam, now in his ninth season as a trainer, said: “I’ve always liked Sandret and I couldn’t believe his price given he won well on his debut at Newcastle in February.”