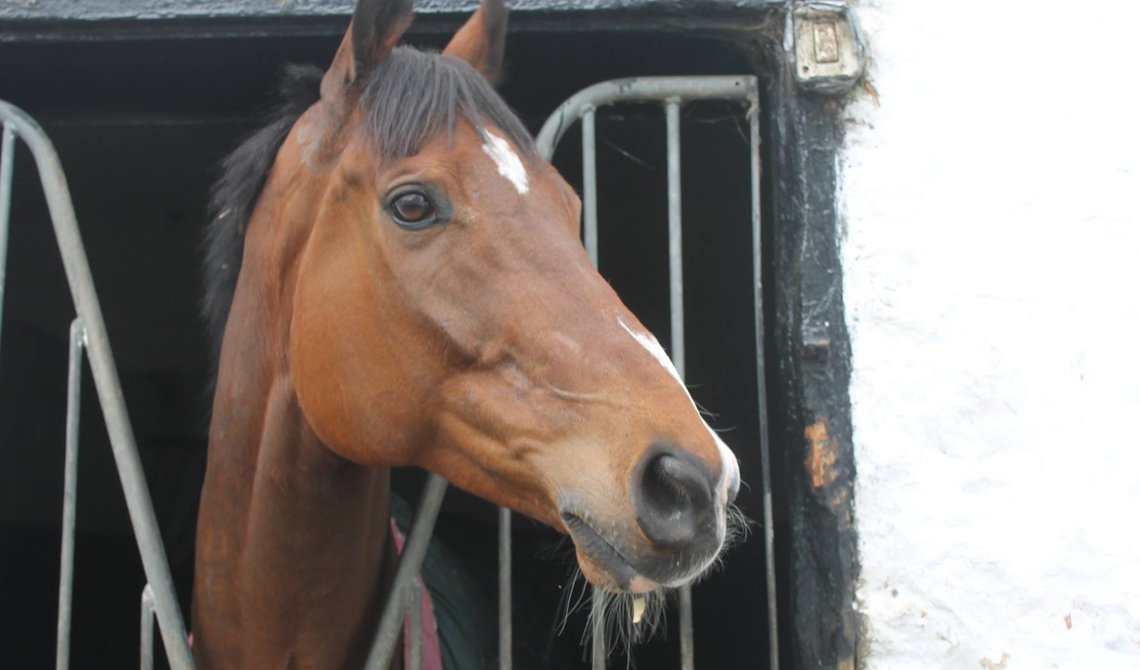 Kiwi Bay has become a Redcar legend over the years and Michael Dods’ evergreen gelding goes for his eighth win at the seaside track on Sunday.

Now 13, Kiwi Bay, pictured, remains in good heart and has shown enough this season to warrant respect in Division One of The Celebrate The Life of Peter Chapman Handicap at 2.35pm.

Sir Mark Prescott is always to be feared when he sends raiders north and it would be no surprise to see Special Mission run well on her handicap debut under Luke Morris. However, Kiwi Bay comes to his favourite course on a career-low mark and he’d be a popular winner with Callum Rodriguez in the saddle.

Sir Mark Prescott also has an interesting runner in Division Two in the form of Grey Spirit. The gelding hasn’t shown much so far but again makes his handicap debut and could improve significantly.

Redcar’s 1940s Revival Day meeting – day two of the Go Racing In Yorkshire Summer Festival – gets underway at 2pm with the Skybet Britain’s Most Popular Online Bookmaker EBF Novice Stakes. Hugo Palmer sent Arbalet from Newmarket to win the race last year and his Nathless looks to have strong credentials this year. The Nathaniel colt has shown enough promise in runs at Newbury and Newmarket to suggest a big run is on the cards.
That said, White Iverson is a rare raider for fellow Newmarket trainer Richard Spencer. Beaten just a length at Lingfield last time, he has Frankel’s jockey Tom Queally in the saddle and the market should send strong signals.

Nigel Tinkler’s gelding Whinmoor looked a really progressive type when winning over the course and distance last time out, having earlier won at Carlisle. He goes for a hat-trick in the Jacks Coaches Handicap at 3.45pm but the handicapper appears to have been harsh with an 11lbs rise. A chance is, therefore, taken with Michael Dods’ gelding Cuddington, who arrived at the stable this season from Tom Dascombe’s yard. The grey looks quirky but he has ability and makes his handicap bow.

David O’Meara and Danny Tudhope are no strangers to the winner’s enclosure at Redcar and Jacbequick is the choice for the Help For Heroes and Royal British Legion Classified Claiming Stakes at 4.20pm. He ran a decent race in third at Beverley just a few days ago and is fancied to come out on top. Ann Duffield has hit form recently and five-time winner Chant could be dangerous but this is his first run for nearly a year.

The O’Meara and Tudhope combination will also be fancied to double up in the Skybet Go Racing In Yorkshire Summer Festival Handicap at 4.55pm with Giant’s Treasure. The Shamardal colt cost 525,000 guineas as a yearling and won his only start for Richard Hannon as a three-year-old before being sold and moving to the O’Meara stable. He’s run well enough in two starts for his new yard and is another running in handicap company for the first time.

Southern trainers look likely to battle it out in the Redcar Cricket Club Fillies Handicap at 5.30pm. James Fanshawe’s filly, Fondest, won gamely on her only start this season at Haydock but it’s hard to ignore the credentials of the William Haggas raider Rhigolter Rose who won in good style at Yarmouth last time.

The attractive card rounds off at 6pm and the choice is another Newmarket raider, Robert Eddery’s Seventii, who’s shaped with promise on three runs this season.