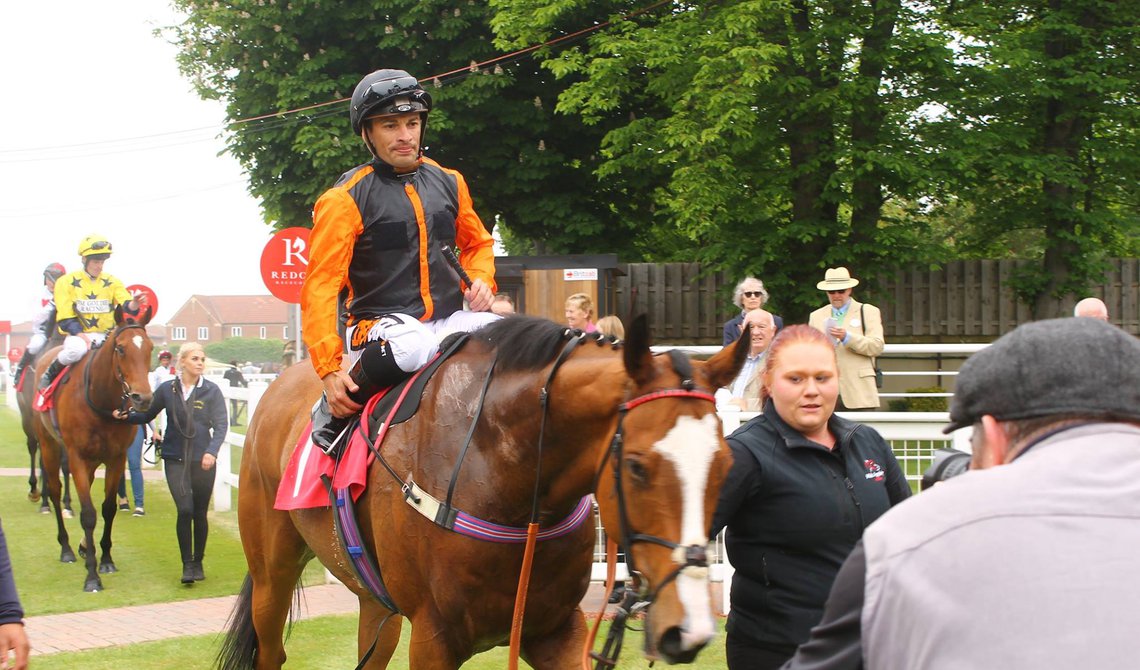 Mick Appleby plundered the featured race, The Zetland Gold Cup, with Big Country at the last Redcar meeting, and the Rutland trainer may follow up at the seaside course on Friday.

His five-old-old gelding Michele Strogoff was only beaten a head to be second of 14 last time at Newbury and can go one better in the Racing UK Straight Mile Series Handicap.

Mick Channon, who has the distinction of being the most capped England player not to be selected for the World Cup or European championships, looks likely to get the seven-race card off to a flyer.

His Knockabout Queen won’t be making the long journey from Berkshire for the good of her health and is a strong fancy in Get So Much More With Racing UK Selling Stakes, having won in that grade last time at Windsor despite being slowly into her stride.

One of the weighing room’s most respected jockeys, Joe Fanning, rides Knockabout Queen and it’s not hard to see him securing a quick-fire double in the second race, the Best Flat Races Live On Racing UK ‘Confined’ Novice Stakes. He rides Showroom for his main trainer, Mark Johnston, and the Motivator colt shaped like a good prospect when staying on strongly to win on his only run so far at Goodwood in September. Godolphin have debutant Ice Pyramid, trained at Newmarket by Saeed bin Suroor, in the field and the market should be noted for the New Approach gelding’s chances.

Akvavera, trained in Hampshire by Ralph Beckett, looks the answer to The Celebrate The Life of Joe Newton Fillies’ Handicap. A winner at Beverley in September, she kept on well to be second to a Sir Michael Stoute charge last time at York and is another who can make a long journey worthwhile.

Malton trainer Nigel Tinkler is a shrewd placer of horses and he has two runners at the forefront of the betting for the Win A VIP Day At redcarracing.co.uk Handicap. Archie Perkins was a winner on his last run at Newcastle in 2017 but has yet to run this season. Preference, therefore, is for Tinkler’s other runner, Whinmoor, who ran on well to win at Carlisle earlier this month, and can defy and 8lbs rise in the weights. Michael Dods’ horses have hit form lately so don’t discount Zahraa, despite her disappointing three runs since winning at Wolverhampton in April.

Ruth Carr’s Abushamah won for the first time in 29 outings when landing a race at Redcar’s last meeting and the gelding’s last three wins have been at the seaside track. He’s not the most reliable of types but his affection for Redcar is clear so he’s taken to go in again in the penultimate race, the Racing UK’s Biggest Ever Flat Season Handicap. Bryan Smart’s Pepys, second of 14 at Thirsk last time and a winner at Ayr in May, looks dangerous.

Thirsk trainer Smart will also be fancied to take the final race, the Watch More With Racing UK Extra Maiden Handicap at 5.20pm, with Wrenthorpe. The gelding has been the model of consistency, and has Harry Russell, taking off 7lb, but he always finds one too good and Paul Midgley’s Palmer makes more appeal following his solid Haydock second earlier this month.