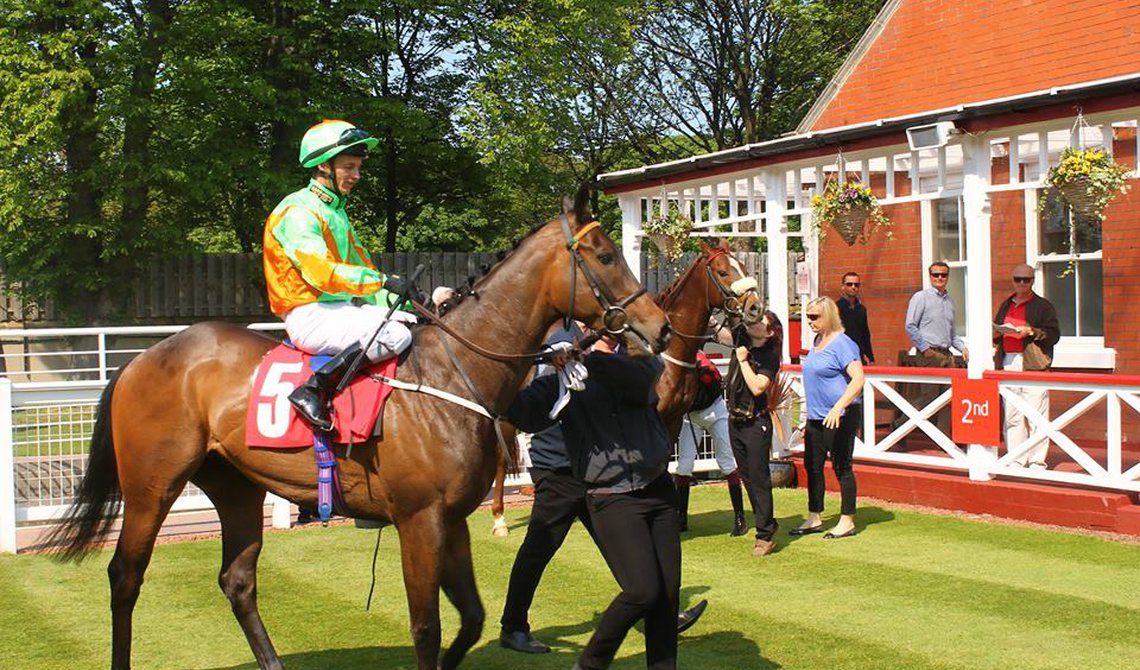 Jockey Jack Garritty could put himself in the frame for a “smacker” if Eeh Bah Gum pulls off a four-timer on Ladies’ Day at Redcar on Saturday.

David Allan was in the saddle when Tim Easterby’s three-year-old gelding won impressively at Redcar last month, and joint owner Lena Rhodes couldn’t resist planting a kiss on the horse’s nose before giving the jockey the same treatment.
Eeh Bah Gum has since gone on to rack up a hat-trick with wins at Beverley and Catterick and, with Allan riding at Ayr, Garritty takes the ride. The combination will be a warm order to keep the winning run going in the Raymond Jarvis Memorial Handicap.

County Durham trainer Michael Dods has hit form in the last few weeks and Boundary Lane, a winner on her debut at Ayr, aims to follow up in the Racing UK’s Biggest Ever Flat Season Novice Median Auction Stakes. She runs in the red colours of David Armstrong, owner of Mabs Cross, who ran so gallantly at Royal Ascot this week, but comes up against David Simcock’s Newmarket raider, Worship, who is rated Group class and should be a class above.

The eight-race card gets underway at 1.35am with the Best Flat Races Live On Racing UK EBF Novice Stakes for two-year-olds. Tom Dascombe’s Liberation Day looks the answer after a promising second on his only run at Leicester at the end of May.

The Betty Leigh Boutique Fashion Show Handicap has split into two and the key to Division One looks to be a race over the course and distance on May 28, won by Micky Hammond’s Indian Vision. David O’Meara’s Sunrize was third that day, beaten five lengths, and it’s hard to see the positions being reversed despite an 8lbs pull in the weights.

Mick Appleby, winner of the recent Zetland Gold Cup, saddles Tan Arabiq in Division Two and he looks ready to win now that he steps up in trip after a good third to Michael Dods’ Kings Gold at Thirsk earlier this month. Wilf Storey’s Adrakhan won the race last year and is slightly better off at the weights but comes into this year’s renewal on the back of some uninspiring efforts.

The H. Jarvis 140th Anniversary Handicap is a tricky affair and the vote goes to Charlie Fellowes’ Newmarket raider Spun Gold, who wasn’t beaten far when fifth at Leicester earlier this month.

Two course winners catch the eye in the Market Cross Jewellers Claiming Stakes. Kevin Ryan’s Al Khan won at Redcar in May but has been disappointing since, so preference is for David O’Meara’s Acrux, also a Redcar winner in May before following up at Leicester and then running down the field at Thirsk last time.

The final race, the Racing UK HD On Sky 426 Handicap is a five furlong dash and Tim Easterby’s Revenge is the pick. He put up a solid effort to be second at Redcar in May and was again runner-up at Thirsk last time, with a disappointing run on the all-weather at Wolverhampton in between. Impressive three-pound claimer Callum Rodriguez takes the ride and a bold show is expected, with the gelding dropping back to the minimum trip.