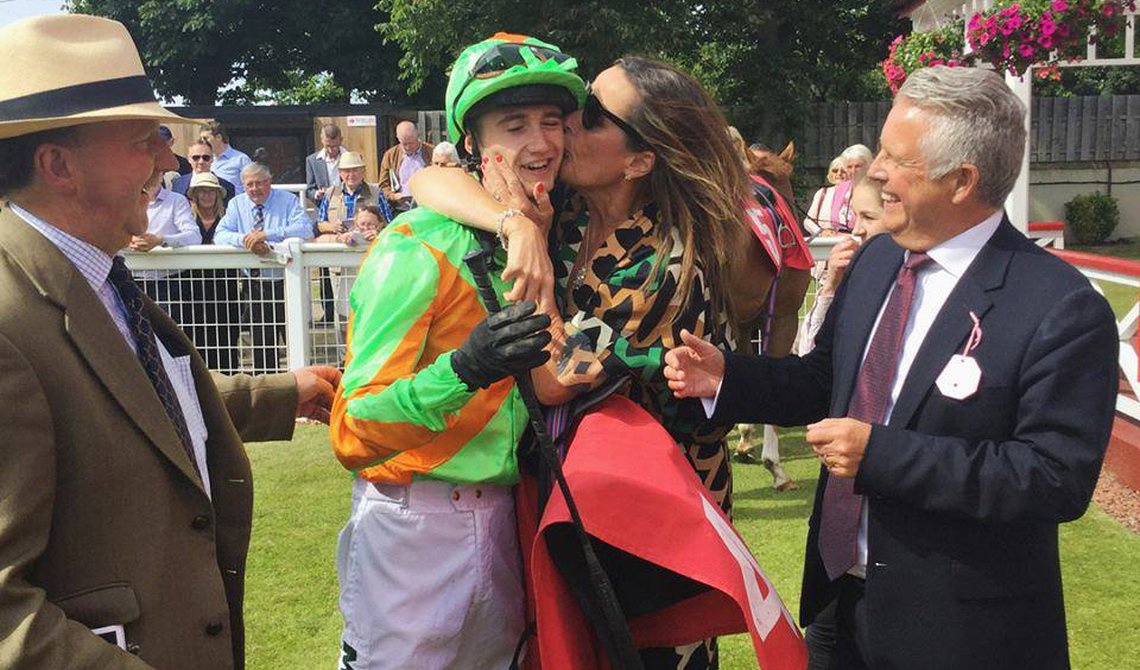 Mrs Rhodes, who had planted a kiss on jockey David Allan after Eeh Bah Gum’s previous Redcar success last month, said as the horse approached the winning enclosure: “That was just fantastic – Jack’s going to get a proper snog after that!”

Lena’s husband Nick said of the winner: “He just gets better and better and we just love him.”

Trainer Tim Easterby was just as impressed, saying: “He’s a very smart horse, very fast, with a great temperament. He just keeps improving and has got everything going for him.”

Veteran jockey Franny Norton scored a quick-fire double in the first two races of the day. Freed From Desire, trained by Ivan Furtado, just held on for a 20-1 win from the fast finishing Absolute Dream to win the opening Best Flat Races On Racing UK EBF Novice Stakes.

Norton followed up in division one of the Betty Leigh Boutique Fashion Show Handicap in another touch-and-go finish on board Micky Hammond’s Indian Vision.

It was back to another pulsating finish for the H. Jarvis 140th Anniversary Handicap when David Nolan conjured up a last gap flourish from David O’Meara’s Hajjam, thwarting Danielsflyer – owned by prominent Bishop Auckland businessman John Elliott.

David O'Meara Racing secured a double when course and distance winner Acrux bounced back to form with a comfortable success under Shane Gray in the Market Cross Jewellers Claiming Stakes.

There was an upset in the Racing UK’s Biggest Ever Flat Season Novice Median Auction Stakes when 4/7 shot Worship – considered good enough to run in the One Thousand Guineas – was outgunned by Richard Fahey’s Aljady, who made it two out of two in the style of a promising horse.

The eight-race card came to a climax with Ivan Furtado book-ending a first and last race double when Jane Elliott won impressively on Laith Alareen, who was too good for Tim Easterby’s race favourite Revenge.