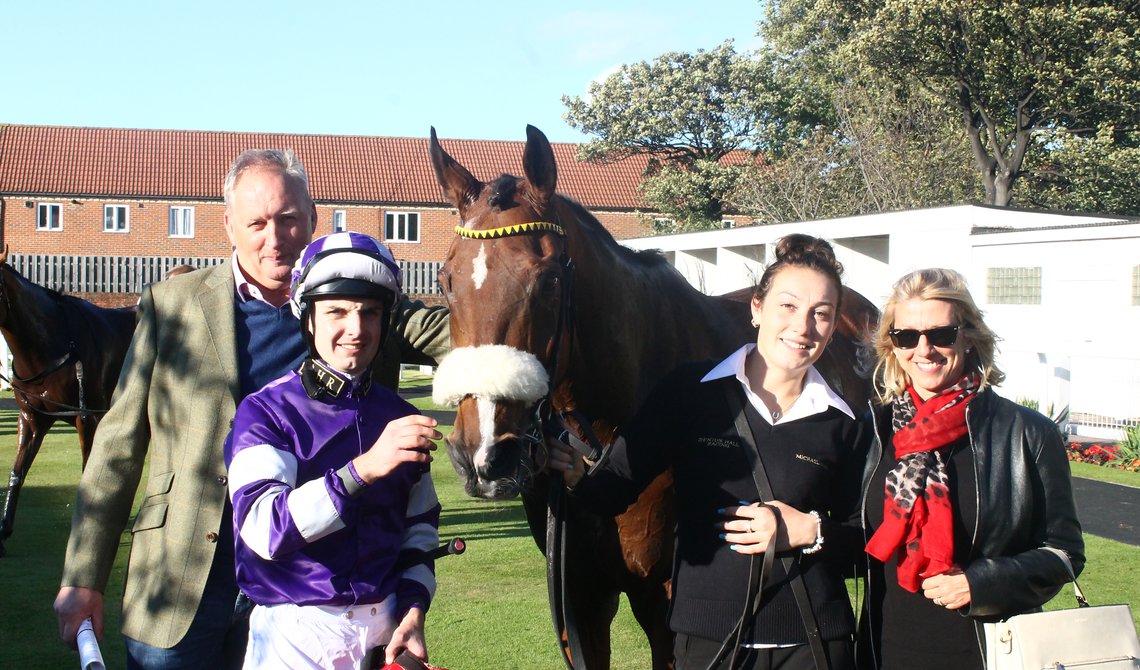 REDCAR said a fond farewell to one of its best ever course specialists today when 13-year-old veteran Kiwi Bay ran for the 144th and final time.

Michael Dods’ gelding – a winner of 13 races, including seven at the seaside track – has been retired after finishing down the field under Connor Beasley in the William Hill Leading Racecourse Bookmaker Selling Stakes.

Owner Ian Bennett, who runs a potato company between Malton and Driffield, revealed that the plan is for Kiwi Bay to find a more relaxing occupation as a dressage horse.

“It’s a sad day but age has caught up with him. He’s done us proud and given us a lot of fun,” he said.

While he was retiring a veteran at one end of the scale, Mr Bennett was celebrating a surprise win at the other when his 25-1 debutante, Ride The Monkey, got up in the shadow of the post to win the William Hill Betting TV EBF Maiden Stakes in a thrilling finish.

“I never had a penny on him,” said Mr Bennett. “We thought he’d run a nice race but he was up against some expensive two-year-olds, so we weren’t expecting him to win.”

The horse was named after a drink Mr Bennett had with the trainer during a sunshine break shortly after buying the horse. “We were in a bar in Tenerife, drinking a cocktail called Ride The Monkey, so that’s what we called it,” he explained.

Jockey David Allan, who rode his first four-timer at Redcar earlier in the season, was the star of the day again with a sparkling treble.

His first win came in the seller on Shamaheart, trained at Thirsk by Geoff Harker, and that was swiftly followed by Angel Force winning the Williamhill.com Handicap Stakes for Bawtry trainer David Griffiths despite losing her two hind shoes.

Allan’s hat-trick was completed in the final race when Sir Derrick notched up Tim Easterby’s 100th winner of the season in the Watch Race Replays At Racinguk.com Handicap Stakes.

It was also a good day for Paul Hanagan who rode a double. The former champion jockey won the opening The Best Flat Races Live On Racing UK Nursery Handicap Stakes on Chitra, trained at Lambourn by Daniel Kubler, and followed up on Godolphin’s Alfurat winner, who stayed on stoutly to take the William Hill Betting TV EBF Maiden Stakes for Saeed bin Suroor.

Prejudice, a well-bred son of Dubawi, was impressive in the hands of Danny Tudhope when winning the Racing UK’s Biggest Ever Flat Season Nursery Handicap Stakes for Newmarket veteran Luca Cumani.

And the progressive Epaulement looks one to follow after landing the William Hill 2 Clear Handicap Stakes for trainer Tom Dascombe and jockey Alistair Rawlinson.