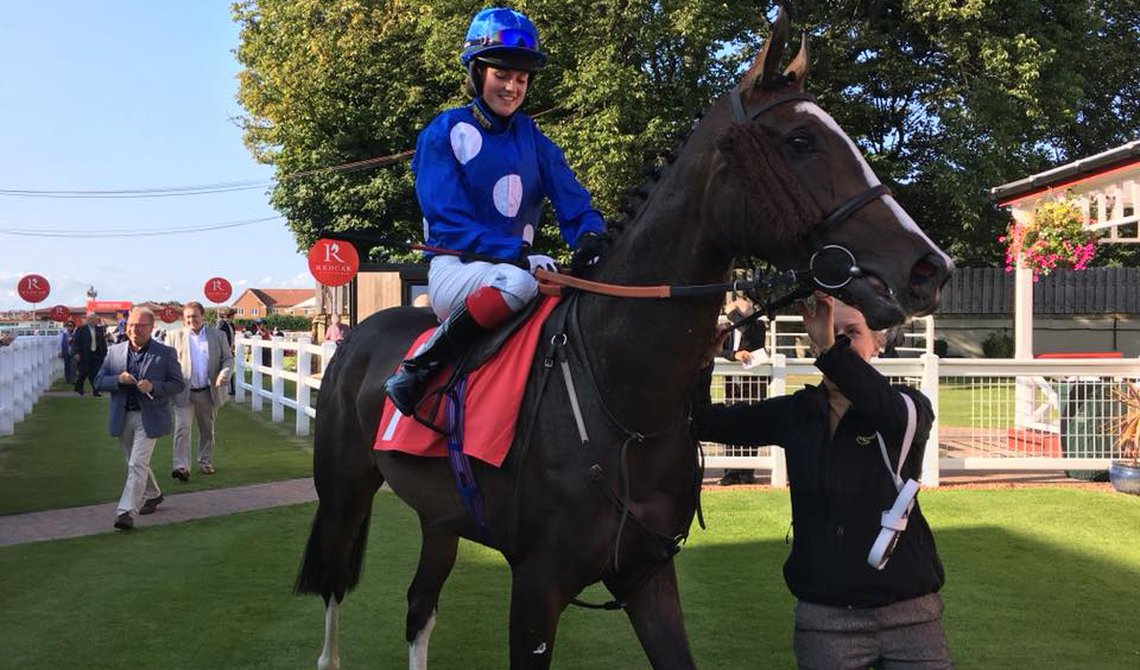 IT may have been billed as “Gin and Gents Evening” at Redcar but it was female jockeys who were the toast of the seaside track after claiming four of the seven races.

Saturday’s seven-race card got underway with a father and daughter success in the Racing UK’s Biggest Ever Flat Season Handicap for lady amateur riders. Emily Easterby made all on her dad Tim Easterby’s Bollin Joan to beat York lawyer Serena Brotherton on favourite Island Song.

Jockey Hollie Doyle then continued to make her mark on racing with a quick-fire double in races two and three for Lambourn trainer Archie Watson.

Hollie, who is forging a reputation as one of the top female jockeys, won the Get So Much More With Racing UK Novice Auction Stakes, on Fognini, who just held on from Richard Fahey’s Liquid Lunch.

Half an hour later, she was back in the winner’s enclosure when Concello justified favouritism in the Bakers Tailoring And Formal Hire Fillies’ Novice Stakes despite wandering off a true line.

Tinkler also had to settle for the runners-up berth when Kaeso was outbattled by Racemaker, trained at Leyburn by Andy Crook and ridden by Kevin Sott, in the Racing UK Straight Mile Series Handicap.

The strength of jockey PJ McDonald was shown to great effect when winning the Best Flat Races Live On Racing UK Handicap on Misty Birnam for Worcestershire trainer Ian Williams, despite the gelding missing the break.

There was a terrible incident in the Market Cross Jewellers Handicap when Simon Crisford’s Newmarket raider Eyecatcher suffered a fatal injury and fell inside the final furlong when coming to win the race. Jockey Phillip Makin was taken to hospital and was subsequently found to have broken a bone in his neck.

The race was won by Julie Camacho’s Bill Cody, who held off Tim Easterby’s The Knot Is Tied under a Jason Hart. Both horses were winners at Redcar’s previous meeting.

Richard Peck, who owns Bill Cody with his wife Judy, said: “We’re delighted that he’s won again but it’s obviously bitter sweet in the light of what happened to Eyecatcher.”