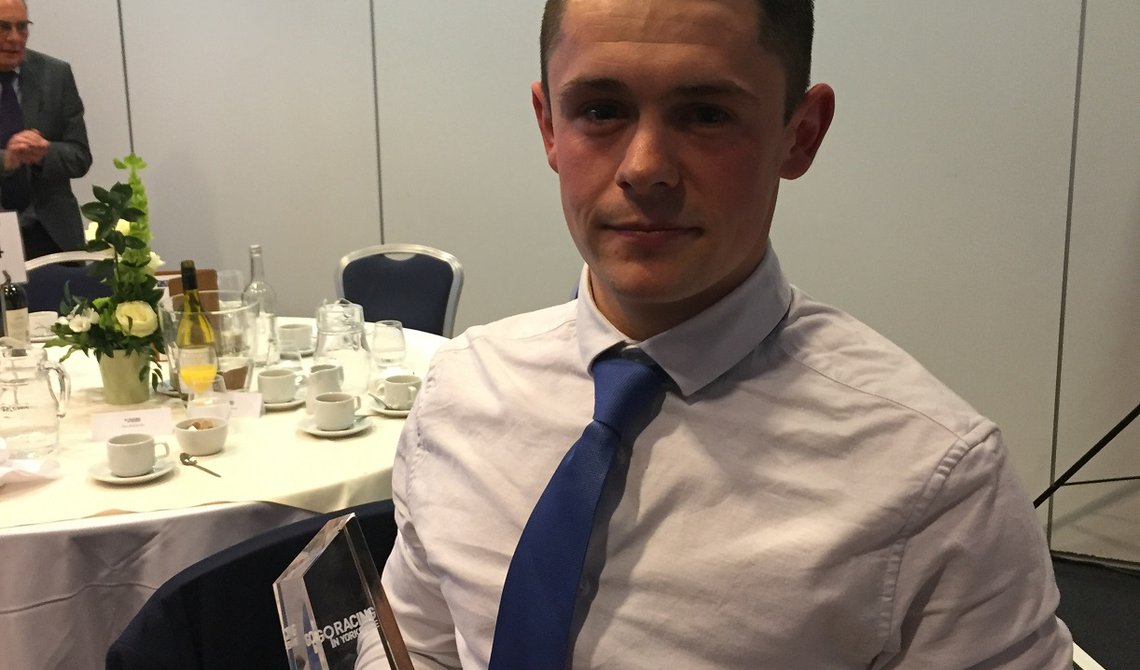 Gallant filly Laurens has been crowned “Horse of the Year” at Go Racing In Yorkshire’s annual awards.

Burke added: “Everyone describes her as tough and she certainly is but she’s also very good as well. She was always a beautiful mover.”

Owner John Dance was unable to attend the ceremony, but Burke said Laurens would be back in serious training in January, with her first obvious target the Lockinge Stakes over a mile at Newbury in May.

Laurens had a stellar 2018, winning the Prix Diane at Chantilly in June, before beating hot favourite Alpha Centauri in the Matron Stakes at Leopardstown, and then the Sun Chariot Stakes at Newmarket. Her final appearance on Champions Day at Ascot, when she was a disappointing eighth behind Roaring Lion was “one race too many”.

Fellow Middleham trainer Mark Johnston was given a special award for training more winners than any other British trainer. His son and assistant trainer, Charlie, collected the award and told the audience he expected a big season from Mildenberger, who hasn’t been seen since finishing second in the Dante Stakes at York last May. He added that Irish One Thousand Guineas entry, Natalie’s Joy, was also considered to be a high-class filly.

Schofield's last winner of the season. was on Lucky Lodge here at Redcar.