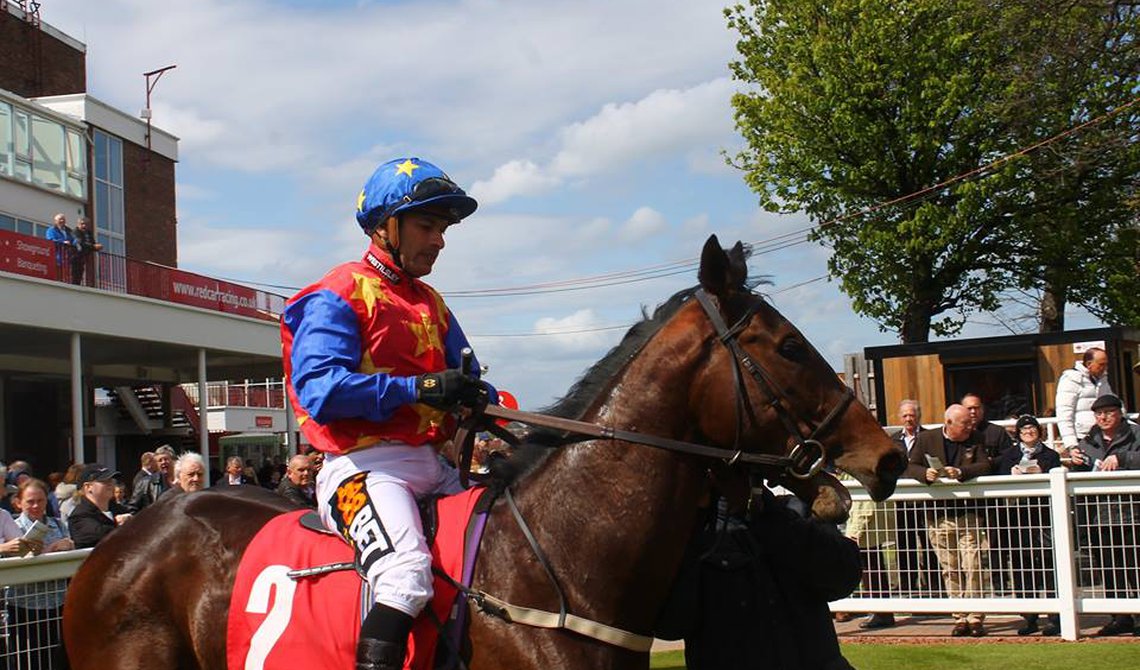 Champion jockey Silvestre de Sousa notched a double at Redcar’s belated first meeting of the season – and he’s back at the seaside track again on Monday.

Redcar warms up for the Racing UK Zetland Gold Cup premier meeting a week on Monday with an eight-race card and the champion again looks likely to be among the winners.

De Sousa’s best chance appears to be in the 5.05pm aboard Savannah, who is making her first appearance for Wiltshire trainer Roger Charlton since being switched from Roger Varian’s yard.

Savannah showed promise with seconds at Kempton and Goodwood last season and this looks her opportunity to open her account.

De Sousa is always to be feared when he teams up with his old boss, Mark Johnston, and the champion could also take the final race of the day. There are question marks against all the main protagonists so it’s worth taking a chance with Johnston’s If We Can Can, who was running for the first time in 310 days when eighth to Thundercloud at Redcar’s first meeting of 2018.

The eight-race card gets underway with a tricky two-year-old contest at 2.05pm. Richard Fahey’s Zebzardee was nearest at the finish when third of 10 at Beverley last time and another former champion jockey, Paul Hanagan, is again in the saddle.

Likely market rival Big Ace, trained in North Yorkshire by Tim Easterby, was second last time at Beverley behind another Fahey inmate – Wasntexpectingthat – so it’s well worth watching the betting for clues as to the likely outcome. Market moves for Mark Johnston’s Aisling are also worth noting with De Sousa in the saddle.

Newmarket trainer Julia Feilden sent Terri Rules up to Newcastle to win on the all-weather earlier this month and the filly will be fancied to follow up back on Redcar’s turf in the 2.35pm, Division 1 of The Racing UK HD on Sky 426 Handicap Stakes.

Hardly a Redcar meeting goes by without Danny Tudhope riding winners, and Liamba, trained by David O’Meara, appeals in the 3.05pm, having kept on in the final furlong to be fourth last time at Thirsk.

Newmarket trainer Roger Varian looks to have the answer to the 3.35pm, The Pat and Les Holmes Celebration Fillies’ Novice Stakes, with young David Egan claiming a useful three pounds on Hermosita, who should strip fitter after a Wolverhampton third.

Another Newmarket raider, Robert Cowell’s Zamjar goes for a three-timer in the feature race of the day, The Watch Racing UK in stunning HD
Handicap Stakes at 4.05pm, having already won at Chelmsford City and Lingfield this season, and has the benefit of Redcar specialist Danny Tudhope doing the steering.

Finally, good luck to the commentator as Beatbybeatbybeat looks to have strong claims for Antony Brittain and Cam Hardie in the remaining race of the day at 4.35pm. The chestnut mare was staying on well last time when third at Wolverhampton.