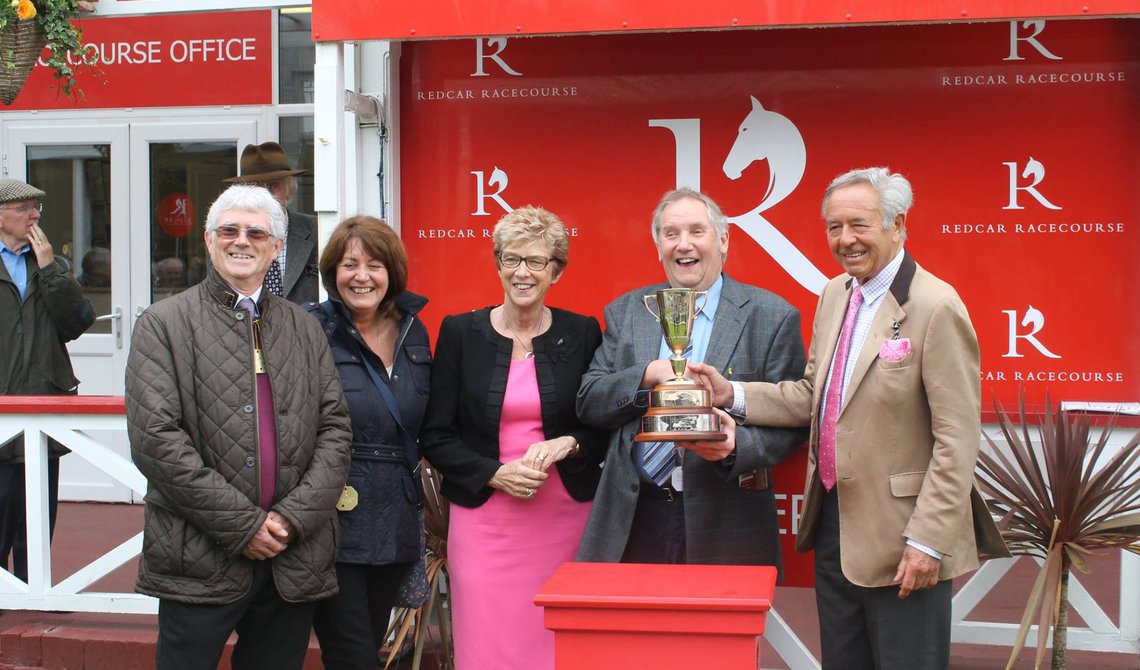 The big guns from the south are out for one of the highlights of the season at Redcar on Monday – but Middleham maestro Mark Johnston is fancied to keep the prize in the north.

Johnston clearly targets the Racing UK Zetland Gold Cup for progressive types, having won the race with Fire Fighting in 2015 and Revolutionist in 2016 before being second with Rainbow Rebel last year.

This year, he goes into battle with Abareeq, who won by four and a half lengths over a mile and a half at Newmarket last time out.

With master tactician Joe Fanning again in the saddle, Abareeq could be hard to peg back over two furlongs shorter.
There’s no shortage of strong opposition with Saeed Bin Suroor sending up Leader’s Legacy, an odds-on scorer on the all-weather at Wolverhampton last time. Before that, Leader’s Legacy was considered good enough to take his chance at Royal Ascot, in the Britannia Stakes, and Pat Cosgrave heading north for a single ride is eye-catching.

William Haggas also sends up a raider from Newmarket in the form of Seniority, a recent winner at Chelmsford City.

And Midlands trainer Ian Williams, who won the Zetland Gold Cup with Cashpoint in 2014, makes this year’s renewal even more competitive with Restorer, who made virtually all and ran on strongly to win over 1m 2f at Chester last time.

The sight of Briardale powering clear by six lengths to win last year’s Zetland Gold Cup will be fresh in punters’ minds but it’s all gone wrong for James Bethell’s Middleham charge since then and he finished last of 34 at Newmarket on his last run. Back on song, he would be a big threat at long odds.

The Bank Holiday card at Redcar gets underway at 1.50pm with the Visit The All new racing.uk.com Novice Auction Stakes and Richard Fahey’s Essenza, who ran a solid race to be second on her debut at Ripon on May 11, looks the answer.

David O’Meara runs two in the seller at 2.25pm – Acrux and Warrior’s Spirit. Stable jockey Danny Tudhope rode both in their last races and is on board Warrior’s Spirit this time. That said, preference is for Ben Haslam’s Eponina, who’s been knocking on the door with seconds at Kempton and Southwell.

Saisons D’Or, trained by Jedd O’Keeffe at Middleham, was beaten only a neck by a Newmarket raider at Newcastle last time and will be fancied to go one better in the Racing UK Profits Returned To Racing Median Auction Maiden Stakes at 3pm.

Iain Jardine’s raider from the Borders, Miss Dd, caught the eye when staying on to finish second in the final strides at Carlisle a week ago and is the selection for the Watch Racing UK in Stunning HD Handicap at 3.35pm.

The Market Cross Jewellers Handicap at 4.45pm is another tricky heat with Mark Johnston’s X-rated and David O’Meara’s Fleetwood Jack having leading claims. However, Scottish Summit, trained at Thirsk by Geoff Harker, kept on well to win at Nottingham last time and is taken to follow up.

Despite being slowly away, David O’Meara’s Sunrize finished a decent fourth of 11 at Doncaster on testing going in March. Conditions will be a lot different this time but, with Redcar specialist Danny Tudhope doing the steering, he’s taken to round things off in the Come Racing Again Tomorrow Handicap at 5.20pm

As the name of the last race suggests, Redcar also races on Tuesday.